Accessibility links
So Just How Does The U.K. Divorce The EU? : The Two-Way On paper, there's a tangled legal process, but it has never been tested and leaves some issues unaddressed.

So Just How Does The U.K. Divorce The EU?

So Just How Does The U.K. Divorce The EU? 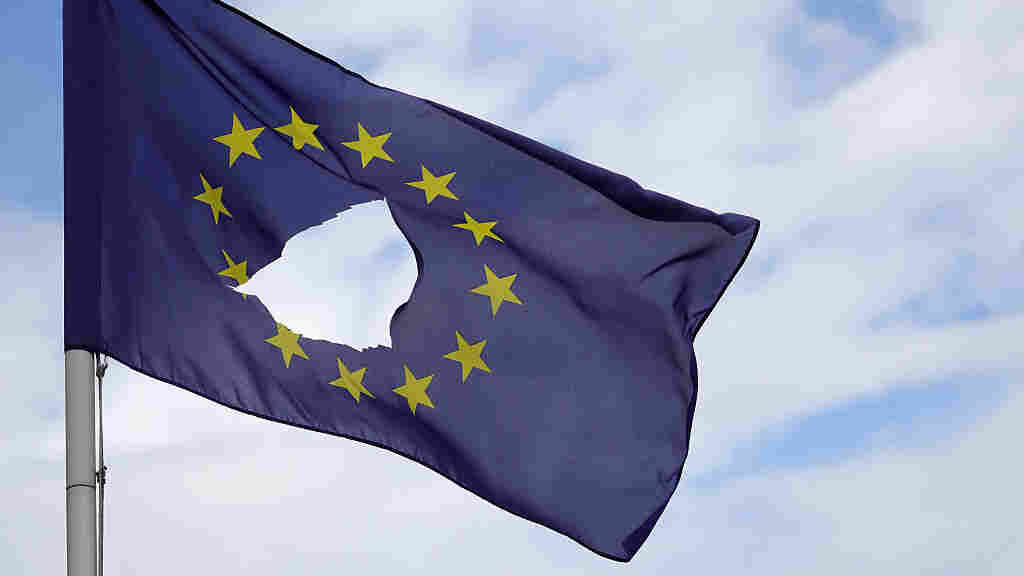 A European Union flag with a hole cut in the middle flies at half-staff outside a home in Knutsford, England, after the results of the Brexit referendum. Christopher Furlong/Getty Images hide caption 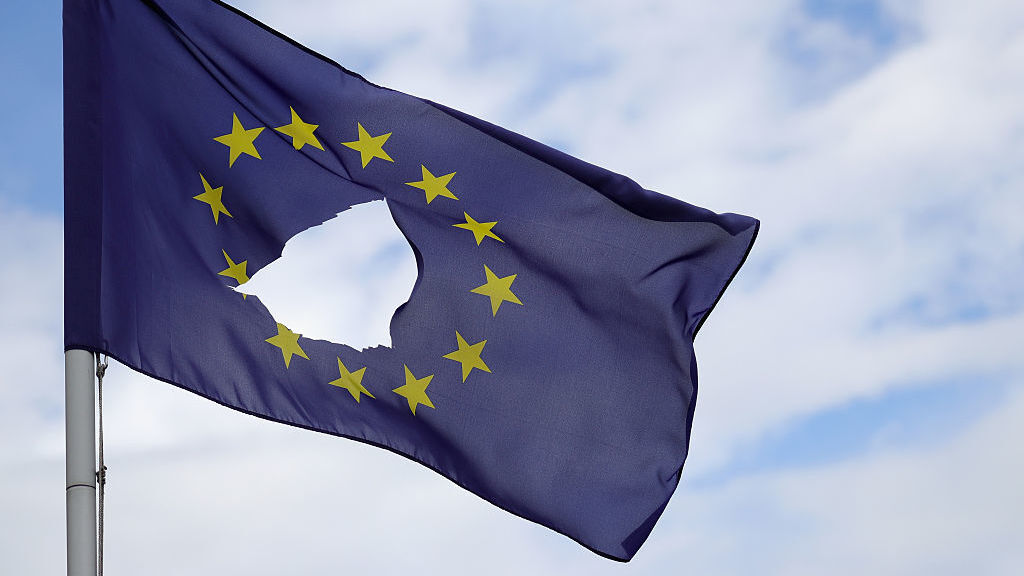 A European Union flag with a hole cut in the middle flies at half-staff outside a home in Knutsford, England, after the results of the Brexit referendum.

The decision is made and now comes the long and complicated job of decoupling the U.K. from the European Union. On paper, there is a tangled legal process, but it has never been tested and leaves some issues unaddressed.

The first step is for the U.K. to formally notify the European Union of its decision to leave. This is done by invoking a provision known as Article 50 of the Lisbon Treaty. It's up to the prime minister to pull the trigger on Article 50, and David Cameron, who says he will resign, has indicated he will leave that to whoever succeeds him as head of the Conservative Party.

Many analysts believe it's a good thing to have a few months before triggering Article 50, which starts a two-year time clock on negotiating an exit — a very short window considering how much needs to be decided following this momentous Brexit vote.

Many of the U.K.'s laws and regulations are bound up in European laws. The Wall Street Journal says Britain can't just unilaterally scrap legislation and escape the EU without breaking a whole host of European and international laws.

The U.K. will have to abide by the EU's laws and treaties until the divorce is final. And it's not allowed to weigh in on other EU business as it negotiates a withdrawal and the terms of its relationship with the now 27-nation bloc, according to the BBC.

The terms of the trading relationship between the U.K. and the EU also will have to be worked out — will it negotiate with the bloc as a single entity or will it hammer out separate deals with member countries?

Other issues will include which financial regulations will still apply to the U.K., freedom of cross borders, and security cooperation.

The bottom line is that after Brexit, every part of how the U.K. and its people interact with the EU will have to be examined and, quite likely, changed.

For example, imagine a British couple who moved to Paris several years ago carrying EU passports issued by the U.K. They had a child there and run a small business. At some point, the U.K. will likely issue new passports without the words 'European Union' emblazoned on the cover. But what passport will their child require — U.K. or EU? How will Brexit affect the health care they've been receiving in France under the EU system? What happens to the retirement contributions they've been making while in France?

In his resignation statement, Cameron said any exit negotiation would take time to develop and would involve consultations with the other governments in the U.K. — Wales, Scotland and Northern Ireland.

Already, there is the first pinch of exclusion — the EU is to convene its first summit of 27 leaders on Wednesday without Britain.

A previous version of this post stated that the EU issues passports to citizens of member states. In fact, EU member states issue passports.