Accessibility links
After 'Brexit' Vote, Labour Leader Jeremy Corbyn Faces Open Revolt Inside His Shadow Cabinet : The Two-Way The U.K.'s dramatic decision to leave the European Union has set off a mutiny within the opposition party against leader Jeremy Corbyn. At least 12 ministers have resigned from the shadow cabinet. 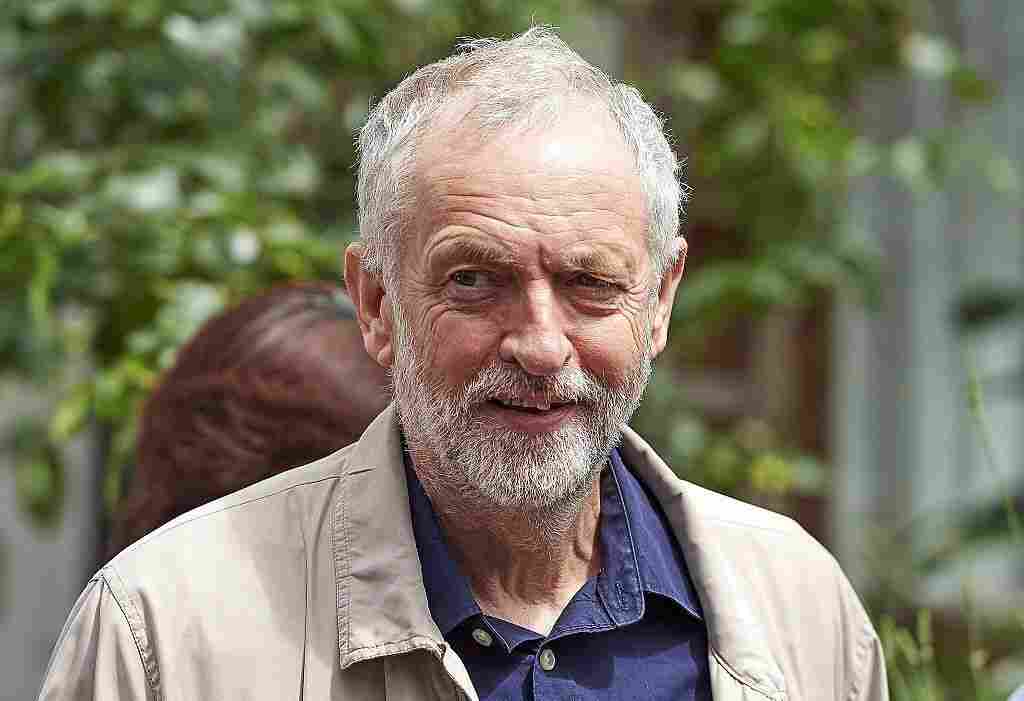 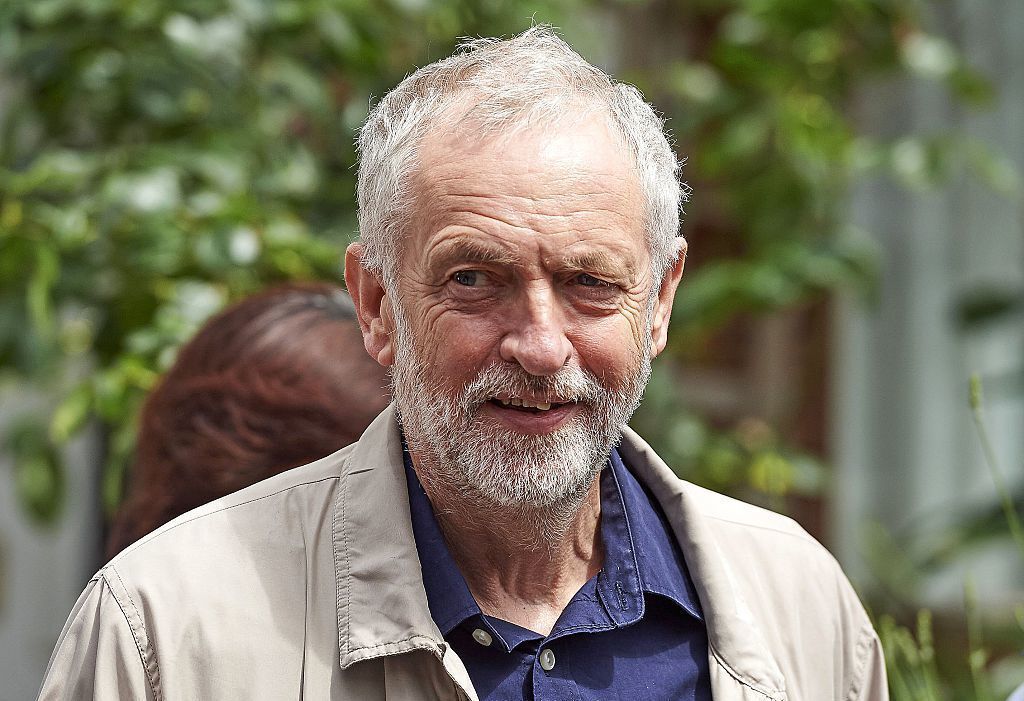 The U.K.'s dramatic decision to leave the European Union has set off an open mutiny within the opposition Labour Party against the party's leader, Jeremy Corbyn.

The BBC reports that at least 12 ministers have resigned from their positions on the shadow cabinet; in the British system, that's the government body that criticizes the ruling party's government and presents alternatives.

"Within hours more shadow cabinet ministers announced their resignations amid concern that Corbyn is not the leader the party needs to see it through the upheaval caused by the Brexit vote," Peter says. He adds that Corbyn has "vowed to fight any challenge."

Corbyn's critics accuse him of mounting a "halfhearted" campaign in favor of remaining in the EU. As NPR has reported, "Labour mobilized its resources fairly late in the game, and voters in many Labour strongholds cast ballots in large numbers in favor of the Brexit." Corbyn is "regarded as the most Eurosceptic Labour leader in years," as the BBC reported.

Two Labour MPs submitted a motion of no confidence against Corbyn, the BBC reported, and "it is expected to be considered at the next meeting of Labour MPs on Monday."

Corbyn does have vocal supporters, including powerful trade unionists like Len McCluskey. The general secretary of Unite, Britain's largest trade union, accused the MPs who resigned of "plunging their party into an unwanted crisis" and betraying the national interest in a Guardian opinion piece. 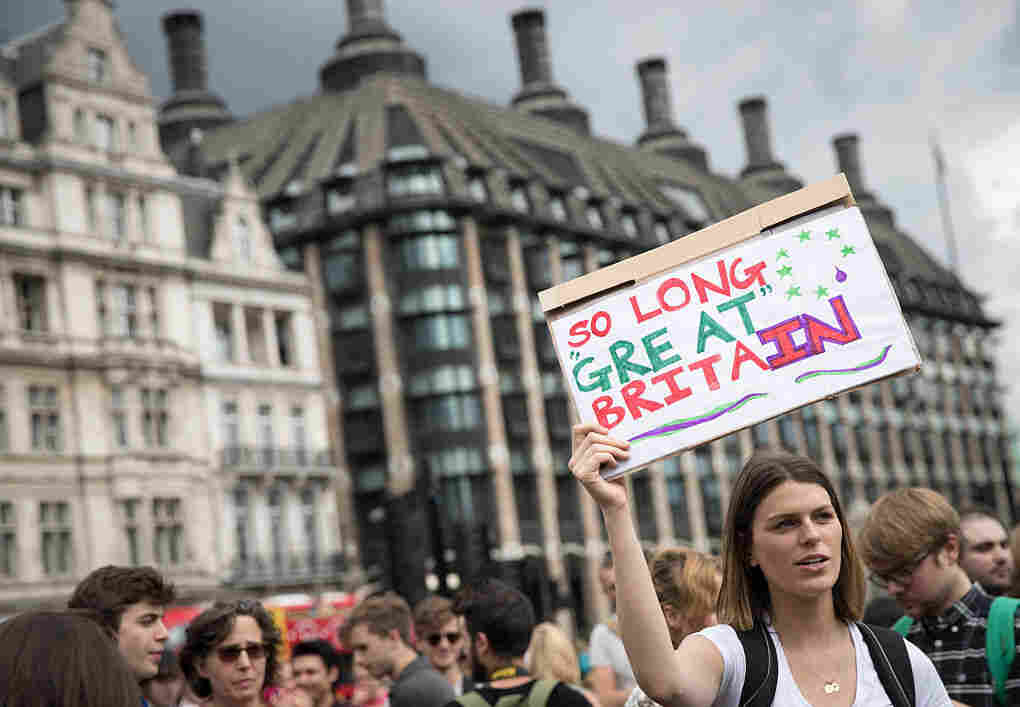 The ruling Conservative party is also embroiled in a leadership crisis, with David Cameron resigning as prime minister after the referendum result was announced.

Sturgeon said on Sunday Politics Sunday that a consent motion from the Scottish Parliament may be required in order to pass legislation that would allow the U.K. to leave the EU. She says in that case, she'd ask the parliament not to consent. Here's more from Sturgeon:

It's not clear what Scotland would actually have the power to do in this situation. According to Reuters, "Under the UK's complex arrangements to devolve some powers to Scotland, Wales and Northern Ireland, any legislation before the Westminster parliament to withdraw Britain from the EU may also have to gain consent from the three devolved parliaments."

But Constitutional law expert Adam Tomkins tells The Guardian that "withholding consent is not the same as having the power to block." He adds: "The Scottish parliament does not hold the legal power to block [the UK exiting the EU]."

This is how the BBC's Brian Taylor summed up this uncertainty:

"So it could be argued — it is already being argued — that, if it came to a constitutional battle, Westminster would have the final say. Holyrood might withhold consent for the legislative moves to implement Brexit.

"Westminster might note such a verdict, no doubt with polite gratitude — then proceed to implement Brexit, exercising its over-riding sovereignty.

"Would that be wise? Would it be politically smart? Those are different questions, to discuss should this issue arise for real."

Scotland strongly favored remaining in the EU. Sturgeon has said that in light of the Brexit vote result, a referendum for Scotland to leave the U.K. is on the table.