Accessibility links
Pope Francis: Church Should Apologize To Gays And Other Marginalized Groups : The Two-Way Aboard a flight from Armenia, the pontiff said the Church owes an apology not only to gay people, but also to other marginalized groups. "We Christians must say we are sorry," he said. 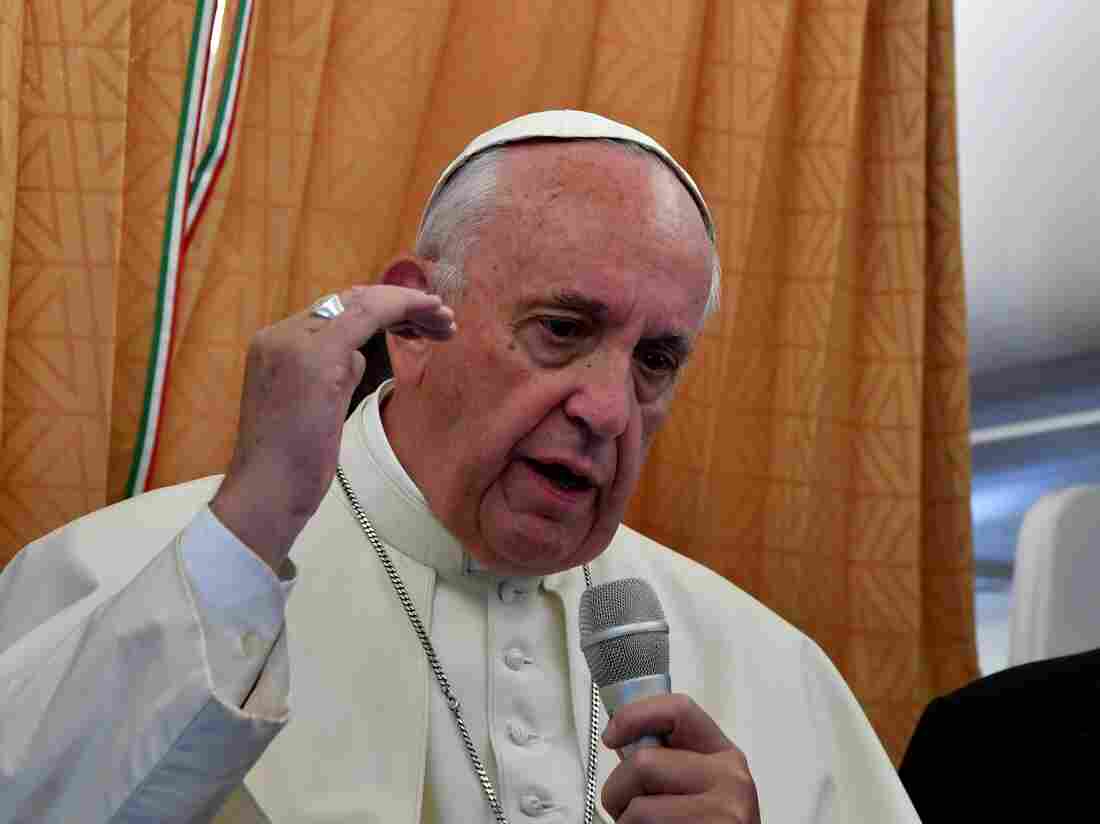 Pope Francis talks to journalists on his flight back to Rome on Sunday, following a visit to Armenia. Tiziana Fabi/AFP/Getty Images hide caption 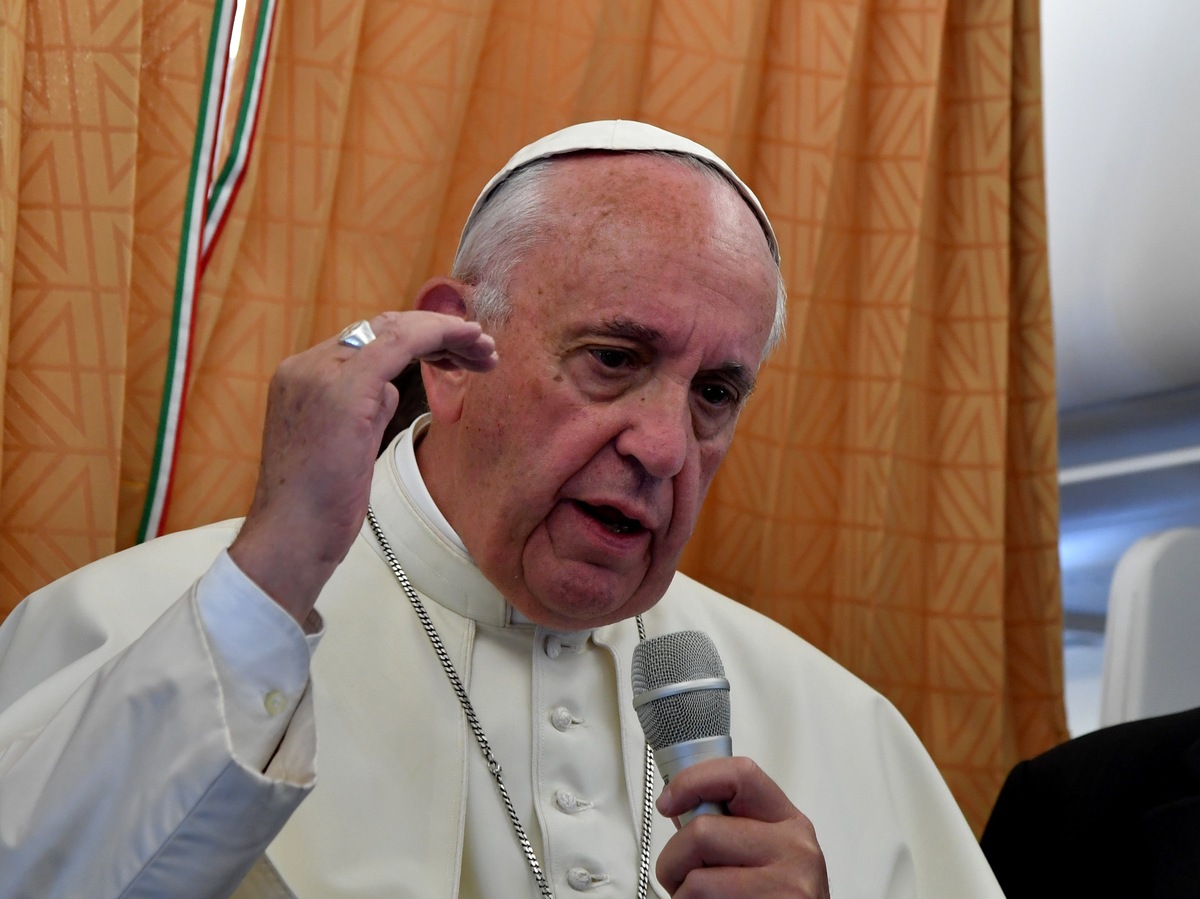 Pope Francis talks to journalists on his flight back to Rome on Sunday, following a visit to Armenia.

Aboard a flight home from Armenia, Pope Francis fielded a pointed question from reporters: Did he agree with German Cardinal Reinhard Marx, who, in the wake of the Orlando shooting, said gays deserve an apology from the Church?

His answer was frank.

"I believe that the church not only should apologize to the person who is gay whom it has offended," the pope told reporters, "but has to apologize to the poor, to exploited women, to children exploited for labor; it has to ask forgiveness for having blessed many weapons."

Marx, a close adviser to Pope Francis, had told a conference in Dublin that the church must apologize for having consistently marginalized gay people in the course of its history. At the mention of the Orlando shooting, the Catholic News Service reports, the pope closed his eyes as if in pain — then expanded on Marx's comments.

"The church must say it is sorry for not having behaved as it should many times, many times — when I say 'the church,' I mean we Christians, because the church is holy; we are the sinners," the pope said. "We Christians must say we are sorry."

He then repeated a line he first spoke in 2013, when he first signaled his divergence from his predecessor, Pope Benedict XVI, on the matter of gay Catholics. "The question is," Francis said, "if a person who has that condition, who has good will, and who looks for God, who are we to judge?"

Vatican spokesman Father Federico Lombardi clarified that the pope, when referring to a "condition," did not mean a medical condition but rather "a person in that situation," Reuters reports.

That was not all. As NPR's Sylvia Poggioli reports for our Newscast unit, the pope also covered other topics during his wide-ranging conversation with the press. Sylvia explains:

"Asked about Martin Luther, the German monk who launched the Protestant Reformation, Francis said, 'His intentions were not wrong. He was a reformer protesting against a church rife with corruption, worldliness and lust for power.' "

Ultimately, Pope Francis said, "we Christians have much to apologize for" — and those apologies need not be confined to just one area.