Accessibility links
WATCH: Jesse Williams On Black Lives, Equal Rights And Freedom : The Two-Way As he accepted BET's Humanitarian Award, the actor spoke about police brutality, oppression and the appropriation of black culture. "We've been floating this country on credit for centuries," he said.

At the BET Awards on Sunday night, after receiving the network's humanitarian award, Jesse Williams began with the usual litany of thanks. Standing with a slight hunch over a too-short microphone, he celebrated his parents and his wife.

With that out of the way, the real speech began.

"This award, this is not for me," the activist and Grey's Anatomy star said. He honored activists, civil rights attorneys, parents, teachers, and "the students that are realizing that a system built to divide and impoverish and destroy us cannot stand if we do." He particularly celebrated black women. 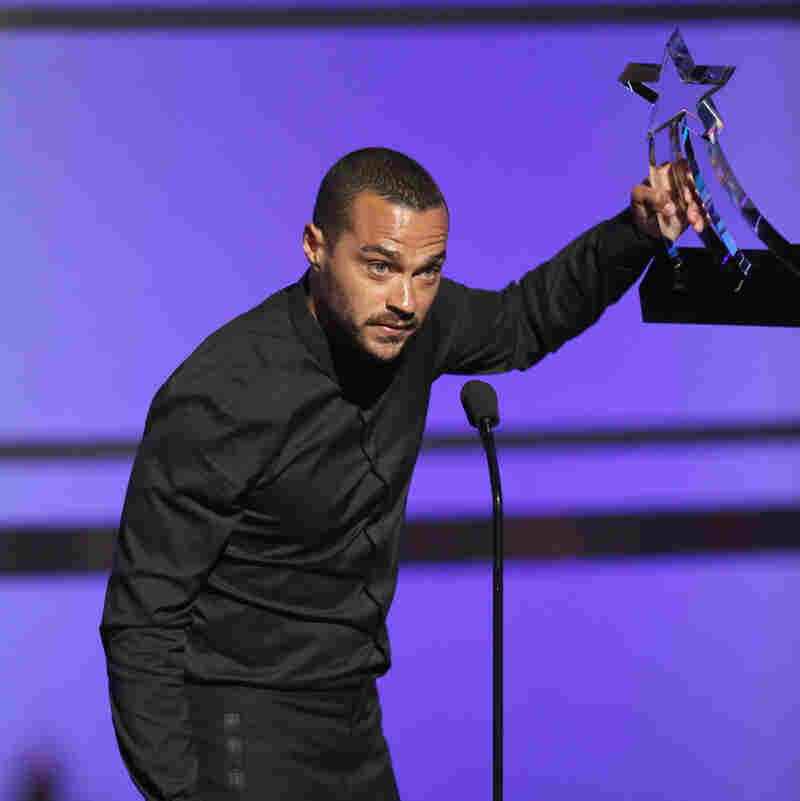 Jesse Williams accepts the humanitarian award at the BET Awards at the Microsoft Theater in Los Angeles on Sunday. Matt Sayles/Invision/AP hide caption 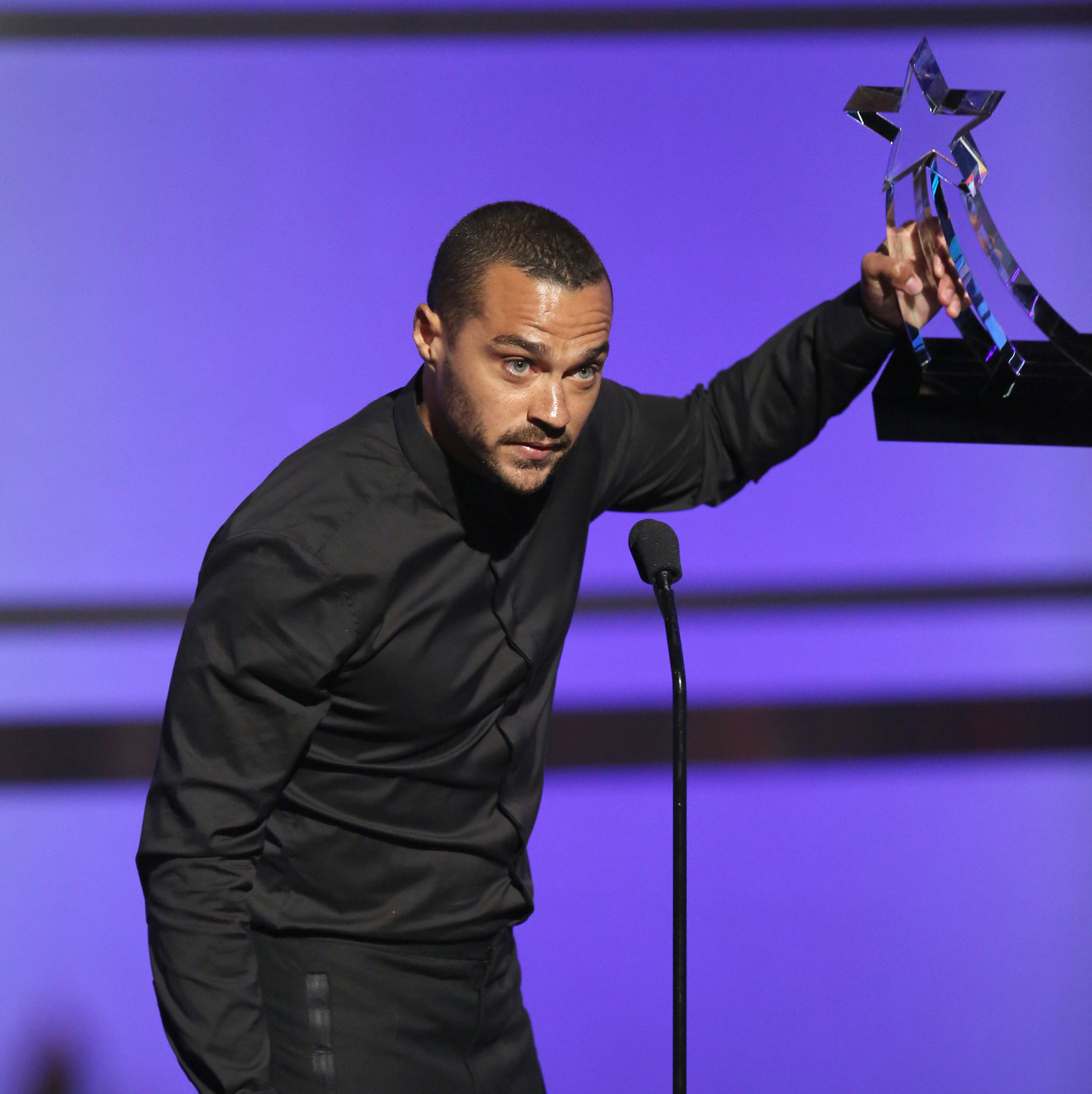 Jesse Williams accepts the humanitarian award at the BET Awards at the Microsoft Theater in Los Angeles on Sunday.

He condemned police brutality against people of color: "What we've been doing is looking at the data, and we know that police somehow manage to de-escalate, disarm and not kill white people every day. So what's gonna happen is we are going to have equal rights and justice in our own country, or we will restructure their function, and ours."

The crowd rose in a standing ovation.

"I don't want to hear anymore about how far we've come when paid public servants can pull a drive-by on a 12-year-old playing alone in a park in broad daylight, killing him on television and then going home to make a sandwich," he said, invoking the name of not just Tamir Rice but also Rekia Boyd and Eric Garner and Sandra Bland and Darrien Hunt.

Then he told a room packed with black celebrities that just making money "isn't gonna stop this." He continued:

"There has been no war that we have not fought and died on the front lines of. There has been no job we haven't done. There's no tax they haven't levied against us. And we've paid all of them. But freedom is somehow always conditional here. 'You're free,' they keep telling us. 'But she would have been alive if she hadn't acted so — free.'

"Now, freedom is always coming in the hereafter. But you know what, though? The hereafter is a hustle. We want it now."

He excoriated those who criticize black activists but don't call out oppression and brutality. And he had sharp words for those who profit off black culture without promoting black equality.

"We've been floating this country on credit for centuries, yo, and we're done watching and waiting while this invention called whiteness uses and abuses us, burying black people out of sight and out of mind, while extracting our culture, our dollars, our entertainment like oil — black gold. Ghettoizing and demeaning our creations then stealing them, gentrifying our genius and then trying us on like costumes before discarding our bodies like rinds of strange fruit," Williams said.

You can watch the whole video above.