Accessibility links
Supreme Court Throws Out Former Virginia Gov. Bob McDonnell's Conviction : The Two-Way McDonnell was sentenced to two years in prison after he was convicted of public corruption. The high court, however, ruled the government used too-broad an interpretation of the federal bribery law. 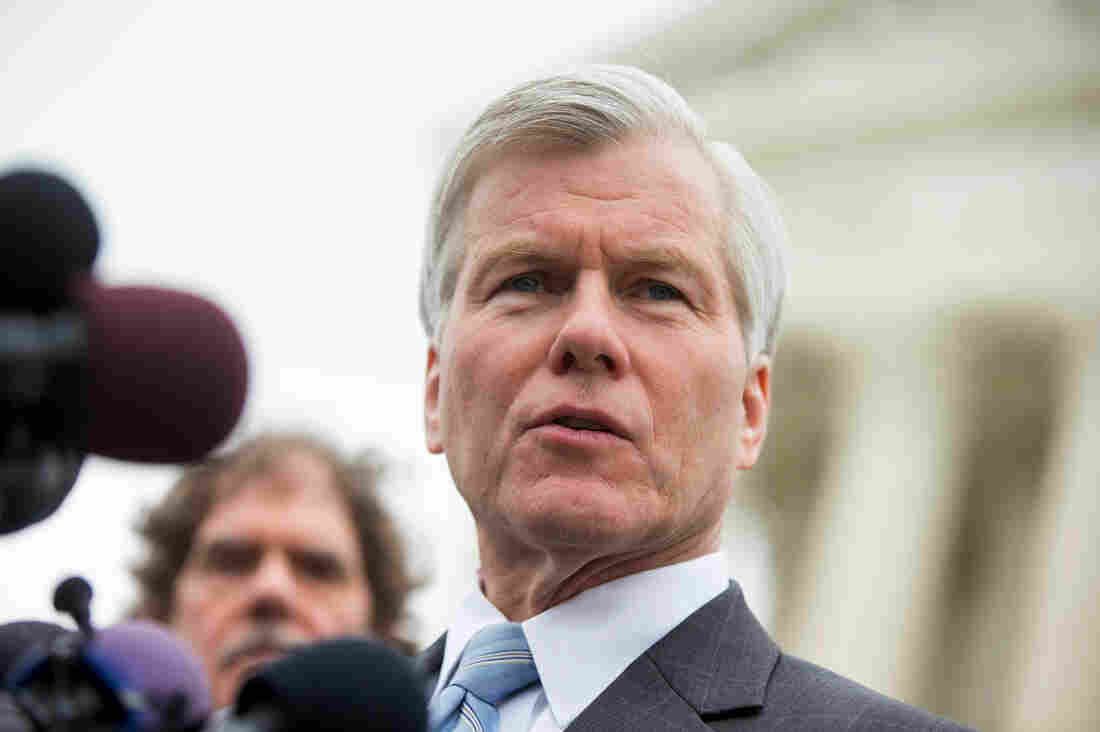 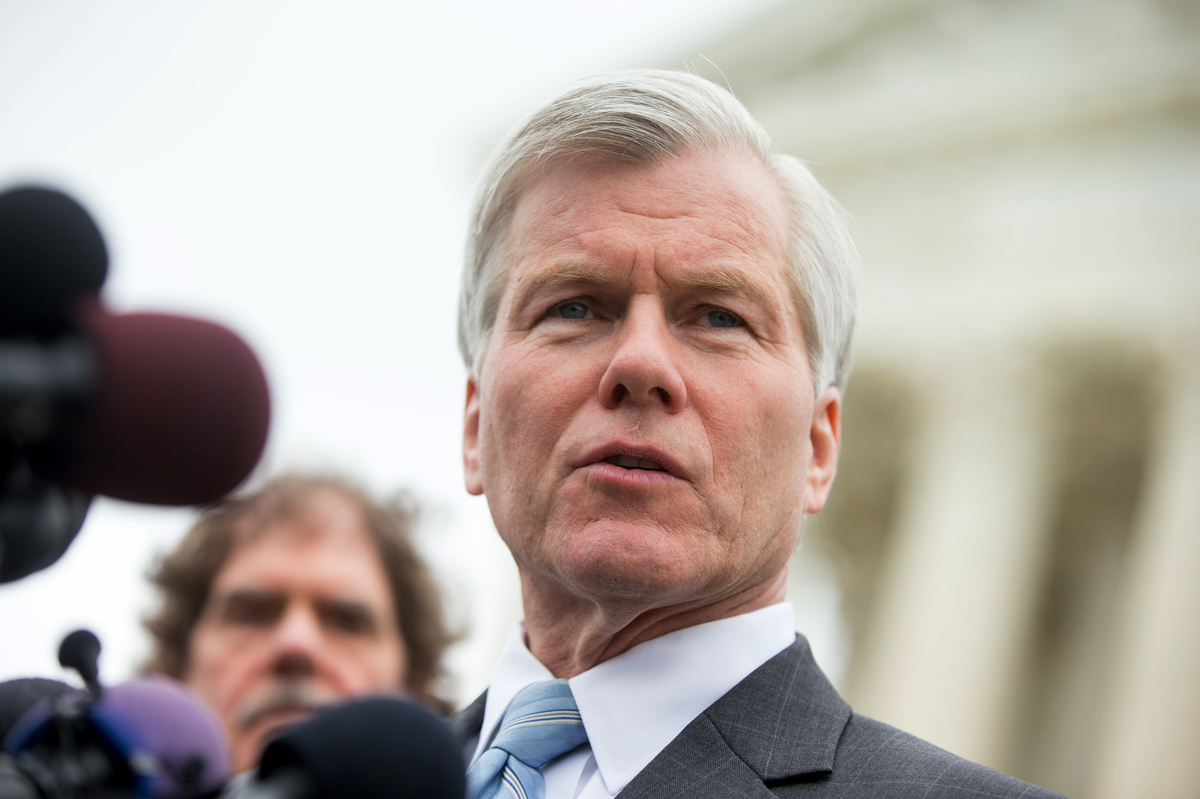 In a unanimous decision, the U.S. Supreme Court threw out the corruption conviction of former Virginia Gov. Bob McDonnell.

"There is no doubt that this case is distasteful; it may be worse than that," Chief Justice John Roberts wrote for the court. "But our concern is not with tawdry tales of Ferraris, Rolexes, and ball gowns. It is instead with the broader legal implications of the Government's boundless interpretation of the federal bribery statute."

As we reported, McDonnell was convicted of taking gifts in excess of $175,000, including a Rolex watch and the catering for his daughter's wedding, in exchange for government favors on behalf of Jonnie Williams, a businessman marketing a tobacco-related dietary supplement.

Those "government favors" or "official acts" were the big issue in this case. The question before the court was whether doing things like setting up meetings, hosting parties or calling Virginia officials to discuss Williams' business constituted an "official act."

"But conscientious public officials arrange meetings for constituents, contact other officials on their behalf, and include them in events all the time. The basic compact underlying representative government assumes that public officials will hear from their constituents and act appropriately on their concerns — whether it is the union official worried about a plant closing or the homeowners who wonder why it took five days to restore power to their neighborhood after a storm. The Government's position could cast a pall of potential prosecution over these relationships if the union had given a campaign contribution in the past or the homeowners invited the official to join them on their annual outing to the ballgame. Officials might wonder whether they could respond to even the most commonplace requests for assistance, and citizens with legitimate concerns might shrink from participating in democratic discourse."

The court found that an "official act" should be defined as a formal exercise of governmental power on something specific, something that is "pending" or "may by law be brought" before a public official.

The court did leave open the possibility that there might be evidence that McDonnell traded gifts for "official acts."

"A more limited interpretation of the term 'official act' leaves ample room for prosecuting corruption, while comporting with the text of the statute and the precedent of this Court," Roberts wrote.

It is now up to prosecutors if they want to take McDonnell to trial again with a much higher bar. McDonnell's wife, Maureen, was also convicted of corruption. Her case is being appealed, and is "directly affected" by this decision, Peter reports.