Accessibility links
California To Vote On Legalizing Recreational Marijuana : The Two-Way An initiative has officially obtained enough signatures to be placed on November's ballot. It would allow adults to possess up to an ounce of marijuana and grow up to six plants for recreational use. 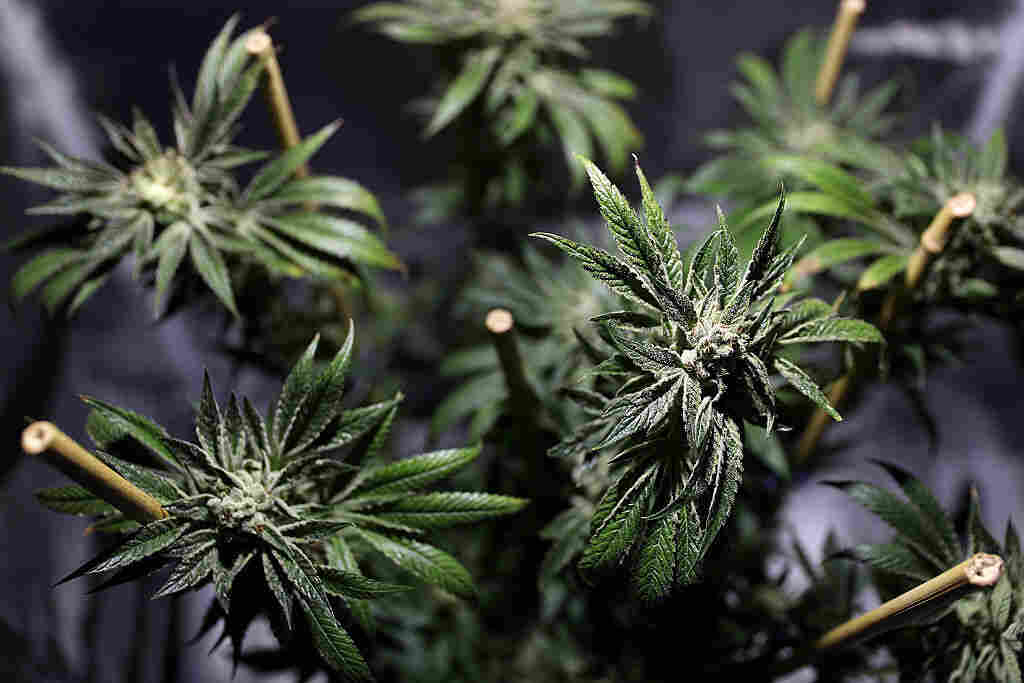 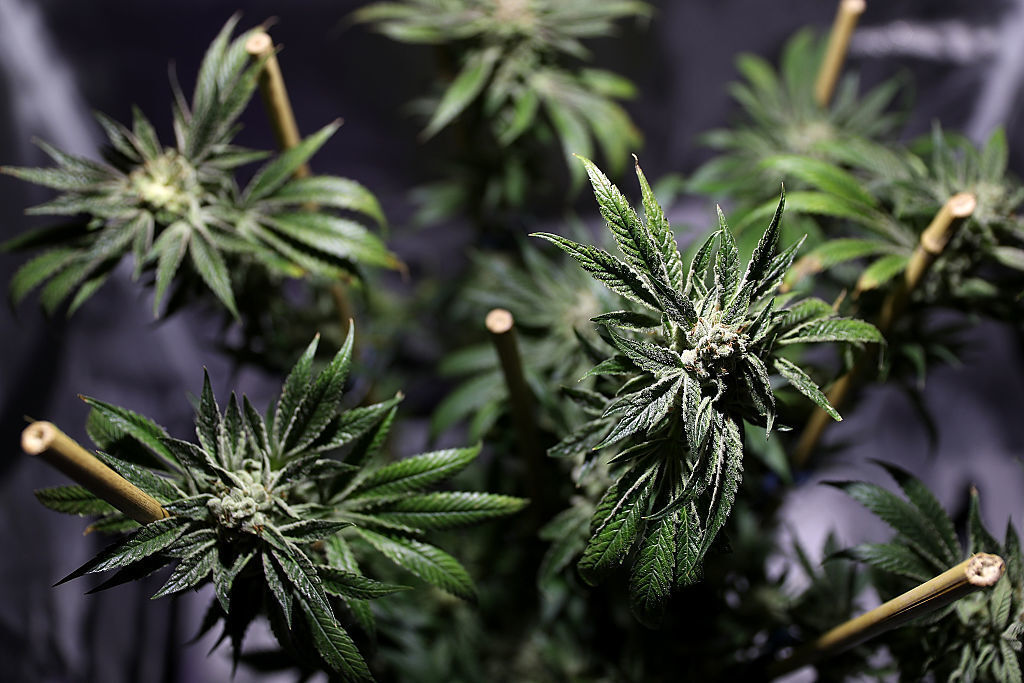 A marijuana plant is displayed during the 2016 Cannabis Business Summit & Expo last month in Oakland, Calif.

Voters in California will decide this November whether to legalize the use of recreational marijuana in the nation's most populous state.

California's secretary of state announced Tuesday that the measure had obtained enough signatures to be placed on the ballot. Its supporters have raised $3.53 million, The Sacramento Bee reports — nearly 31 times more than what opponents have raised.

The initiative would allow adults age 21 and older to possess, transport and purchase up to an ounce of marijuana and grow up to six plants for recreational use.

"Today marks a fresh start for California, as we prepare to replace the costly, harmful and ineffective system of prohibition with a safe, legal and responsible adult-use marijuana system that gets it right and completely pays for itself," Jason Kinney, spokesman for the Adult Use of Marijuana Act, said in a statement.

Should the initiative be approved by voters, the reduced costs to local and state governments for enforcing marijuana-related laws could exceed $100 million annually, according to the statement from the secretary of state. Likewise, annual state and local tax revenues from the production and sale of marijuana could reach more than $1 billion — which would primarily "be required to be spent for specific purposes such as substance use disorder education, prevention and treatment."

Supporters of the initiative include the California Democratic Party, California Lt. Gov. Gavin Newsom, the California NAACP and the ACLU of California. Former Facebook President Sean Parker has provided "major financial backing," according to the Bee.

Voters rejected a similar measure, Proposition 19, by a narrow margin in 2010. But as the Los Angeles Times reports, advocates "say the new measure has a better chance because it adds more regulation at the state level rather than letting locals dictate what happens, and comes after the state has approved a regulatory system for medical marijuana growing, transportation and sales."

And since the 2010 vote, several other western states have legalized recreational marijuana use. "This is six years later. We've already seen legalization pass and be successful in other states. So it's a different world in talking about his issue than it was," Taylor West, deputy director of the National Cannabis Industry Association, tells the Times.

In 1996, California was the first state to legalize marijuana for medical use.

Opponents to the November ballot measure include the "California Republican Party, the Teamsters Union and groups representing police chiefs and hospitals," The Associated Press writes.

"The dangers of marijuana are pretty clear in terms of motorist safety, criminal activity, impacts on society," Cory Salzillo, legislative director of the California State Sheriffs' Association, tells the wire service. "We don't believe that decriminalization will upend the black market."

As the Bee reports, "driving while impaired would still be illegal" should the measure pass. Marijuana businesses would be prohibited within 600 feet of schools, and "cannabis products could not be marketed to kids or easily confused with candy."

Recent polls show that Californians support marijuana legalization. According to a poll conducted last month by the Public Policy Institute of California, "a majority (60%) of likely voters say that, in general, marijuana use should be legal, and 37 percent say it should not be legal."