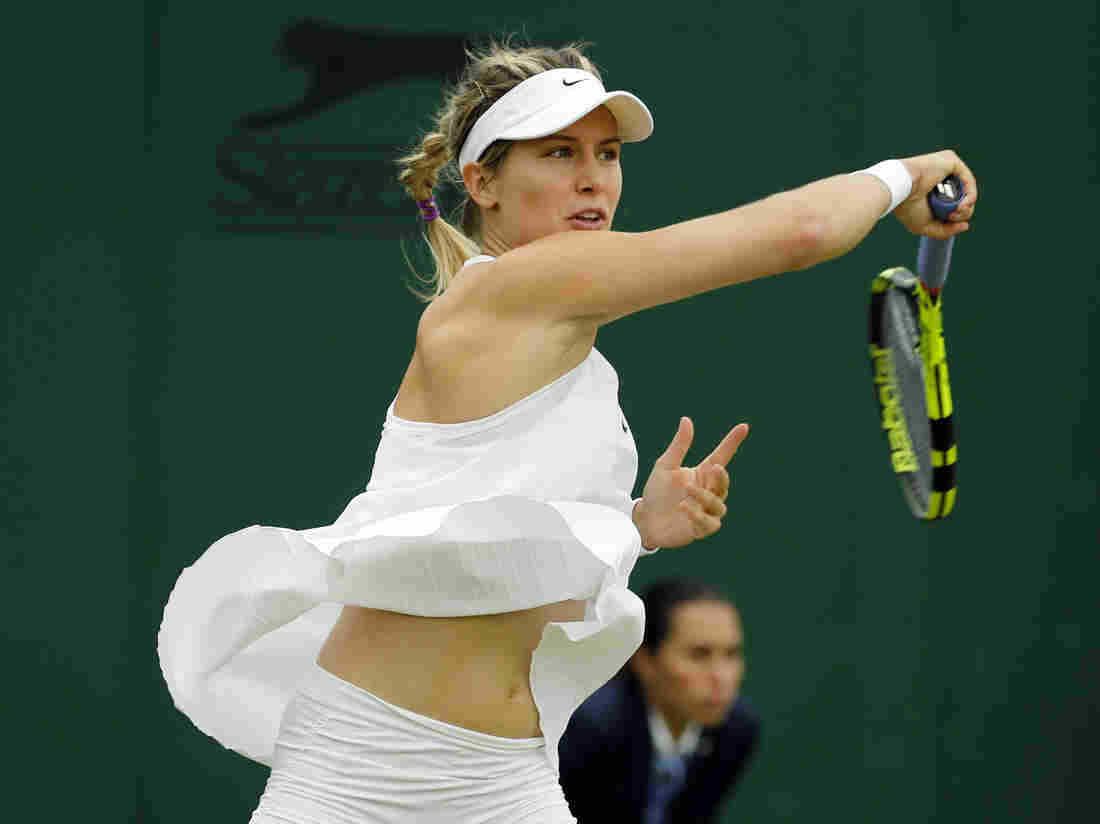 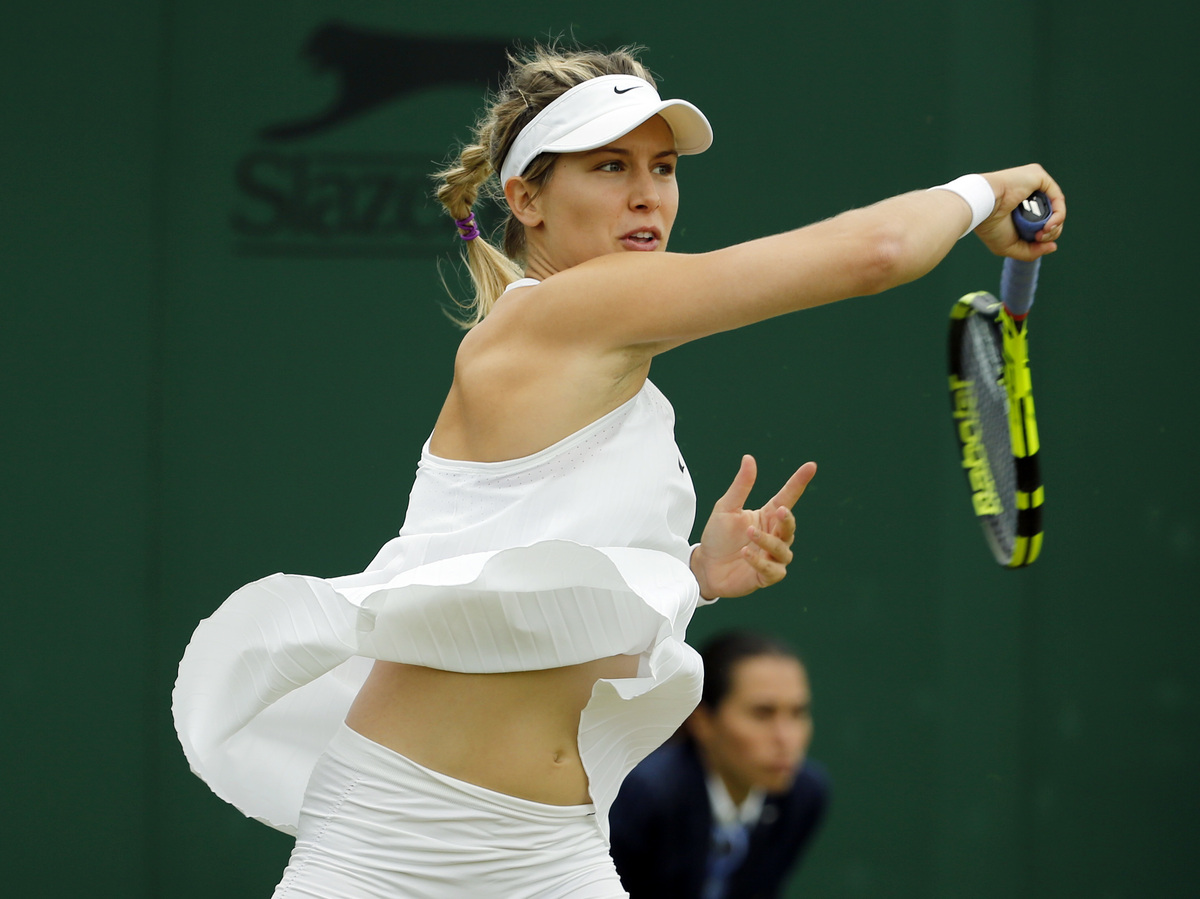 It's Day 3 of the Wimbledon tennis championships, and there's already a controversial new star: a Nike dress. 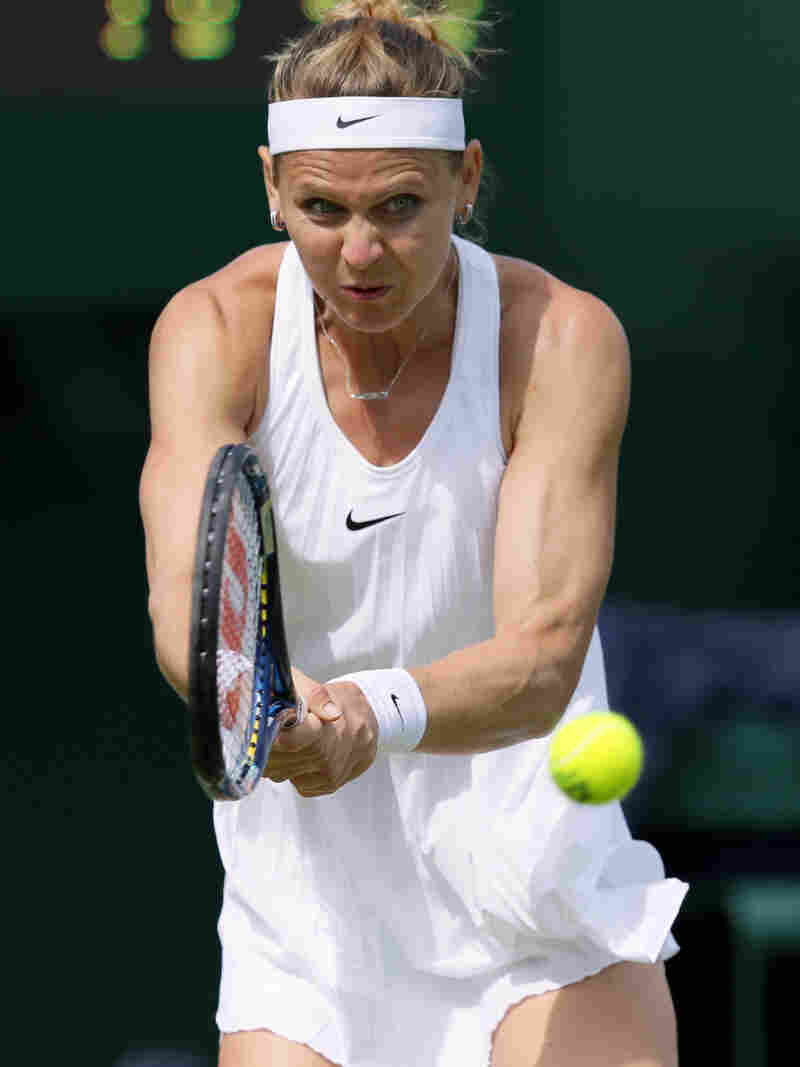 Lucie Safarova of the Czech Republic wore the pleated tennis dress without incident in the first round of Wimbledon. Tim Ireland/AP hide caption 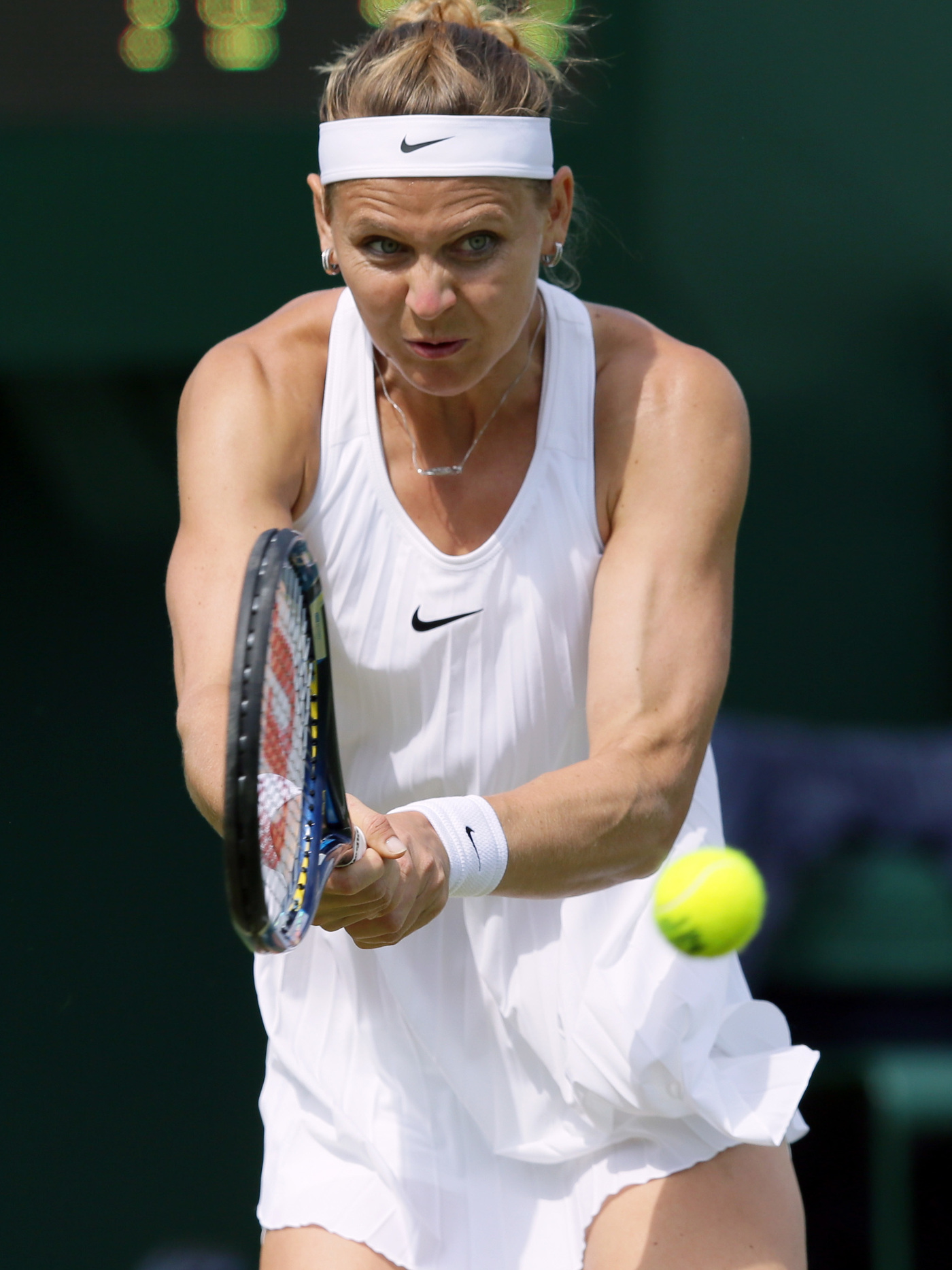 Lucie Safarova of the Czech Republic wore the pleated tennis dress without incident in the first round of Wimbledon.

The dress, which Nike provided to players it pays to wear its apparel, is "designed for incredible cooling and comfort," according to the company. But some athletes are finding that the loose, short garment gets in the way of what they came to do: play aggressive tennis.

"When I was serving, it was coming up, and I felt like the dress was just everywhere," Sweden's Rebecca Peterson tells The New York Times. She says the dress was "flying everywhere."

Peterson wore a long-sleeve shirt to hold the NikeCourt Premier Slam dress in place while she warmed up, the Times reports. Another player, Katie Boulter, tells the newspaper she wore a headband around her waist to keep the dress from flying up.

In addition to technical concerns, the offending dress caused some analysts to wonder if it even fit Wimbledon's dress code. The code is pretty simple, if highly specific: Basically, there are no colors allowed. In fact, each of the tournament's 10 dress code rules includes a detail about just how white players' outfits must be, including:

"2) White does not include off white or cream."

"9) Any undergarments that either are or can be visible during play (including due to perspiration) must also be completely white except for a single trim of colour no wider than one centimetre (10mm). In addition, common standards of decency are required at all times."

Nike's supershort pleat-tastic dress is definitely white, but it has a potentially indecent habit of flying up, particularly when players serve the ball, exposing midriffs and skintight white spandex shorts. 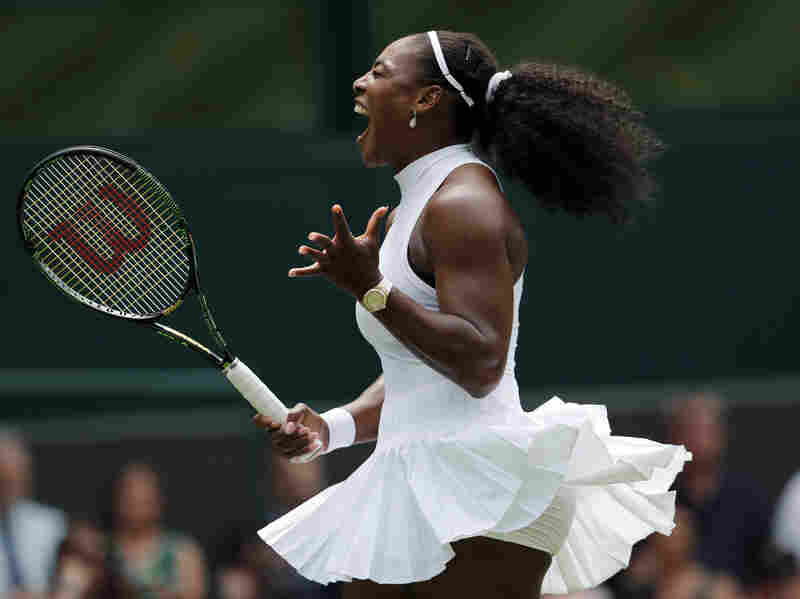 Serena Williams of the U.S celebrates a point during a match at Wimbledon. Her pleated Nike skirt was designed specifically for her. Ben Curtis/AP hide caption 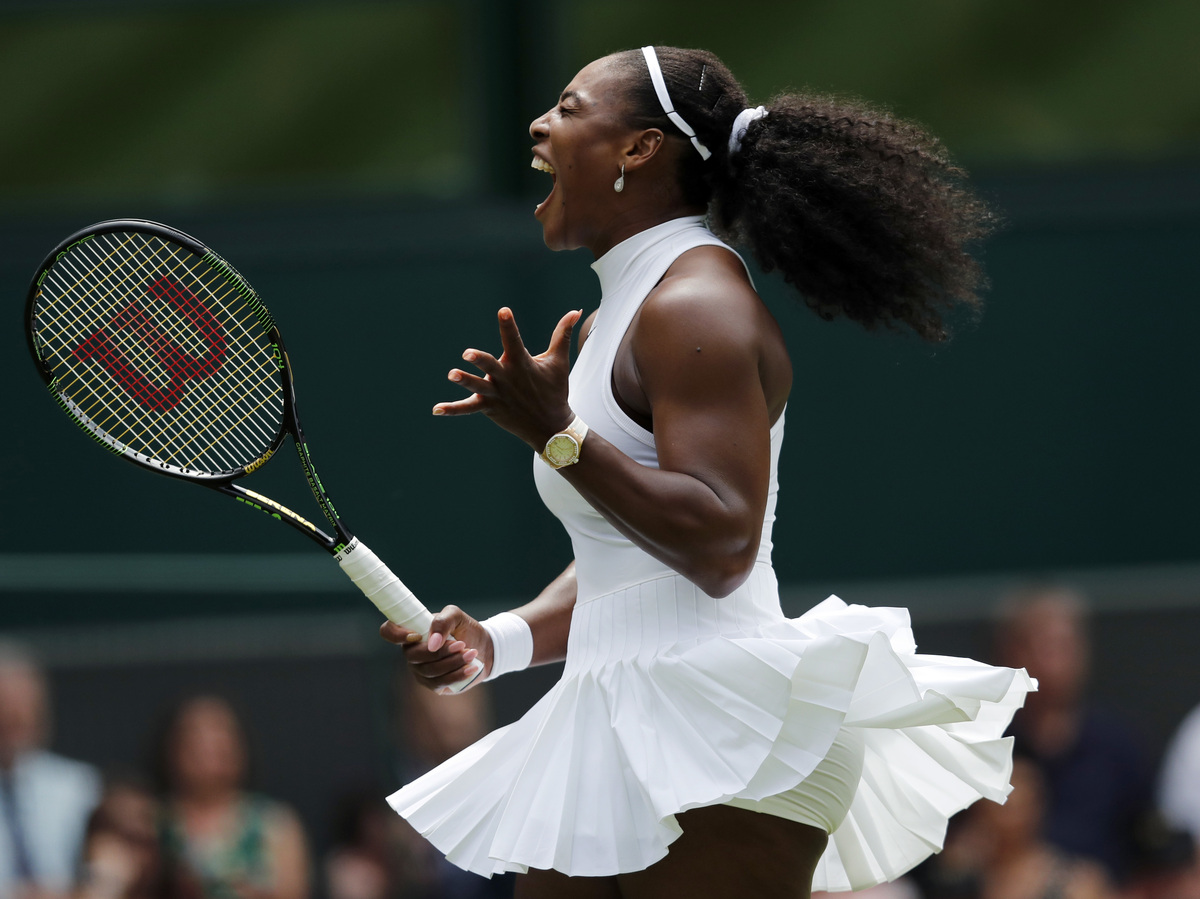 Serena Williams of the U.S celebrates a point during a match at Wimbledon. Her pleated Nike skirt was designed specifically for her.

Although the dress was deemed appropriate by Wimbledon officials, at least initially, The Daily Mail reported that during qualifying rounds last week, athletes wearing it were asked to bring their dresses in for an alteration "per Wimbledon rules." According to the Mail, side slits on the dress were sewn shut to prevent the dress from flying up so easily.

Despite the controversy, Nike has defended the design. In an advertisement featuring Canadian player Eugenie Bouchard, the company said:

"Despite the traditional aesthetic, the dress features modern design elements such as power pleats and racerback construction, which work in tandem to enable the athlete's movement."

Bouchard, whose match against Magdalena Rybarikova was interrupted by rain Wednesday morning, says she likes the dress. The 2014 Wimbledon runner-up tweeted:

Serena Williams, by far the most famous Nike-sponsored athlete, is not wearing the dress, although her specially designed tournament skirt does feature two tiers of pleats.