Accessibility links
Boris Johnson Says He Won't Run For Prime Minister : The Two-Way The populist ex-mayor of London, a vocal proponent of the Brexit, was considered a top candidate to replace David Cameron as prime minister. Then one of Johnson's allies announced his candidacy. 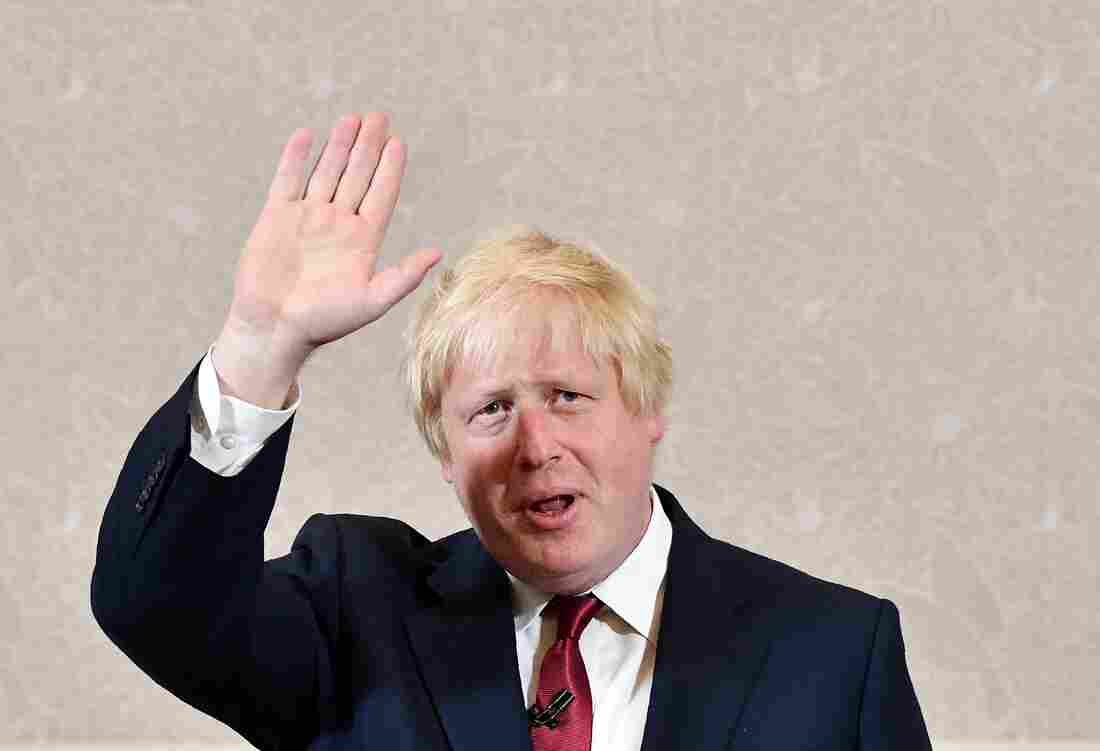 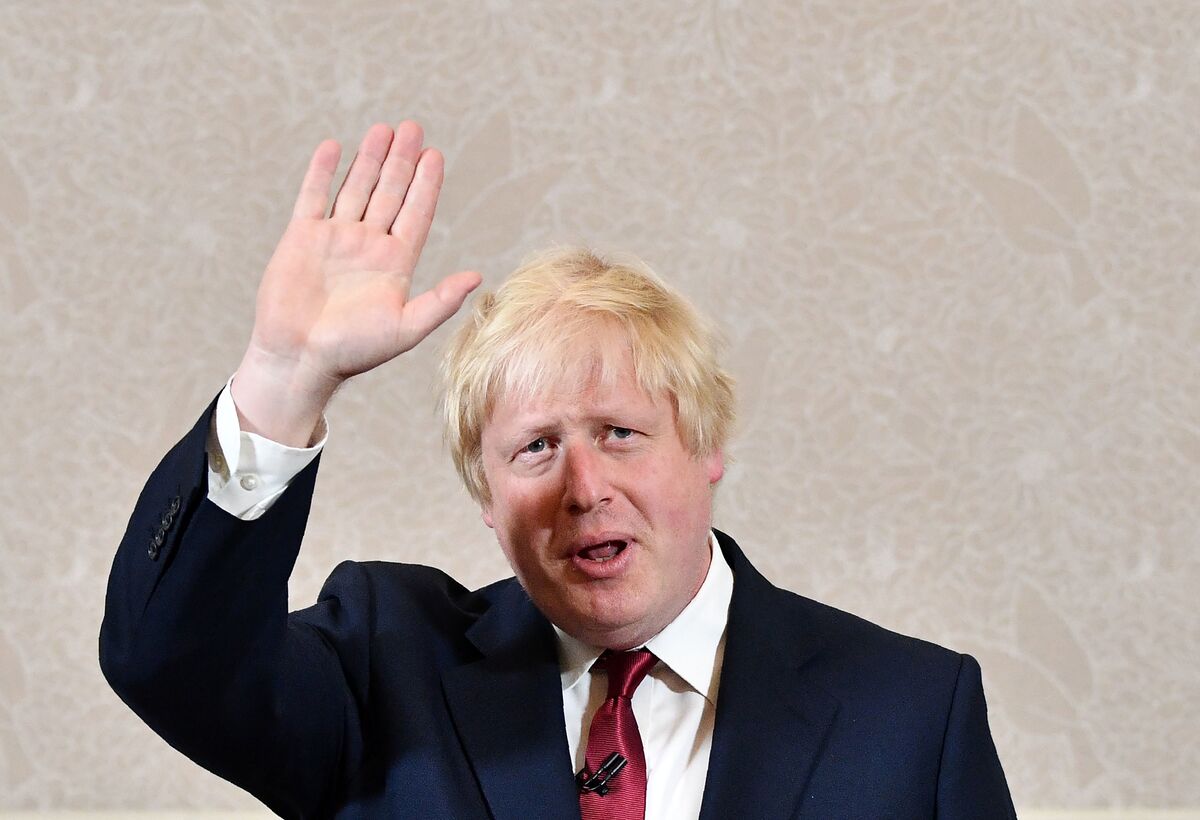 Brexit campaigner and former London Mayor Boris Johnson waves after addressing a press conference in central London on Thursday. Johnson said he will not stand to succeed Prime Minister David Cameron, as had been widely expected.

Boris Johnson, who was widely considered a top candidate for U.K. prime minister once David Cameron steps down, has announced he will not be seeking the position.

The former mayor of London was a vocal proponent of the Brexit, and is a popular political figure — widely referred to as just "Boris."

He, like Cameron, is a member of the U.K.'s Conservative Party, which controls the British Parliament; the party's members will be choosing Cameron's replacement over the course of this summer.

Johnson, along with Interior Minister Theresa May, was seen as one of the favorites for the post.

But on Thursday, Johnson's political ally Michael Gove announced he would throw his hat into the race. Gove, the justice secretary, campaigned alongside Johnson to push for the U.K.'s departure from the EU.

The Associated Press reports that Gove's announcement shook up the race for prime minister:

"Gove, a close friend of Cameron's, had previously said he would back Johnson, but in a commentary in the Spectator magazine he said he had come 'reluctantly, to the conclusion that Boris cannot provide the leadership or build the team for the task ahead.'

"His U-turn will hurt the chances of Johnson, who succeeded in widening his popularity among Conservative members and beyond as London mayor, but is viewed warily by many other lawmakers in the ruling party."

Hours later, Johnson announced he'd decided not to run at all.

After speaking for more than 10 minutes about the course he thinks the next prime minister should take — to a crowd that assumed he was laying out his own plans — Johnson said, "I must tell you, my friends, you who have waited faithfully for the punchline of this speech, that having consulted colleagues and in view of the circumstances in parliament, I have concluded that person cannot be me."

He said he would give his entire support to the next Conservative government, and did not take any questions.

Last week in a report for NPR, Lauren Frayer described Johnson's populist appeal — and the challenge of turning his "goofy charisma into national poll numbers."

She described Johnson as an Oxford-educated historian, author and former journalist with "a reputation for what the British call buffoonery."

"While Johnson is seen by many as the favorite [candidate for prime minister], he has his detractors," Frayer wrote. "An angry crowd booed him Friday morning as he left his north London home."

Would-be candidates for prime minister had until noon on Thursday (7 a.m. ET) to declare their candidacy. Secretary of State for Work and Pensions Stephen Crabb, former Defense Secretary Liam Fox and Energy Minister Andrea Leadsom are all in the running, in addition to May and Gove. You can read more about the candidates at the BBC.

As the Two-Way has reported, the U.K.'s Labour Party is also in turmoil following the Brexit vote.