Accessibility links
1.4 Million Adults Identify As Transgender In America, Study Says : The Two-Way Hawaii, California, Georgia and New Mexico were the states with the highest percentages of residents identifying as transgender. Young adults are the most likely to have that gender identity. 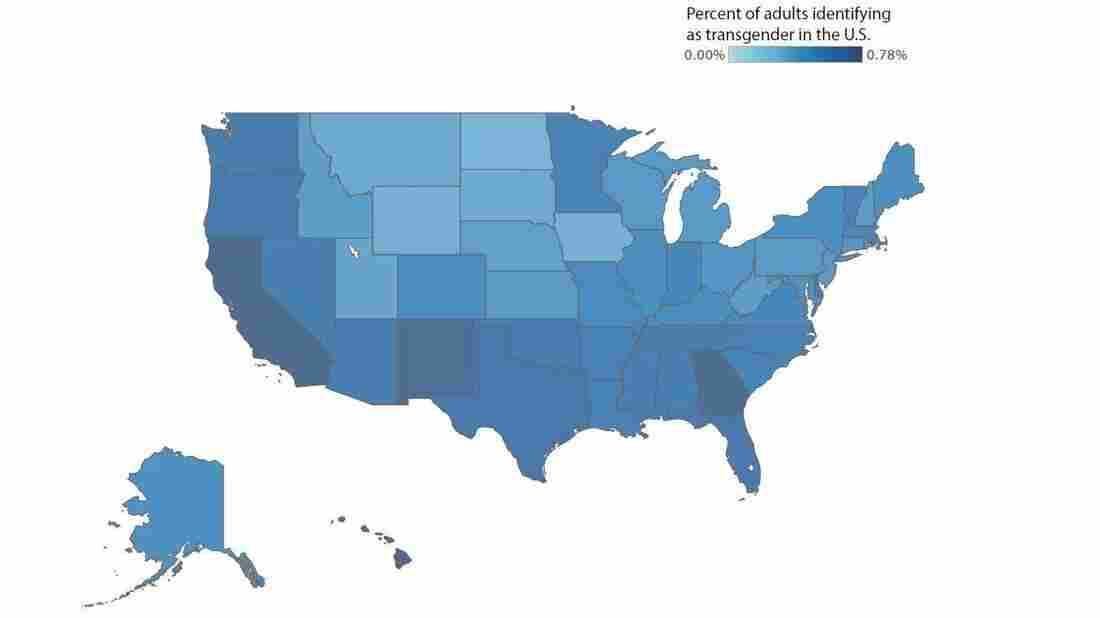 A map of the U.S. shows the number of adults who identify as transgender by state. Darker colors indicate a higher percentage. Williams Institute hide caption 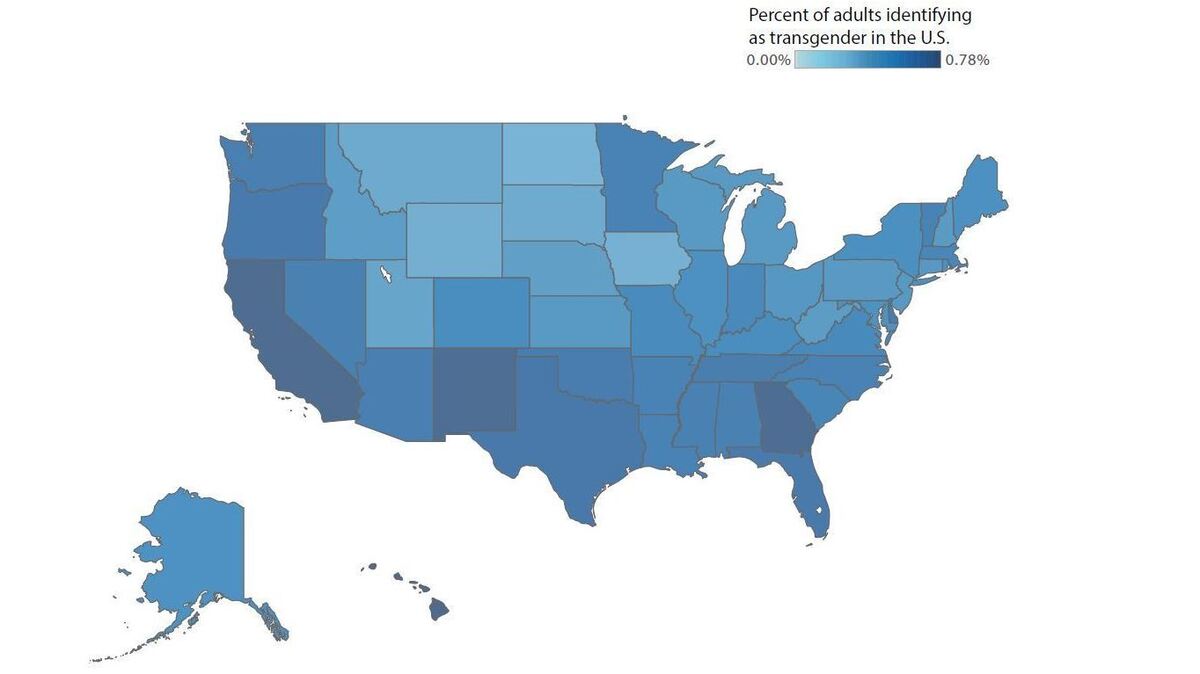 A map of the U.S. shows the number of adults who identify as transgender by state. Darker colors indicate a higher percentage.

The numbers fluctuate by state, but they also double the findings from a decade ago: An estimated 1.4 million people – around 0.6 percent of U.S. adults — identify as transgender, according to a new study.

"The findings from this study are critical to current policy discussions that impact transgender people," said Jody Herman, an author of the study. "Policy debates on access to bathrooms, discrimination, and a host of other issues should rely on the best available data to assess potential impacts, including how many people may be affected."

The fully urban District of Columbia has the highest percentage of adults who identify as transgender, with 14,550 people — around 2.77 percent of the federal district's population.

The highest percentages of adults identifying as transgender per state were found in Hawaii, California, Georgia, and New Mexico — all with 0.8 percent — followed by Texas and Florida with 0.7 percent, according to the study.

Five states were found to have the lowest percentages of transgender-identified adults, all with 0.3 percent: North Dakota, Iowa, Wyoming, Montana, and South Dakota.

In addition to being the subject of political debates over the use of services and protection from discrimination, transgender Americans were at the center of an announcement from the Pentagon today, as Defense Secretary Ash Carter said the military will no longer bar transgender Americans from serving openly. Carter also said those service members can no longer be discharged or otherwise separated from the military because of their gender identity.

Young adults are most likely to identify as transgender, the researchers say, citing the 0.7 percent of adults ages 18 to 24 who do so.

To compile their results, researchers at the Williams Institute at the UCLA School of Law drew on data from the U.S. Census Bureau's American Community Survey as well as from the Behavioral Risk Factor Surveillance System, which includes representative surveys of the 50 states, the District of Columbia, and U.S. territories.