Accessibility links
Library Cat's Job Is Saved : The Two-Way Browser can go on delighting patrons and terrorizing rodents at the public library. Amid international outrage, lawmakers in White Settlement in North Texas have decided not to fire him after all. 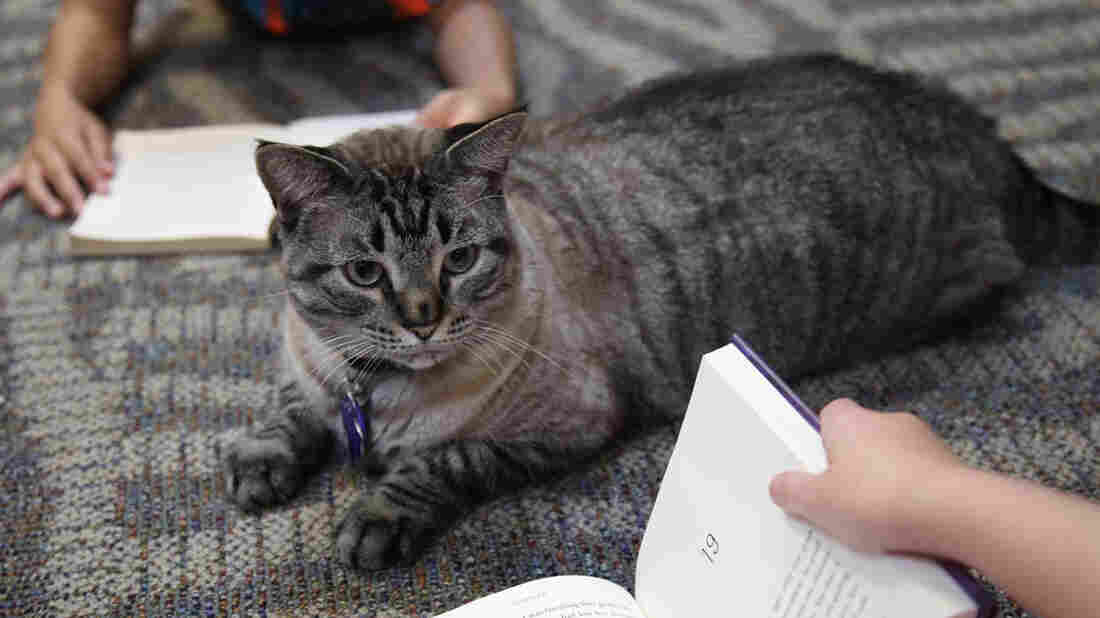 How could you evict that little face? Browser the public library cat has been given a reprieve and will stay on the job in White Settlement, Texas. Here, he sits among a group of children being read to. John L. Mone/AP hide caption 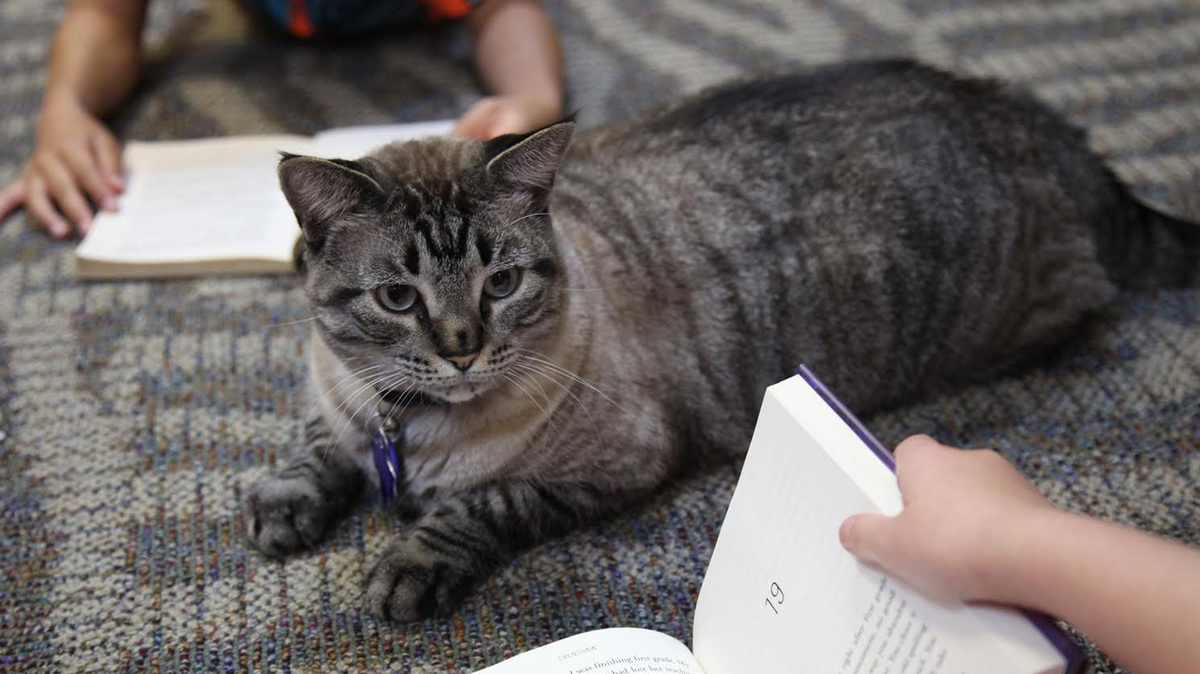 How could you evict that little face? Browser the public library cat has been given a reprieve and will stay on the job in White Settlement, Texas. Here, he sits among a group of children being read to.

Why the City Council of White Settlement, Texas, decided to fire Browser, mascot and rodent hunter of the public library, is not clear, but the vote two weeks ago was 2-1 to banish the cat. Friday, under an avalanche of complaints, the council members decided unanimously that Browser could stay.

Browser got his job six years ago when the library had a problem with rodents. By all accounts, he was a big success and nestled into librarygoers' hearts.

"Like most felines, Browser spends a good deal of time napping, lounging and sneaking out the door — but he also attends the library's GED classes and has an honorary diploma, the library says. And each year, the library sells a calendar full of pictures of Browser as a fundraiser."

Then one day, reports the Fort Worth Star-Tribune:

"Declaring that 'City Hall and city businesses are no place for animals,' Councilman Elzie Clements led what Browser's fans call a sneak attack. ...

"The agenda item was listed only as 'consider relocation of Library Facility cat.' "

Council member Steve Ott is quoted as expressing concern about people who might be allergic to cat dander. As Mayor Ron White tells it, according to the Associated Press, the cat was targeted in retaliation when a city worker was denied permission to bring a puppy to city hall.

Browser's supporters began a petition drive, and of course the Internet got involved, and more than 1,000 messages from around the world later, the council voted again unanimously to keep Browser.

He'll probably issue a statement of thanks to his supporters at some point, but at the moment, his Facebook page isn't available.