Accessibility links
Should PBS Have Shown Old Fireworks Footage In Its July 4th Show? : The Two-Way One commenter called it "the Milli Vanilli of fireworks"; another stated, "current mood: disbelieving moon landing."

Should PBS Have Shown Old Fireworks Footage In Its July 4th Show?

Should PBS Have Shown Old Fireworks Footage In Its July 4th Show? 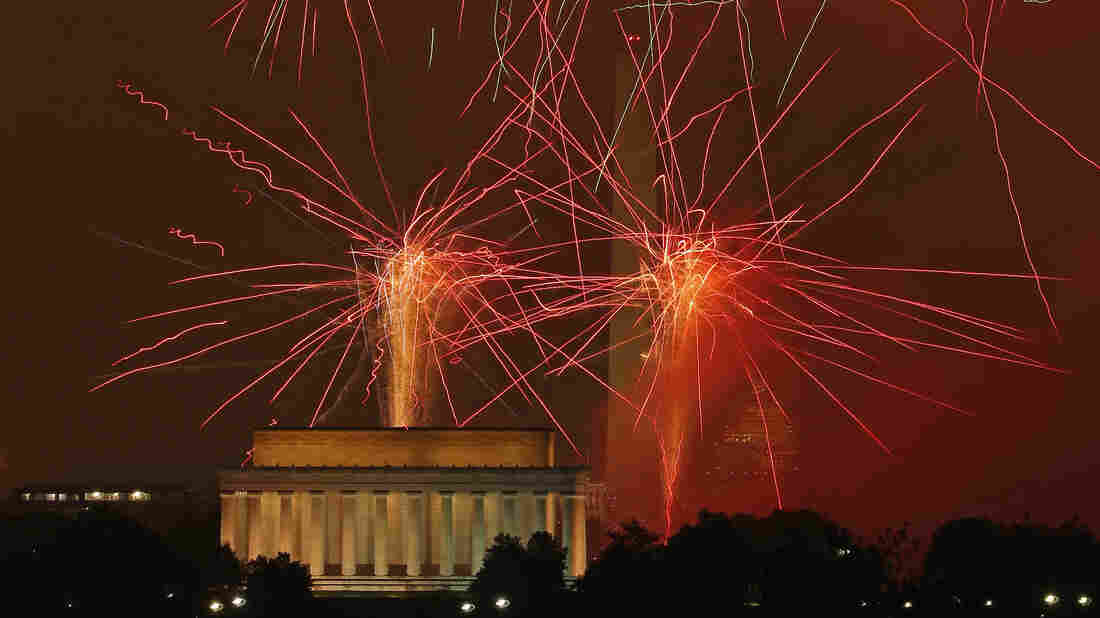 Fireworks explode over the National Mall during the 2015 July 4 fireworks show in Washington, D.C. For its 2016 Independence Day show, PBS used stock footage from previous shows, due to bad weather in the capital. Chip Somodevilla/Getty Images hide caption 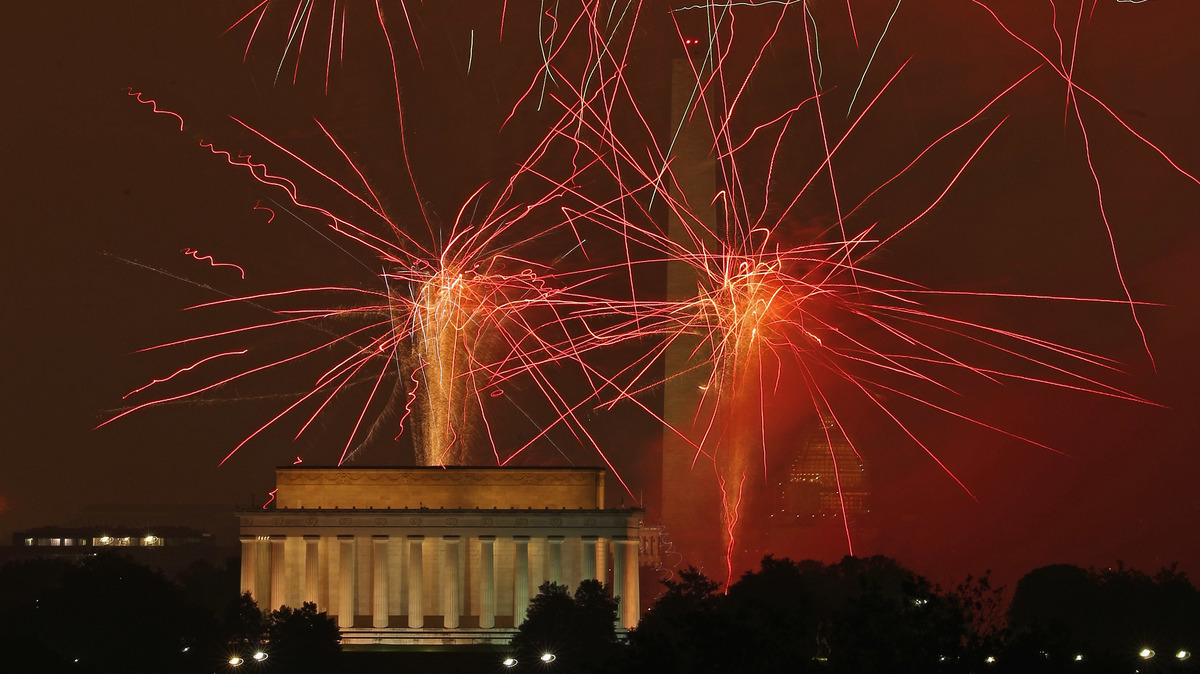 Fireworks explode over the National Mall during the 2015 July 4 fireworks show in Washington, D.C. For its 2016 Independence Day show, PBS used stock footage from previous shows, due to bad weather in the capital.

After being called out for editing its live broadcast of the fireworks in Washington, D.C., to show fireworks bursting in clear air — on a night in which the weather was dominated by fog, low clouds and misting rain — PBS called it "the patriotic thing to do."

Viewers in the Washington area — many of whom had likely been waiting out the rain and checking the weather all day — quickly noticed the discrepancy and took to Twitter to call PBS' annual A Capitol Fourth show a fake.

While scenes of performers and the audience on the West Lawn of the U.S. Capitol all seemed live, with a cloudy backdrop, much of the fireworks imagery we saw in a cursory review seems to have been pulled from archives.

The public broadcaster acknowledged intercutting old footage with its live broadcast shortly after the show ended, saying in a tweet, "We showed a combination of the best fireworks from this year and previous years. It was the patriotic thing to do."

That admission brought a flurry of criticism from people who were unhappy with either an air of media deception, a preference for perfection over authenticity, or some combination of both.

After PBS' tweet, Washington Post reporter Paul Schwartzman called it "the Milli Vanilli of fireworks"; another person stated, "current mood: disbelieving moon landing." Seemingly unimpressed with the kerfuffle, another commenter simply wrote, "Only in DC could a PBS show become a scandal."

Some folks called PBS' wider editorial ethos into question — and/or criticized the way the stock footage was handled. For instance, after the network owned up to the editing, Steve Hellem wrote, "Thanks for this, could have been announced at the time. Journalistic 'freedom' starts with small 'corrections.' "

Apparently feeling a need to elaborate — perhaps because critics were showing no sign of letting up — PBS issued another statement via Twitter in the early hours of Tuesday morning, saying that the network is "very proud of the 2016 A Capitol Fourth celebration."

According to the statement, the decision was made solely because of the weather, and a desire "for the best possible television viewing experience." PBS added, "We apologize for any confusion this may have caused."

But another viewer had a different gripe — about the music. A Twitter user called barkway told the network that they "prefer the traditional orchestral & band music to pop culture music. Just not the same anymore."

We'll also note that many people enjoyed the show — and have told PBS just that, in comments on YouTube and Twitter. If you watched the show, or have an opinion about the editing of a live broadcast, feel free to share your thoughts in our comment section below.

Should PBS have shown old fireworks in its July Fourth show? https://t.co/EXuGdHwGrl