Accessibility links
Twinkies-Maker Hostess Plans A $2.3 Billion Stock Offering : The Two-Way The plan is emerging after big changes at Hostess: its business is smaller; it has far fewer employees; and those employees are no longer represented by a union. 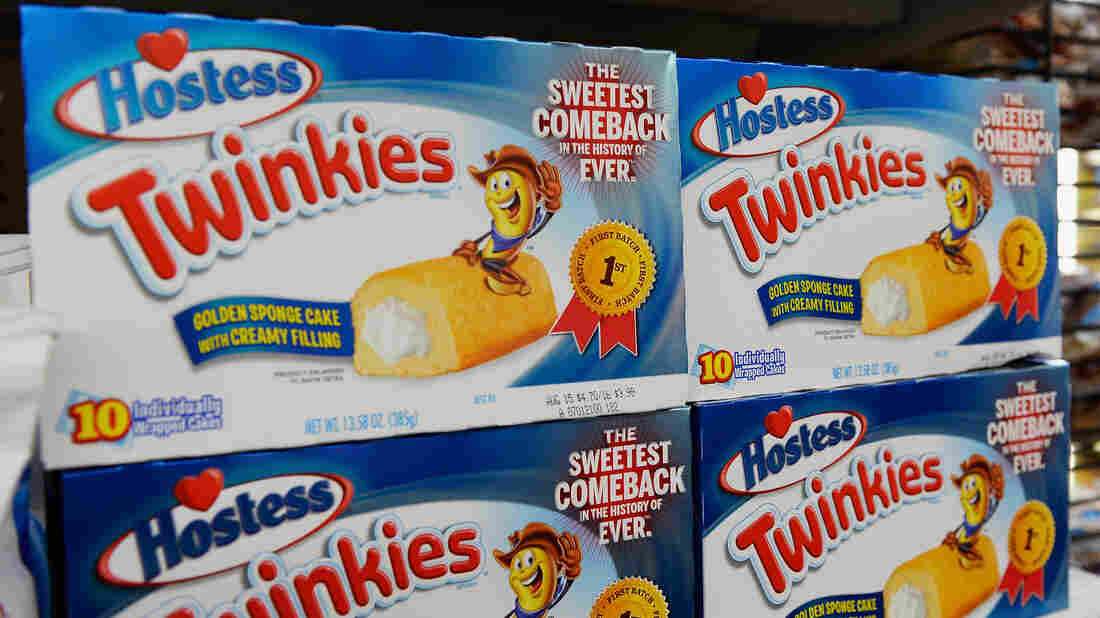 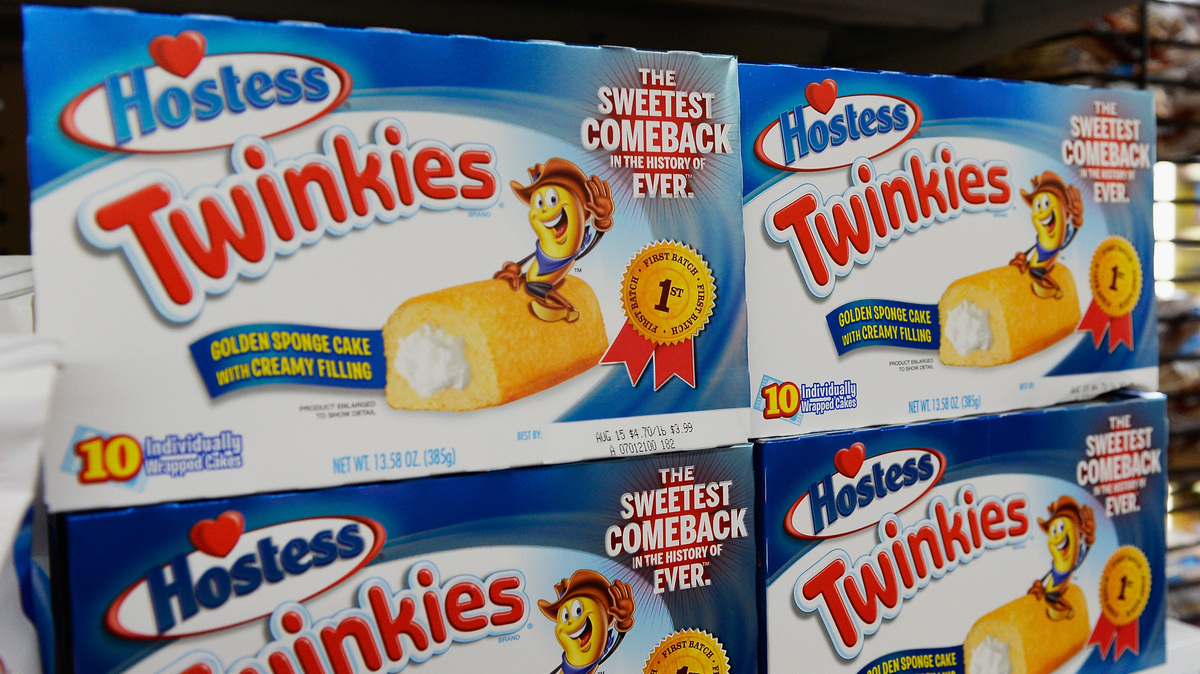 Hostess Twinkies snack cakes went back on store shelves in July 2013, following a Chapter 11 filing and massive layoffs. Now the company is preparing for a public stock offering.

Nearly four years after laying off thousands of workers and announcing that it was going out of business — and three years after Twinkies returned to store shelves — Hostess Brands LLC, the maker of Twinkies and Ding Dongs, is preparing to take its stock public.

Twinkies' Hostess Brand May Die, But The Iconic Snack Cakes Never Will

The plan is emerging after big changes at Hostess: its business is smaller and leaner; it has far fewer employees; and those employees are no longer represented by a union.

Announcing a deal with Gores Holdings Inc., Hostess says the stock offering will put its value at about $2.3 billion, a figure that's 10.4 times the baker's estimated 2016 Adjusted EBITDA (earnings before interest, taxes, depreciation and amortization) of approximately $220 million.

Twinkies, Ho Hos, Other Hostess Cakes To Return On July 15

The stock plan is a new chapter for Hostess, which was once in Chapter 11 bankruptcy protection and which in late 2012 announced that it was laying off 18,500 employees and shutting down.

The company fired up its ovens again in 2013, when bakeries like the one in Emporia, Kan., stirred back to life.

As NPR's The Salt reported:

"The bakery had been cranking out snack cakes in this town of 25,000 for half a century, filling the air here with sweet smells. Those smells are much nicer than the ones coming off the meatpacking plant, which was the other big employer here — until it cut most of its workforce. [Pat] Chambers says the bakery also generated good wages for generations of Emporia families.

Hostess was founded in 1919, selling its Hostess CupCake. It gained new prominence in the American snack market in 1930, when it introduced Twinkies.