Accessibility links
Half A Million 'Hoverboards' Recalled Over Risk Of Fire, Explosions : The Two-Way Self-balancing scooters — better known as hoverboards (though they do not hover) — can spark, smoke, catch fire or explode, says the Consumer Product Safety Commission.

Half A Million 'Hoverboards' Recalled Over Risk Of Fire, Explosions

Half A Million 'Hoverboards' Recalled Over Risk Of Fire, Explosions 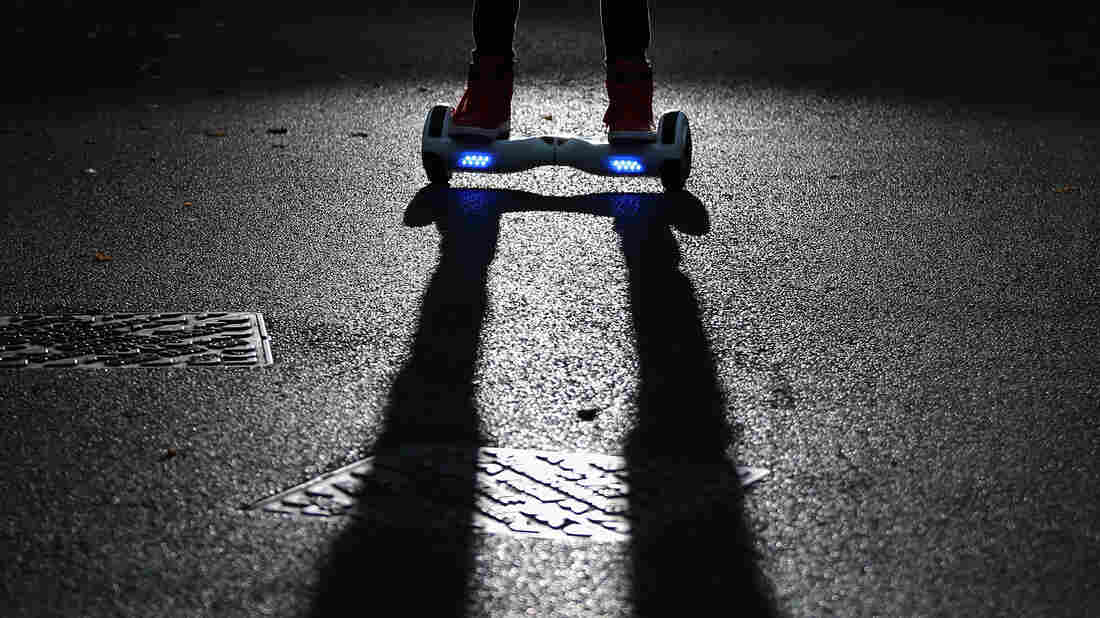 A youth poses as he rides a hoverboard, which is also known as a self-balancing scooter and balance board, last October in Knutsford, England. More than half a million of the devices have been recalled in the United States, after nearly 100 instances of the boards catching fire. Christopher Furlong/Getty Images hide caption 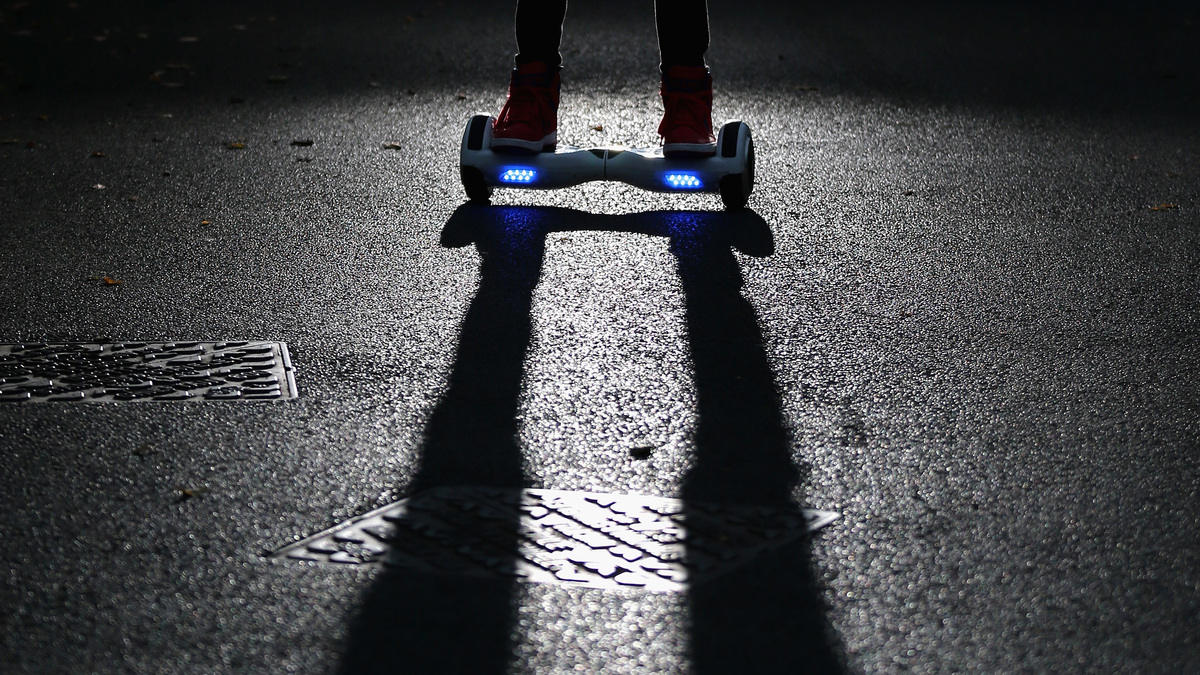 A youth poses as he rides a hoverboard, which is also known as a self-balancing scooter and balance board, last October in Knutsford, England. More than half a million of the devices have been recalled in the United States, after nearly 100 instances of the boards catching fire.

More than 500,000 balancing scooters — better known as hoverboards, though they do no hovering — are being recalled because of the risk of fire or explosions.

The devices were extremely popular gifts this past holiday season. Online, they were hits in viral dance videos ... and in less-impressive videos of people falling off their new toys.

But hoverboards made headlines for another reason — some of them were apparently catching on fire.

Now several manufacturers and retailers are recalling the devices over the hazard, the Consumer Product Safety Commission announced Wednesday — adding that many devices not included in the recall should be discarded for consumers' safety.

"There have been at least 99 incident reports of the battery packs in self-balancing scooters/hoverboards overheating, sparking, smoking, catching fire and/or exploding," the CPSC says, "including reports of burn injuries and property damage."

The full list of recalled devices is at the CPSC site. They were all sold within the last year or so, for between $350 and $900. About 501,000 devices are involved in the recall.

The CPSC advises people who own a recalled hoverboard to stop using it, and to reach out to the manufacturer or retailer for a refund, repair or replacement, depending on what the company is offering.

Why Are 'Hoverboards' Literally Catching Fire?

"Contact the manufacturer or retailer and demand that they give you your money back," CPSC Chairman Elliot Kaye said in a statement. Unless the manufacturer can show that the device has been certified as safe by Underwriters Laboratories, it should be considered "a fire hazard waiting to happen," he wrote.

Hoverboards sold on AliExpress.com and Alibaba.com by third parties will be certified by testing agencies from now on, the CPSC says.

Last December, as reports were emerging of self-combusting hoverboards, Carnegie Mellon University's Jay Whitacre spoke to NPR about what can cause such fires.

Whitacre, a professor of materials science and engineering, explained that lithium-ion batteries have a flammable electrolyte in them. In most products, including in most hoverboards, the batteries are safe.

But powerful, poor-quality batteries can be dangerous, he said.

"I think a lot of [hoverboard makers] are using second-tier battery sources, which are going to have probably a higher rate of defects," he said. "These things have more lithium-ion batteries in them than most things because they're used to move you around. It takes more batteries to get you the power ... to do that and as such there's just more energy in a small space. And so if something does go wrong, it's a bit more catastrophic."

Whitacre advised consumers not to overcharge their hoverboards, and never to charge them or use them indoors.

Now, depending on the model, owners may have a third precautionary option: Sending the 'board back for a refund.