Accessibility links
'I'm Outraged': Mother Of Philando Castile, Slain By Police, Speaks Out : The Two-Way Valerie Castile says that while her son was "trying to do the right things, and live accordingly by the law, he was killed by the law." Philando Castile died in a police shooting Wednesday. 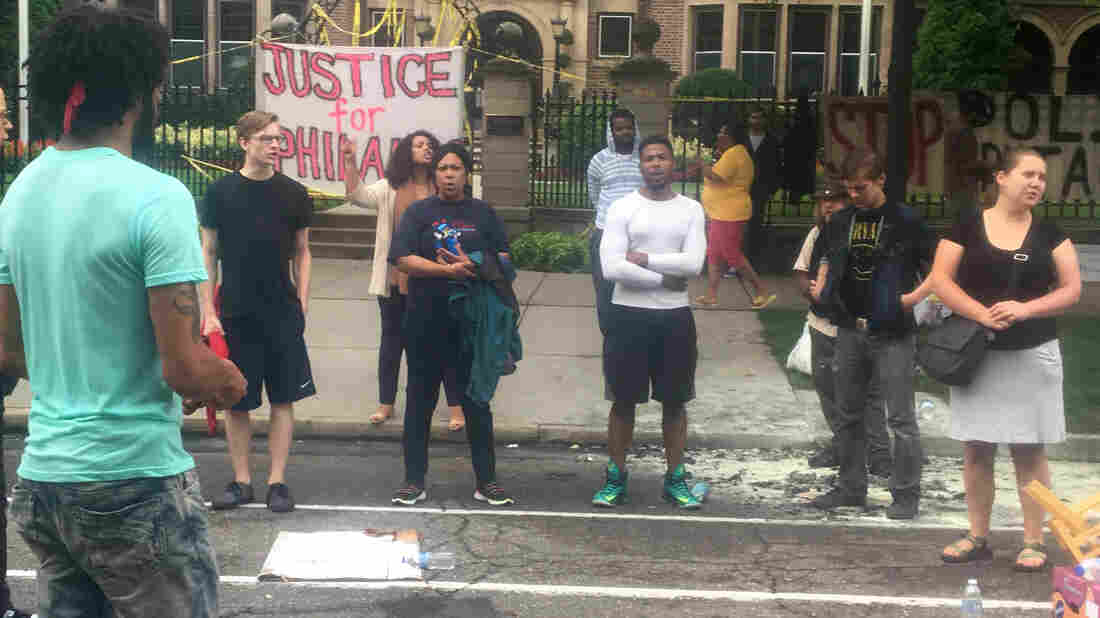 About 200 people gathered outside the Minnesota Governor's Residence in St. Paul on Thursday, protesting the fatal shooting of a man by a police officer. Philando Castile was shot in a car Wednesday night in the St. Paul suburb of Falcon Heights. Jeff Baenen/AP hide caption 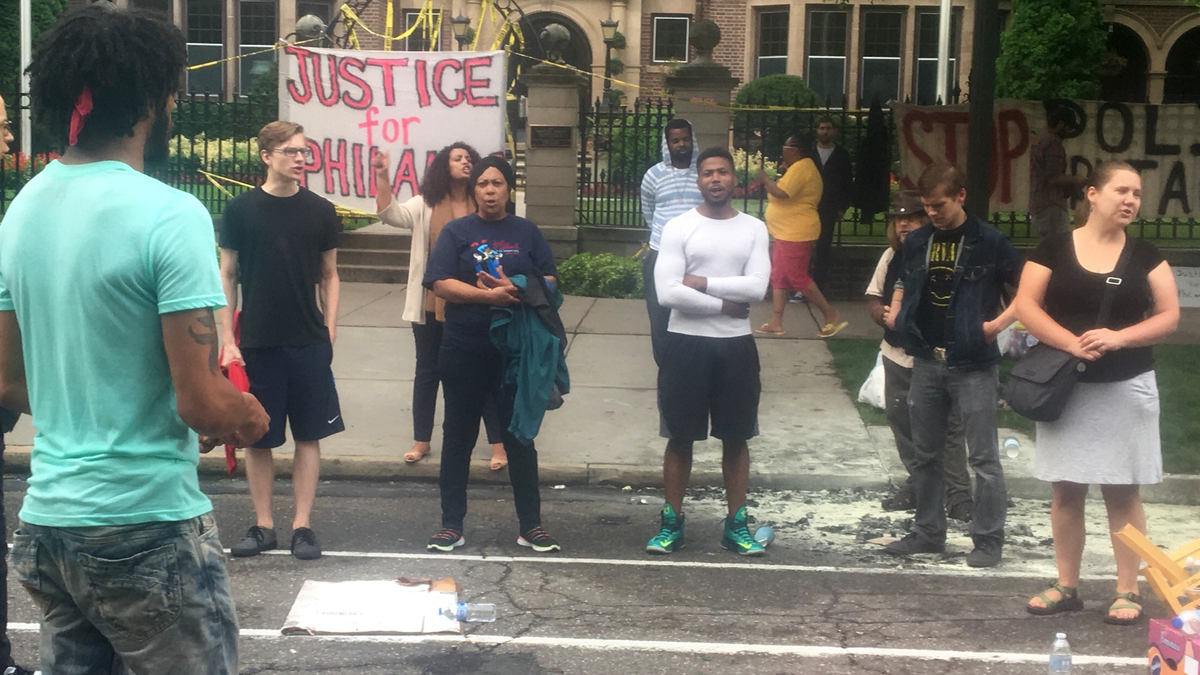 About 200 people gathered outside the Minnesota Governor's Residence in St. Paul on Thursday, protesting the fatal shooting of a man by a police officer. Philando Castile was shot in a car Wednesday night in the St. Paul suburb of Falcon Heights.

Valerie Castile, the mother of Philando Castile — who was shot to death during a police traffic stop in suburban Minneapolis, Minn., Wednesday — says her son's death is part of a pattern of police killing black people, and that there need to be consequences.

In a lengthy interview with CNN this morning, Castile said that both her son and her daughter have concealed-carry gun permits — and that when she saw them at her house yesterday, the topic came up. Castile says that her daughter said she might stop carrying her gun, out of a fear that "they'll shoot me first and then ask questions later."

Philando Castile's final moments were captured in a streaming video that his girlfriend posted to Facebook during the police encounter — footage that sparked protests in Falcon Heights, Minn. In it, he's seen slumped to one side with a blood-stained shirt, as a police officer points a gun in the car.

Speaking about the footage, Philando's uncle, Clarence Castile, called the video "the most horrific thing I've ever seen in my life."

Today, Rep. Betty McCollum, who represents Falcon Heights and Minnesota's 4th District, called for the U.S. Justice Department to investigate Castile's death, citing the need to gain "a clear understanding of the facts surrounding this incident and ensure accountability appropriate to those facts."

"My deepest sympathies are with Mr. Castile's family, loved ones and friends," McCollum said. "I have watched the video of this incident circulating online. It is profoundly disturbing."

In her appearance on CNN, Valerie Castile said that killings of black people by police are now common, and that there is no accountability for police in such cases.

"It's becoming more and more repetitive," Castile said. "Every day you hear of another black person being shot down — gunned down — by the people who are supposed to protect us."

Discussing her son, she added that he was "trying to do the right things, and live accordingly by the law, he was killed by the law" — before stating flatly, "I'm outraged."

Valerie Castile also said that she hasn't spoken to her son's girlfriend, Diamond Reynolds — who uses the name Lavish Reynolds online — despite having gone to the scene of yesterday's traffic stop after being alerted to the situation by a stream of phone calls. She says that she and her daughter rushed to the site.

"The last time I saw her is when my daughter and I came up on the scene and she was in the back seat of the Falcon Heights police department's police car. And they wouldn't even let us get close enough to her to even talk with her."

She added that when she reached the scene, she immediately tried to learn where her son was.

"I didn't want to talk with anyone," Valerie Castile said. "I just wanted to know where my son was, because I didn't want my son to die alone."

She learned that her son was at the Hennepin County Medical Center — and by the time she got there, he was dead.

"They didn't let me see my son's body," she said, adding that she still hasn't identified him.

Valerie Castile said she hadn't watched the video that's now been seen millions of times in the U.S. and beyond.

"I want to remember him the way I last saw him, leaving my home earlier that evening," she said.