Accessibility links
Philando Castile Is Remembered By St. Paul Public Schools: 'Kids Loved Him' : The Two-Way The school district issued a statement today, drawing on coworkers' comments about Castile — including one who said, "Kids loved him. He was smart, over-qualified. 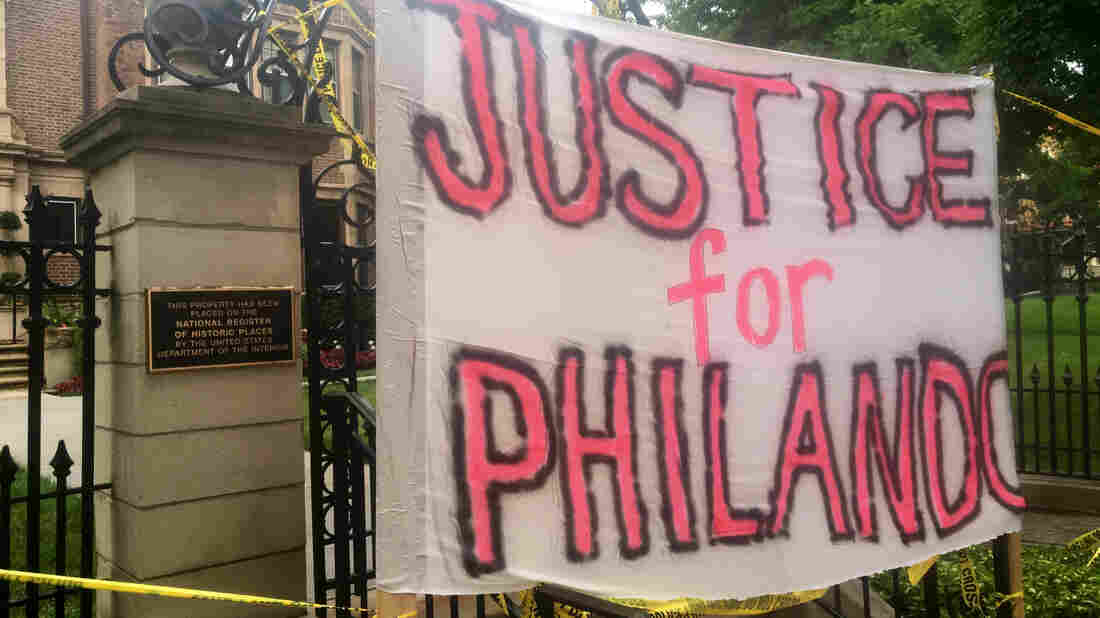 A sign is hung outside the Minnesota Governor's Residence as about 200 people gathered in St. Paul on Thursday, protesting the fatal shooting of Philando Castile by a suburban police officer. Jeff Baenen/AP hide caption 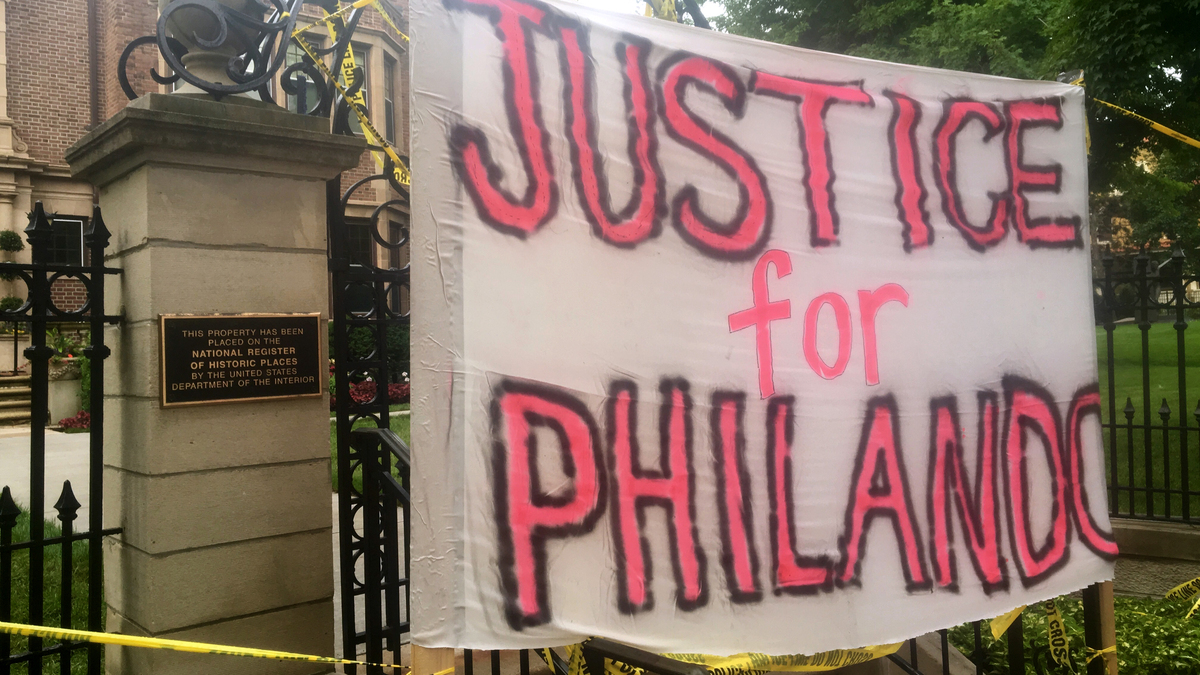 A sign is hung outside the Minnesota Governor's Residence as about 200 people gathered in St. Paul on Thursday, protesting the fatal shooting of Philando Castile by a suburban police officer.

The man who was shot and killed by police last night in a suburb of St. Paul, Minn., had spent more than a decade working for the same school district from which he graduated from high school. Philando Castile as well-liked by students and staff, according to St. Paul Public Schools.

The school district issued a statement today, drawing on coworkers' comments about Castile — including one person who said, "Kids loved him. He was smart, over-qualified."

Depicting a man who was working his way up the ranks, the statement calls Castile's death "tragic." The remarks show another side of the person who was seen in a video that was streamed onto Facebook by Castile's girlfriend immediately after a police officer shot him Wednesday.

Minnesota's governor says that state investigators are looking into the case; he's also calling for the Justice Department to investigate.

"Saint Paul Public Schools and its staff grieve the tragic death of a former student and current employee, Philando Castile.

"He graduated from Central High School in 2001 and had worked for Saint Paul Public Schools (SPPS) since he was 19 years old, beginning in 2002, in the Nutrition Services Department.

"Mr. Castile was promoted to a supervisory position two years ago and was currently working in one of our schools during the summer term.

"Colleagues describe him as a team player who maintained great relationships with staff and students alike. He had a cheerful disposition and his colleagues enjoyed working with him. He was quick to greet former coworkers with a smile and hug.

"One coworker said, 'Kids loved him. He was smart, over-qualified. He was quiet, respectful, and kind. I knew him as warm and funny; he called me his 'wing man.' He wore a shirt and tie to his supervisor interview and said his goal was to one day 'sit on the other side of this table.'

"Those who worked with him daily said he will be greatly missed.

"'I am deeply sorry for his family and for their loss. He's worked in SPPS for many years and he graduated from our district, so he was one of our own,' said SPPS Superintendent Valeria Silva.

"Grief counselors will be available for staff and students as needed or requested.