Accessibility links
U.S. Economy Adds 287,000 Jobs In June, Exceeding Expectations : The Two-Way The U.S economy added 287,000 jobs in June, according to the monthly report from the Bureau of Labor Statistics. Analysts had expected the economy to add some 170,000 jobs. 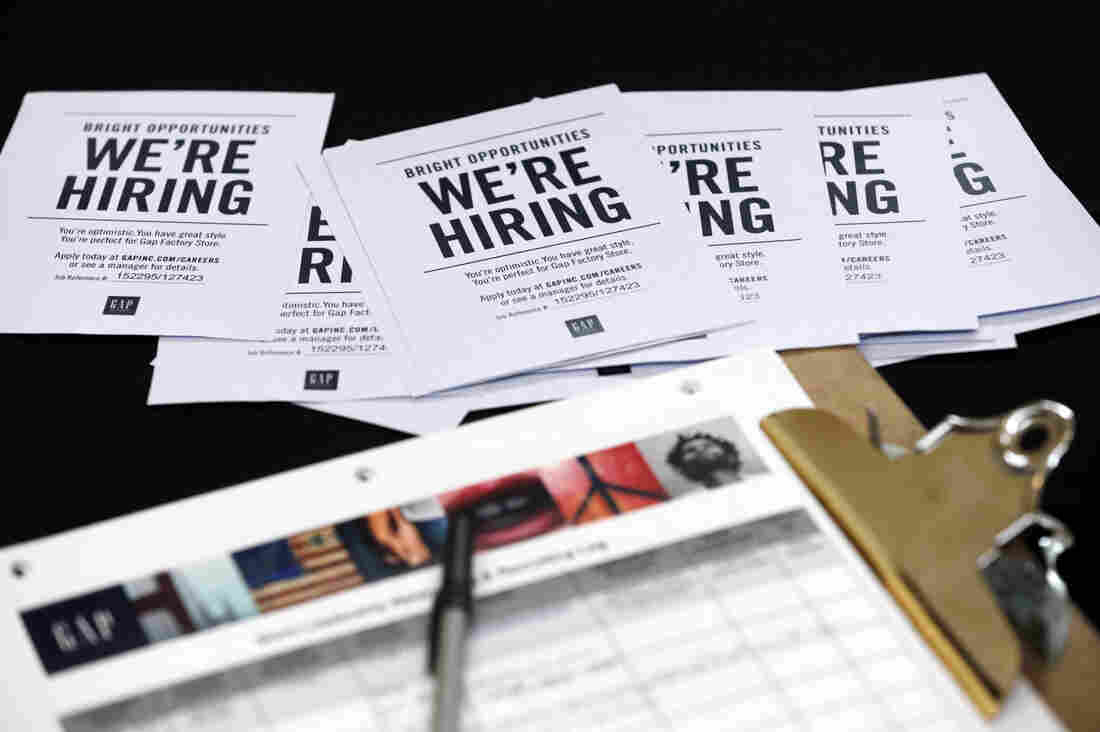 Job applications and information for the Gap Factory Store sit on a table during an October job fair at Dolphin Mall in Miami. Wilfredo Lee/AP hide caption 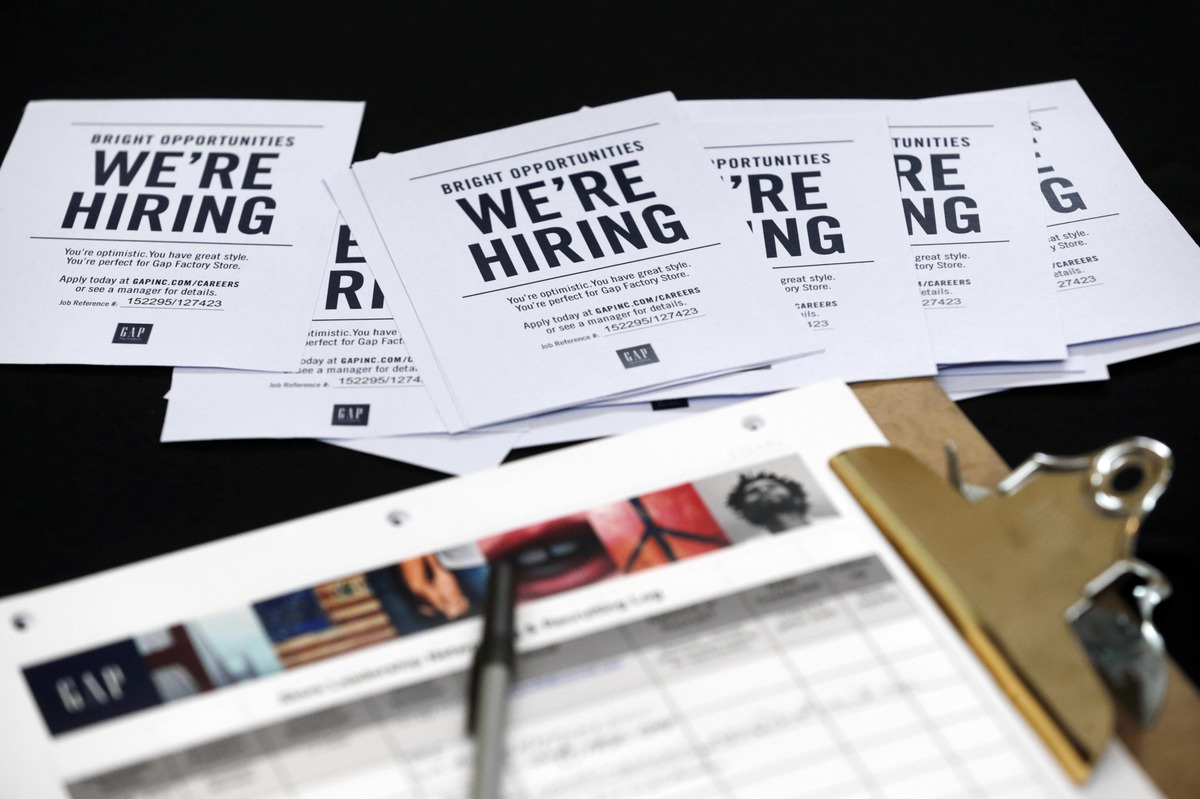 Job applications and information for the Gap Factory Store sit on a table during an October job fair at Dolphin Mall in Miami.

In June, U.S. employers added 287,000 jobs — a very strong number that provided some reassurance the economy is still on track. 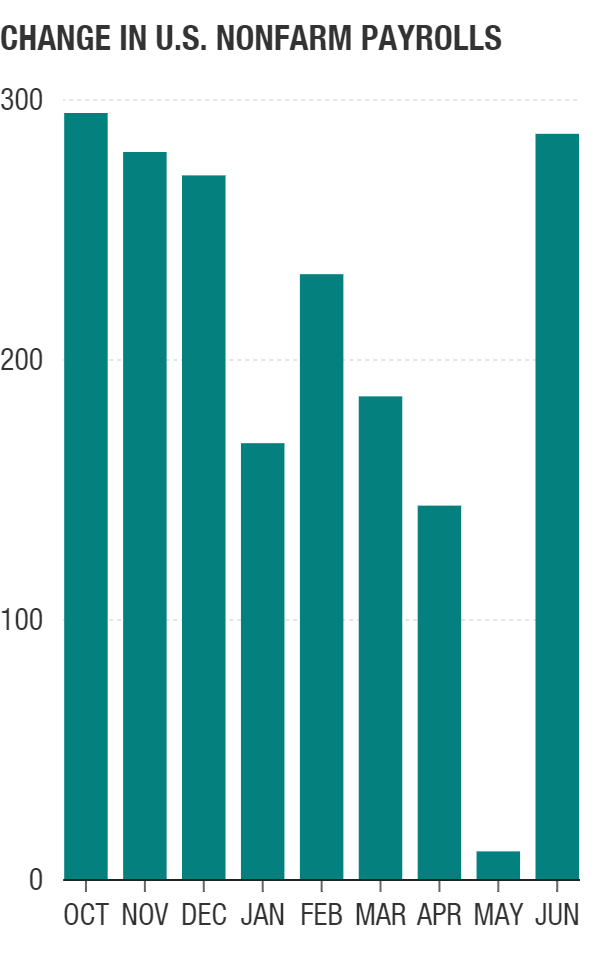 The June hiring surge, reported Friday by the Bureau of Labor Statistics, far exceeded projections. Analysts had expected the economy to add some 170,000 jobs.

Marilyn Geewax, a senior business editor for NPR, says that after the negative shock of Brexit — Britain's June 23 vote to leave the European Union — the latest U.S. jobs report is providing reason to feel better about the economy.

Economists were paying particularly close attention to this report after BLS reported just 38,000 jobs gained in May. That figure was seen as "shockingly low," as we reported, and has since been revised downward to 11,000.

"Seeing a number as strong as 270,000 is a positive shock, one that should hearten financial markets," Marilyn says. "Investors needed a reason to celebrate, and this is a good reason to pop corks."

"The job growth was largely driven by consumer spending for travel and fun," Marilyn says, adding:

"In the leisure and hospitality sector, employers added 59,000 jobs last month to handle the growing number of customers. And in the sector called 'performing arts and spectator sports,' companies added 14,000 jobs. The surge in fun activities may well reflect rising wages — and the savings Americans have reaped from falling gas prices."

The unemployment rate increased by 0.2 percentage points to 4.9 percent, according to the bureau.

As Marilyn explains, that's actually seen as good news because it suggests workers who were discouraged are now looking for jobs again. That's reflected in the rising labor force participation rate — the measure of working-age people who have jobs or are looking for work rose to 62.7 percent from 62.6 percent.

"People are starting to come off the bench and apply for jobs, so that causes an uptick in the unemployment rate," Marilyn said. "With job creation as strong as it was in June, it's not surprising that more people now feel like looking for paychecks."