Accessibility links
Dallas Shooting: Police Chief David Brown Says, 'We're Hurting' : The Two-Way Police used a bomb robot to detonate a device that killed a suspect who was in a standoff with police in downtown Dallas on Thursday, when 12 officers were shot. 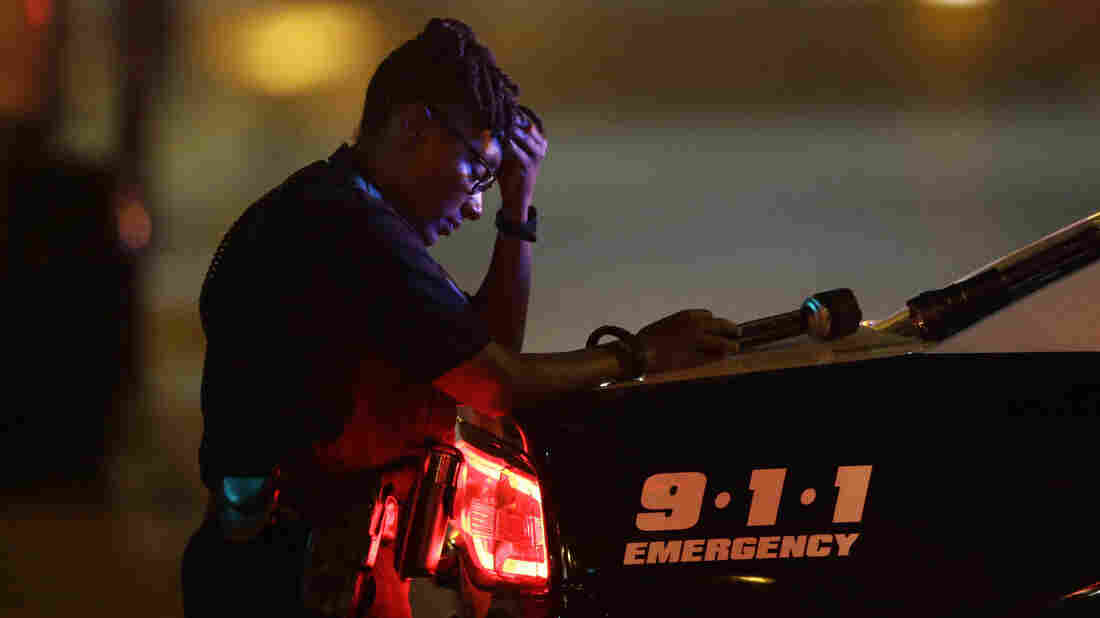 A Dallas police officer, who did not want to be identified, takes a moment as she guards an intersection in the early morning Friday, after a shooting in downtown Dallas in which 12 officers were shot. LM Otero/AP hide caption 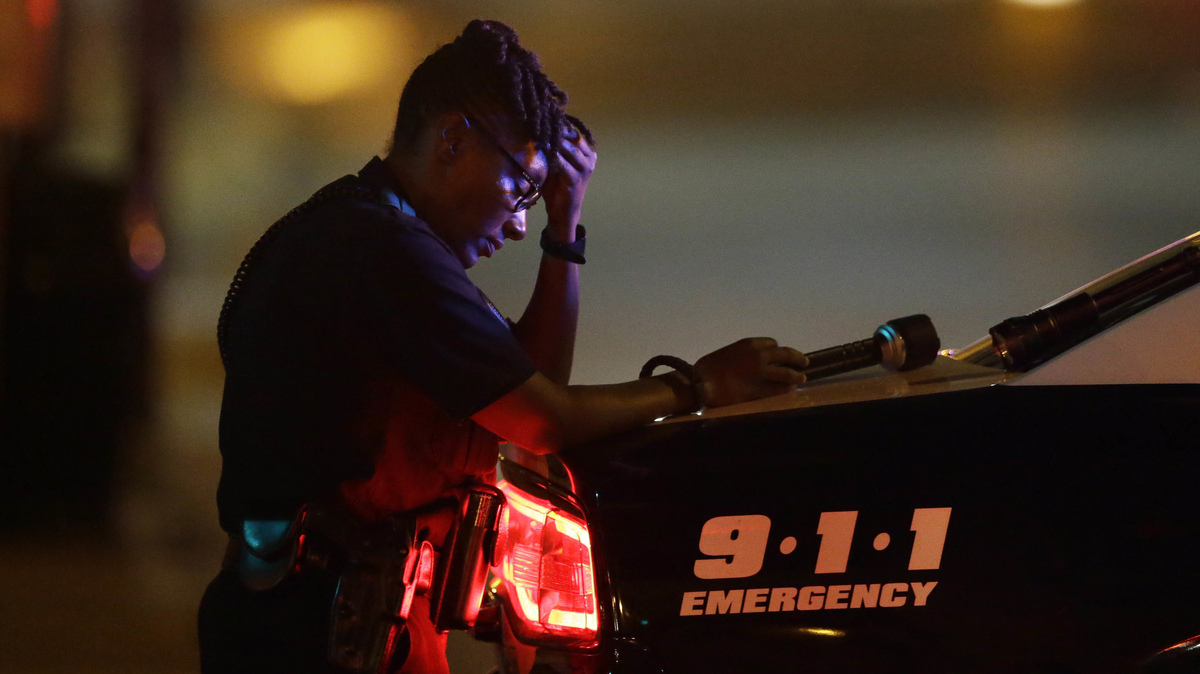 A Dallas police officer, who did not want to be identified, takes a moment as she guards an intersection in the early morning Friday, after a shooting in downtown Dallas in which 12 officers were shot.

Speaking the morning after the streets of Dallas became a war zone during a sniper attack on police officers, Police Chief David Brown said, "We're hurting."

Dallas Police Officers Killed By Snipers: What We Know Friday

He continued: "Our profession is hurting. Dallas officers are hurting. We are heartbroken. There are no words to describe the atrocity that occurred to our city. All I know is that this must stop, this divisiveness between our police and our citizens."

Brown then gave details about what happened on the second floor of El Centro College, where a suspect was cornered and negotiations went on for several hours.

The chief said that police used their "bomb robot" to place a device "where the suspect was" — a move that he said was made to prevent any further risk to police officers.

Most of the officers who were injured Thursday night have now been released from medical care, Brown said, while some still need more treatment.

Brown then shared some of what the suspect said during negotiations with police.

"He was upset about Black Lives Matter," Brown said, adding that the man cited the recent killings of black people and said that he wanted to kill white people — particularly white police officers.

Brown added that the suspect said he was "not affiliated with any groups and he stated that he did this alone." He also said the suspect "seemed lucid" during their interactions.

Brown spoke at a news conference alongside Dallas Mayor Mike Rawlings, who would not provide any details about the suspects in the case, saying, "We've got a criminal investigation going on."

Praising his city's police department, Mayor Rawlings said Dallas has the lowest rate of police shootings of any large city in the U.S.

Chief Brown applauded his officers' behavior under fire and praised them for the work they do.

"We don't feel much support most days," Brown said. "Let's not make today most days. Please, we need your support to protect you from men like these, who carried out this tragic, tragic event."

He concluded his prepared remarks by asking for prayers for his department and his community.