Accessibility links
Heavy Fighting Erupts In South Sudan's Capital : The Two-Way The clashes between forces loyal to the country's president and vice president have reportedly killed more than 150 people and are raising concerns about a renewed civil war. 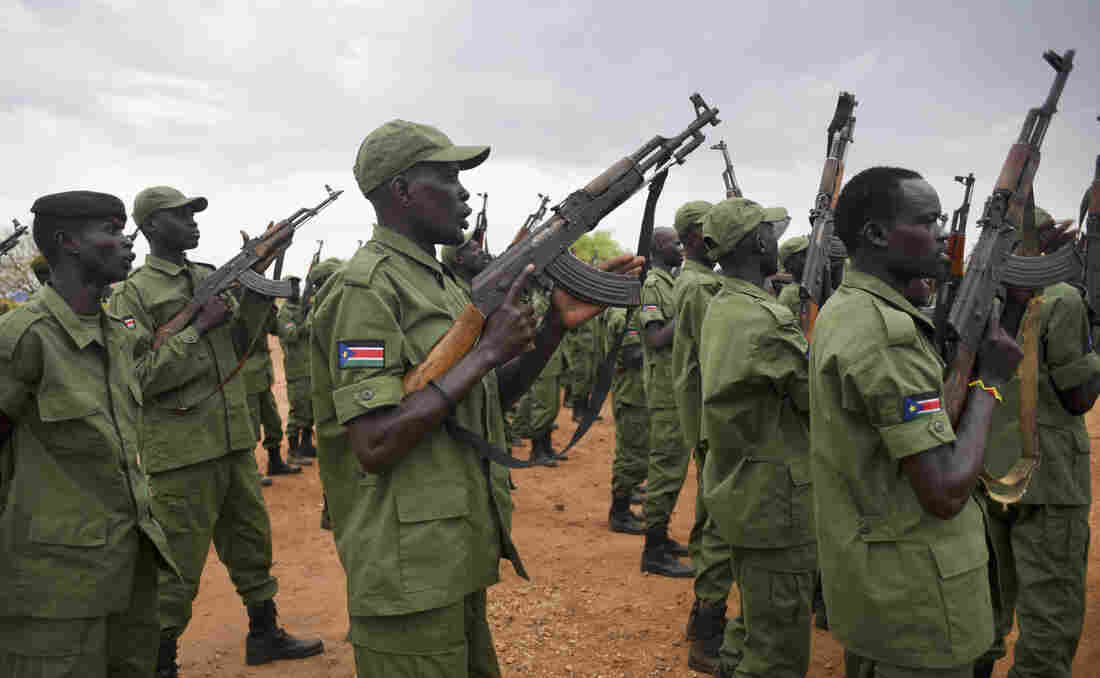 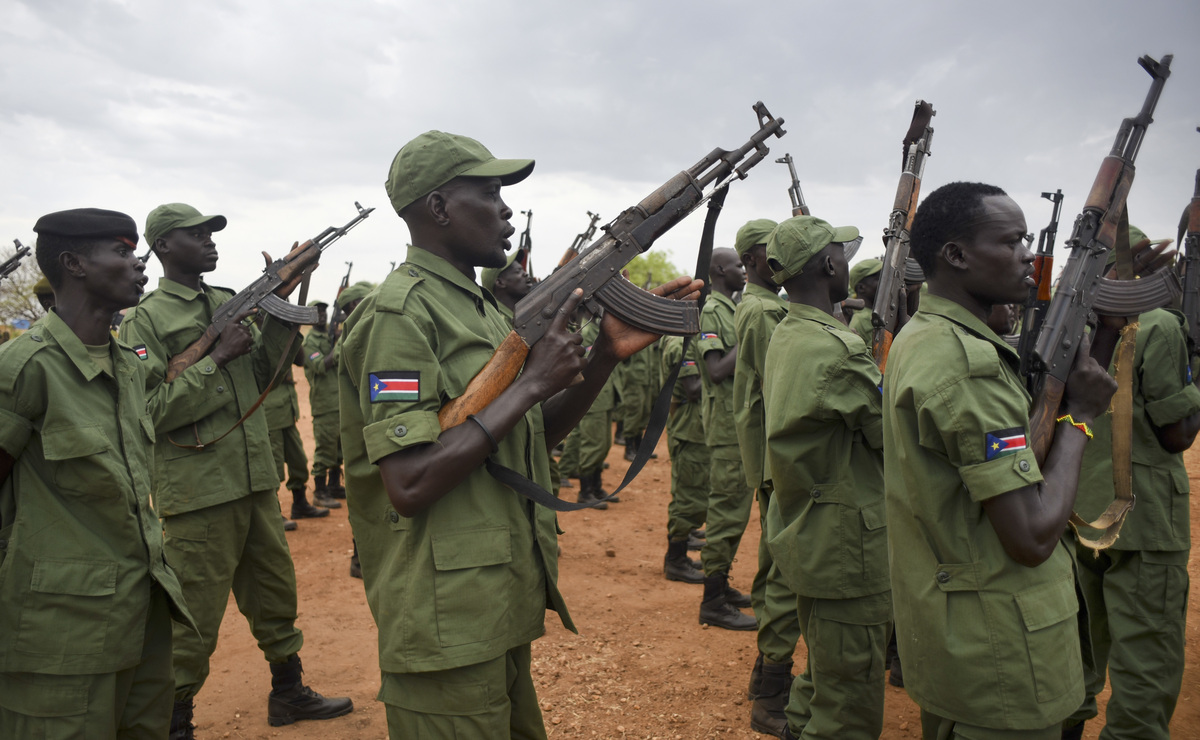 South Sudanese troops loyal to Vice President Riek Machar, pictured here in April, say their military positions in the capital are being attacked.

Heavy fighting erupted Sunday in South Sudan's capital Juba after a lull Saturday. The clashes between forces loyal to the country's president and vice president have reportedly killed more than 150 people since they started mid-week.

As NPR's Ofeibea Quist-Arcton tells our Newscast unit, "former rebels loyal to a vice president in South Sudan say their military positions in the capital have been attacked by government troops who back his rival – the president." Ofeibea explains:

"Violence first erupted on Thursday in Juba, the South Sudanese capital, in gun battles between soldiers loyal to President Salva Kiir Mayardit and his deputy and erstwhile rebel leader, Riek Machar. Machar's men now say the military has attacked their main barracks in the city. The UN mission in South Sudan reports exchanges of loud gunfire, and mortar and grenade explosions near its headquarters."

She adds that the renewed fighting between the rival factions of South Sudan's army "is sparking fears of a renewed civil war, despite a fragile peace deal signed last year, followed by the formation of a unity government in April."

In a statement, the U.N. Security Council condemned the fighting and "expressed deep concern over the parties' lack of serious commitment" to implementing the peace agreement in the world's newest country.

"South Sudan's civil war was fought largely along ethnic lines with Kiir, a Dinka, and Machar, a Nuer, drawing support from their respective tribes," Reuters reports. The wire service adds that "Kiir and Machar have yet to integrate their forces, a key part of the peace deal."

Kenya Airways said in a post on Twitter that it has suspended flights to Juba "due to the uncertain security situation."