Accessibility links
Long Buried By Bad Reputation, Philistines Get New Life With Uncovered Cemetery In Israel : The Two-Way They're one of the Hebrew Bible's greatest villains, but not much is known about the ancient Philistines. An uncovered cemetery, which researchers say is the first of its kind, could change all that. 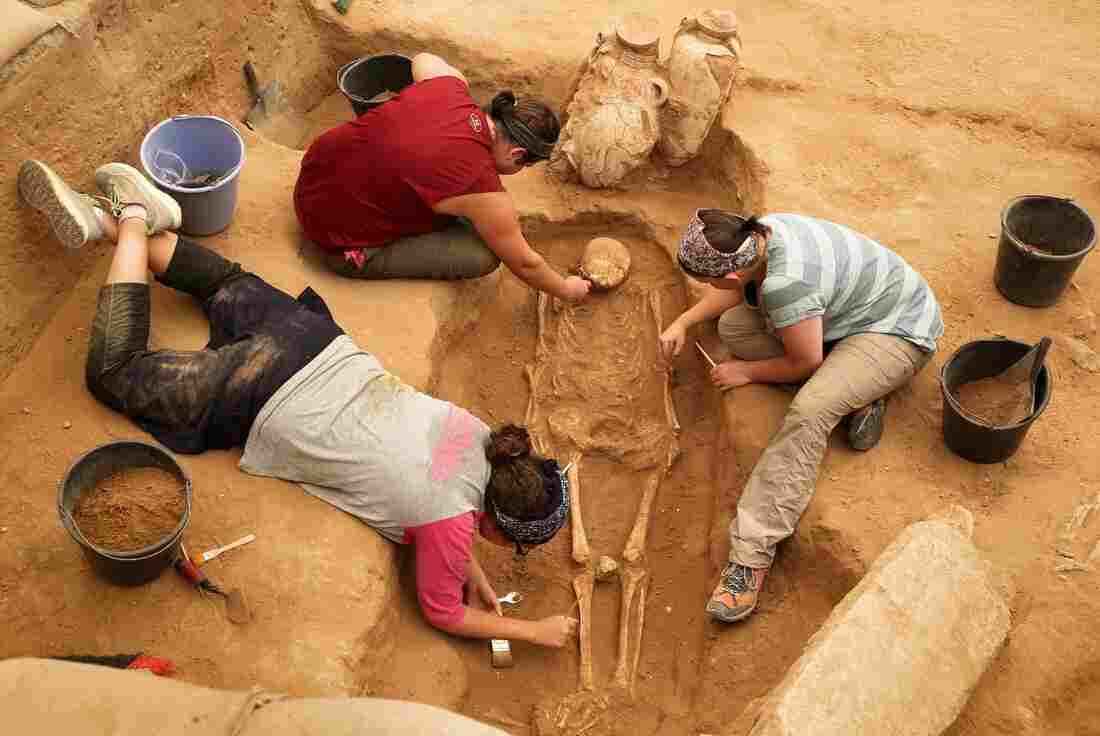 A team of archaeologists work at the excavation site in the coastal Israeli city of Ashkelon on June 28. Menahem Kahana/AFP/Getty Images hide caption 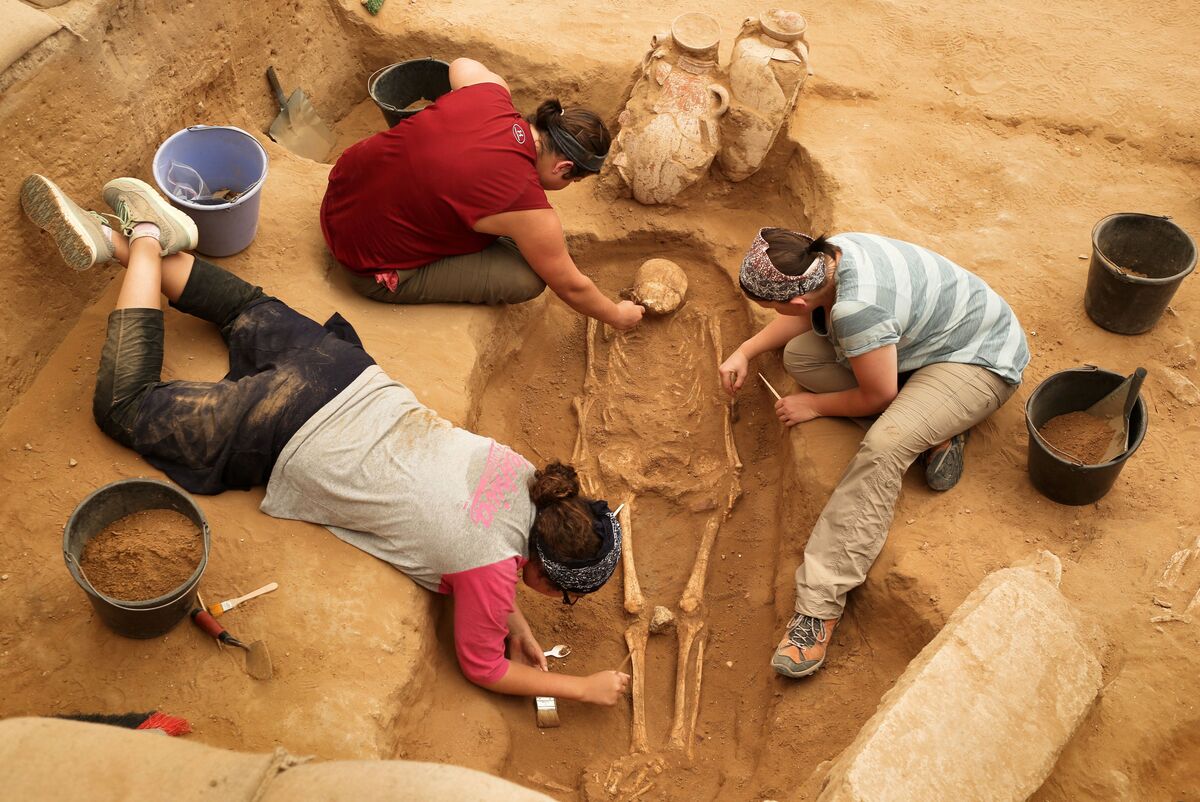 A team of archaeologists work at the excavation site in the coastal Israeli city of Ashkelon on June 28.

There's no denying the Philistines have taken some guff over the past, well, thousands of years. After all, they're one of the Hebrew Bible's most infamous villains, seed of both Delilah's treachery and Goliath's menace — not to mention some ineptness when it comes to slingshots. They're so reviled, their very name has wriggled into our dictionaries, paired with some less than flattering definitions.

But now, the long-silent people may finally get a say. At least, that is, their bones may.

An international team of researchers believes it has uncovered a Philistine cemetery just outside the Israeli port city of Ashkelon, which was once one of the five principal cities of the ancient civilization. The Leon Levy Expedition, which has been excavating in and around the city since 1985, says the find is the first of its kind.

"When we found this cemetery right next to a Philistine city, we knew we had it," Daniel Master, co-director of the expedition, tells The New York Times. "We have the first Philistine cemetery that's ever been discovered."

Researchers say the site — which is dated from between the 11th and 8th centuries B.C. — contains the remains of more than 150 bodies, variously arranged in single graves and larger burial chambers.

And already, the circumstances of these burials are beginning to give lie to the Philistines' reputation as uncultured boors. For instance, small vials of perfume lay near the bodies, "presumably so that the deceased could smell perfume throughout eternity," according to the Israeli publication Haaretz.

Among the remains, researchers also found arrowheads, bracelets and earrings.

"This forms a baseline for what 'Philistine' is. We can already say that the cultural practices we see here are substantially different from the Canaanites and the highlanders in the east," Master tells Haaretz, referencing the Philistines' nearest neighbors. 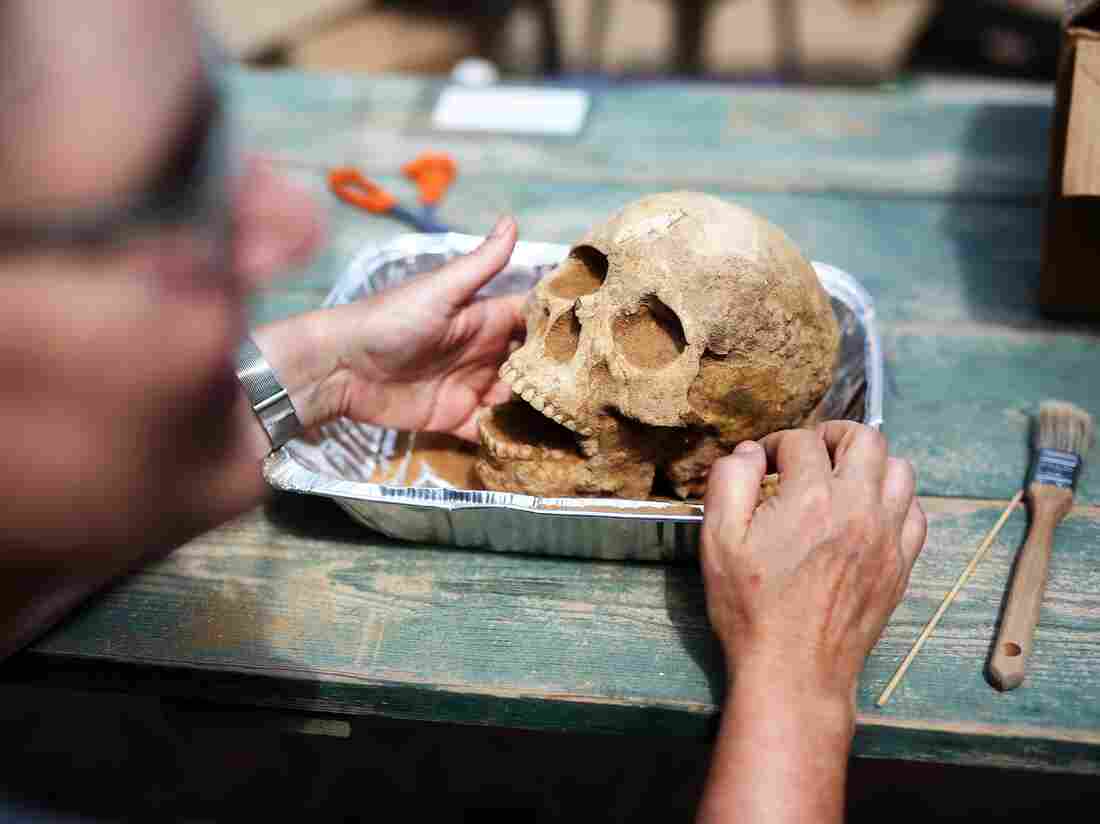 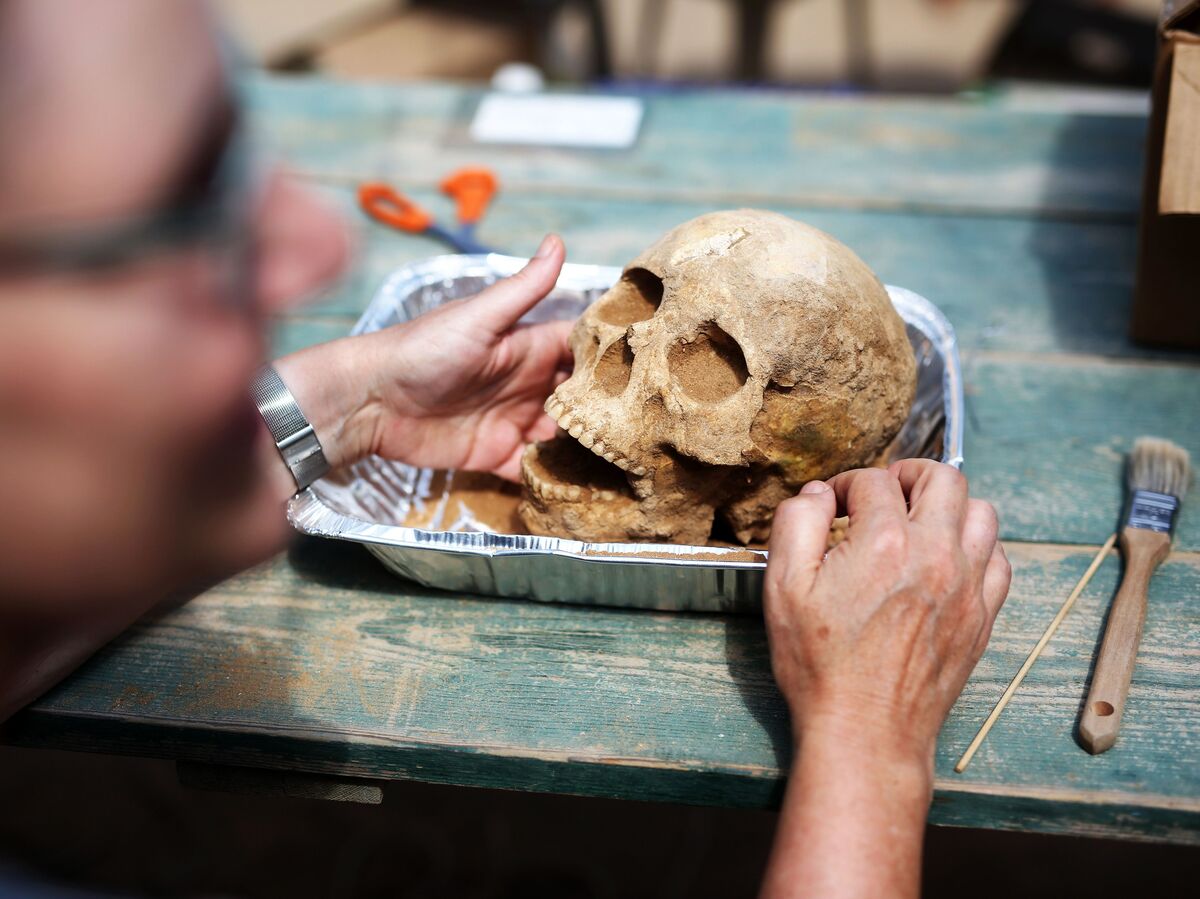 The discovery offers insight into the rituals with which the Philistines observed the end of an individual's life — yet the researchers say the most significant gift of the find may rest instead with a beginning of sorts: They hope that DNA and radiocarbon tests will eventually reveal the origins of the people, who made a mysterious entrance onto the historical stage in the early 12th century B.C., according to National Geographic.

While theories abound as to where, exactly, the Philistine settlers came from — and how, exactly, they made their trip — no one really knows for sure.

"The basic question we want to know is where this people are from," anthropologist Sherry Fox tells Haaretz. The Times reports the team will begin testing bone samples found at the site to see if indeed the people came from the Aegean Sea, as many believe, or another place of origin.

"From our standpoint, [the excavation] is just the first chapter of the story," Master tells National Geographic. "I've been at Ashkelon for 25 years, and I guess it's just the beginning."