Accessibility links
30,000 Civilians Take Refuge At U.N. Base As Fighting Escalates In South Sudan : The Two-Way Gunfire and explosions across the capital city of Juba have residents running for their lives, worried about the renewal of civil war. Both sides have now announced a cease-fire.

30,000 Civilians Take Refuge At U.N. Base As Fighting Escalates In South Sudan

30,000 Civilians Take Refuge At U.N. Base As Fighting Escalates In South Sudan 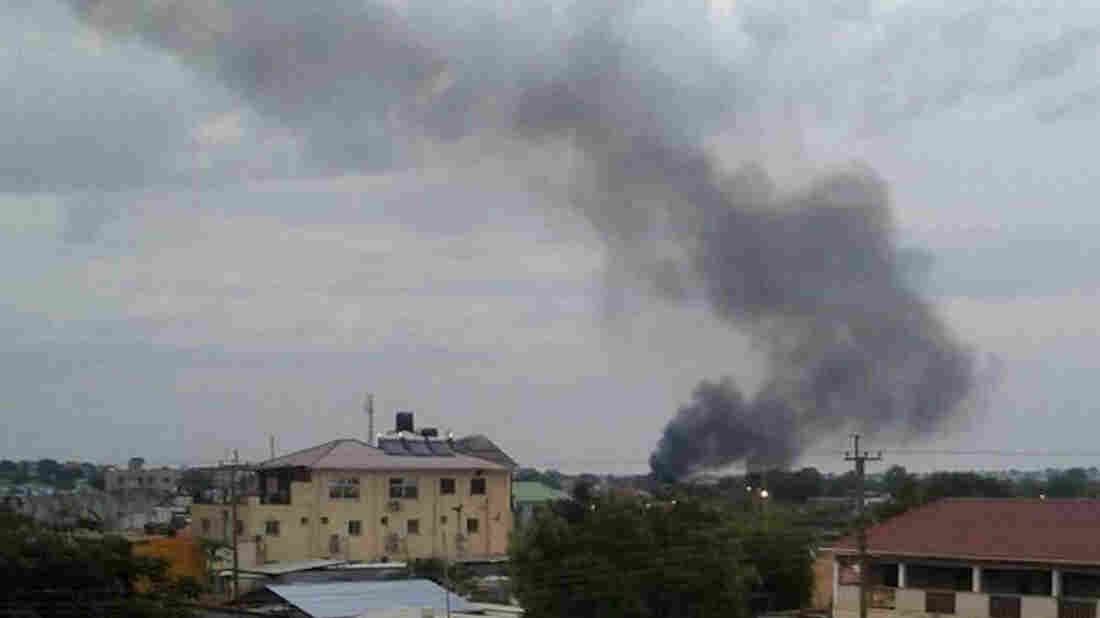 Black smoke rises above Juba, the capital of South Sudan, on Sunday. Explosions and heavy weapons gunfire are shaking Juba Monday in the fifth day of clashes between government and opposition forces, raising the specter of a return to civil war. Iain McLellan/AP hide caption 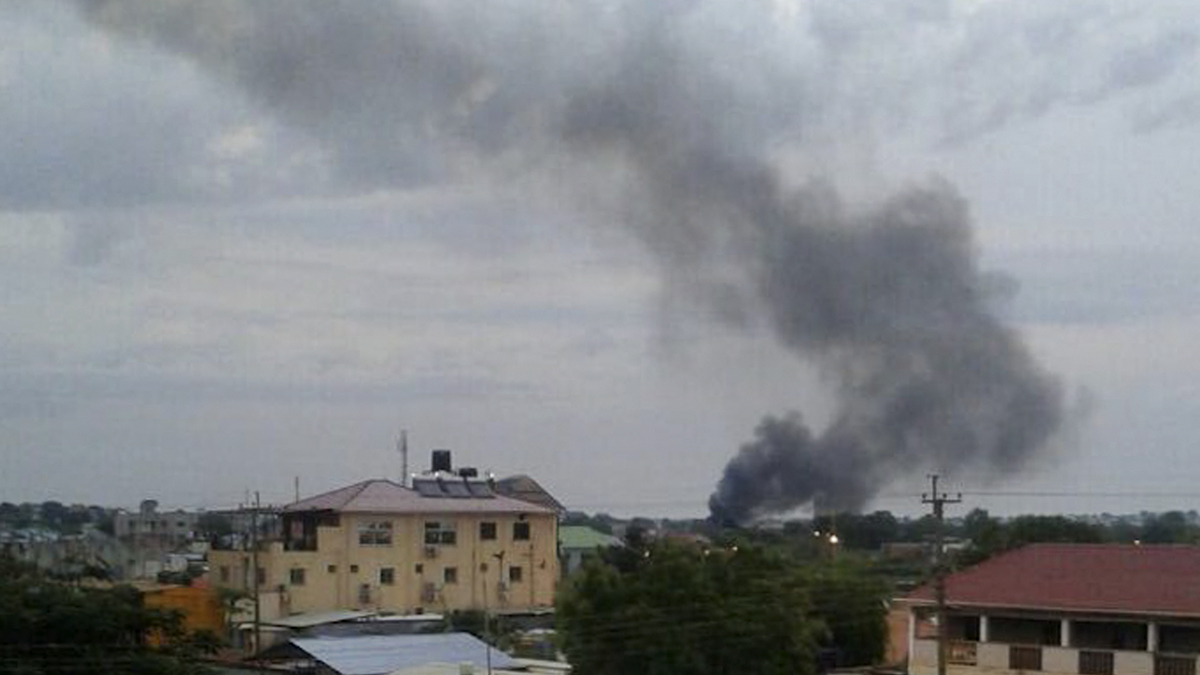 Black smoke rises above Juba, the capital of South Sudan, on Sunday. Explosions and heavy weapons gunfire are shaking Juba Monday in the fifth day of clashes between government and opposition forces, raising the specter of a return to civil war.

As fighting continues in South Sudan, tens of thousands of civilians have taken refuge inside a U.N. base, The Associated Press reports.

At least two U.N. peacekeepers have been killed, the AP writes, and aid workers are having difficulty supplying water to the approximately 30,000 people inside the camps.

Both sides have now announced a cease-fire, Reuters reports. President Salva Kiir announced a unilateral cease-fire first — though his words were followed by heavy gunfire, the AP writes. Vice President Riek Machar followed up by declaring a cease-fire would soon be in place on his side.

He reported explosions and gunfire concentrated to the west of the city center.

As we reported over the weekend, clashes between forces loyal to Kiir and Machar have reportedly killed more than 150 people since they started midweek.

The conflict between the two sides dates back years, to the civil war in South Sudan that broke out in 2013, just two years after the country declared independence from the north.

"It's essentially the same people" fighting today as in 2013, McDonald says.

"President Salva Kiir, who was leading the country, accused his vice president, Riek Machar, of an attempted coup [in 2013]. Similar fighting to what we're seeing today and what we saw yesterday did lead to what is considered a civil war," he reports.

"A peace agreement was signed last year, but very clearly it is not holding itself together, as both factions of the army are still fighting," he says.

The conflict is split along ethnic lines, as well as political rivalries: Kiir is a Dinka, and Machar is a Nuer.

The AP reports on the current situation at the U.N. base:

"Two government helicopters have been bombing areas near the base while ground forces shell the base, including a camp of tens of thousands of displaced civilians, according to a source within the U.N. compound, who insisted on anonymity because he is not authorized to speak to the press. The displaced civilians are mostly of the Nuer ethnicity and sought protection from the U.N. after a series of government-led killings of Nuer in Juba in 2013 which sparked the civil war, according to an African Union commission of inquiry.

"Government officials have repeatedly accused the civilians inside the U.N. bases of being rebels or rebel supporters."

South Sudanese residents of Juba are attempting to flee east, McDonald says, while international workers are planning to evacuate. There are currently no flights arriving or leaving from the airport, he reports.