Accessibility links
LISTEN: On Guns, Dallas Police Chief Tells Legislators: 'Do Your Job' : The Two-Way "We're doing ours. We're putting our lives on the line," Chief David Brown said during a press conference, where he also touched on race and the decisions made during the standoff with the shooter.

Chief Brown Talks About His Experience As A Black Man 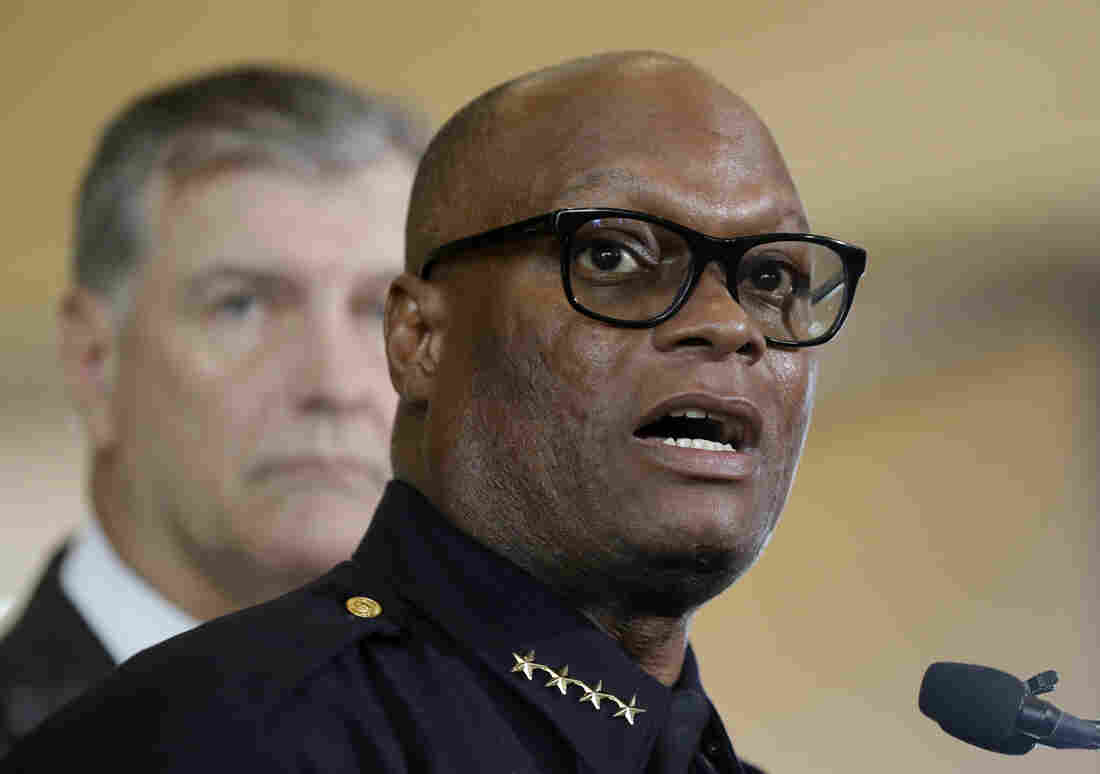 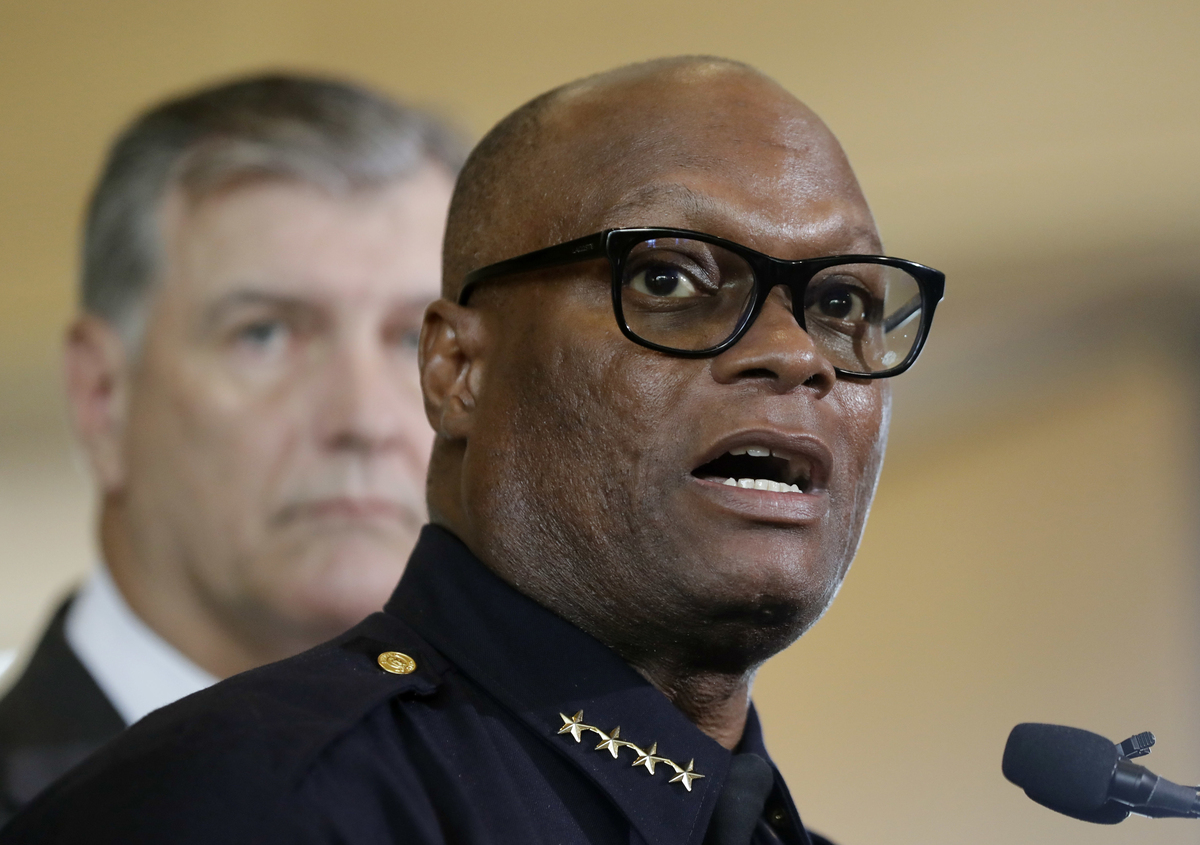 Dallas Police Chief David Brown held a wide-ranging press conference on Monday, where he touched on race, the investigation and the issue of guns.

In a dramatic moment, he urged legislators to do their jobs and propose new laws to combat gun violence.

"We're doing ours. We're putting our lives on the line," Brown said. "The other aspects of government need to step up and help us."

With that, here are five pieces of audio from that press conference you should listen to:

Chief Brown Asks Lawmakers To Do Their Job

2. He also touched on the problem he sees with open-carry laws, which he said were increasingly challenging for law enforcement. "We don't know who the good guy is versus who the bad guy is if everybody starts shooting," he said.

3. Brown also got personal, explaining that he became a police officer to help Dallas through its crack epidemic. And he urged protesters to leave the picket line and join the police force. "We're hiring," he said. "We'll put you in your neighborhood, and we will help you resolve some of the problems you're protesting about."

Chief Brown Talks About How He Became A Cop

4. Brown was asked how he processed the protests against police as a black man:

Chief Brown Talks About His Experience As A Black Man

5. Finally, Brown defended his police department's use of an explosive to kill the Dallas shooter. He said his guidance to the officer was not to "bring the building down." He added: "This wasn't an ethical dilemma for me. I'd do it again."

Chief Brown Defends His Use Of An Explosive