Accessibility links
Boston Considers Landmark Status For Legendary Citgo Sign : The Two-Way The Boston Landmarks Commission voted to study whether the modern - and some say - tacky, Citgo sign is culturally important enough to warrant state protection as a historic landmark. 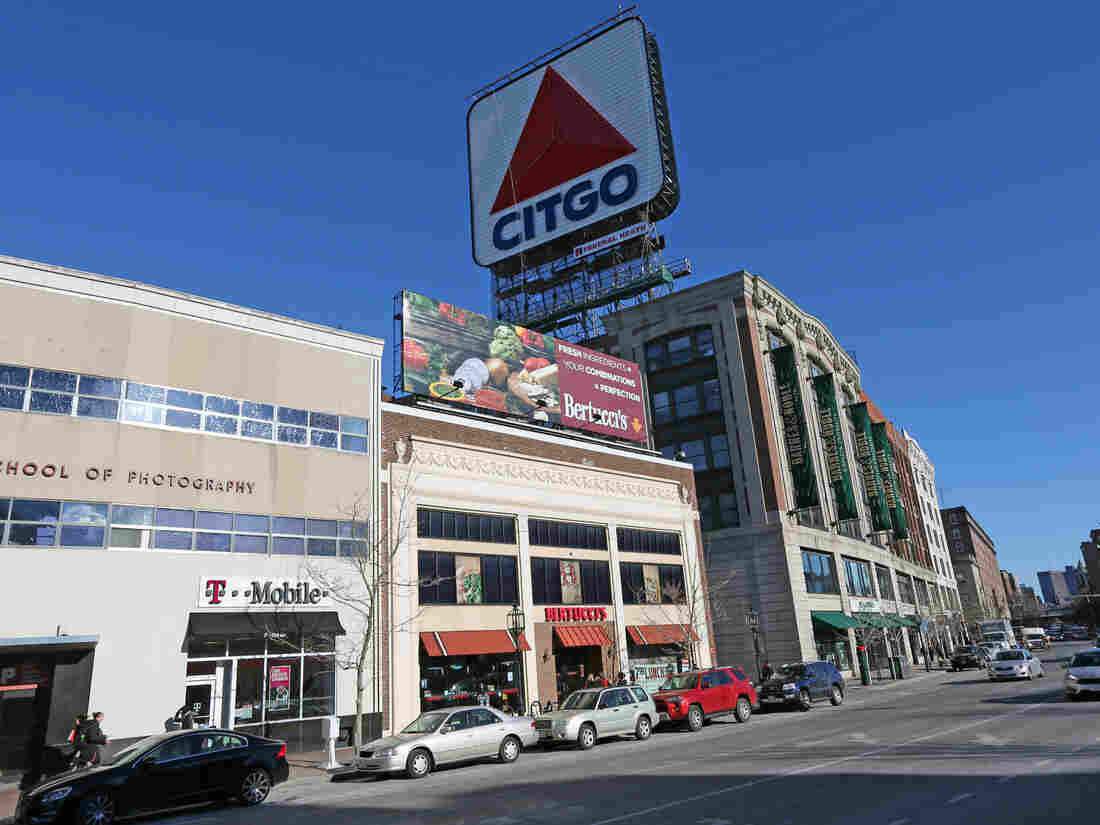 The Citgo sign in Boston's Kenmore Square is being considered for official landmark status. The building on which it is mounted is up for sale. Boston Globe via Getty Images hide caption 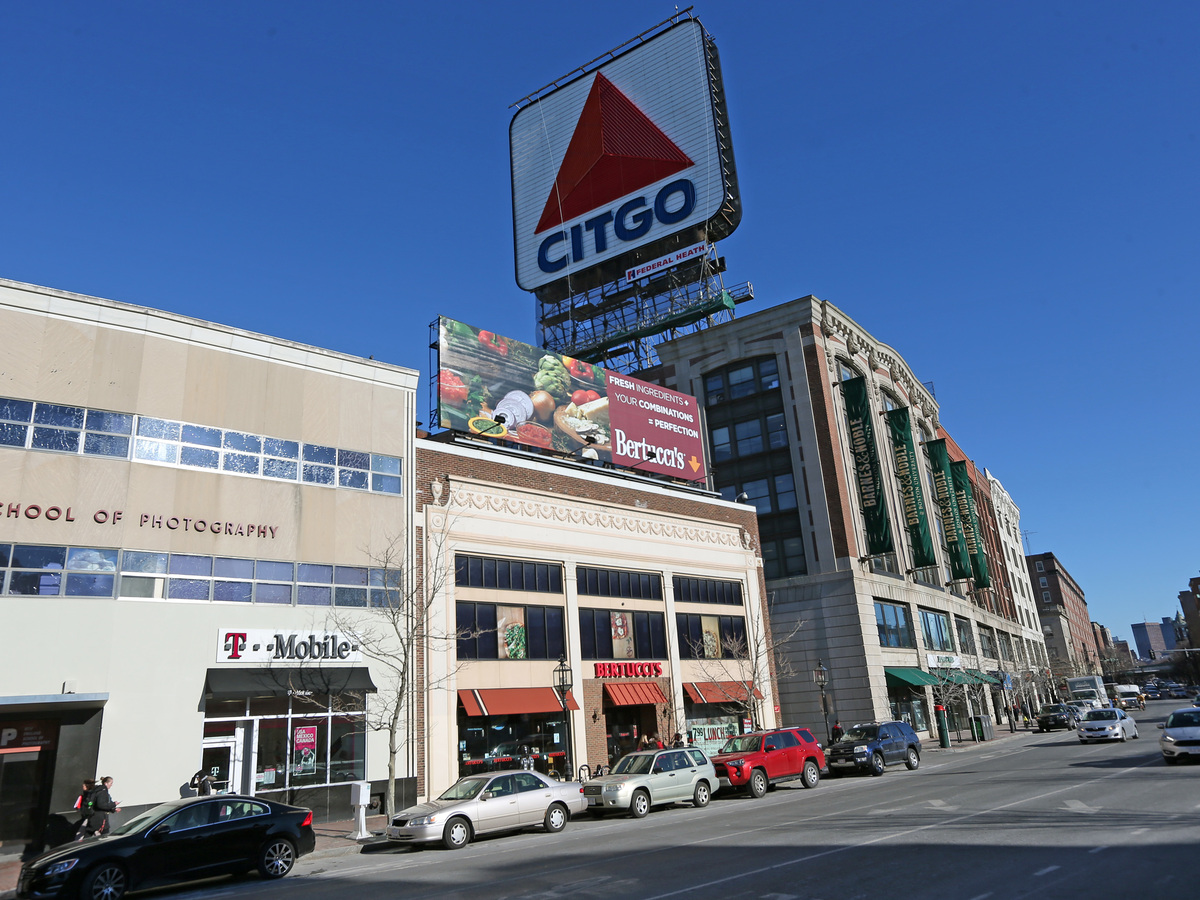 The Citgo sign in Boston's Kenmore Square is being considered for official landmark status. The building on which it is mounted is up for sale.

The Boston Citgo sign, all 3,600 square LED feet of which has served as the backdrop to Red Sox games since 1965, is now officially a "pending landmark."

The Boston Landmarks Commission voted on Tuesday to study whether the sign, which sits on top of a building in the Kenmore Square neighborhood near Fenway Park, should be given landmark status. It is the first step toward giving the sign the protections of an official Boston Landmark, which would require any future changes to its appearance or structure to be approved by the commission.

The vote came as the result of online petition in the wake of plans by Boston University, which owns the building on which the sign is mounted, to sell that building and a handful of others nearby. The petition, organized by the Boston Preservation Alliance and signed by more than 5,000 people, described the sign this way:

"It has encouraged many thousands of Marathon runners and its gleaming red triangle has presided over countless innings at Fenway Park. The sign is visible from almost every angle of the city and Cambridge serving as a beacon for the region. The CITGO sign isn't just an advertisement, it is a Boston landmark. For national audiences, it says "Boston" just as much as Old North Church and the Swan Boats."

Boston University is considering offers from developers who want to buy the Citgo-adorned building at 660 Beacon Street.

The sign itself is technically not included in the sale. According to the Boston Globe, it is owned by a company that leases the air rights above the building. But that lease agreement is at the discretion of the building's owner, which means the beloved and iconic symbol (or antiquated corporate-advertising monstrosity, depending on your position) could theoretically be removed by a developer, and the good people of Boston would have no say.

Unless, of course, the Citgo sign joins Boston Common, Quincy Market, and Faneuil Hall on the landmark list. Although it would not be the first modern site on the list — the Berkeley Building and Christian Science Center Complex are also protected by landmark status — the Citgo sign would arguably be the most tacky architectural item to make the cut. The Old North Church, of Paul Revere lantern-hanging fame, it is not.

But, that the Citgo sign is beloved to many Bostonians is beyond dispute. Since the building sale was announced in January, people have taken to Twitter to proclaim the sign's significance.

If the people who buy the BU building with the Citgo sign are seriously contemplating taking it down, they might have to prepare for hell

Some have also argued that the sign has artistic significance.

"It is a wonderful piece of American Pop Art from the 1960s," Arthur Krim, who studies preservation at Boston Architectural College, told the New York Times. "It's become part of the language of the city, which I think everyone is quite surprised by."