Accessibility links
British Prime Minister Announces Key Members Of New Cabinet : The Two-Way Boris Johnson is Britain's new foreign secretary and David Davis will manage the country's complicated exit from the EU under Prime Minister Theresa May. She was against Brexit. They were for it. 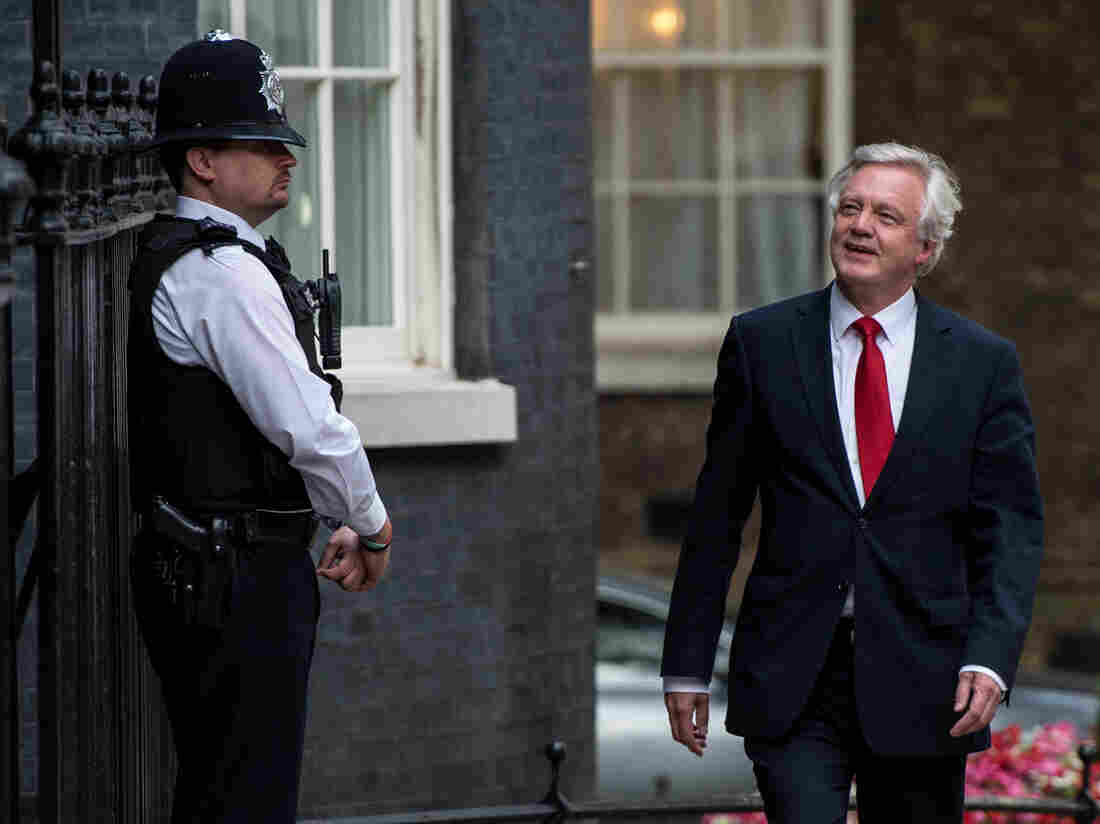 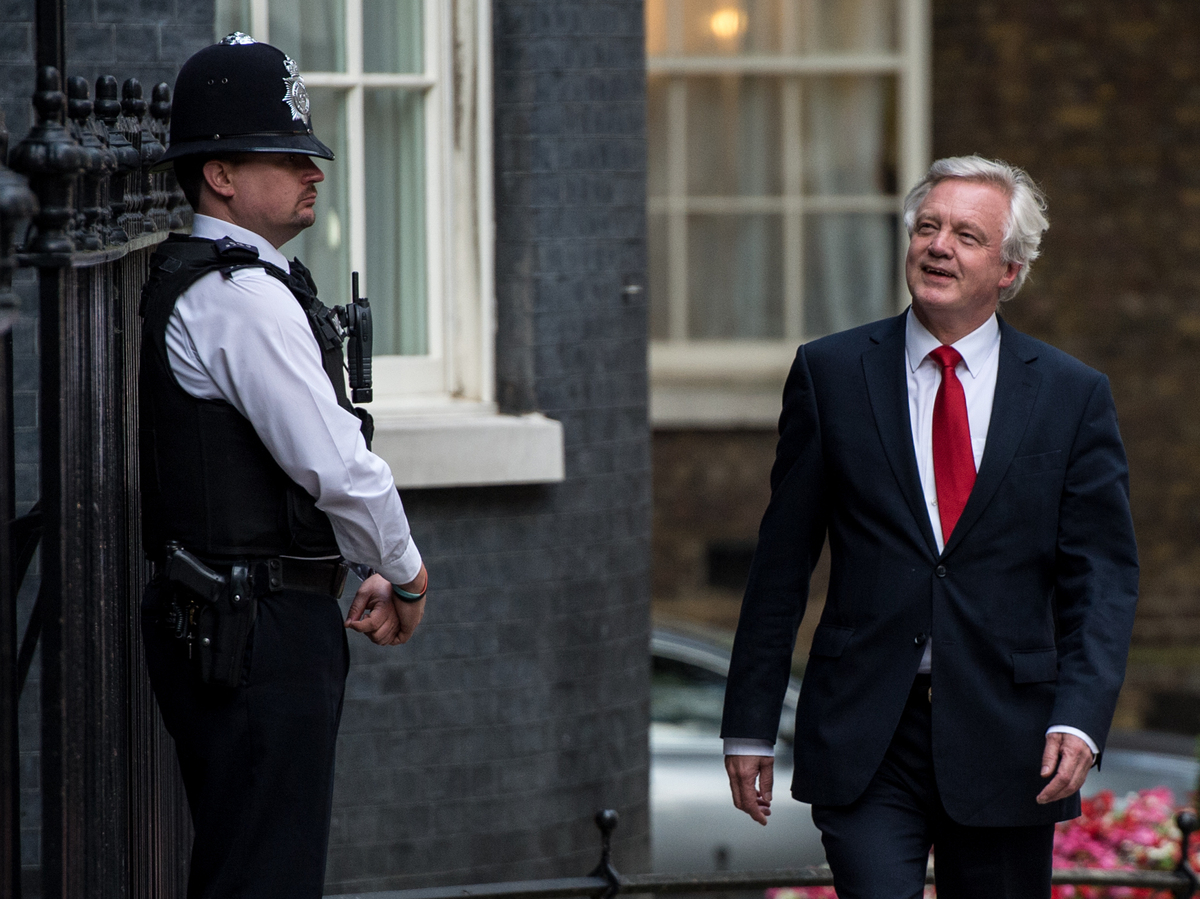 Newly appointed Secretary of State for exiting the European Union David Davis arrives at 10 Downing Street. He and five other Cabinet members were announced Wednesday by Prime Minister Theresa May.

Philip Hammond, who had been foreign secretary, is now chancellor. Hammond campaigned to remain in the European Union and said before the House of Commons on Tuesday that he thinks leaving the EU could take as long as six years, because the exit agreement could take years to negotiate and will need to be ratified by the parliaments of the other 27 member states to take effect, reports The Guardian.

May appointed David Davis to a newly created secretary of state role in which he will manage Britain's exit from the EU. Davis campaigned to leave the EU, and it will be his job to defend Britain's economy in new trade agreements with European countries.

"His appointment will set the tone for talks with fellow European states, many of whom have been keen for Britain to move swiftly to begin formal talks, and have talked tough on the prospects of giving away access to the EU single market.

"But, in a speech delivered during the Brexit campaign, Davis said: 'There is almost certainly going to be a deal, one that maintains a free market between the EU and the U.K.' "

Boris Johnson, probably the best-known member of the new Cabinet in the U.S., is now Britain's foreign secretary, making him the country's senior diplomat as Britain extricates itself from the EU.

In the past, Johnson has said some very undiplomatic things. Just this spring, he won a poetry contest with a limerick about the Turkish President Recep Tayyip Erdogan having sex with a goat. The former mayor of London has published kind words about both Russian President Vladimir Putin and Syrian President Bashar Assad, praising in editorials the former's "ruthless clarity" and the latter's defense of the ancient city of Palmyra against ISIS.

Johnson referred to residents of Africa as piccaninnies in a 2002 editorial in The Telegraph:

"What a relief it must be for Blair to get out of England. It is said that the Queen has come to love the Commonwealth, partly because it supplies her with regular cheering crowds of flag-waving piccaninnies; and one can imagine that Blair, twice victor abroad but enmired at home, is similarly seduced by foreign politeness.

"They say he is shortly off to the Congo. No doubt the AK47s will fall silent, and the pangas will stop their hacking of human flesh, and the tribal warriors will all break out in watermelon smiles to see the big white chief touch down in his big white British taxpayer-funded bird."

According to The Guardian, Johnson later apologized for using racist terms in the editorial.

With Brexit, Greeks Worry About Europe's Future And Their Place In It

The three other Cabinet members announced so far are Michael Fallon, who will remain as defense secretary; Amber Rudd as the new home secretary, and Liam Fox as the secretary of international trade.

Rudd is by far the most inexperienced member of the Cabinet politically. She joined Parliament in 2010 and was appointed energy and climate change secretary in 2015.

She, like the new prime minister and chancellor, campaigned for Britain to remain in the EU. Rudd replaces May as home secretary and is responsible for Britain's internal affairs as the Brexit process gets underway.