Accessibility links
Herbalife Agrees To Pay $200 Million To Settle Complaints It Deceived Consumers : The Two-Way The FTC has ordered the company to revamp the way it compensates distributors, but because the punishment wasn't even tougher, Herbalife's share price rises. 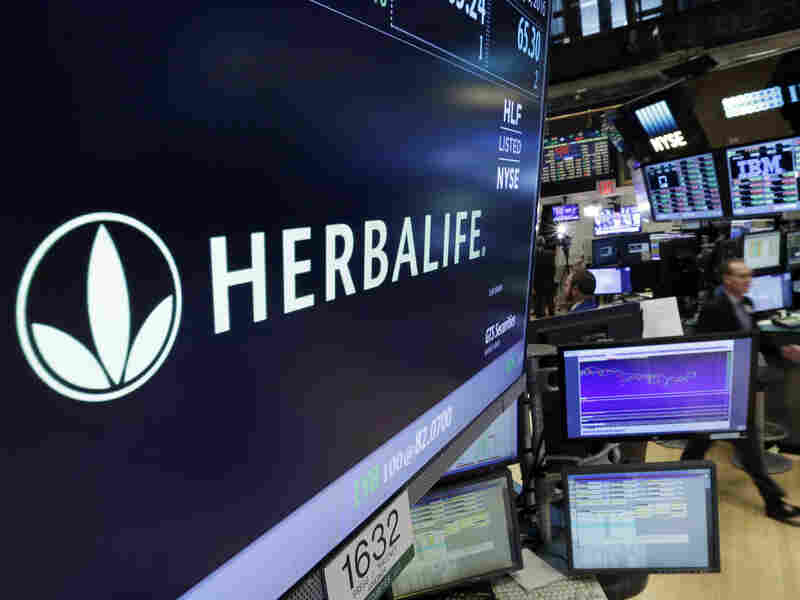 Shares of Herbalife rose after the Federal Trade Commission's decision, and the company says it's ready to move on. Richard Drew/AP hide caption 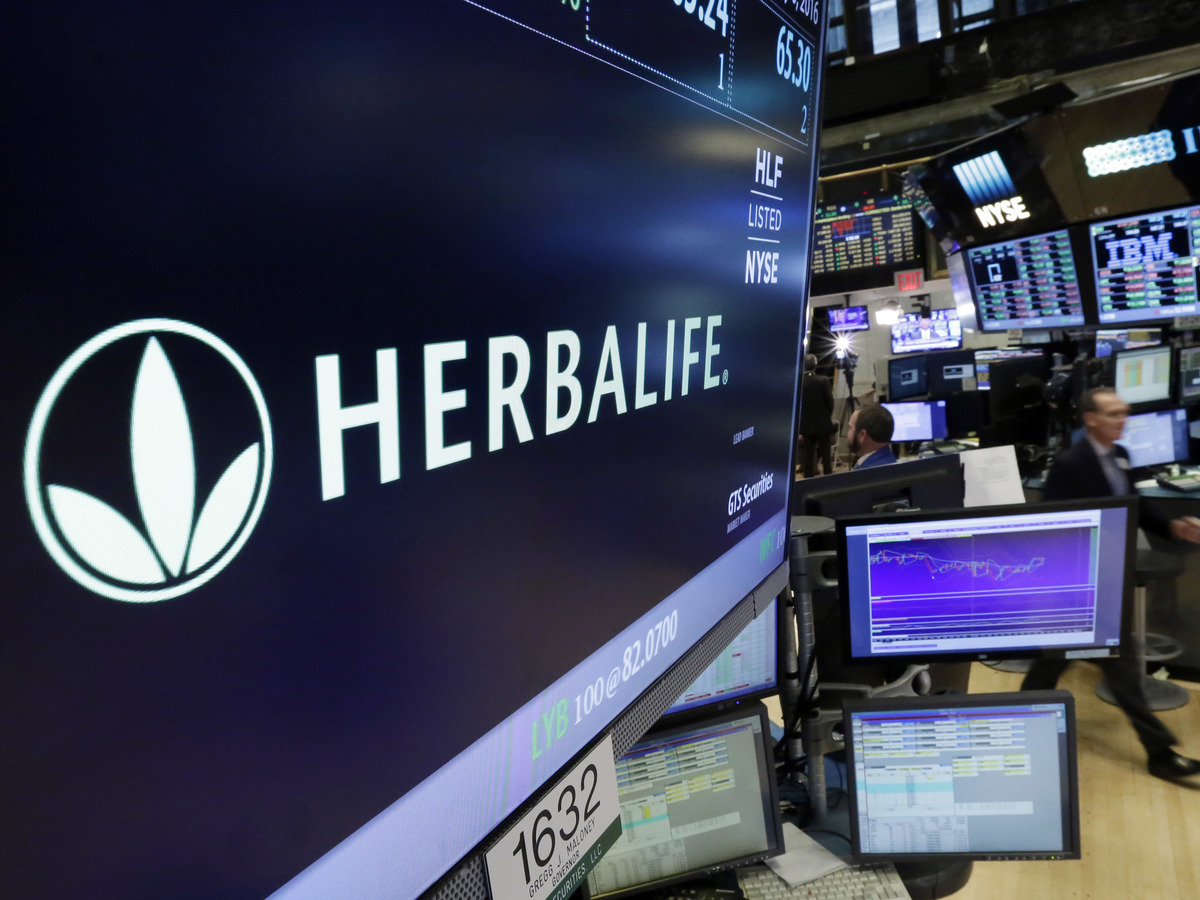 Shares of Herbalife rose after the Federal Trade Commission's decision, and the company says it's ready to move on.

Herbalife has agreed to pay $200 million to reimburse consumers who lost money on its nutrition supplements and will also make major changes in its sales and distribution practices, the Federal Trade Commission announced on Friday.

The FTC filed a complaint accusing the company of deceiving consumers about how much money they could make selling its products, noting that most Herbalife distributors make no money at all.

But federal officials stopped short of calling the company a pyramid scheme and allowed it to keep operating. That was seen as a victory for the company on Wall Street, where Herbalife had become the target of a short-selling campaign by investor William Ackman.

Still, the FTC had extremely tough words for Herbalife and made clear it sees many of its practices as deceptive.

"Herbalife is going to have to start operating legitimately, making only truthful claims about how much money its members are likely to make, and it will have to compensate consumers for the losses they have suffered as a result of what we charge are unfair and deceptive practices," said FTC Chairwoman Edith Ramirez.

Among other things, the FTC said Herbalife would have to revamp its compensation system so that participants are rewarded for how much they sell, not simply for signing up new distributors.

At least two-thirds of a participant's compensation must be based on actual sales that can be tracked and verified, it said.

"This settlement will require Herbalife to fundamentally restructure its business so that participants are rewarded for what they sell, not how many people they recruit," Ramirez said.

The FTC said in a statement that the overwhelming majority of Herbalife distributors earn little or no money:

Harsh as the decision seems, it is a big blow to hedge fund manager Bill Ackman of Pershing Square Capital Management, who has been trying for years to tar Herbalife as little better than a pyramid scheme.

Ackman reportedly shorted the company by a billion dollars, essentially betting that it would fail, in which case he would have made a lot of money. But after the FTC's announcement allowing Herbalife to keep operating, its stock price rose.

Herbalife said in a statement that many of the FTC's allegations are "factually incorrect" but chose to accept the settlement to avoid lengthy and costly litigation.

"Moreover, the Company's management can now focus all of its energies on continuing to build the business and exploring strategic business opportunities," the statement said.

"The settlements are an acknowledgment that our business model is sound and underscore our confidence in our ability to move forward successfully, otherwise we would not have agreed to the terms," said chairman and CEO Michael O. Johnson.