Accessibility links
Nice Attack: ISIS Says One Of Its 'Soldiers' Carried Out Deadly Rampage : The Two-Way It's a claim we need to take with caution, because French authorities have not yet found any links between the suspect and any militant organizations. They've taken five people into custody. 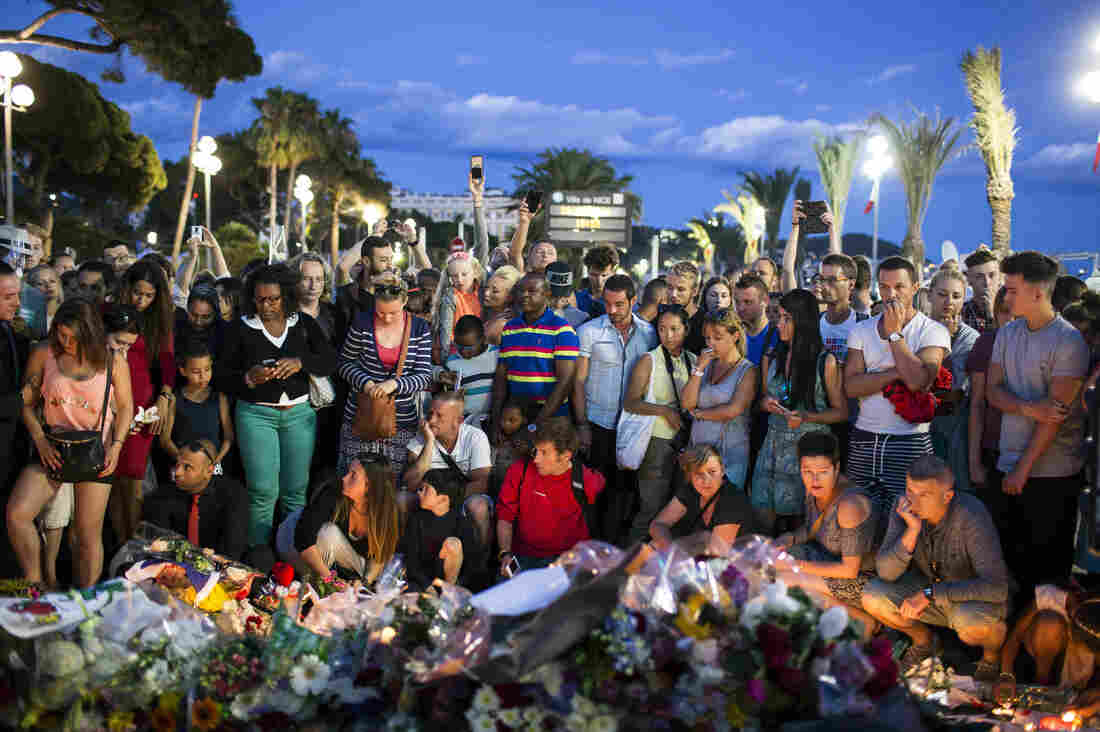 People gather at a makeshift memorial to honor the victims of an attack on Friday, near the area where a truck mowed through revelers in Nice, France. Laurent Cipriani/AP hide caption 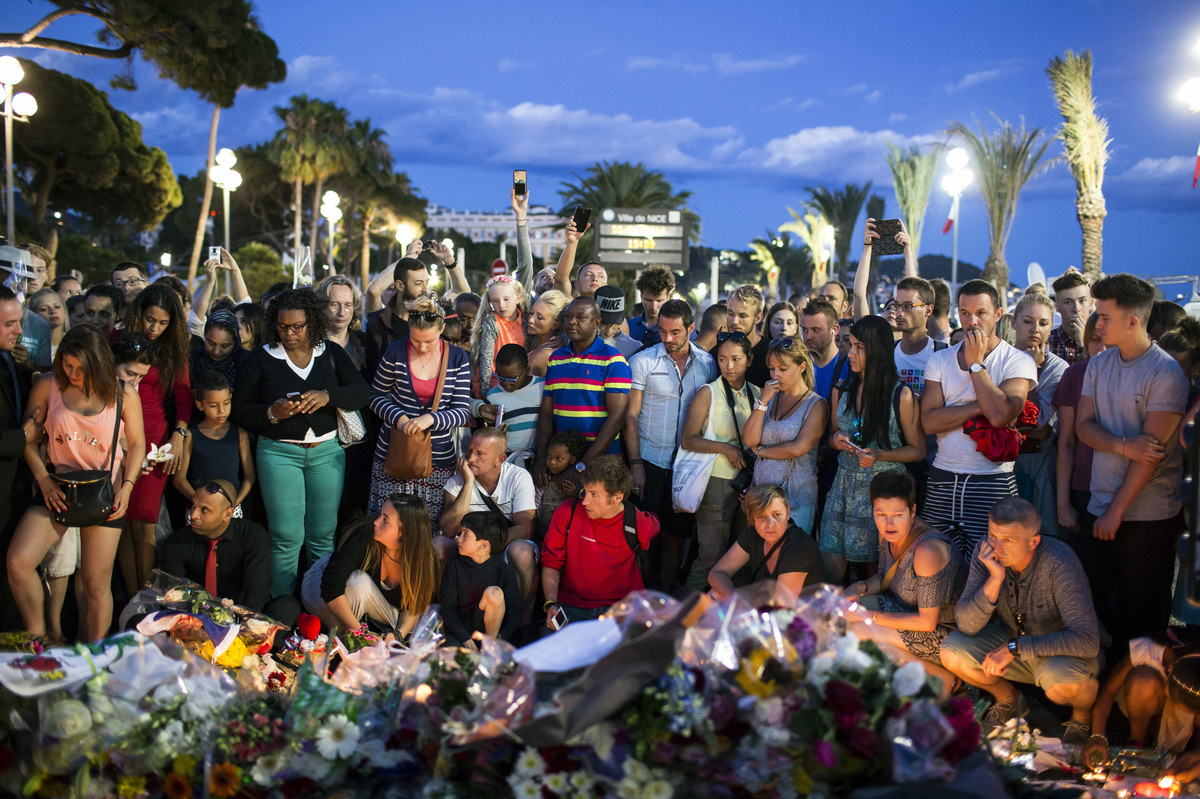 People gather at a makeshift memorial to honor the victims of an attack on Friday, near the area where a truck mowed through revelers in Nice, France.

The Islamic State group says one of its "soldiers" mowed down a crowd celebrating Bastille Day Thursday night on the promenade in Nice, France, killing at least 84 people.

It's a claim that we need to "take with caution," as NPR's Eleanor Beardsley reports from Nice. Speaking on Weekend Edition Saturday, she reports that according to French anti-terror prosecutor Francois Molins, the suspect has Mohamed Lahouaiej Bouhlel "has absolutely no links to jihadist networks, or Islamist radicals."

'They Are So Loved': Remembering The Victims Of The Bastille Day Attack

French police have now detained five people in connection with the deadly attack. That includes the suspect's ex-wife, as reporter Jake Cigainero tells our Newscast unit. He adds that "police have not yet released details on the identities of the others taken into custody," and "investigators are trying to establish if the driver acted alone or if he had support."

As we reported, French authorities had said Bouhlel was known to police as a petty criminal, but had never been the subject of any kind of screening by intelligence services.

French interior minister Bernard Cazeneuve told reporters Saturday that "it seems that he was radicalised very quickly - in any case these are the elements that have come up from the testimony of the people around him," according to Reuters. He didn't elaborate.

On the other hand, as Eleanor reports, authorities say "this attack could fit the mold of an individual attacker." Eleanor says she spoke with some of Bouhlel's neighbors:

"They said his wife was a good person. She took care of the kids. They were divorced. They said he was a very bad guy, that he beat her. And they in the neighborhood say it has nothing to do with Islam, he was not a religious person. ... He wasn't a religious zealot and there's no reason to think he did this in the name of Islam."

The claim of responsibility, released through the group's Aamaq news agency, could not be independently verified. It does not provide evidence to back up its claim and thus far, no clear links have been found connecting Bouhlel to the extremist group.

The purported claim cites a "security source," according to the SITE Intelligence Group, which monitors militant websites. It alleges that the attacker was responding to its calls to target citizens of countries in the coalition fighting ISIS.

Meanwhile, Nice's residents are reeling from the attack, as Eleanor reports. "People here in Nice are just stunned, shocked that such a horrible, bizarre attack happened in the heart of their city on this beautiful beach." She added: "I guess it makes people realize that it could happen anywhere, and it happened when France was under the highest security ever."