Accessibility links
Qandeel Baloch, Pakistani Social Media Star, Falls Victim To Apparent 'Honor Killing' : The Two-Way Qandeel Baloch, one of Pakistan's most provocative personalities, who's known for controversial social media posts, has been killed. Her brother admitted to the crime and said he has no regrets. 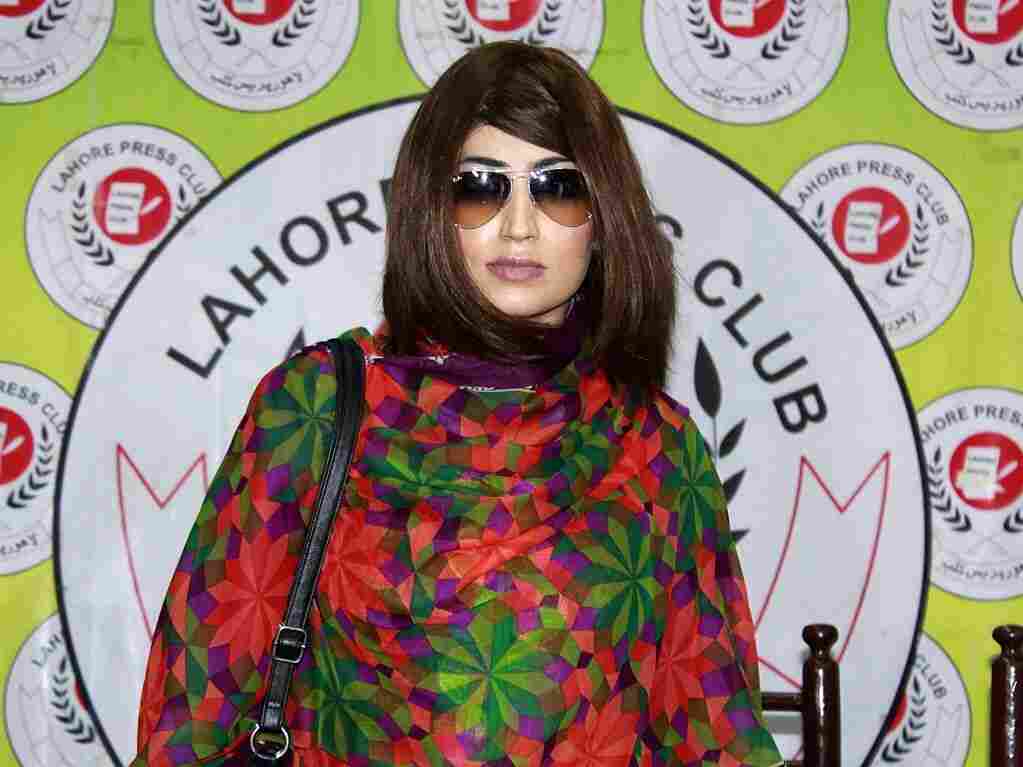 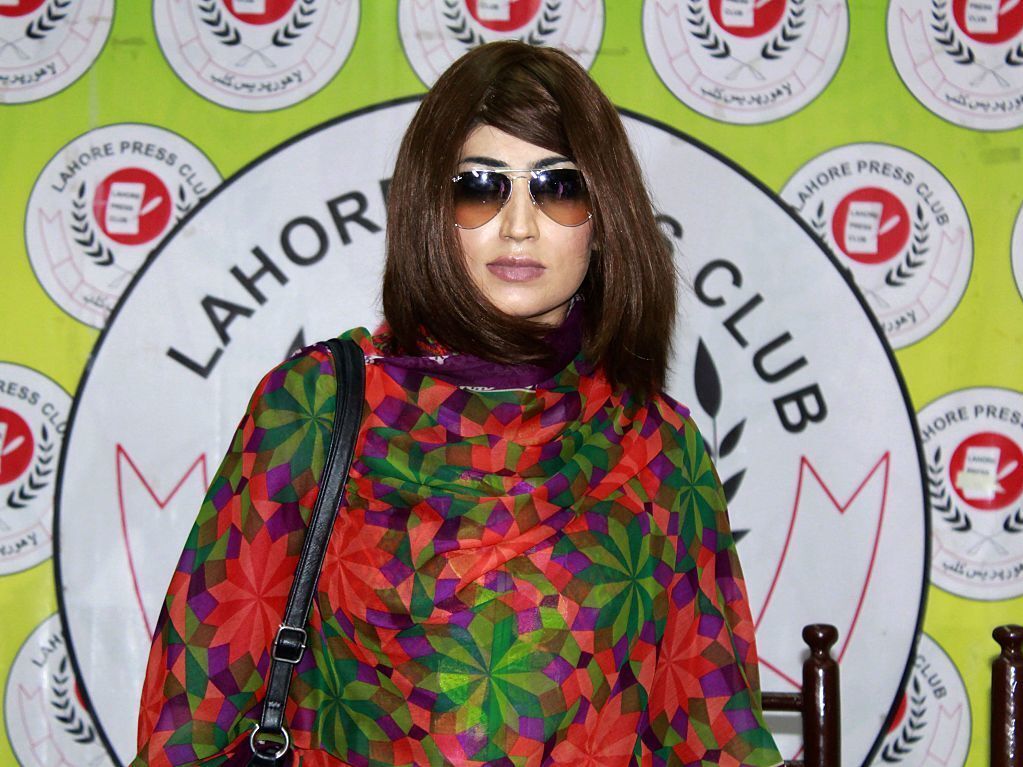 Qandeel Baloch, one of Pakistan's most provocative personalities, who's known for controversial social media posts, is the victim of an apparent "honor killing." Her brother has admitted to strangling her to death because he disapproved of her social media presence, as NPR's Philip Reeves reported from Islamabad.

"This is a widespread practice in Pakistan in which women accused of violating highly restrictive social rules are murdered with impunity by their male relatives," Philip reported. "So-called 'honor killings' frequently go unpunished in Pakistan, but the authorities say that won't happen this time." Here's more from Philip:

"Qandeel Baloch was 26. She called herself a 'one woman army' in a battle against the repression of women in Pakistan. Her weapons included social media pictures and videos of herself that, in this religiously and socially conservative nation, were considered highly provocative. Though widely criticized for this, she also attracted a multitude of followers who applauded her campaign."

Baloch's brother Mohammed Waseem spoke at a press conference organized by police after his arrest, as Philip reported. He said he had "no regrets about drugging and strangling his sister, whom he accused of dishonoring her family."

"I was determined either to kill myself or kill her," he said as he was being led away from the press conference, The Associated Press reported. "Money matters, but family honor is more important."

I will fight for it. I will not give up. I will reach my goal. & absolutely nothing will stop me.#qandeelbaloch pic.twitter.com/UQOpeWdHQw

In an interview published earlier this week by Pakistani lifestyle site Dawn Images, Baloch said her family had forced her to marry a much older, uneducated man when she was 17. "The kind of torture he has inflicted on me, you can't even imagine," she said, adding that he "tried to throw acid" on her.

A recent BBC radio piece described Baloch as Pakistan's "provocatrice extraordinaire." It aired before she was killed.

Baloch's controversial videos on social media are fairly predictable, as the BBC reported: "Most of the time she's in bed, in a provocative outfit exposing as much skin as she can get away with, singing, dancing or just staring into the camera and pouting." The news service continues:

"While her approach to fame is not original, the woman herself is an interesting example of how a typically conservative society like Pakistan both vilifies sex and is obsessed with it. ... While a lot of feminists here are dismissive of her, some see her as daring."

In a high-profile stunt, she promised to strip should Pakistan beat India in a recent cricket match –- but as the BBC points out, Pakistan lost so we don't know what would have happened. Another recent scandal that took Pakistani media by storm involved a selfie with a well-known religious cleric.

"Qandeel says she now faces death threats, and has asked the Ministry of Interior for armed security," as the BBC reported. Pakistan's Express Tribune reported earlier this month that the Interior Ministry did not respond to her requests, and that she planned to move abroad for her security.

"Qandeel Baloch is dead because we hate women who don't conform," a commentary piece in Dawn Images read:

"She was a young woman who clearly didn't abide by the unspoken rule that in Pakistan, your private self and your public self ought to remain distinct from each other. She blurred that line. Through her photos and videos, she invited us into her bedroom, her bed. ...

"She was both a product and a reflection of the precarious state of Pakistan today, where neither liberalism nor conservatism has definitively ousted the other, where women are increasingly visible in the public eye yet are also still murdered with casual nonchalance, where fame may buy you social mobility, but only if you play by the rules of the privileged class."

Every year, more than 500 people die in so-called honor killings in Pakistan, according to Reuters. Almost all of them are women.