Accessibility links
SpaceX Rocket Sends A New Door To Space Station : The Two-Way A new standardized docking port is bound for the International Space Station, in a mission that caused a sonic boom over Central Florida early Monday morning. 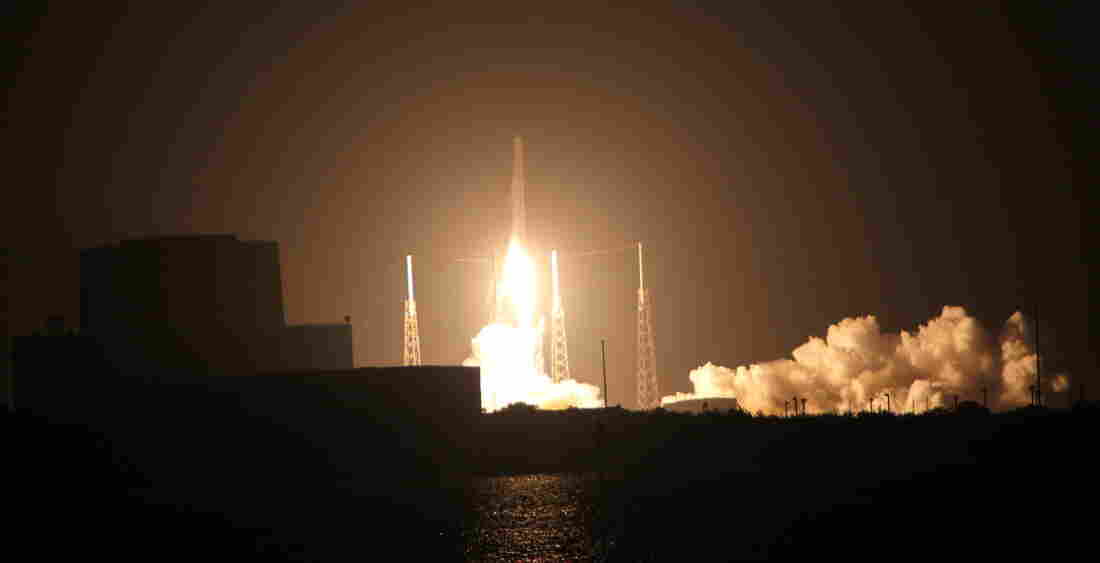 The SpaceX Falcon 9 and Dragon spacecraft lift off on the CRS-9 mission to bring a new docking adapter and other cargo to the International Space Station. Frank Michaux/NASA hide caption 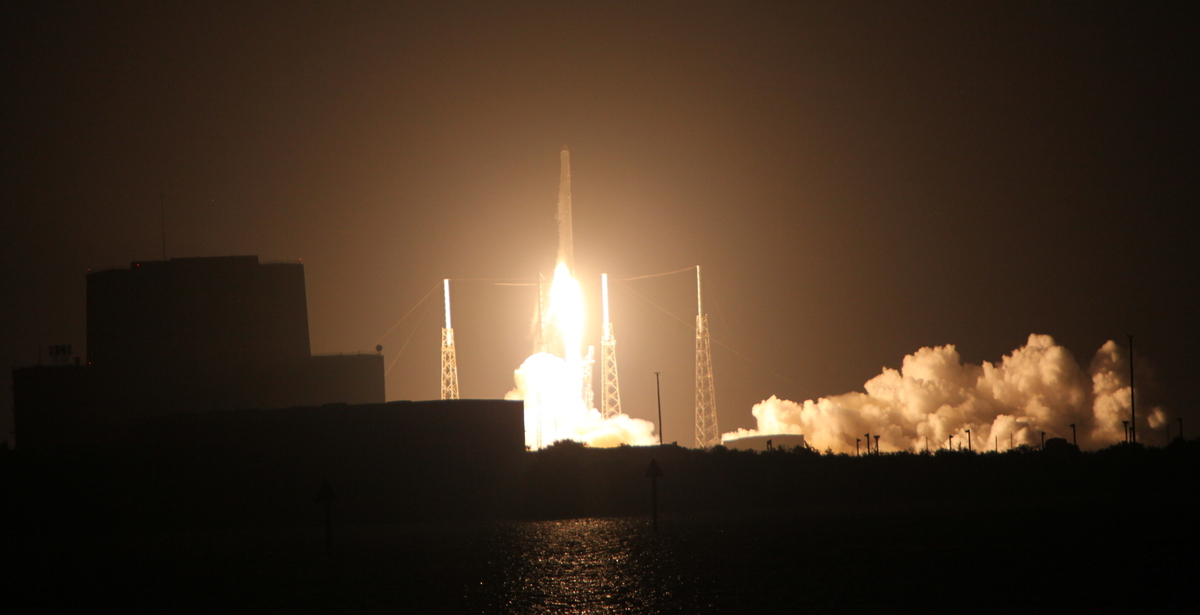 The SpaceX Falcon 9 and Dragon spacecraft lift off on the CRS-9 mission to bring a new docking adapter and other cargo to the International Space Station.

More than 2 tons of supplies and gear are speeding toward the International Space Station, after a SpaceX Falcon rocket launched early Monday from Cape Canaveral, Fla. The cargo includes a new port that will standardize how spacecraft connect to the station.

The SpaceX Dragon craft will deliver its payload to the station Wednesday morning — but the mission has already been something of a success, as Brendan Byrne of member station WMFE reports.

"SpaceX was able to land the first stage of the booster at a landing site at Cape Canaveral a part of their plan for rocket re-usability," Byrne says. Adding a detail that area residents might already know, he adds, "A sonic boom from the re-entry of the booster was heard across Central Florida."

"The hardware is a docking device, and it will enable NASA to send astronauts to the space station from American soil, instead of from Kazakhstan," Glasby says. "The docking adapter will permit crew capsules from Boeing and SpaceX to automatically rendezvous with the space station. Those flights are at least one to two years away."

This is the second attempt at sending the international docking adapter, or IDA, to the space station. The previous attempt ended in a dramatic explosion shortly after launch.

NASA says of the docking port, "The systems and targets for the IDA are much more sophisticated than previous docking systems and include lasers and sensors that allow the station and spacecraft to talk to each other digitally to share distance cues and enable automatic alignment and connection."