Accessibility links
Garry Marshall, A Master Of Comedy On TV And In Film, Dies At 81 : The Two-Way The Odd Couple, Laverne & Shirley, Happy Days, The Flamingo Kid, Pretty Woman: If you had to live on a deserted island, you could do far worse than to take the work of Garry Marshall with you. 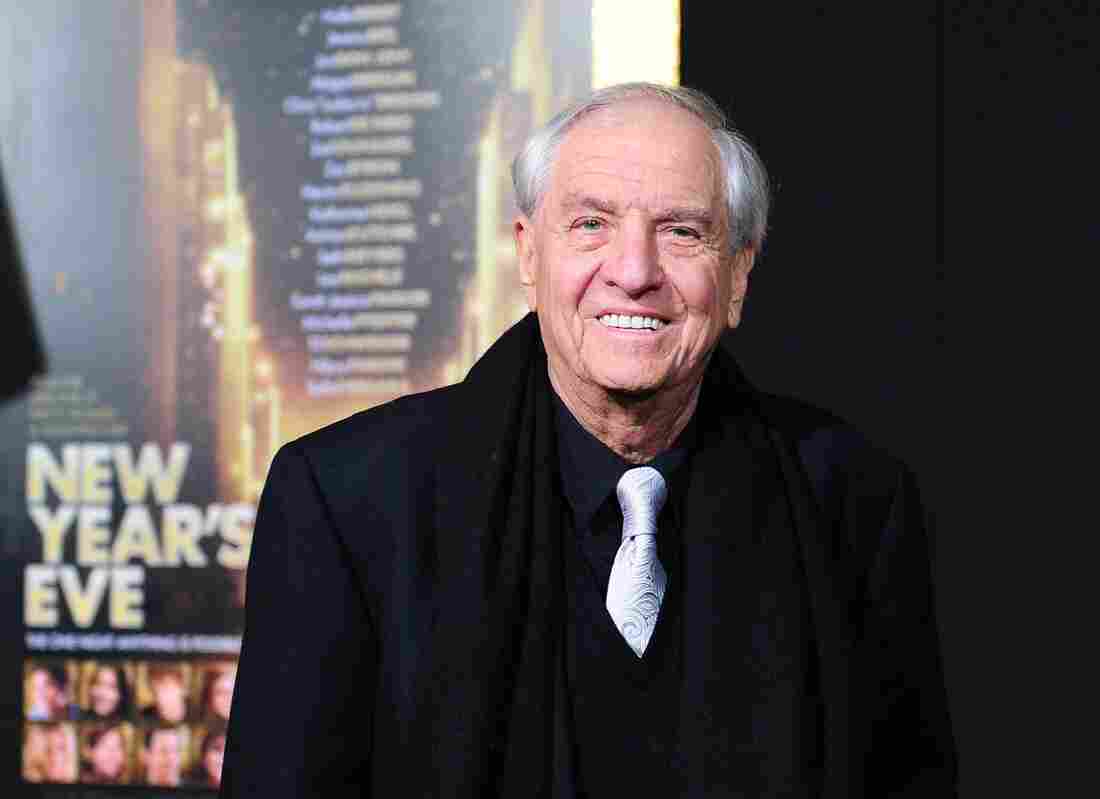 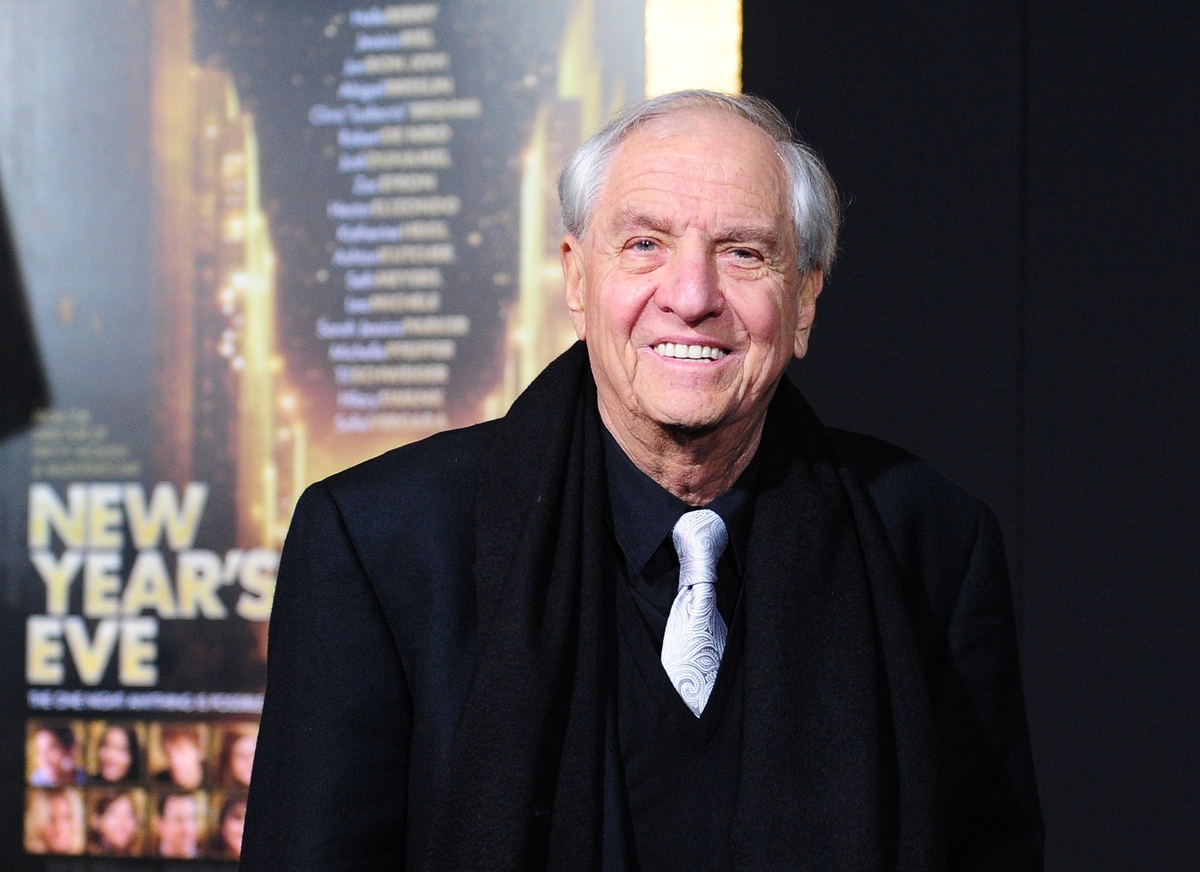 Director Garry Marshall, shown at the film premiere of New Year's Eve in Hollywood in 2011, has died at 81.

The Odd Couple, Laverne & Shirley, Happy Days, The Flamingo Kid, Pretty Woman: If you had to live on a deserted island, you could do far worse than to take the work of Hollywood legend Garry Marshall along to keep you company.

The list of Marshall's popular work stretches even further, from his early time as a writer for The Tonight Show with Jack Paar, to multiple episodes of The Dick Van Dyke Show and The Lucy Show, and to Mork & Mindy, the Robin Williams show that bridged the gap between the 1970s and '80s.

Marshall, 81, died Tuesday at a Burbank, Calif., hospital from complications of pneumonia following a stroke, a spokesperson for his publicist tells NPR.

Marshall helped the careers of many performers, particularly actresses: His Pretty Woman made Julia Roberts a superstar in 1990; the 2001 film The Princess Diaries, which he directed, catapulted an 18-year-old Anne Hathaway to movie stardom. In the 1970s, several of his projects highlighted the talents of his younger sister, Penny Marshall, whose title role on Laverne & Shirley gave momentum to her successful career as a director and producer.

Marshall's mother helped him learn a key rule of show business, as he told NPR's Scott Simon in a 2012 interview.

"She said the worst thing is to be boring, when I was little," he said. "And I said, 'What is boring, Ma?' And she said, 'Your father.' She always had a shot for everybody."

Melissa Joan Hart, who worked with Marshall on Sabrina, calls him her "friend and mentor" in a message posted to Instagram on Wednesday.

"He truly was an inspiration, a kind soul and a loving person," Hart said, noting that Marshall once acted in a short film she directed. Other actors, from Rob Lowe and Jason Alexander to Alyssa Milano, also were crediting him with helping their early careers, posting tributes to Marshall.

Marshall directed 18 films, including 1988's Beaches, featuring Barbara Hershey and Bette Midler. But NPR's Eric Deggans says another of Marshall's films is among his favorites.

That would be 1986's Nothing In Common, with Tom Hanks and Jackie Gleason as a father and son who can't quite connect.

"It was Jackie Gleason's last film," Eric tells NPR's Morning Edition, "and a great mix of comedy and drama, which I think Garry was kind of known for. He did these films that had heart — they were funny, but they also had great dramatic moments, too."

At a time when America was emerging from an unpopular foreign war and coping with divisive race issues, Marshall offered TV viewers both escape and commonality.

As Variety notes, Happy Days made phrases such as The Fonz's "Ayyy" part of the country's popular parlance. And while that show boosted sales of leather jackets as part of a 1950s nostalgia craze, Marshall's later Mork & Mindy turned rainbow suspenders into the hallmark of an era.

Happy Days ran for 11 seasons, from 1974 to 1984. Even in its decline, the show contributed a lasting phrase to American lingo: "Jump the shark," a reference to an episode in which Fonzie (Henry Winkler) water skis over a shark. The scene came to be viewed as the beginning of the end for Happy Days, but we'll note that defenders of the show are quick to add that the notorious shark-jumping occurred in 1977, midway through the show's successful run.