Accessibility links
Investigative Journalist Pavel Sheremet Killed By Car Bomb In Ukraine's Capital : The Two-Way Pavel Sheremet was assassinated when a car he was driving exploded in Kiev on Wednesday. The Ukrainian president has called for an investigation. 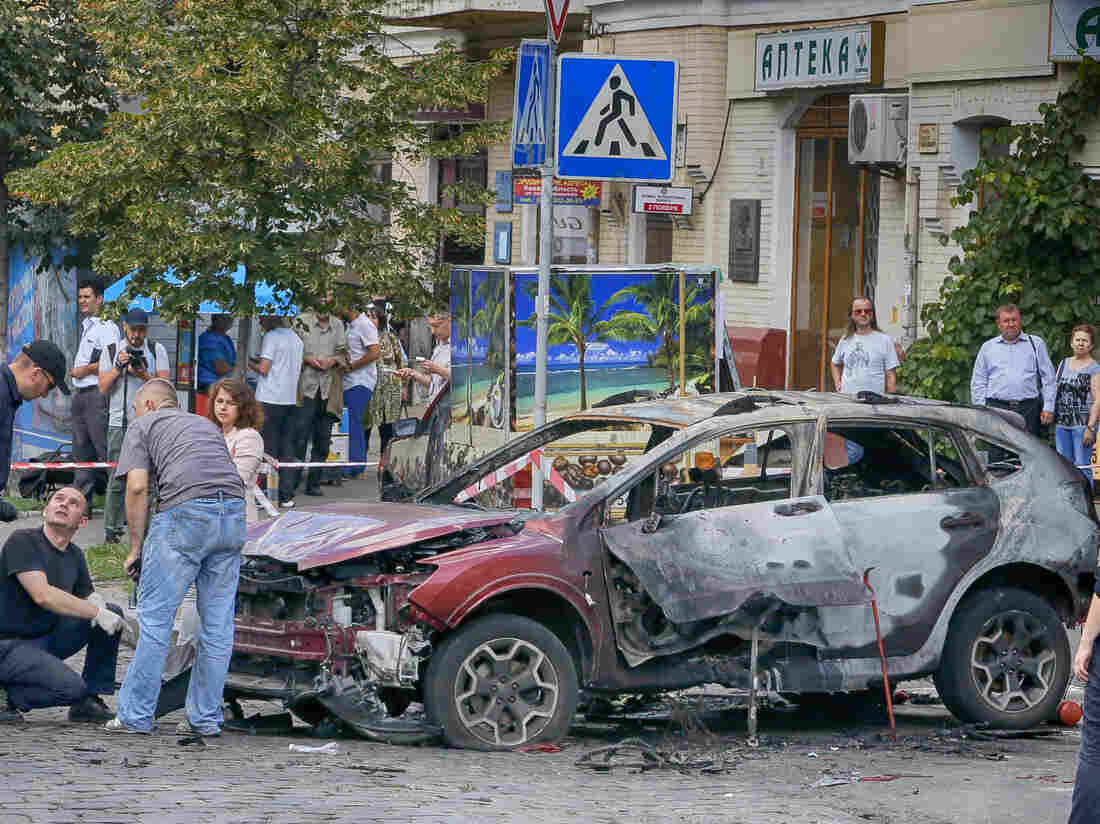 Forensic experts examine the wreckage of a burned car in Kiev, Ukraine. Pavel Sheremet, a prominent investigative journalist, was killed when the car exploded on Wednesday. Efrem Lukatsky/AP hide caption 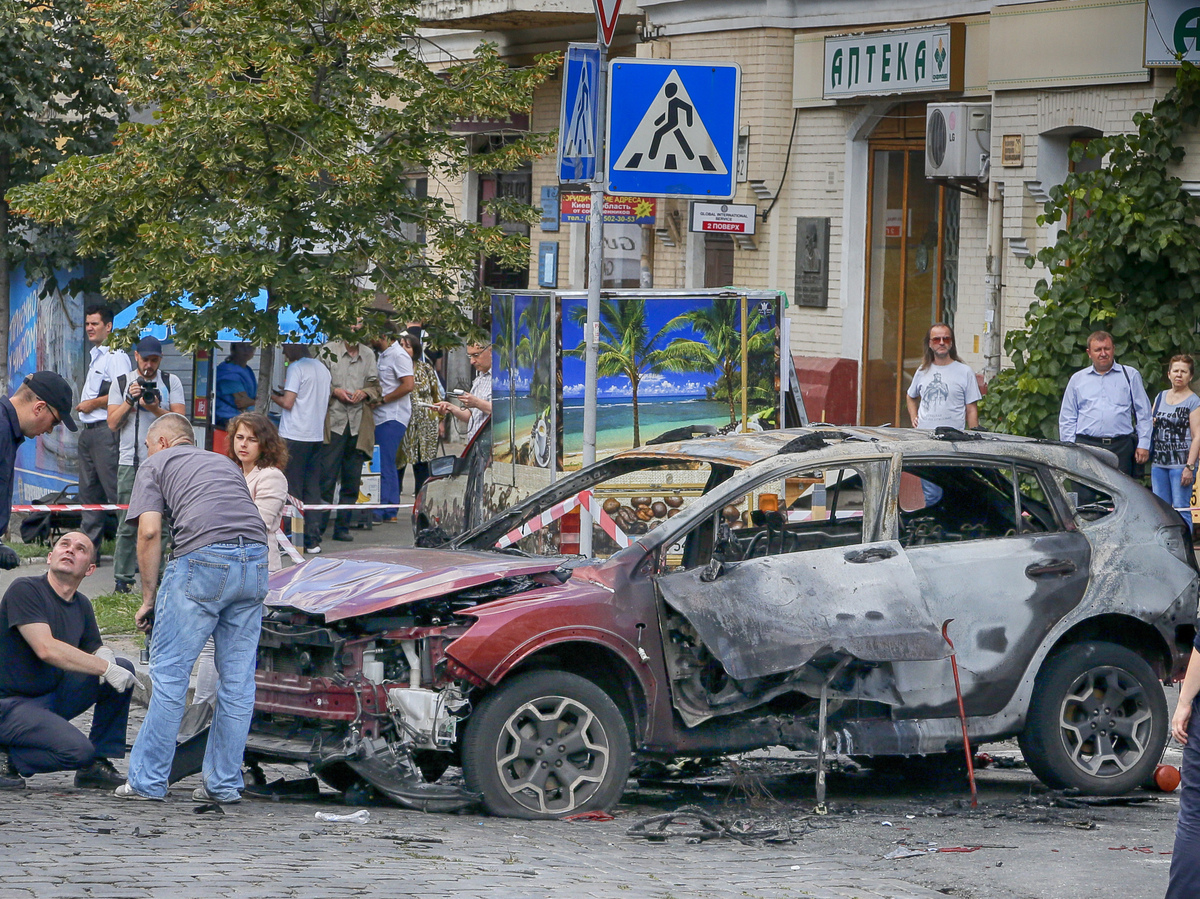 Forensic experts examine the wreckage of a burned car in Kiev, Ukraine. Pavel Sheremet, a prominent investigative journalist, was killed when the car exploded on Wednesday.

A journalist for a Ukrainian investigative news website and host of a popular radio talk show was assassinated Wednesday morning by a bomb inside the car he was driving to work in Kiev.

The Grand Ambitions Of A Slain Journalist In Ukraine

Pavel Sheremet wrote for the investigative website Ukrainska Pravda and hosted a radio news program on Ukraine's Vesti FM. The car he was driving belonged to the website's lead editor, Olena Prytula, who was also Sheremet's girlfriend, according to The New York Times.

"The car belonged to Mr. Sheremet's girlfriend, Olena Prytula, a founding editor of Ukrainska Pravda, whose journalists, like others in the former Soviet Union, have been singled out for retribution. Speaking on Echo of Moscow radio Wednesday morning, his colleagues speculated that Ms. Prytula might have been the intended target.

"In 2000, a Ukrainska Pravda reporter, Georgiy Gongadze, who had been highly critical of the president at the time, Leonid Kuchma, was killed and beheaded, a death that still resonates in Ukrainian journalistic circles."

Hours after the killing, Ukrainian President Petro Poroshenko said on television, "It seems to me this was done with one aim in mind: to destabilize the situation in the country," Reuters reports. He also asked the U.S. Federal Bureau of Investigation for help with the government's official inquiry into the bombing. 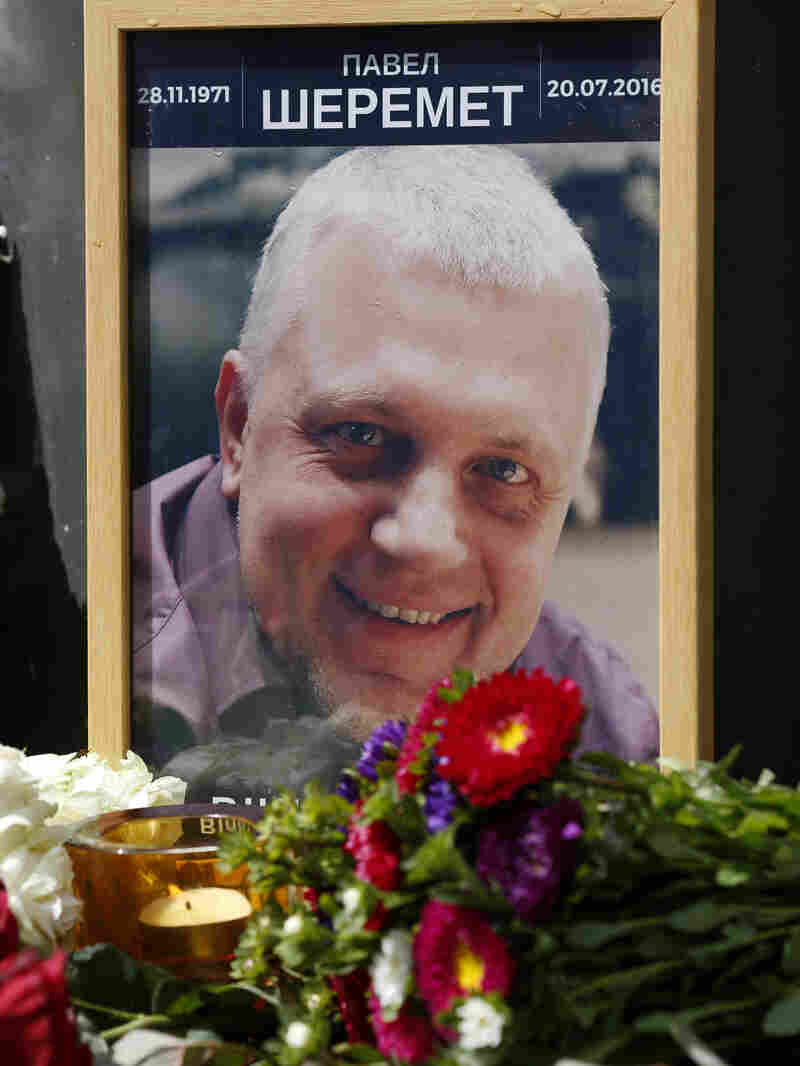 A portrait of journalist Pavel Sheremet is surrounded with flowers and candles near where the car he was driving exploded, killing him on Wednesday. Sergei Chuzavkov/AP hide caption 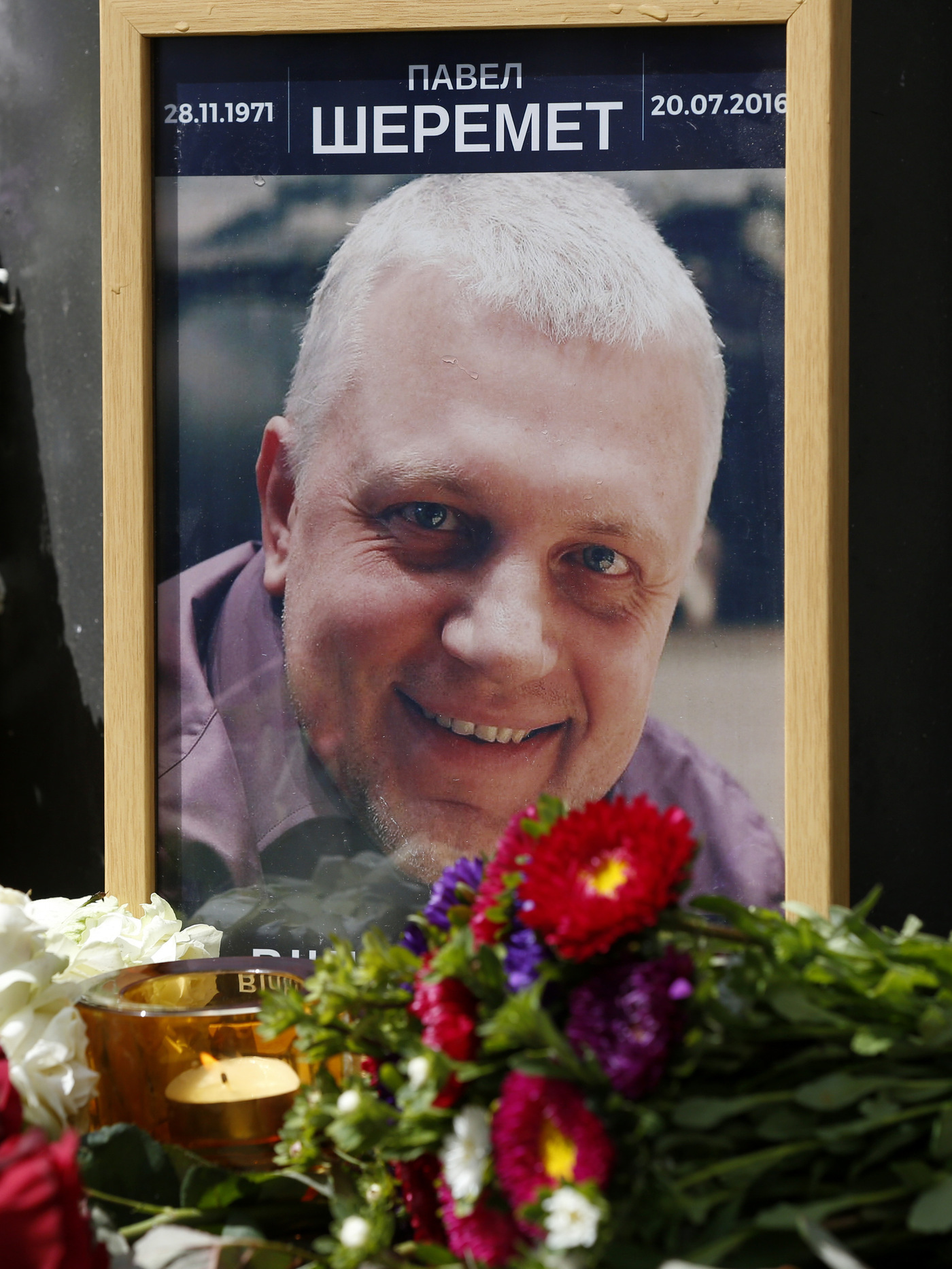 A portrait of journalist Pavel Sheremet is surrounded with flowers and candles near where the car he was driving exploded, killing him on Wednesday.

"We are shocked and saddened at the news of the death of prominent journalist Pavel Sheremet,who was killed in an unprecedented car explosion in Kyiv this morning.

"Pavel led a life of purpose and integrity in multiple countries. We respect him as a fearless practitioner and supporter of freedom of speech, the Revolution of Dignity, and a brighter future for Ukraine."

The so-called Revolution of Dignity swept the pro-European Poroshenko to power in 2014, after protests in Kiev's central square ousted the country's pro-Russia president.

But more than two years later, the fight over Russia's influence in Ukraine continues. NPR's Cory Flintoff reported in April that more than a million people had fled eastern Ukraine, where conflict between Russian-backed fighters and Ukrainian militias has killed thousands of people in the past two years.

Sheremet faced frequent threats and violence over the course of his long career as a journalist in Belarus, Russia and Ukraine. Born in Belarus, he was the Minsk bureau chief for the Russian public television network ORT beginning in 1996, according to a biography by the Committee to Protect Journalists, which honored Sheremet with a press freedom award in 1998.

A few days ago we celebrated our newest press freedom awardees. Today we mourn Pavel Sheremet, one of the first: https://t.co/Q5UF6AeN2c

He went on to found an opposition news website in Belarus, suffered a severe beating by government censors in 2004 and eventually moved to Moscow, where he continued to work for Russian television, according to the BBC.

But Sheremet later said he no longer felt safe in Russia. Five years ago, he moved to Kiev. In an interview with Reuters in October, he said, "I'm threatened often and given hints. Every time I go to Moscow, it's like I'm in a minefield."

"Now the problem of freedom of speech and objective journalism is becoming again a serious issue," he told the wire service.