Accessibility links
Mali Extends State Of Emergency After Series Of Deadly Attacks : The Two-Way The country is still recovering from an Islamist insurgency in 2012, NPR's Ofeibea Quist-Arcton reports. An attack in a central town killed 17 soldiers Tuesday.

Mali Extends State Of Emergency After Series Of Deadly Attacks

Mali Extends State Of Emergency After Series Of Deadly Attacks 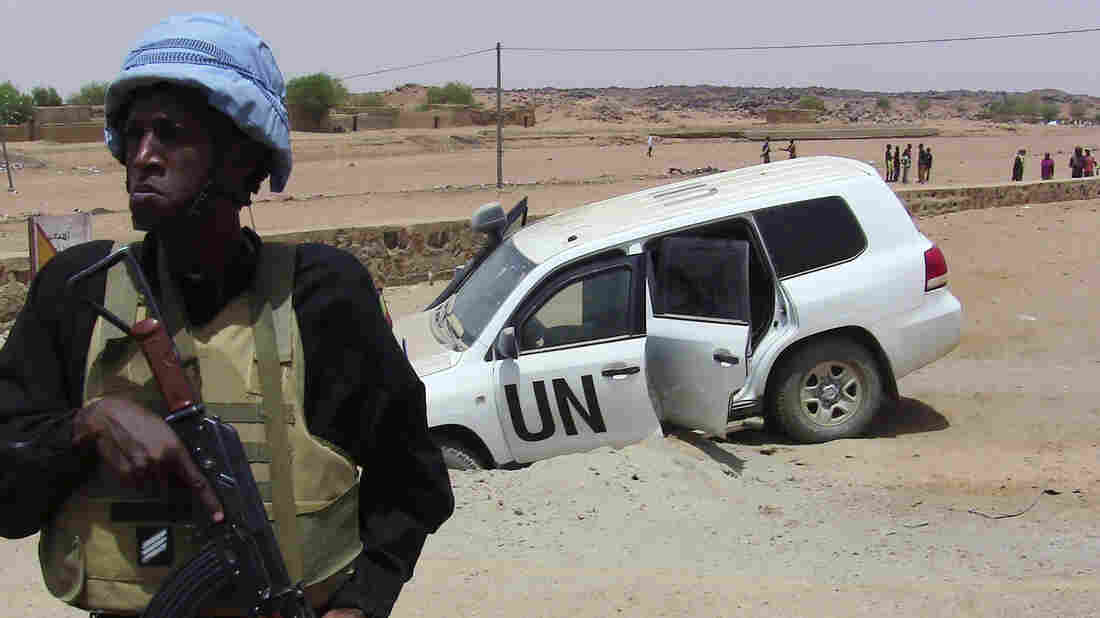 A soldier of the United Nations mission to Mali stands guard near a UN vehicle after it drove over an explosive device near Kidal, northern Mali, on July 14. Souleymane Ag Anara/AFP/Getty Images hide caption 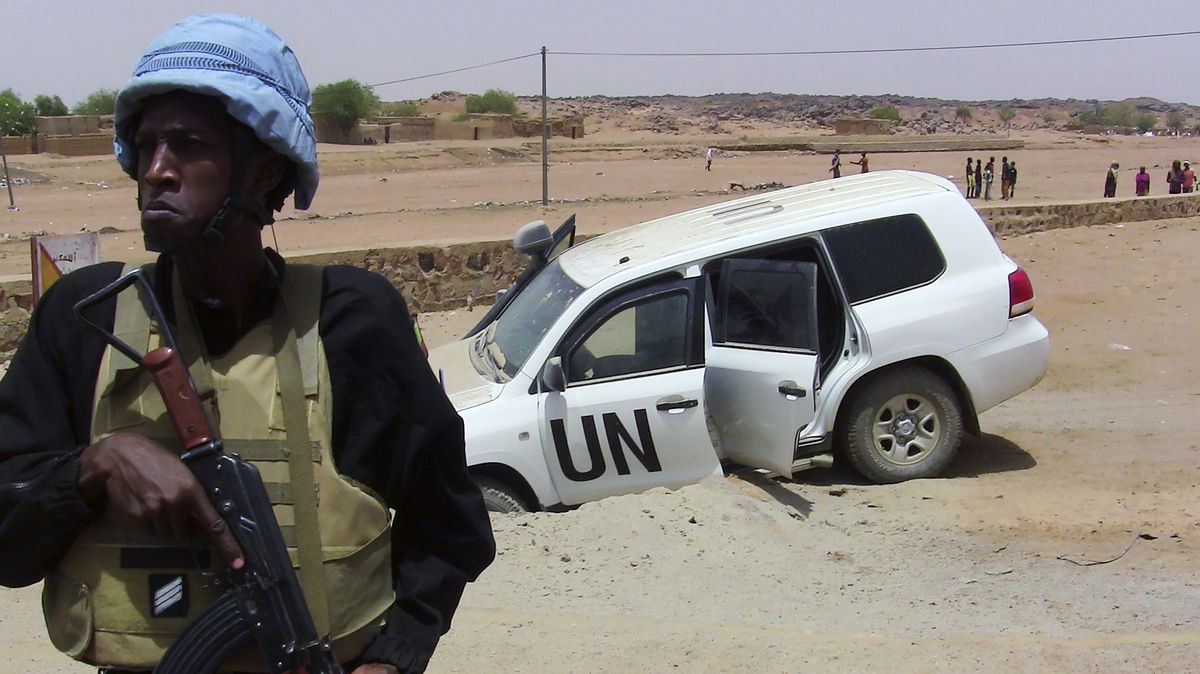 A soldier of the United Nations mission to Mali stands guard near a UN vehicle after it drove over an explosive device near Kidal, northern Mali, on July 14.

Mali is extending a state of emergency after a series of deadly attacks — including an assault on an army camp on Tuesday that killed 17 soldiers.

Around 35 people were wounded in the army camp assault, The Associated Press reports.

Mali has been the site of conflict for the past four years, since violence erupted in 2012.

"Most of the north — including historic Timbuktu — was occupied by Tuareg separatists and extremists," Ofeibea says. In 2013, "a French-led military offensive drove back the Islamists, but Mali has remained unstable ever since."

Now that militant threat is resurgent, she says, and Malian authorities are wrestling with an increase in terrorism.

"There has been a resurgence of violence against aid agencies in recent months, with 10 attacks recorded in April and May after just three in the first three months of this year, according to data from the United Nations," the humanitarian news agency says.

Many attacks involve vehicle hijackings, the wire service reports. And while they may not be targeting aid workers specifically, they are "hindering the delivery of food, water and healthcare to millions," Thomson Reuters says:

"Around three million people in Mali do not have enough to eat, and some 500,000 in conflict-hit areas in the north need urgent food aid, according to aid agencies in the region. ...

"Medical charity Medecins Sans Frontieres (MSF) said it was worried about a lack of health care in northern Mali, where few health centres are functioning and an outbreak of malaria has led to one in two people being infected in some villages."

Photos: Why Everyone In Mali Wanted To Pose For The Late, Great Sidibe