Accessibility links
French Prosecutor Says Attacker In Nice Had Accomplices And Planned For Months : The Two-Way France's anti-terror prosecutor said that more than 400 people across multiple agencies have been working on the probe. Authorities have taken five possible accomplices into custody. 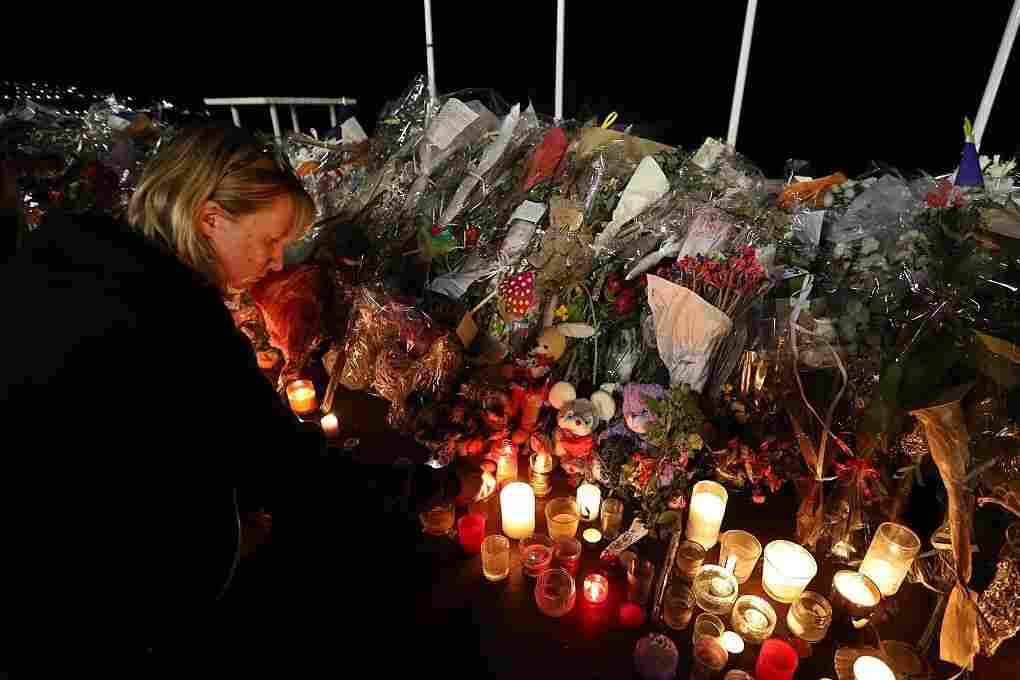 A woman lights a candle on Monday in Nice, France, near a makeshift memorial for the victims of the deadly Bastille Day attack. Valery Hache /AFP/Getty Images hide caption 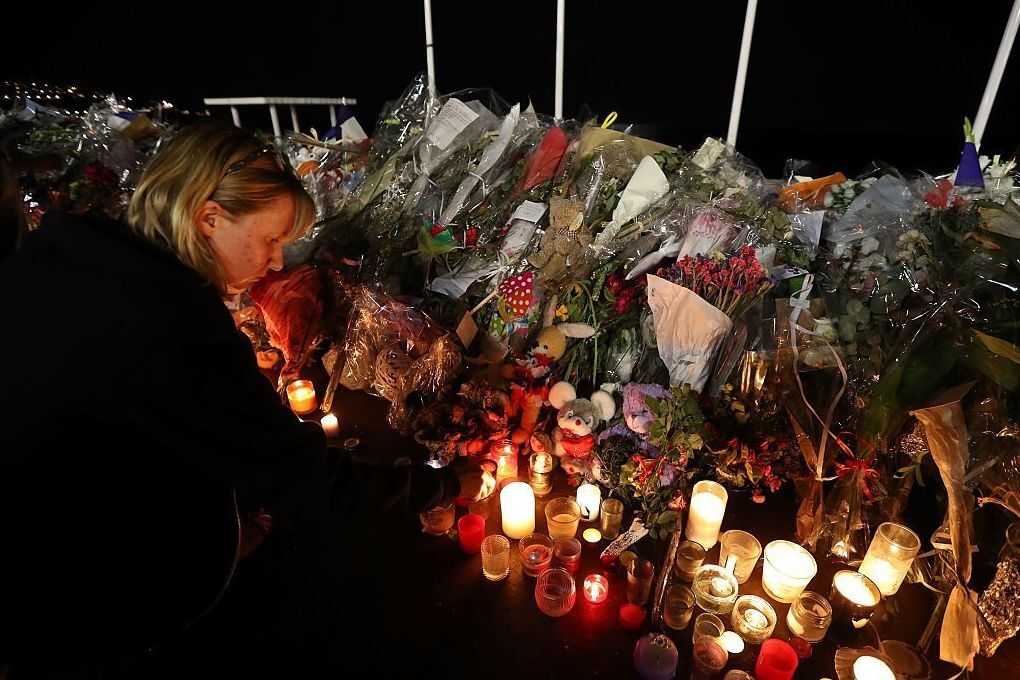 A woman lights a candle on Monday in Nice, France, near a makeshift memorial for the victims of the deadly Bastille Day attack.

French authorities say they believe the man who killed 84 people when he plowed a truck into a crowd in Nice, France, had multiple accomplices and planned the attack for months.

French anti-terrorism prosecutor Francois Molins announced the developments in the investigation during a news conference Thursday. He added that more than 400 people across multiple agencies have been working on the probe.

As The Two-Way has reported, French authorities have previously identified 31-year-old Mohamed Lahouaiej Bouhlel as the driver who slammed into Bastille Day revelers gathered along a seaside promenade to watch fireworks and drove for more than a mile.

Molins said five possible accomplices were in custody and could face the following charges, according to an interpretation from France 24:

As reporter Jake Cigainero told our Newscast unit, "phone records led police to four men and one woman who have been arrested and sent to an anti-terror judge today in connection with the attack."

France24 reported that Molins said the possible accomplices include:

None of the suspects were previously known to intelligence, Molins added. However, he said, "It is clear that Mohamed Lahouaiej Bouhlel had been premeditating for several months."

Information gleaned from Bouhlel's phone and computer records connects him to the possible accomplices, according to Molins. He said there were more than 2,000 calls between "Mohamed Oualid G." and Bouhlel this year, and 150 "contacts" between "Chokri C." and Bouhlel during 2015-2016.

Bouhlel also allegedly sent three text messages to "Ramzi A." on the day of the attack, saying he was happy with the gun he had received. Molins later said that investigators believe Bouhlel obtained weapons used in the attack from "Ramzi A." and from the two Albanian suspects, whom he described as a couple.

Bouhlel had photos from July 11 and 13 of "Mohamed Oualid G." in the driver's seat of the truck used in the attack, Molins said, adding that authorities have found DNA of "Chokri C." in that truck. Authorities also found a photograph of a May 15 article on Captagon, which is described by Forbes as a drug used by militants in Syria to "endure battle." Bouhlel also was said to have had multiple photos of major public gatherings in Nice.

Molins added that 15 of the people injured are still in "very serious condition."