Accessibility links
Small Town In Colorado Tells Residents Water Is Contaminated With THC : The Two-Way Hugo, Colo., is reporting that THC, the psychoactive compound in pot, is in the tap water. It's not clear how that's possible. One town well shows "signs of tampering," the sheriff's office says. 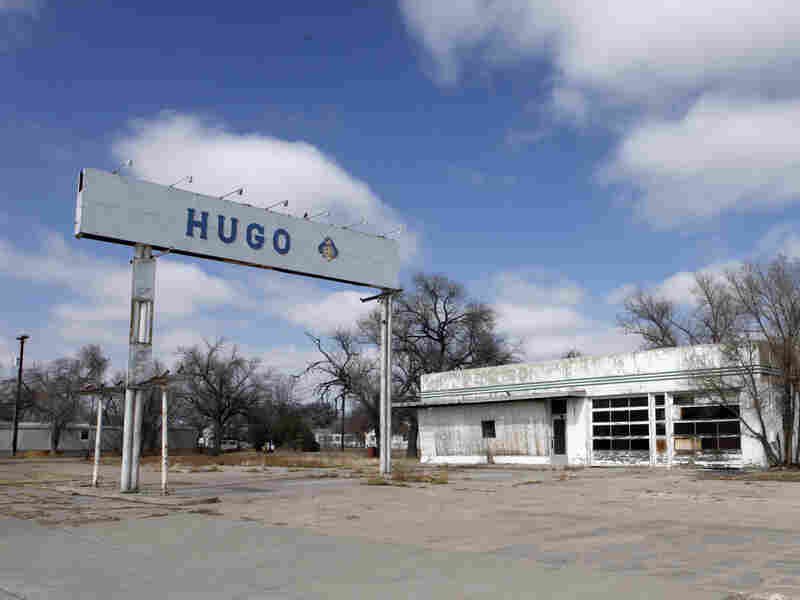 A service station on Main Street in downtown Hugo, a tiny agricultural outpost on eastern Colorado's high plains, sits abandoned in 2011. The town is not home to any commercial marijuana growers or sellers, though pot is legal in Colorado. Ed Andrieski/AP hide caption 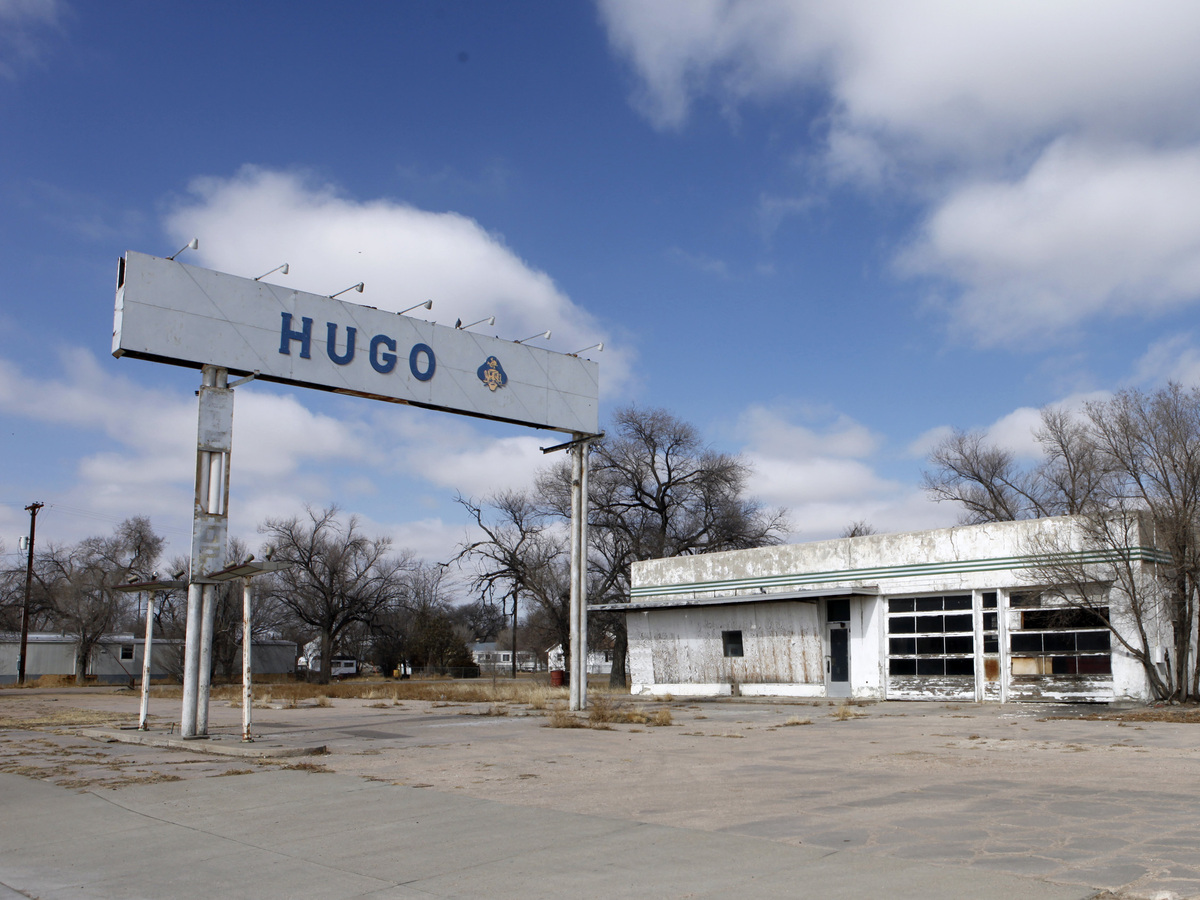 A service station on Main Street in downtown Hugo, a tiny agricultural outpost on eastern Colorado's high plains, sits abandoned in 2011. The town is not home to any commercial marijuana growers or sellers, though pot is legal in Colorado.

The tap water in a small Colorado town has been contaminated with THC, the mind-altering ingredient of marijuana, local authorities told residents on Wednesday. A well supplying the town with water showed signs of tampering, the sheriff's office said.

Hugo, Colo. — a town of just over 700 people, about 100 miles from Denver, in Lincoln County — warned residents not to drink, cook with or bathe in the local water supply. But multiple experts noted that THC does not easily dissolve in water, and it would be unlikely for the town's water to contain levels that would pose any health hazard.

At a press conference Wednesday night, Capt. Michael Yowell of the Lincoln County Sheriff's Office said that multiple field tests were "presumptive positive" for THC in the town's general water supply and in one of the town's wells.

That well showed "signs of tampering," Yowell said. It has been sealed off, and within 48 hours the water supply should be fully flushed out and no longer contain water from that well.

Other tests, including tests of the other wells, were negative. Multiple agencies are now assessing Hugo's water.

Yowell noted that the tests were field tests, not laboratory tests, and only showed positive or negative results — no details about concentration.

"Any number of substances could cause a false positive," he also said. "That is being investigated."

Pot is legal in Colorado, but Hugo and the surrounding Lincoln County have banned commercial growing, production and retail. (We previously reported that all growing was banned, but Yowell noted that state law allows individuals and caregivers to grow their own marijuana.)

It's not clear how any THC might have made its way into the water supply.

A Hugo company conducting routine employee drug tests first reported the possibility of THC in the water, Yowell says. The company was seeing inconsistent test results and used plain tap water as a control, to see what a negative test result should look like. That test turned up positive.

The company raised concerns that were then confirmed by Hugo Public Works, which conducted similar tests and also saw positive results.

No one has reported any symptoms or side effects from the water, local authorities say.

A spokesman for Colorado's Department of Public Health and Environment tells The Associated Press that any effect of THC-laced water would depend on the concentration and amount consumed, but would be unlikely to have any lasting effect.

The Lincoln County Public Health Department posted on Facebook to try to assuage any fears from the public, writing that "it would take more [processed marijuana] than any of us could afford to contaminate a city water supply to the extent that people would suffer any effects."

The county health officer, Dr. John Fox, noted that it was reasonable to avoid drinking or cooking with town water until the test results were returned, but that other uses of the water should be fine.

In general, THC is relatively insoluble in water, which is why marijuana products usually rely on oil or alcohol to extract cannabinoids. (Some researchers have actually looked into ways to improve THC's ability to dissolve in water, to expand its medical uses.)

Several experts told The Denver Post that the town's fears don't stand up to basic chemistry.

"There is zero possibility that there's anything like THC in the Hugo water," the owner of a cannabis testing facility told the paper.

"I can't even fathom the idea" that there could be hazardous levels of THC in the town's water supply, a former EPA scientist told the Post.

The Lincoln County Sheriff's Office says it is aware of the scientific issues and can't explain the test results.

"We've seen ... comments on social media that marijuana is not soluble. We are aware of those facts, " Yowell said. "However, when we have a presumptive positive of THC in our public water we take that extremely seriously, and we are going to investigate that until the end."

As for residents? Hugo's former mayor, Patsie Smith, jokingly told the Denver Post that she "might have to go drink some water" after the town's announcement.

She tells NPR that, seriously, she's got a reverse osmosis water filter on her house and she's not concerned.

Smith also says a friend of hers in town pulled out some home drug testing strips after the news came out.

"She said the water is cleaner than she is," Smith says.