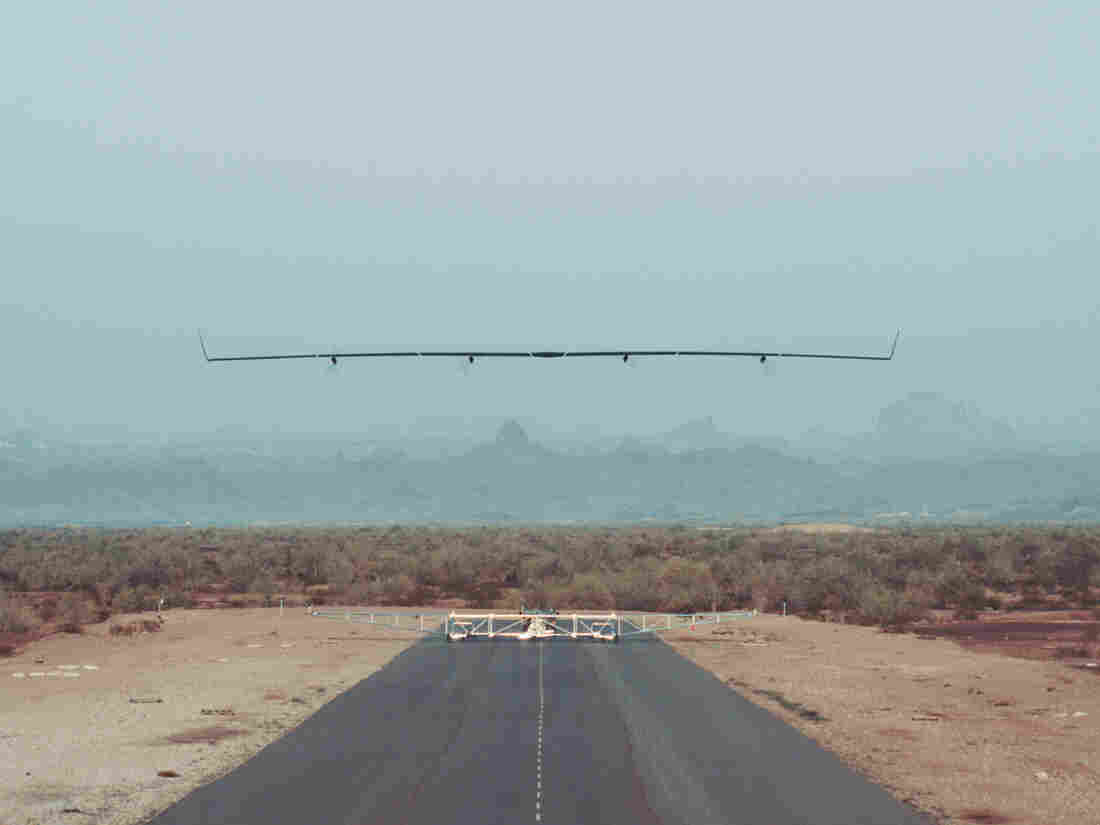 Facebook's unmanned plane takes off in Arizona on June 28 for its first full-scale test flight. The solar-powered plane is designed to deliver wireless Internet to the ground as it flies over. Facebook hide caption 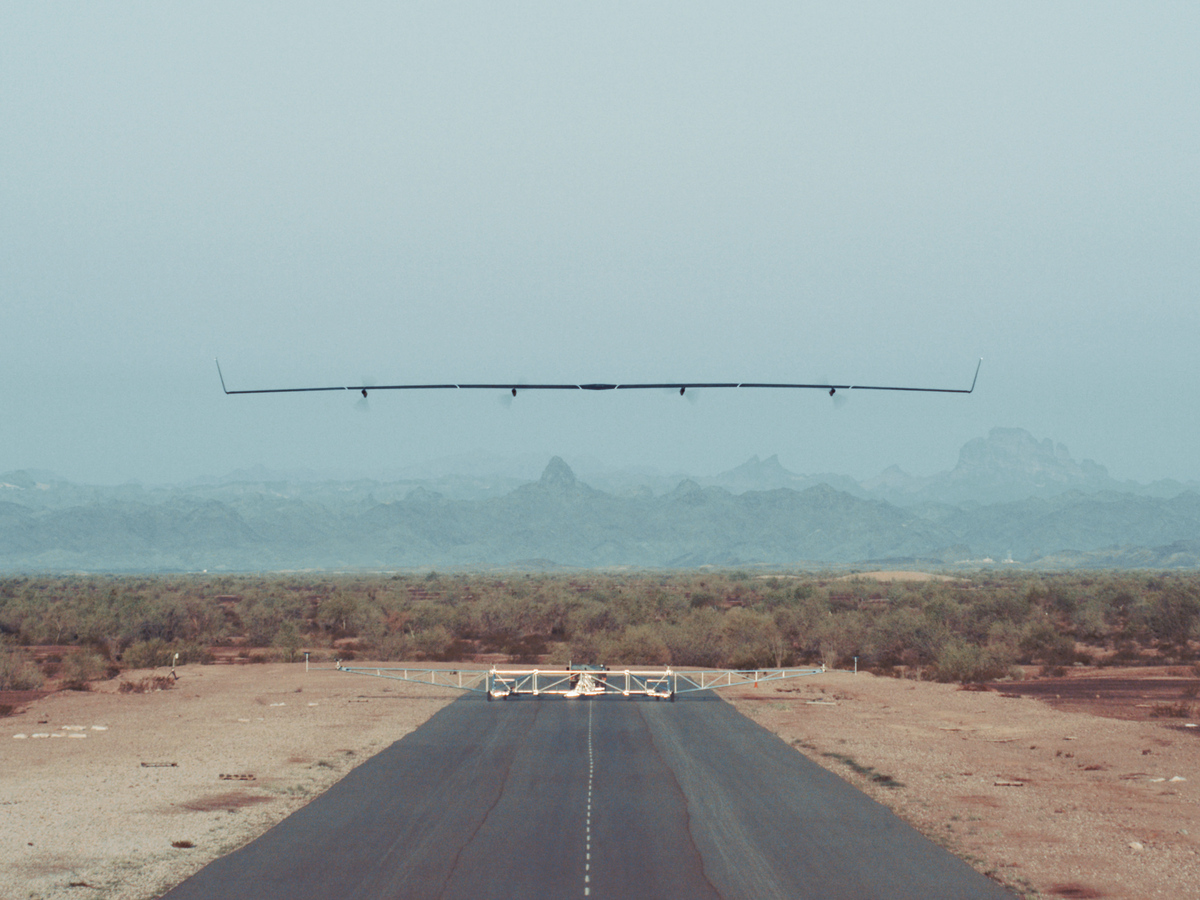 Facebook's unmanned plane takes off in Arizona on June 28 for its first full-scale test flight. The solar-powered plane is designed to deliver wireless Internet to the ground as it flies over.

Facebook just announced the first full-scale test flight of its unmanned, high-altitude airplane, Aquila. The plane isn't finished yet — the 90-minute test flight assessed only its takeoff and low-altitude flying capabilities — but its ultimate goal is to provide wireless Internet to the ground as it flies.

The lanky, solar-powered plane has a wingspan slightly longer than a Boeing 737 passenger jet, and it's made of lightweight carbon fiber and powered by the sun. Although the Internet delivery antennae have yet to be attached or tested, a company press release describes the future capabilities of the aircraft:

"When complete, Aquila will be able to circle a region up to 60 miles in diameter, beaming connectivity down from an altitude of more than 60,000 feet using laser communications and millimeter wave systems. Aquila is designed to be hyper efficient, so it can fly for up to three months at a time. The aircraft has the wingspan of an airliner, but at cruising speed it will consume only 5,000 watts — the same amount as three hair dryers, or a high-end microwave."

The test flight late last month over the Arizona desert lasted just over 90 minutes, according to Facebook. 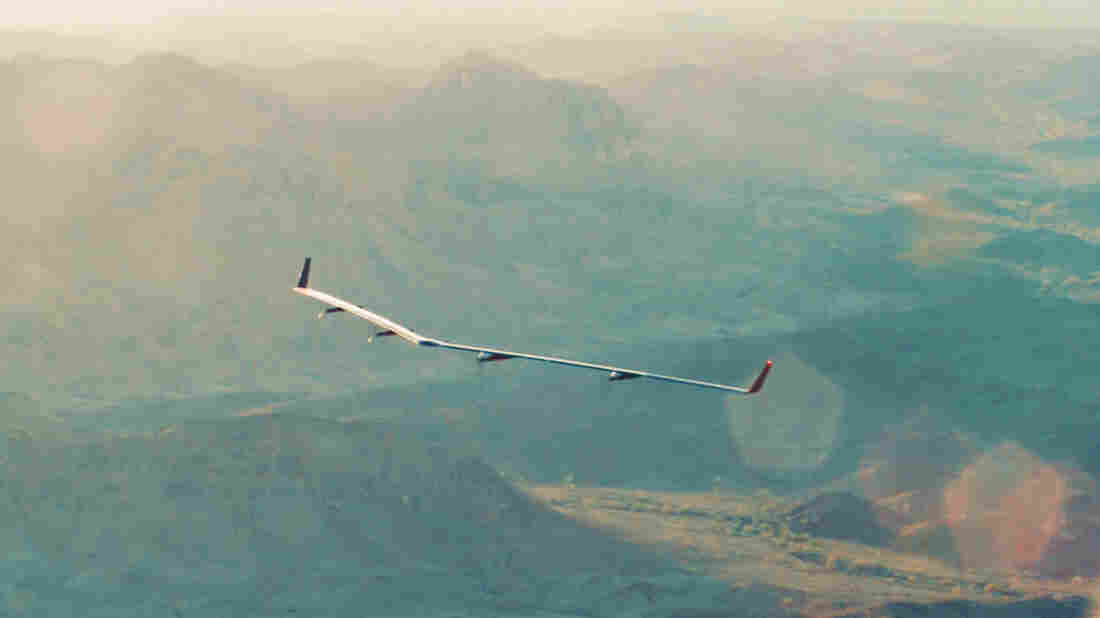 The plane, called Aquila, has a wingspan longer than a Boeing 737. Facebook hide caption 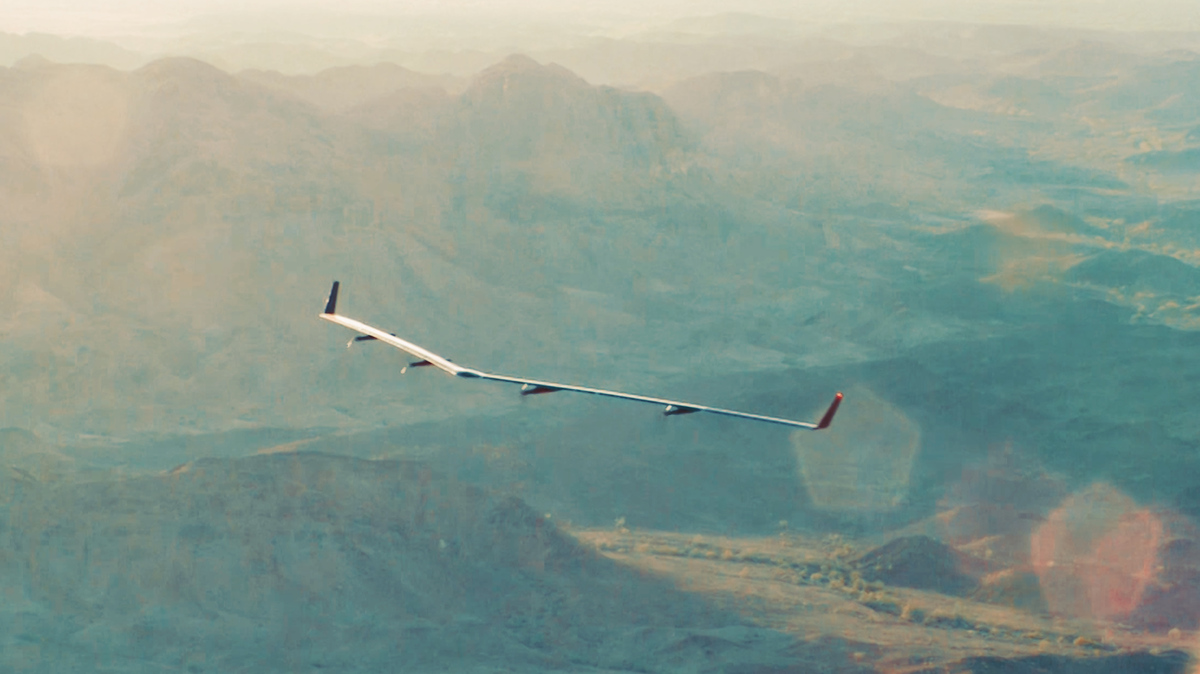 The plane, called Aquila, has a wingspan longer than a Boeing 737.

The plane is one of a handful of new Facebook initiatives to provide Internet access to places and people who don't have it. Just this week, the company's Connectivity Lab published a paper describing a light-based communication technique for sending information without wires, and last year the company announced it is working on delivering Internet by satellite.

Bringing Internet To The Far Corners Of The Earth

Google is also testing airborne wireless Internet delivery with its stratospheric balloon network, which is still in a pilot stage in the southern hemisphere.

Tech companies have a lot to gain from the race to deliver wireless Internet to the world, Wired reports:

"If they expand the Internet's reach, they expand the reach of Google and Facebook. But they're also helping the world communicate, which is why this short flight over the Arizona desert is so important. By Facebook's estimates, about 1.6 billion people live in areas that don't offer mobile broadband."