Accessibility links
Zimbabwe's Powerful Veterans Withdraw Support For President Mugabe : The Two-Way "This rot needs to be uprooted, and right now," say the veterans, who have been among Robert Mugabe's staunchest allies. They've played a pivotal, often violent role keeping him in power since 1980. 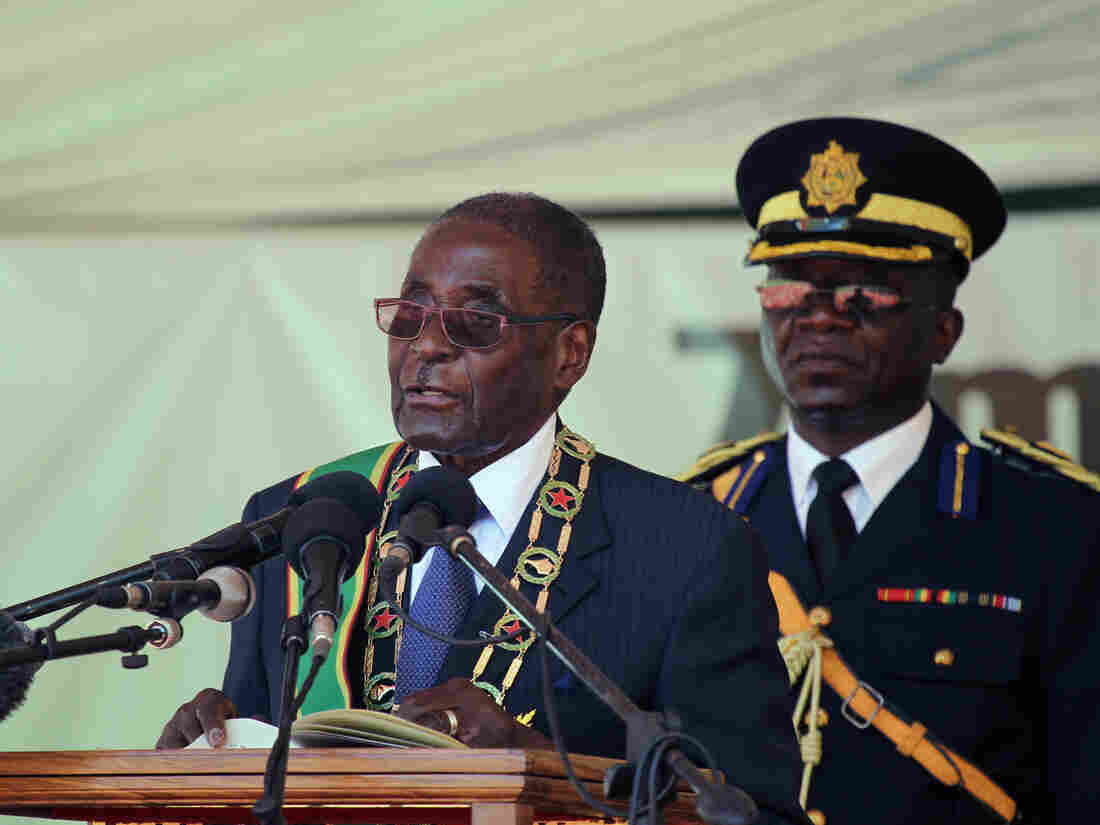 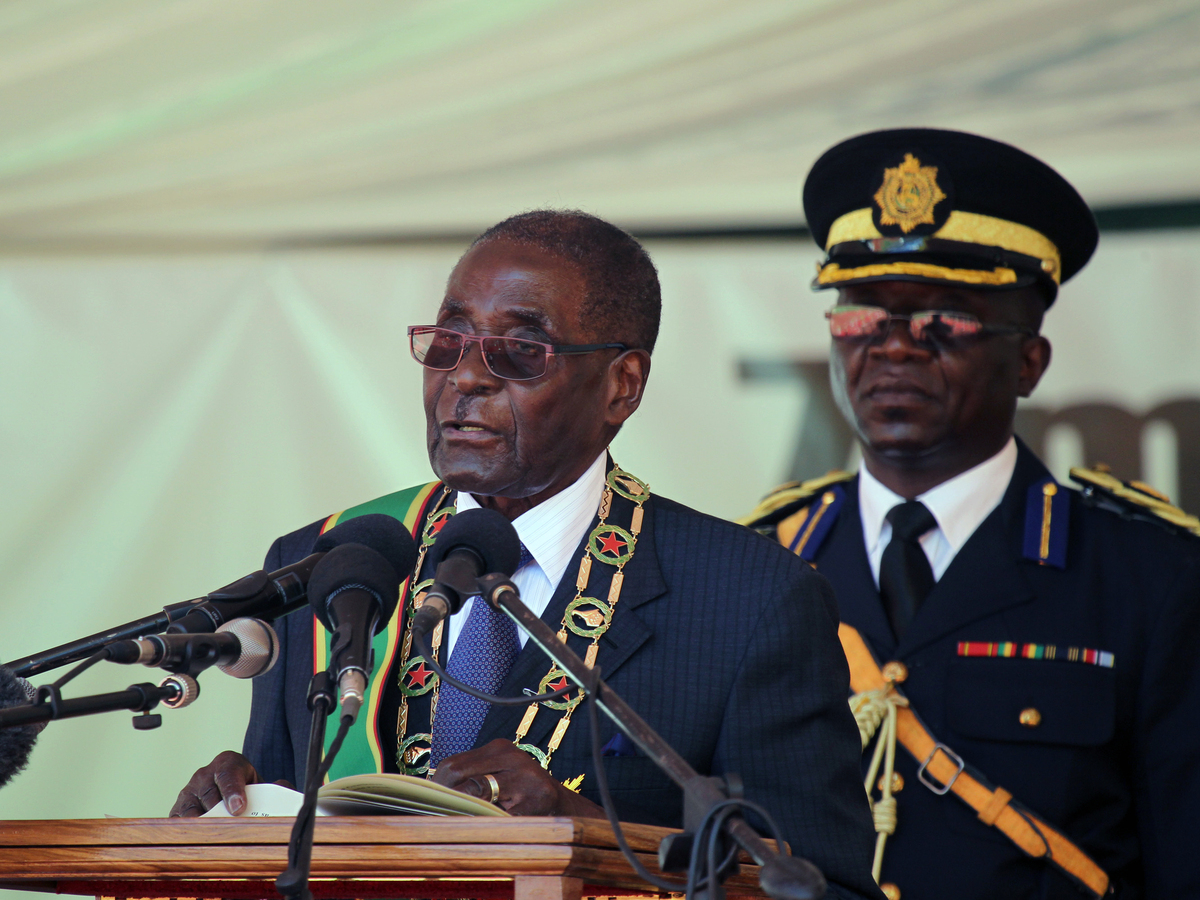 In a surprise reversal, Zimbabwe's President Robert Mugabe has lost the support of some of his staunchest allies — the war veterans. This comes amid escalating protests, an economic crisis and a crippling drought in the country.

The letter withdrawing their support, which was released in full through The Associated Press, doesn't mince words. "This rot needs to be uprooted, and right now," it says. "[Mugabe's] leadership has presided over unbridled corruption and downright mismanagement of the economy, leading to national economic ruin for which the effects are now felt throughout the land."

The group, composed of aging veterans who fought in Zimbabwe's war of liberation, has "for decades, done [Mugabe's] bidding and been quick to defend the veteran leader," as NPR's Ofeibea Quist-Arcton tells our Newscast unit.

Mugabe was the "political brains behind Zimbabwe's war of liberation," Ofeibea explains, and the veterans have "played a pivotal, and often violent role" keeping him in power. She adds: "It's not clear whether all Zimbabwe's war veterans agree with the statement, though it's an indication of mounting frustration, division and mistrust."

Here's more from the veterans' letter:

"[W]e the veterans of Zimbabwe's war of liberation, together with our toiling masses, hereby declare that henceforth, in any forthcoming elections, [we] will not support such a leader who has presided over untold suffering of the general population for his own personal aggrandizement and that of his cronies."

This shift also underlines the uncertainty surrounding succession plans for the 92-year-old-leader, who is the "world's oldest head of state," the AP reports. Two camps are emerging: supporters of the leader's wife, Grace, and supporters of Vice President Emmerson Mnangagwa, as Reuters reported.

"Veterans want Mnangagwa to succeed Mugabe, saying this would be in line with party tradition," the wire service writes. "Mugabe last month warned veterans against trying to influence the choice of who will succeed him."

A recent New York Times story suggested the country was bracing for a shift:

"To many Zimbabweans, the president's decline has been obvious. The same man who unyieldingly defied the West, who outwitted or ruthlessly crushed his opponents for decades while leaders in other countries were felled in coups, has been caught on video stumbling or dozing off during public events."

As we have reported, Zimbabwe recently freed thousands of prisoners amid food shortages, and plans to put wild animals up for sale because of the severe drought.