Accessibility links
Rape Survivor Sues After Texas Authorities Jailed Her For A Month : The Two-Way "Jane Doe found herself hopelessly trapped in a bizarre plot pulled from a Kafka novel," the lawsuit reads. It claims authorities feared she would flee before testifying against her rapist.

Rape Survivor Sues After Texas Authorities Jailed Her For A Month

Rape Survivor Sues After Texas Authorities Jailed Her For A Month 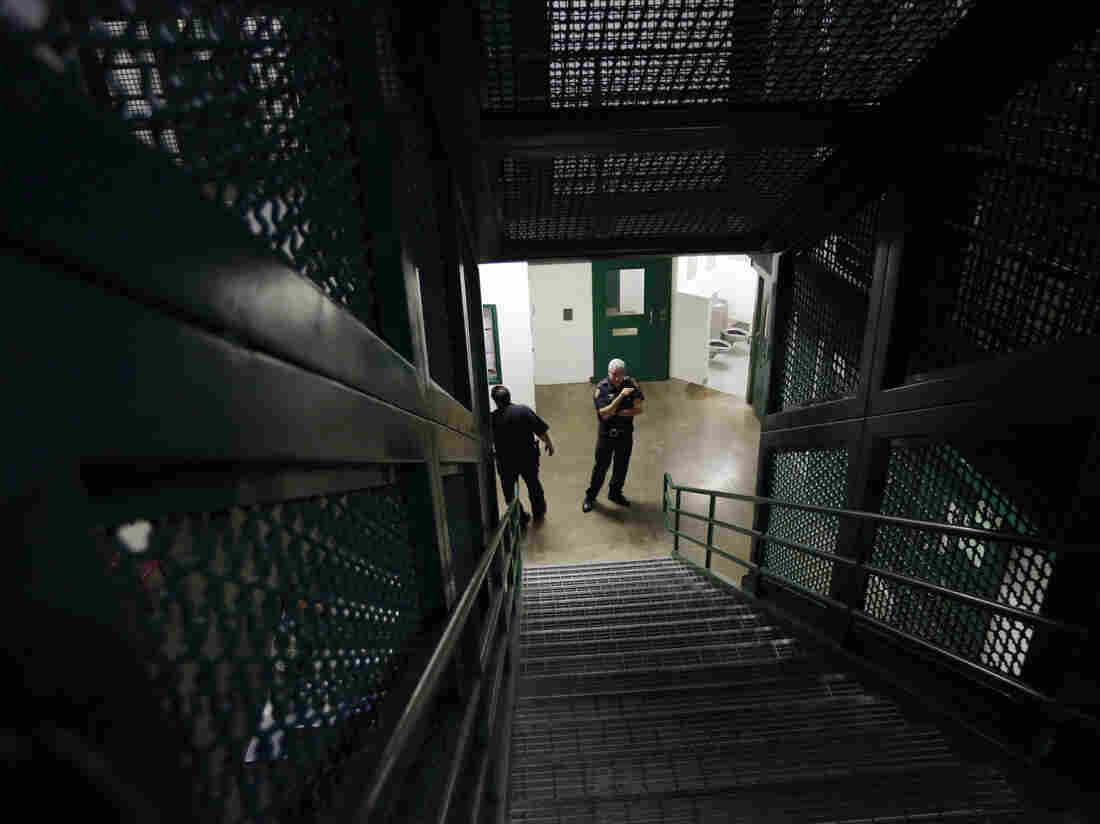 Guards watch over a single cell area in an acute unit of the mental heath unit at the Harris County Jail in Houston in 2014. Eric Gay/AP hide caption 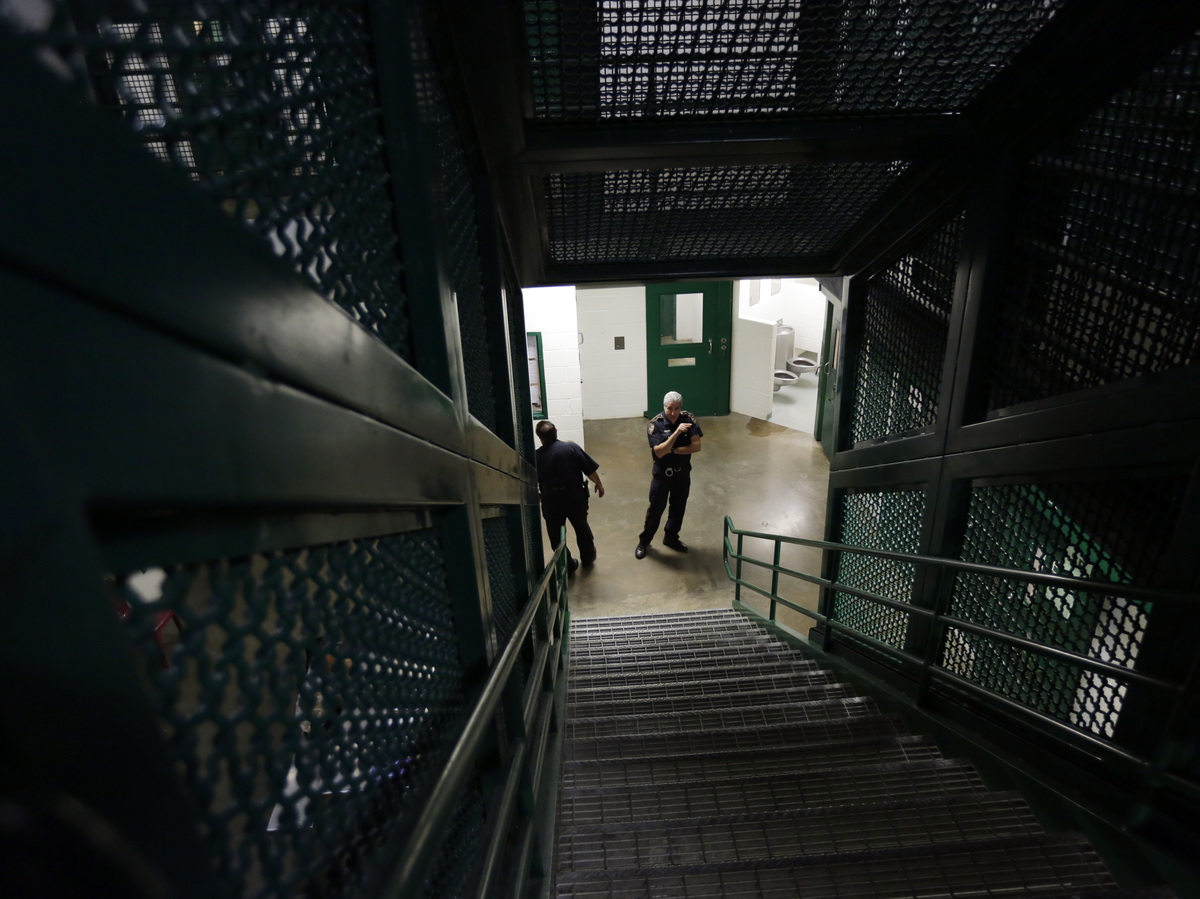 Guards watch over a single cell area in an acute unit of the mental heath unit at the Harris County Jail in Houston in 2014.

A rape survivor is suing Texas' Harris County after she was jailed for more than a month and subjected to beatings and "psychological torture."

According to court documents, she had suffered a mental breakdown while testifying against her rapist, and authorities checked her into the general population at Houston's Harris County Jail because they feared she would flee before finishing her testimony.

"Jane Doe found herself hopelessly trapped in a bizarre plot pulled from a Kafka novel," the court documents read. She "was imprisoned in the hellhole of the Harris County Jail for no reason other than being a rape victim who struggles with a mental disability."

The anonymous woman was raped in Houston in 2013, according to court documents, and was cooperating with prosecutors when she suffered a breakdown while testifying in December 2015.

She has bipolar disorder and was admitted to a local hospital for mental health treatment when the judge ordered a recess for the holiday break until January 2016.

According to the documents, authorities were scheduled to be on vacation and "did not want the responsibility of having to monitor Jane Doe's well being or provide victim services to her during the holiday recess."

The complaint alleges that the district attorney's office obtained an order from the Harris County sheriff to take the woman into custody so she would not flee before completing her testimony.

The employee booking her into Harris County Jail identified her as a "defendant in a sexual assault case, rather than the victim." That impacted her treatment from jail staff, as the complaint reads:

"The Harris County Jail psychiatric staff tormented Jane Doe and caused her extreme emotional distress and mental anguish by further defaming her, falsely insisting to her that she was being charged with sexual assault, and refusing to acknowledge her status as an innocent rape victim."

Doe also suffered beatings from other inmates and from a guard, who then requested assault charges to be filed against her "in an attempt to cover up the brutal abuse," according to the complaint.

She eventually testified against her rapist, and a month after she was imprisoned, the district attorney's office dismissed the felony assault case against her and ordered she be released as a material witness.

The complaint notes that her "rapist was also an inmate in the same facility" and treated more humanely. "Her rapist was not denied medical care, psychologically tortured, brutalized by other inmates, or beaten by jail guards," it reads.