Accessibility links
Munich Shooting: Police Say Suspect Was High School Student Fixated On Shooting Rampages : The Two-Way The suspect in the attack on a shopping mall in Munich on Friday is an 18-year-old German-Iranian high school student who lived in Munich and had a history of depression, Munich police say. 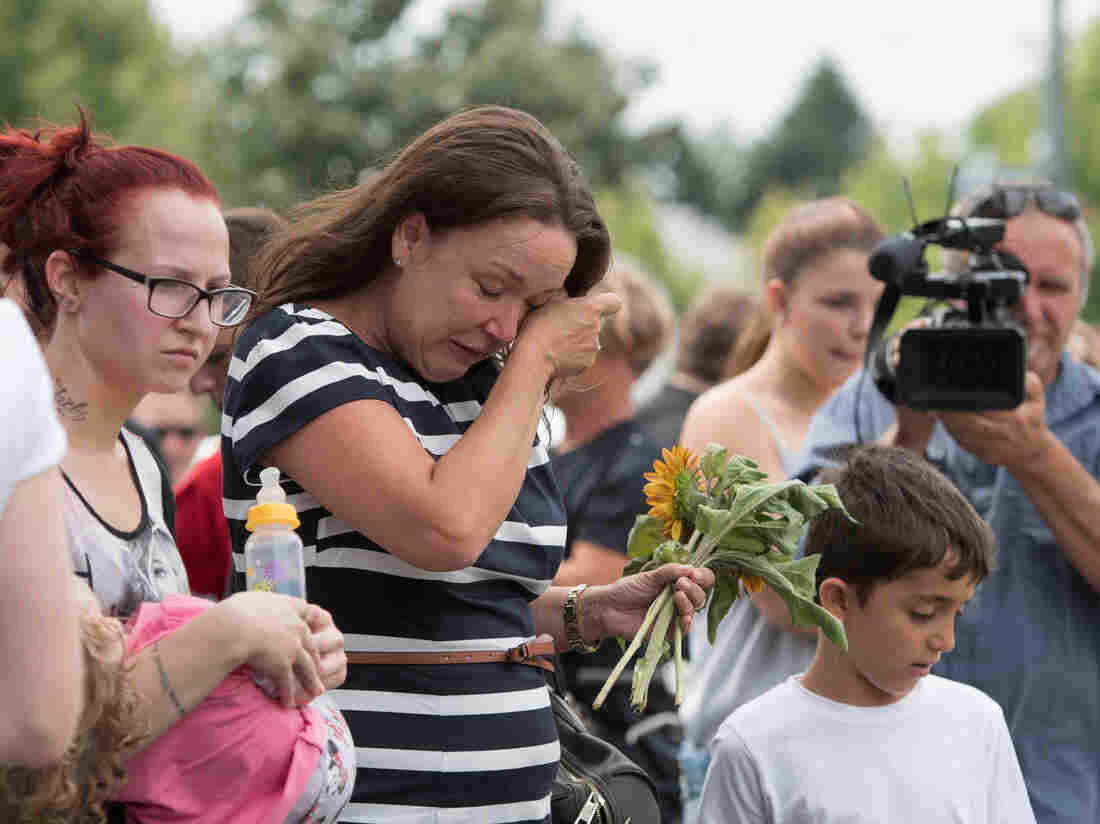 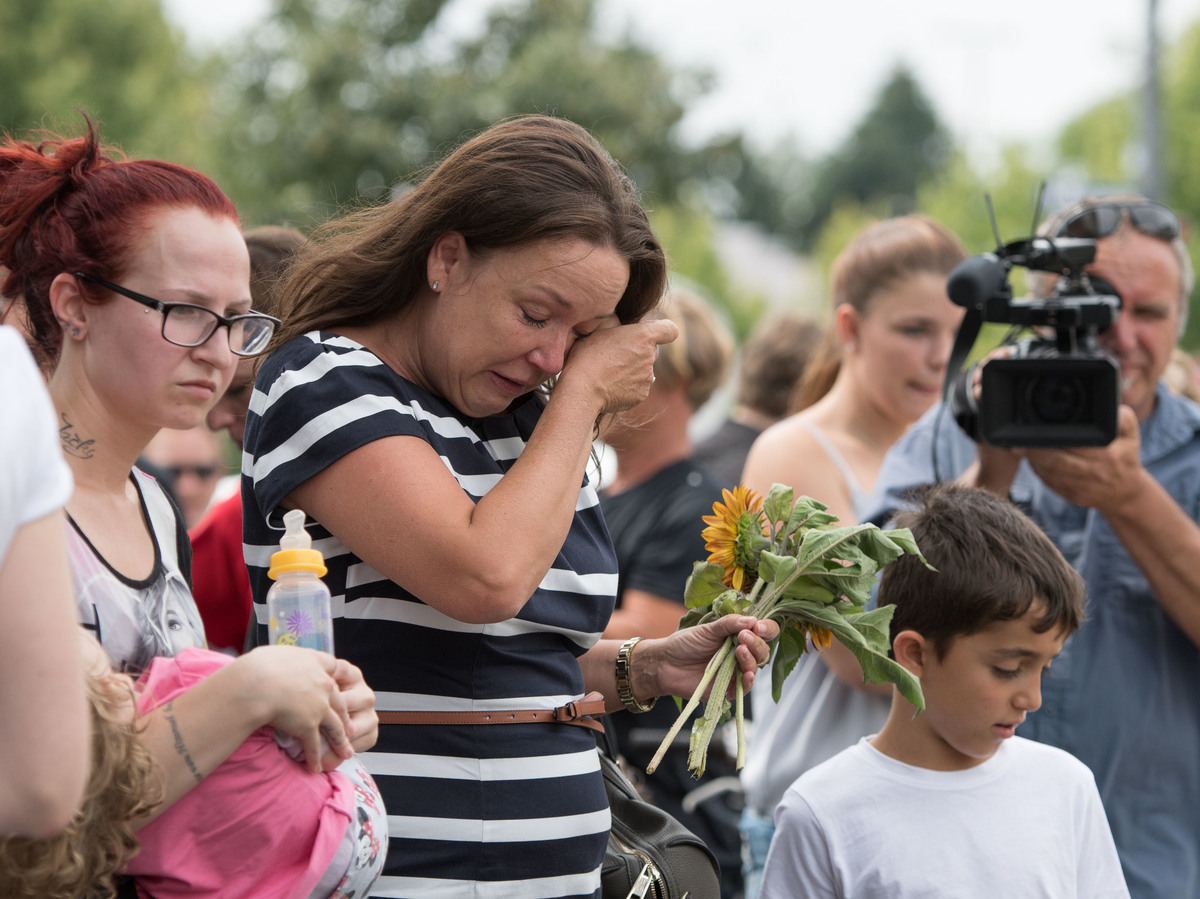 A woman cries at a make shift memorial site on Saturday near the Olympia shopping center where a shooting took place leaving nine people dead the day in Munich, Germany.

The suspect in the attack on a shopping mall in Munich on Friday is an 18-year-old German-Iranian high school student who lived in Munich and had a history of depression, Munich police said. The shooting rampage left at least 10 people dead, including the alleged attacker, and 27 injured, according to police.

His motive remains unclear, but as we reported, Munich police chief Hubertus Andrae told reporters that "a search of the suspect's home turned up 'no evidence' of links to the Islamic State group." Andrae said that their search did turn up documents linked to shooting rampages. "He was very intensely interested in that subject" Andrae told reporters.

As NPR's Soraya Sarhaddi Nelson told our Newscast unit, the unnamed suspect "was fascinated with killers in Norway and Southern Germany who killed young people in mass shootings in recent years," according to German Interior Minster Thomas Demaiziere.

"But whether the acts or the motivation of those killers inspired the Munich shooter is still under investigation," the minister said, as Soraya reported. Here's more:

"He added what role the shooter's religion may have played in Munich is also being investigated. The perpetrator — who was not identified per Germany's privacy laws — had changed his first name to 'David' and police are checking into leads that he had recently converted to Christianity."

German authorities have said they consider this attack a rampage, rather than a terrorist attack.

Soraya reported that police said the suspect killed himself. She said a video shot by a witness shows the shooter's exchange with a heckler during the attack:

"He yells: I am German, and live in a welfare area. The shooter said he had no choice but to get a gun and that it wasn't his fault. He also said he had been hospitalized before shots rang out again."

The suspect's neighbors told German television that "the suspect was quiet and delivered newspapers to earn extra money," as Soraya reported.

He used a 9mm Glock pistol with the serial number scratched off, Bavarian State Criminal Police Chief Robert Heimberger told reporters. "We have to try to restore it now by technical means in order to figure out where the weapon came from — that will take some time," he said. "In the magazine there were some munitions, and in the backpack he was carrying with him he had a large number of bullets, more than 300 bullets."