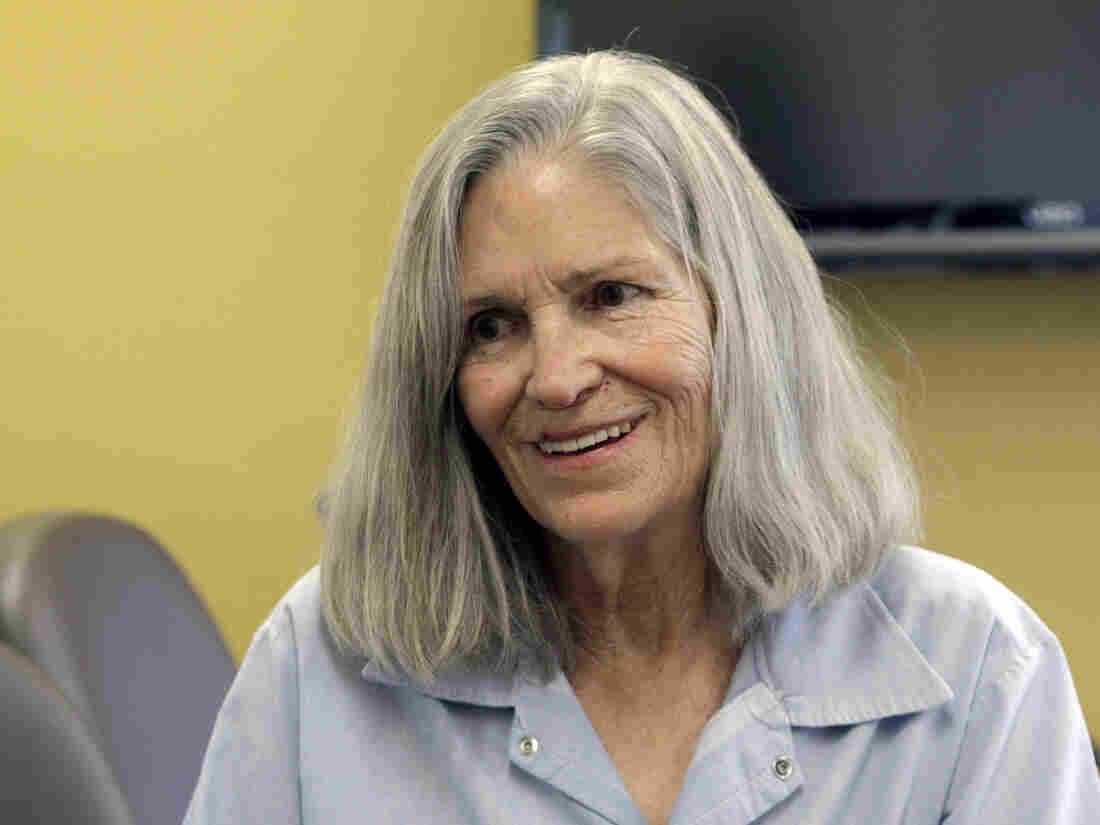 Former Charles Manson follower Leslie Van Houten confers with her attorney, Rich Pfeiffer, not shown, during a break from her hearing before the California Board of Parole Hearings in April in Chino, Calif. Nick Ut/AP hide caption 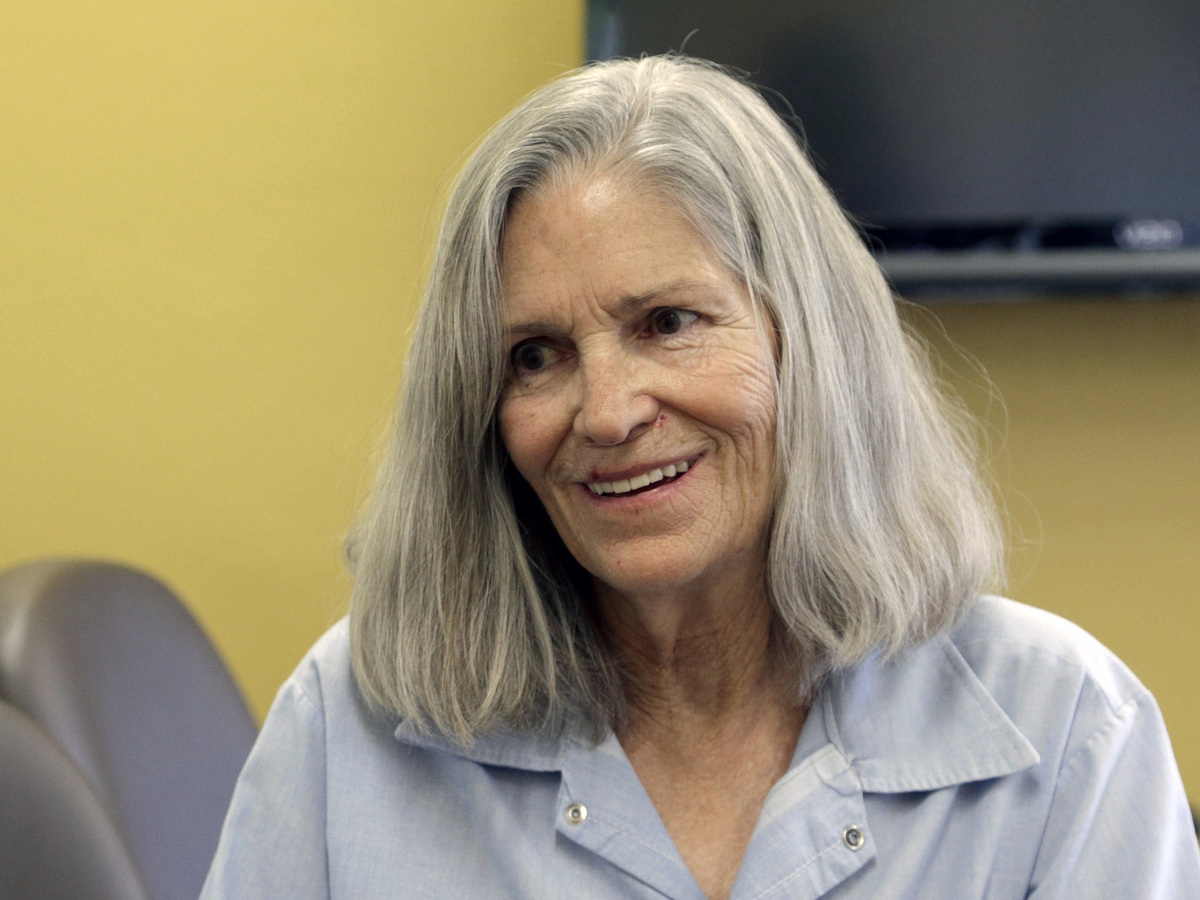 Former Charles Manson follower Leslie Van Houten confers with her attorney, Rich Pfeiffer, not shown, during a break from her hearing before the California Board of Parole Hearings in April in Chino, Calif.

California Gov. Jerry Brown has denied parole to former Charles Manson follower Leslie Van Houten, 66, who is serving a life sentence for her part in the cult's notorious killing spree in Los Angeles in 1969.

In April, a California parole panel had recommended that Van Houten — the youngest of the cult leader's so-called family — be granted parole after decades of good behavior in prison, as we reported.

But Brown disagreed. "She remains an unacceptable risk to society if released," he said in his decision, as Reuters reported.

"The shocking nature of the crimes left an indelible mark on society," Brown said. "The motive - to trigger a civilization-ending race war by slaughtering innocent people chosen at random - is equally disturbing."

Van Houten has admitted to stabbing Rosemary La Bianca more than a dozen times, and her accomplices killed La Bianca's husband, Leno. She was 19 at the time. The Los Angeles Times has more:

"Van Houten was part of a group that stormed into the LaBiancas' home in Los Feliz. As Charles 'Tex' Watson stabbed Leno LaBianca, Van Houten and another woman held down Rosemary LaBianca.

"After Watson stabbed Rosemary LaBianca with a bayonet, he handed a knife to Van Houten. She testified to stabbing Rosemary in the back at least 14 more times. The blood of the victims was used to scrawl messages on the walls, as had been done at the Benedict Canyon home."

Brown noted in his statement that Van Houten "earned bachelor's and master's degrees while in prison, where she has received positive commendations from staff," as Reuters reported.

As member station KPCC reported, Van Houten has argued that she was "emotionally troubled and under the sway of LSD and Manson's charismatic personality." 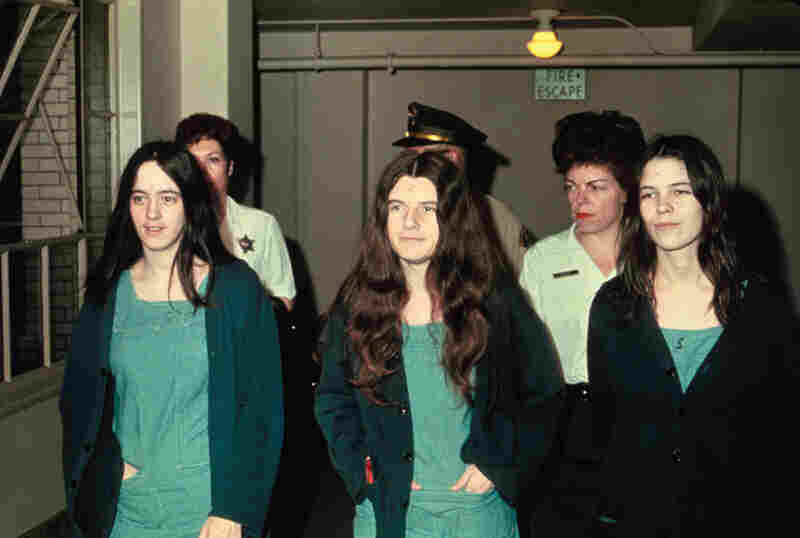 But Brown wasn't convinced, according to Reuters. "Van Houten's statements give the false impression that she was a victim who was forced into participating in the Family without any way out," he said.

Van Houten's attorney, Richard Pfeiffer, told the Times that it wasn't clear if she had heard the news yet. However, he said she "had prepared for Brown to reverse the parole board's decision, given the governor's track record of denying parole in high-profile cases, and that she is readying for a future parole hearing."