Accessibility links
Amnesty International: After Turkey's Failed Coup, Some Detainees Are Tortured, Raped : The Two-Way Turkey has detained more than 10,000 people in the wake of a failed coup attempt. Amnesty International reports that new evidence of torture may be just a snapshot of the abuses happening now. 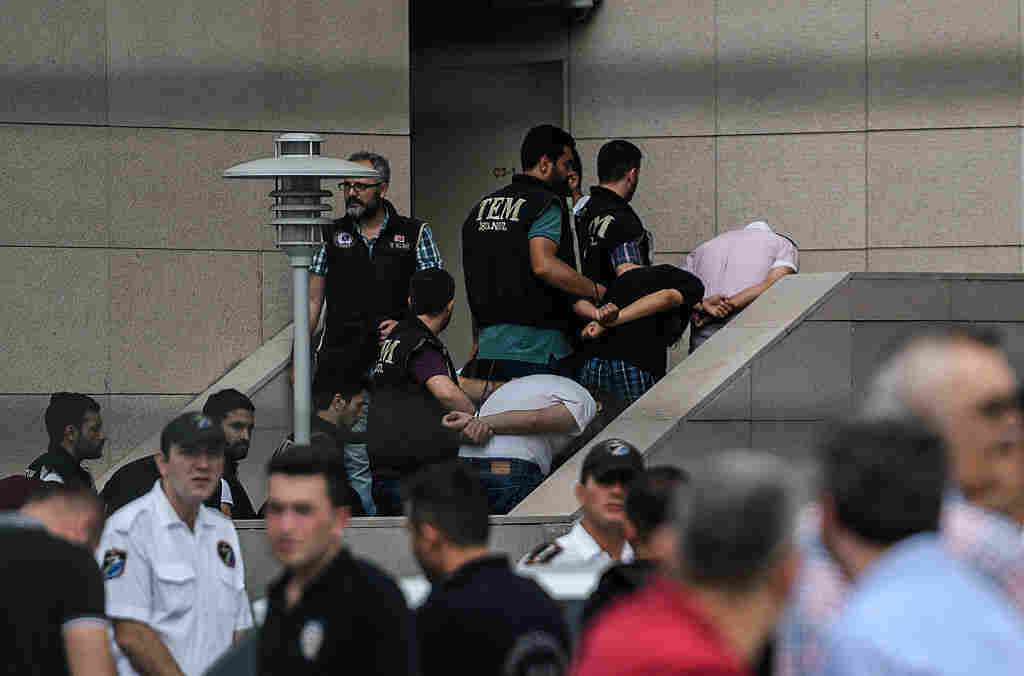 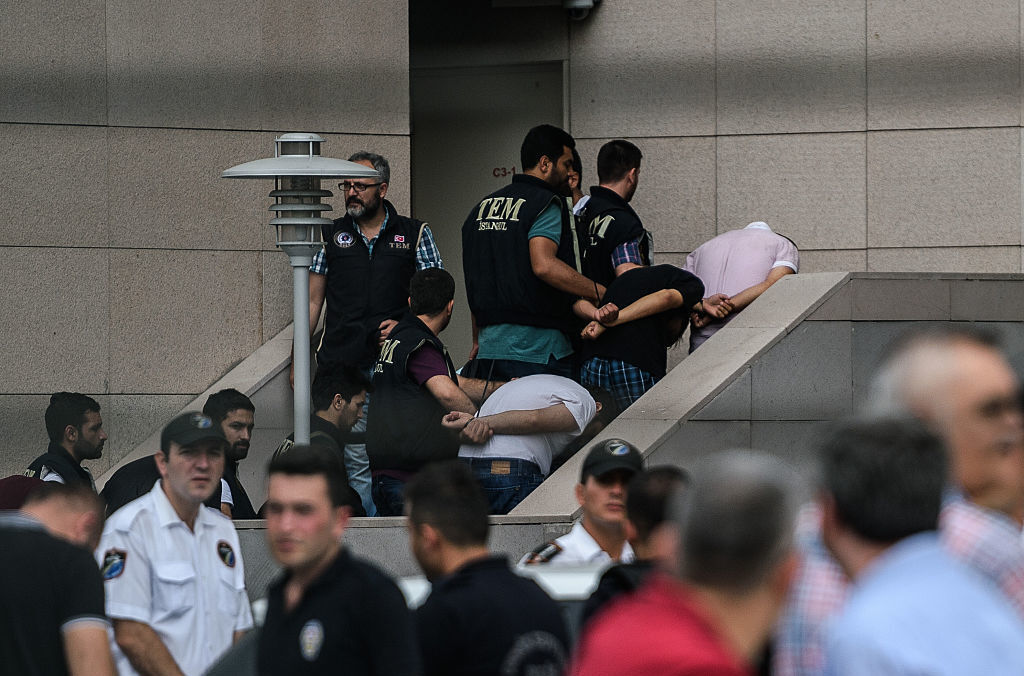 Detained Turkish soldiers who allegedly took part in a military coup arrive with their hands bound behind their backs at the Istanbul Justice Palace on Wednesday following the failed military coup attempt.

Turkey has detained thousands of people in the wake of a failed coup attempt earlier this month. Now, Amnesty International reports that it has evidence that some detainees in Istanbul and the capital Ankara have been subjected to torture and rape.

"More than 10,000 people have been detained in Turkey in the wake of a violent attempted coup that left more than 260 people dead and failed to unseat an elected government," as NPR's Leila Fadel tells our Newscast unit. Most of those detained are soldiers, as Leila has reported. Many judges and prosecutors have also been taken into custody as part of Turkish President Recep Tayyip Erdogan's widening purge.

After Failed Coup, How Will Turkey's Military Cope With All Its Challenges?

Amnesty International says that it has "credible reports that Turkish police in Ankara and Istanbul are holding detainees in stress positions for up to 48 hours, denying them food, water and medical treatment, and verbally abusing and threatening them." It adds: "In the worst cases some have been subjected to severe beatings and torture, including rape."

It says the detainees are being held in official detention centers, but also in other locations like "police headquarters, sports centres and courthouses" – and they have been "denied access to lawyers and family members."

"The grim details that we have documented are just a snapshot of the abuses that might be happening in places of detention," Amnesty International's Europe director John Dalhuisen said in a statement.

Evidence of torture including rape and other abuse of detainees in Turkey https://t.co/3ZBpyDELY3 pic.twitter.com/I1XTJyrCcf

Last week, Erdogan announced a three-month state of emergency, as NPR's Peter Kenyon reported. He then "extended the maximum period of detention for suspects from four days to 30," as The Associated Press reported. Amnesty argues that the change "risks exposing detainees to further torture and other ill treatment."

The report provides harrowing details. According to two lawyers in Ankara, "detainees said they witnessed senior military officers in detention being raped with a truncheon or finger by police officers."

An anonymous "person on duty at the Ankara Police Headquarters sports hall" described the situation there to Amnesty:

"...650-800 male soldiers were being held in the Ankara police headquarters sports hall. At least 300 of the detainees showed signs of having been beaten. Some detainees had visible bruises, cuts, or broken bones. Around 40 were so badly injured they could not walk. Two were unable to stand. One woman who was also detained in a separate facility there had bruising on her face and torso."

The London-headquartered rights group is calling on Turkey to allow independent monitors to access the detainees.

"Turkey is understandably concerned with public security at the moment, but no circumstances can ever justify torture and other ill-treatment or arbitrary detention," Dalhuisen says.