Accessibility links
Shooting At Fort Myers Nightclub Kills 2, Injures More Than A Dozen : The Two-Way The shooting took place at Club Blu Bar and Grill, which was reportedly holding an all-ages event. 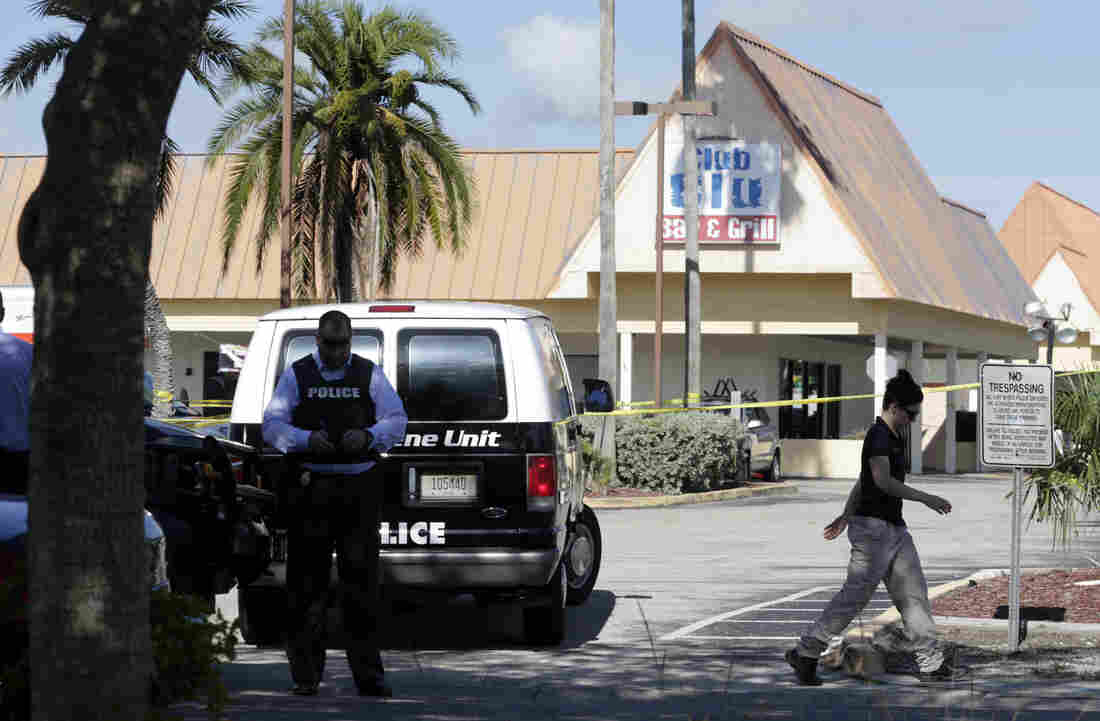 Officials investigate the scene of a deadly shooting outside the Club Blu nightclub in Fort Myers, Fla., on Monday. Lynne Sladky/AP hide caption 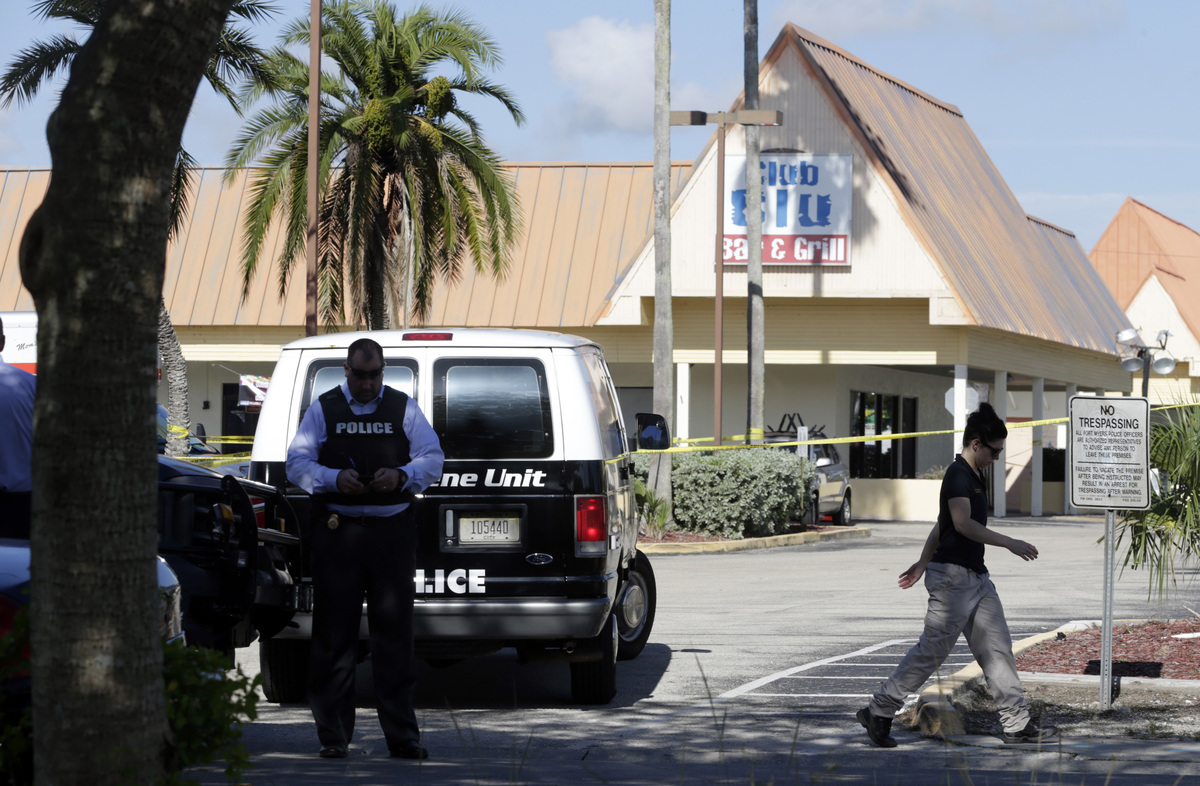 Officials investigate the scene of a deadly shooting outside the Club Blu nightclub in Fort Myers, Fla., on Monday.

At least two people were killed and more than a dozen injured in a shooting at a nightclub in southwestern Florida, in violence that police say began around 12:30 a.m. Monday. Three people have been detained for questioning, officials say.

The shooting took place at Club Blu Bar and Grill, a restaurant and bar that's located in a strip mall on Evans Avenue. Officers who were called to the bar found several victims with gunshot wounds.

"The club was hosting a Swimsuit Glow Party Sunday night where no ID was required, according to a promotion flyer," reports local TV news NBC 2, which adds that the victims' ages range from 12 to 27 years old.

"Four people remain at Lee Memorial" Hospital, the station reports of the at least 14 people who are believed to have been injured, adding, "Two people are in the intensive care unit. One person is in serious condition, and one person is critical condition."

A precise number of the injured isn't yet known — it's believed that some victims went to hospitals other than Lee Memorial.

Police also believe two other locations were linked to the violence, including a house roughly a half-mile from the club where gunfire also took place, local TV station WINK reports.

Quoting a man who said one of his close friends was at the club when the shooting started, WINK relays he posted an account of the aftermath on Facebook.

"It was a mad house people were running everywhere. All people were saying was their friends' names to see if they're okay — a lot of phone calls to parents," the man wrote. "But it was one of the scariest sights to just see people come pouring out like that."

The incident comes about a month after a gunman killed 49 people at a nightclub in Orlando.