Accessibility links
Primate Rampage: Monkeys Rip Up Voter Lists In Thailand : The Two-Way Some 100 pig-tailed macaques reportedly stormed into a temple and destroyed documents that are to be used in an upcoming national vote.

Pig-tailed macaques like these, seen in a German zoo, raided a voting place in Thailand on Sunday. Patrik Stollarz/AFP/Getty Images hide caption 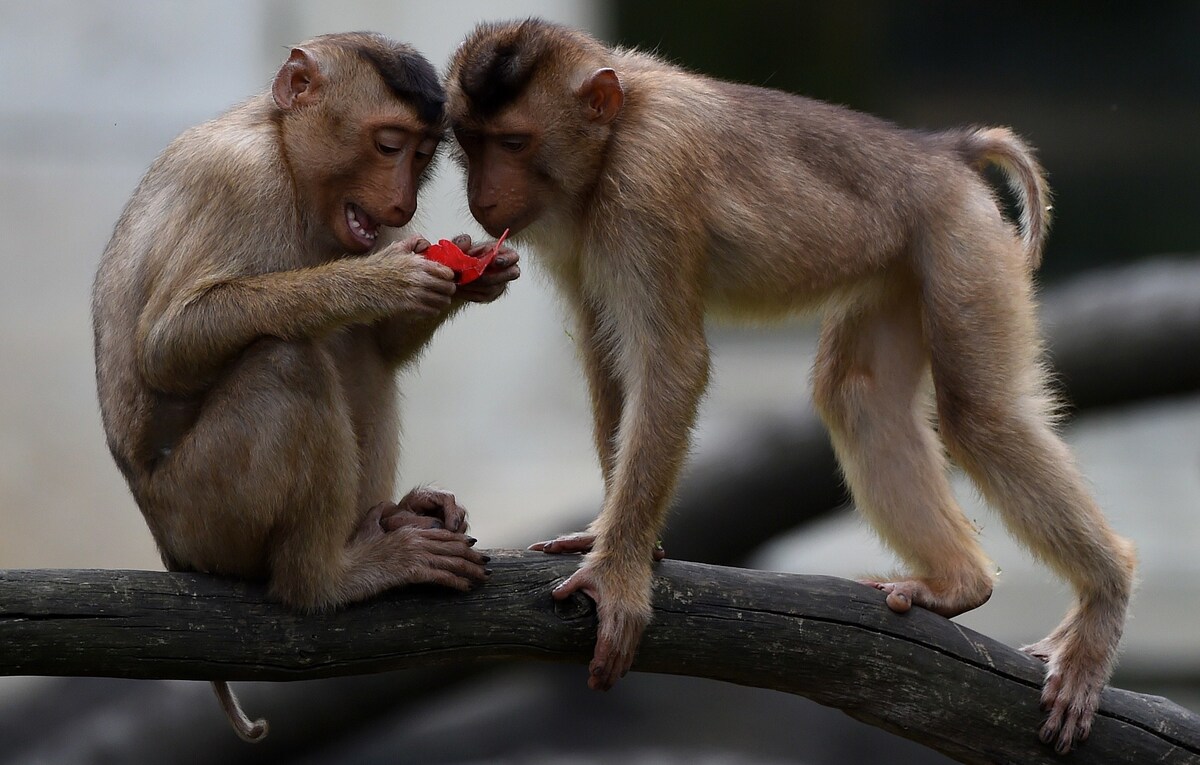 Pig-tailed macaques like these, seen in a German zoo, raided a voting place in Thailand on Sunday.

The road to a national vote on a new constitution took an unexpected turn in northern Thailand on Sunday, when 100 pig-tailed macaques reportedly stormed into a voting station and destroyed a section of the voter rolls and other documents.

The marauding macaques swarmed into an open hall of the Wat Hat Mun Krabue temple in Pichit Province, about 220 miles north of Bangkok, that will be used as a voting station in less than two weeks. A police investigator and village chief who inspected the site found a third of the voters list had been left in tatters, along with a large chunk of the posted instructions for voters.

It's not clear what might have set the primates on a path of destruction; The Bangkok Post reports that witnesses who tried to catch the monkeys failed to apprehend them. The newspaper adds, "They said the monkeys which were responsible for the damage live in the bushes around the temple."

This isn't the only unexpected disruption to Thailand's upcoming vote to make headlines; as Asian Correspondent reports, "The incident comes as two 8-year-old girls faced legal action for vandalism after tearing a voter registration list off a wall last week because they liked the pink paper it was printed on."

The monkey trouble and the paper caper come as Thailand prepares to hold a national referendum on the draft constitution that was set forth by the ruling junta that seized power two years ago.

The months since that coup have seen conflicting attempts by the government to clamp down on dissent — and by activists to push for a return to open democracy.