Accessibility links
FBI Investigates Possible Russian Connection To Leaked DNC Emails : The Two-Way Hackers tied to two Russian intelligence agencies breached DNC computers in May, but whether the same hackers turned over thousands of emails to WikiLeaks is still under investigation. 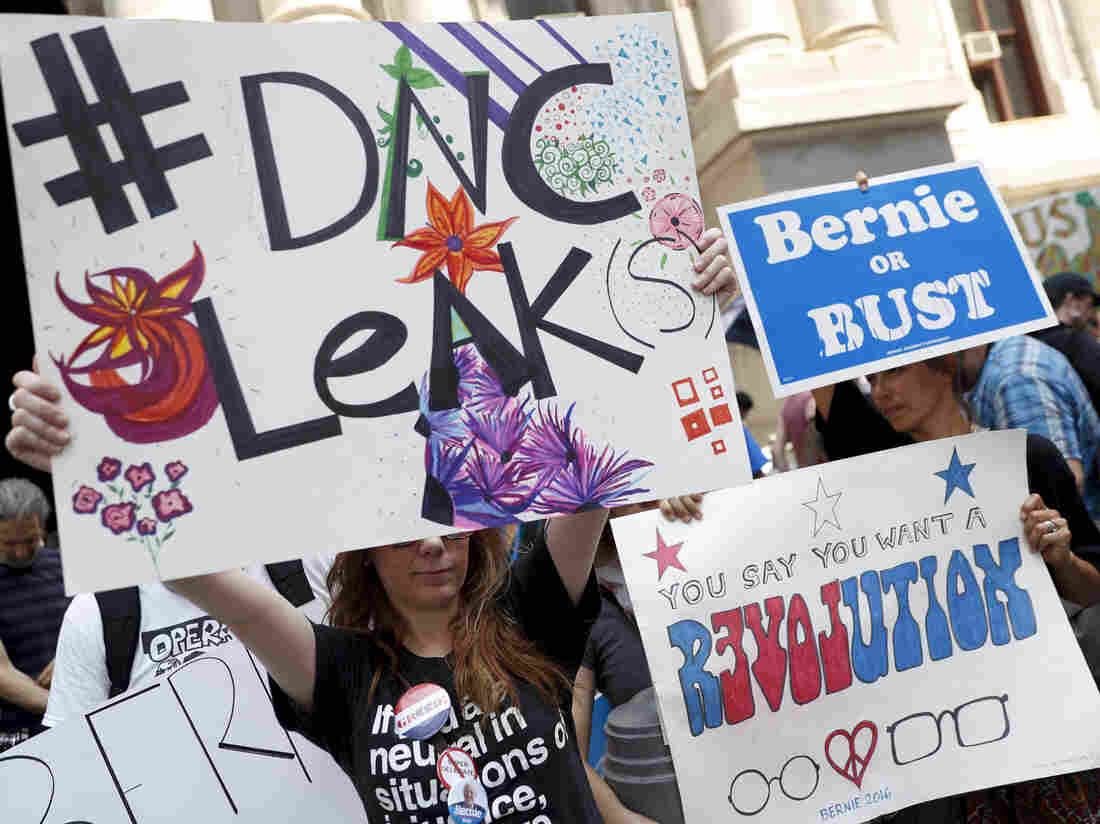 Demonstrators held signs outside the Democratic National Convention on Monday in Philadelphia. On Sunday, Debbie Wasserman Schultz, announced she would step down as DNC chairwoman at the end of the party's convention, after thousands of internal DNC emails were posted by the website Wikileaks. John Minchillo/AP hide caption 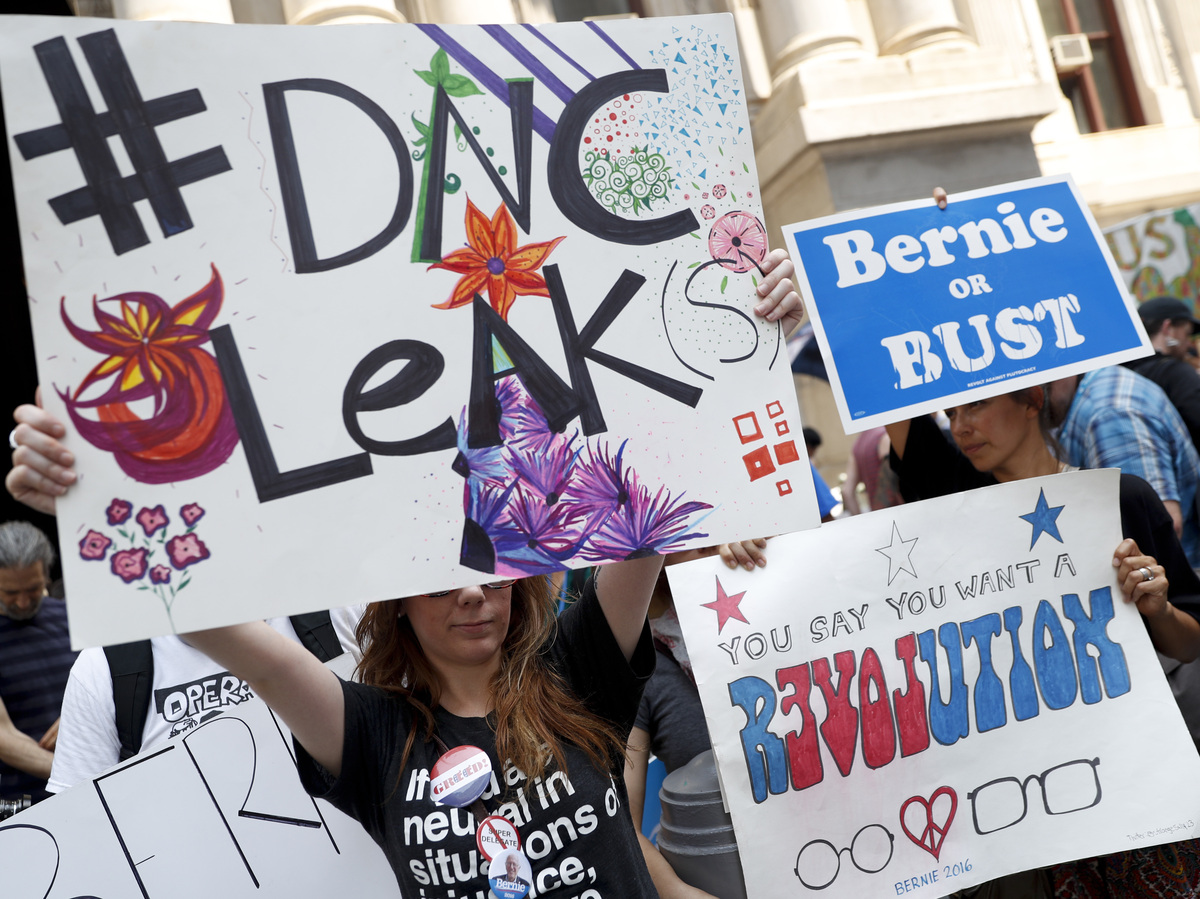 Demonstrators held signs outside the Democratic National Convention on Monday in Philadelphia. On Sunday, Debbie Wasserman Schultz, announced she would step down as DNC chairwoman at the end of the party's convention, after thousands of internal DNC emails were posted by the website Wikileaks.

The Federal Bureau of Investigation says it is looking into the hacking of the Democratic National Committee computer system, after the website WikiLeaks published thousands of internal emails on the eve of the party's convention.

How WikiLeaks obtained the emails is unclear.

In a statement, the FBI did not confirm allegations by the Hillary Clinton campaign that Russian state intelligence actors were responsible for the email leak. It said only that "The FBI is investigating a cyber intrusion involving the DNC and are working to determine the nature and scope of the matter. A compromise of this nature is something we take very seriously, and the FBI will continue to investigate and hold accountable those who pose a threat in cyberspace."

"'Experts are now saying that the Russians are releasing these emails for the purpose of actually helping Donald Trump,' Hillary Clinton's campaign manager, Robby Mook, told CNN on Sunday.

"'That foreign actors may be trying to influence our election — let alone a powerful adversary like Russia — should concern all Americans of any party,' said ranking House Intelligence Committee Democrat Adam Schiff on Monday."

In June, the Democratic National Committee announced Russian hackers had been accessing its computer network for a year, including email servers.

NPR's Scott Detrow and Brian Naylor reported on the hack in June, which was investigated for the DNC by the cybersecurity company CrowdStrike:

"According to CrowdStrike... one group of hackers tied to the Russian government has been stealing information from the national party for about a year.

"'They infiltrated the DNC's network last summer and were monitoring their communications, their email servers, and the like,' company co-founder Dmitri Alperovitch told NPR.

"A second group, also tied to Russia, accessed the DNC's network in April. 'They went straight for the research department of the DNC and exfiltrated opposition materials on Mr. Trump,' Alperovitch said."

In an interview Monday with NBC, the founder of WikiLeaks, Julian Assange, refused to confirm whether the nearly 20,000 private emails his organization published came from a hack conducted by Russian state intelligence, saying it would be "immoral and unethical" to speculate about a source.

Assange said "The DNC has been riddled by hackers for years," adding that it was "completely not proven" whether Russia was behind the emails WikiLeaks published.

"It's fanciful to just try to go, well, some Russian attack software was used among a number of different hacks in the DNC a year ago, and then try to say that is the same process that led to [the WikiLeaks] publication.