Accessibility links
Judge Drops Charges Against Anti-Abortion Activists Behind Covert Recordings : The Two-Way A Texas judge has dismissed felony charges against two people who concealed their identities and tried to buy fetal tissue from Planned Parenthood. 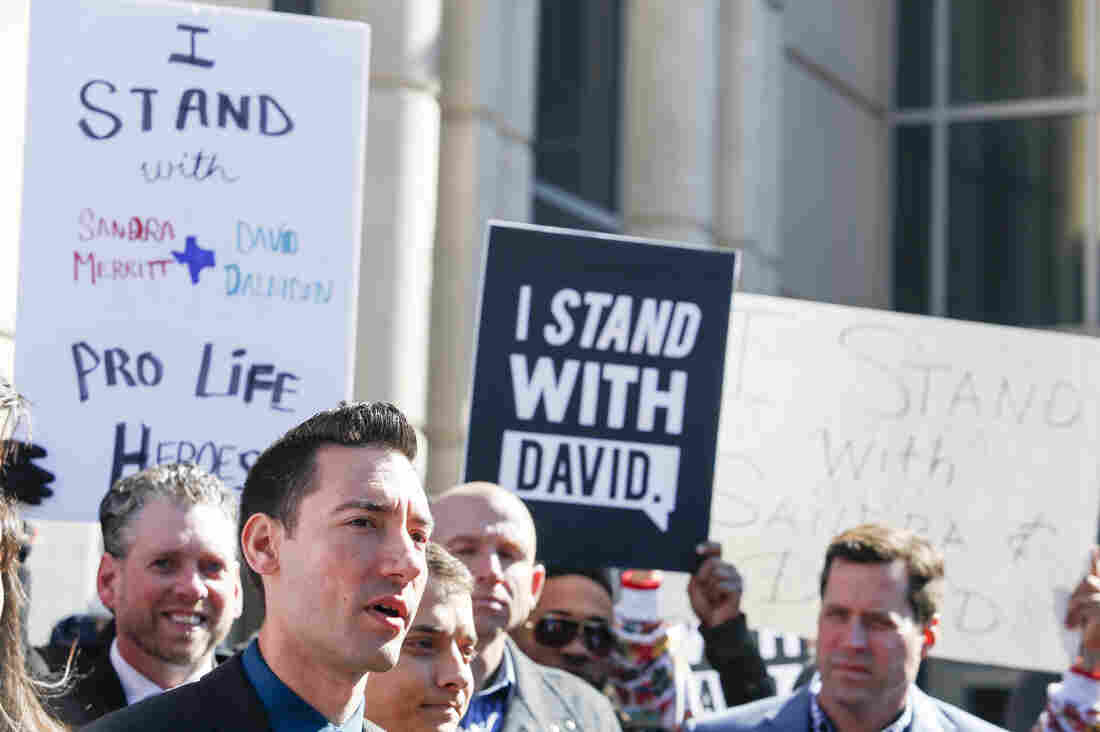 David Daleiden (left foreground) speaks to the media after appearing in court at the Harris County Courthouse on February 4 in Houston, Texas. All charges against Daleiden and his fellow anti-abortion activist Sandra Merritt have been dropped. Eric Kayne/Getty Images hide caption 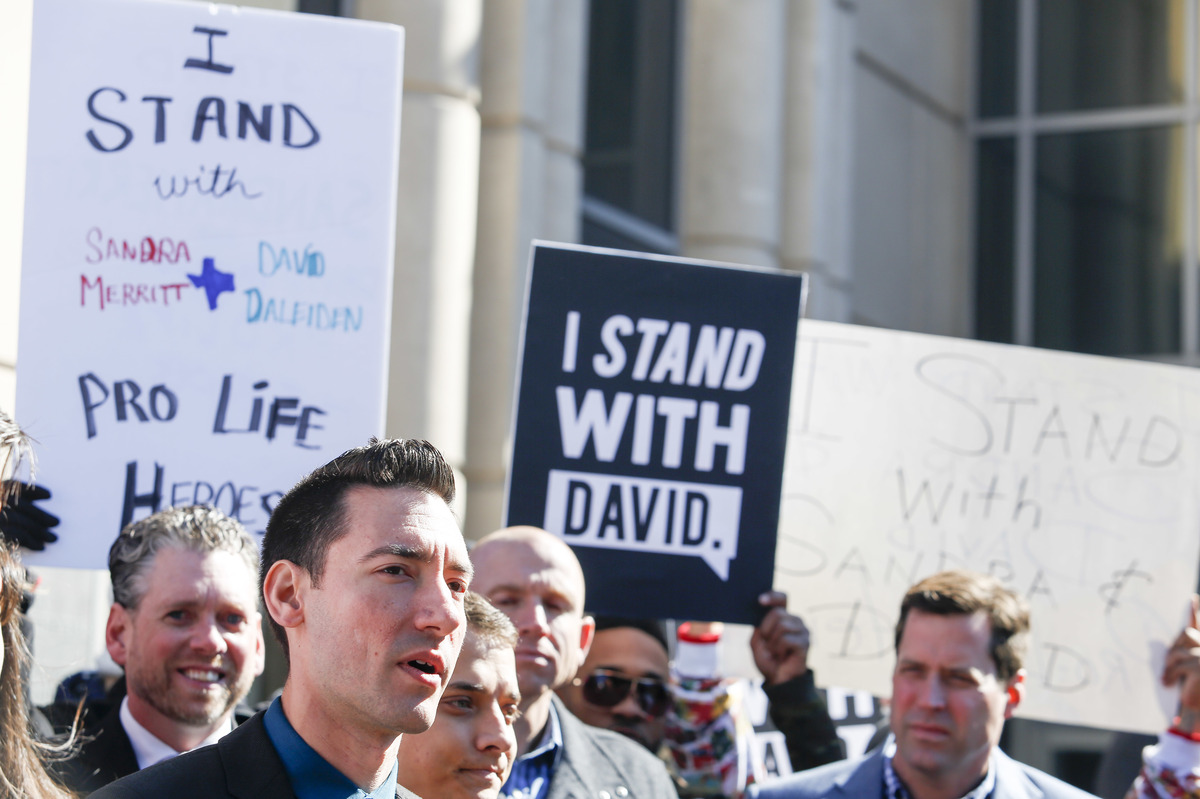 David Daleiden (left foreground) speaks to the media after appearing in court at the Harris County Courthouse on February 4 in Houston, Texas. All charges against Daleiden and his fellow anti-abortion activist Sandra Merritt have been dropped.

A district judge in Texas has dismissed the last remaining criminal charges against two activists who covertly recorded videos of themselves attempting to buy fetal tissue from Planned Parenthood.

David Daleiden and Sandra Merritt used fake IDs when they approached the organization. They were indicted for tampering with government records, a felony charge. Those charges have now been dismissed on technical grounds.

An attorney for the pair called it "a huge win for First Amendment rights," NPR's Jennifer Ludden reports.

The duo's undercover video was released last summer, to accuse Planned Parenthood of trafficking in the sale of fetal body parts, which is illegal. Planned Parenthood said its employees were discussing fetal tissue donation and accompanying fees and expenses, all of which are legal, and that the video was edited to make it appear otherwise.

More than a dozen states investigated the activists' claims and found no evidence of wrongdoing by Planned Parenthood.

In Texas, a grand jury convened to consider charges against Planned Parenthood. But instead of clearing the organization of wrongdoing, they surprised many by charging the activists with crimes.

"The grand jury initially had their target, Planned Parenthood, but I think after reviewing the evidence, they were deeply troubled by it and that's why they turned the tables and indicted the videographers. I mean, it's a very unusual turn of events here," Texas criminal defense attorney Philip Hilder told NPR at the time.

Daleiden, 27, was charged with a misdemeanor for attempting to buy human organs. That charge was dismissed last month on a technicality, U.S. News and World Report says, because prosecutors hadn't acknowledged that some fees are legally allowed in organ transfers. (If that sounds familiar, just scroll up: it's reminiscent of Planned Parenthood's critique of the activists' video.)

Daleiden and Merritt, 63, were also both charged with tampering with government records. The felony charge carried a possible sentence of up to 20 years in prison, The Associated Press reports. The two "previously rejected plea deals offering them probation," the wire service says.

The activists didn't deny that they used fake IDs. But in January, Jared Woodfill, one of the lawyers for the pair, told the New York Times the indictments were the work of "a runaway grand jury."

"How many of us have used a fictitious driver's license to buy beer?" Terry Yates, another lawyer, asked the Times. "Can you imagine every kid that did that being charged with a second-degree felony?"

As Jennifer Ludden reported earlier this year, Planned Parenthood has filed a civil suit against Daleiden in California. "They say that he lied his way into medical conferences, secretly recorded people without their consent and violated confidentiality contracts that he and others signed," she says. The group is seeking monetary damages for conspiracy and fraud.