Accessibility links
Tortoise Wins Again: Slow And Steady Pace Outruns L.A. Fire : The Two-Way An animal control agency got a call from the sheriff's department about "a tortoise that was running down the street, and away from the fire zone." 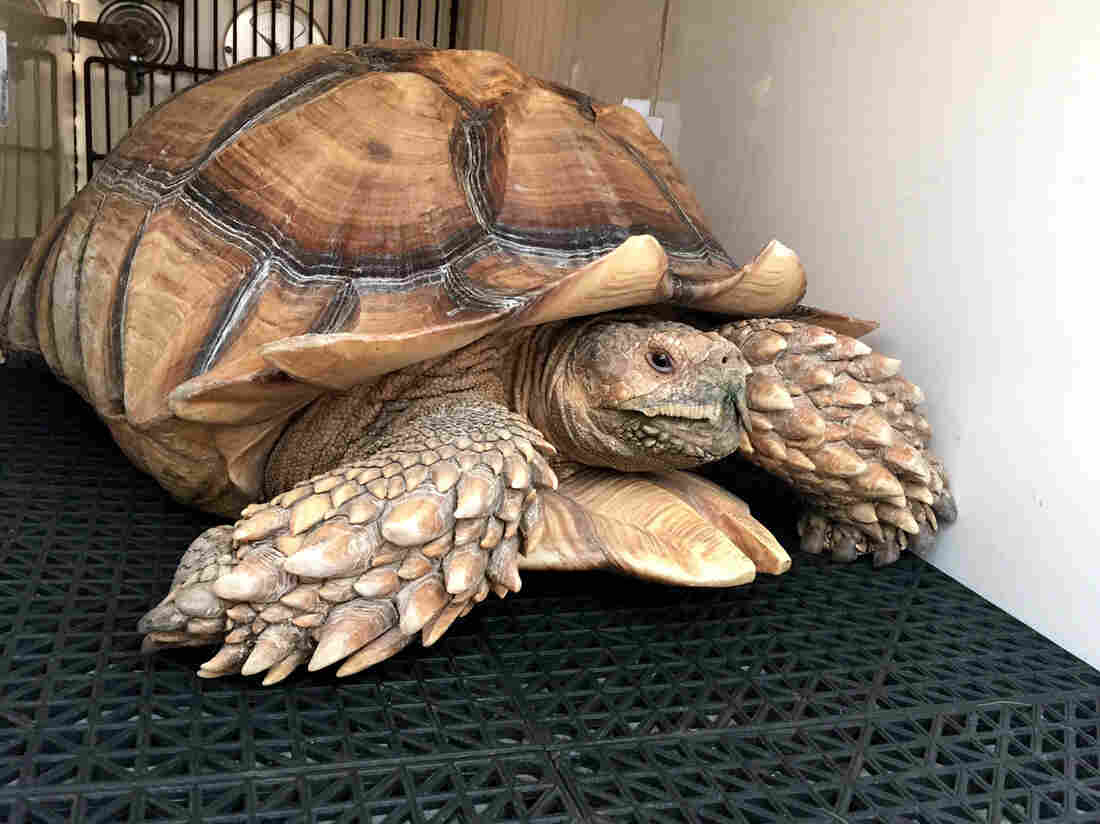 Tank, a pet 75-pound tortoise, survived the Los Angeles Sand Fire after his owner were forced to leave him behind. Courtesy of the County of Los Angeles Department of Animal Care and Control hide caption 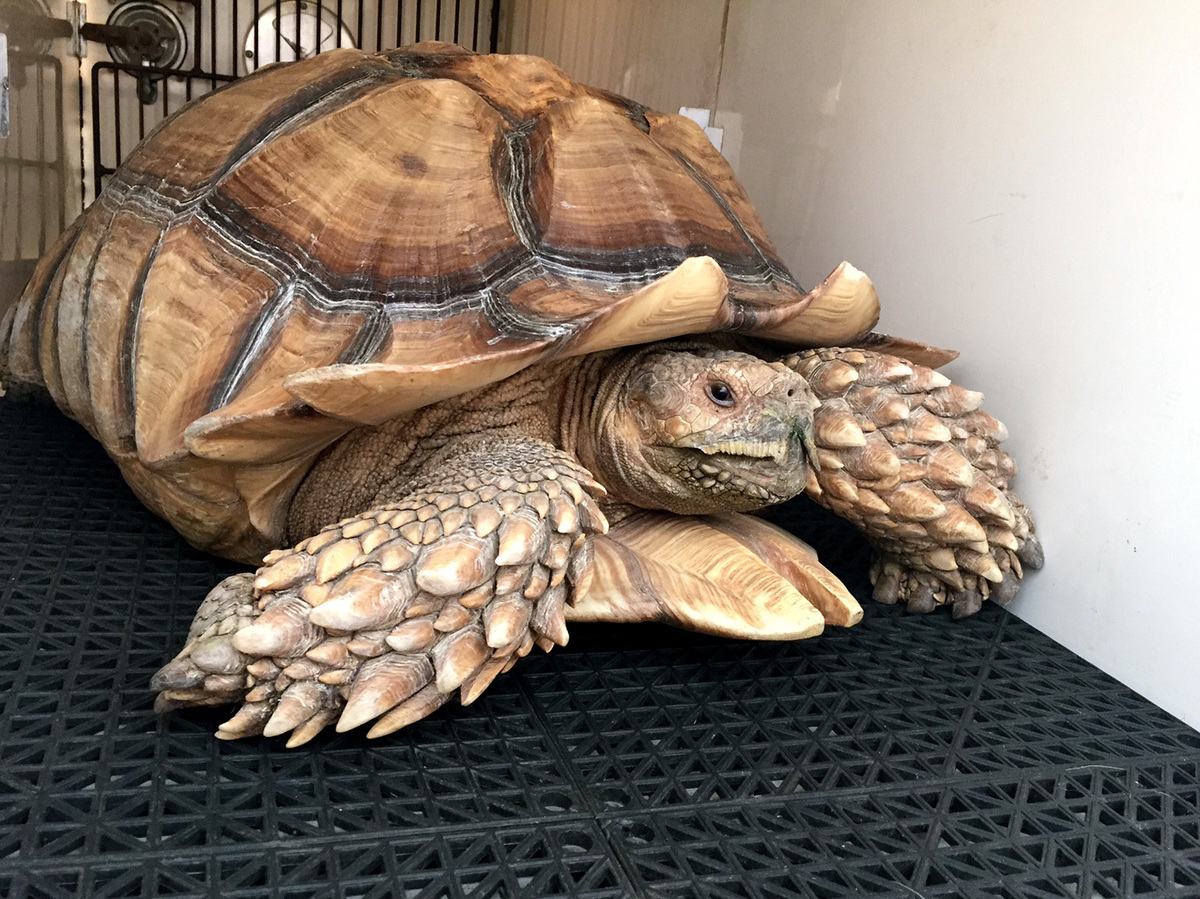 Tank, a pet 75-pound tortoise, survived the Los Angeles Sand Fire after his owner were forced to leave him behind.

A pet 75-pound tortoise has been reunited with his owners who were forced to leave him behind, after sheriff's deputies found the animal trying to escape the wildfires that had prompted an evacuation order in Los Angeles County.

That evacuation order was among those lifted on Monday, giving relief to many of the 20,000 people who had been forced to flee the Sand Fire north of Los Angeles, as the Two-Way has reported. But the situation is far from resolved: other areas remain under evacuation orders, and state officials have declared an emergency in Los Angeles County, as member station KPCC reports.

The weekend evacuation also covered Tank the tortoise — whose nickname, Pebbles, comes from his early life when his owners thought perhaps he was female — but the reptile was forced to stay behind when his owner Wendy Collins and her husband fled their home in Santa Clarita, Calif., Saturday afternoon. Collins tells ABC News that she wasn't able to get home.

"Because of the tight time frame he was given, my husband was only able to take our two dogs, his bearded dragon and the essentials," Collins says.

The wildfires have led Los Angeles County Animal Care and Control facilities to take in 768 pets and a range of animals, officials say. The agency lists some of the animals it has sheltered during the fire:

"It was bustling early on," Reyes says.

The animals are given refuge in large RV trailers that were deployed around the county to act as "mini kennels," says Reyes, who adds that they were purchased with funds from a grant. And because many pet owners go to Red Cross shelters — which don't accept animals — the teams often set up an Animal Safe trailer nearby.

As for Tank's race to safety, Reyes says his agency got a call from the sheriff's department about "a tortoise that was running down the street, and away from the fire zone."

It was a "very chaotic" time, Reyes says, adding that another account of the event described Tank as being near a gate on his owners' property, which Collins later confirmed. In any case, the animal displayed testudinal fortitude — and besides, Reyes, says, "unless we can interview a tortoise," we might never know the details of his escape from danger. (Updated at 2 p.m. ET on Aug. 1 with Collins' confirmation.)

One thing that's certain, Reyes says: It was imperative to "grab that tortoise and get out of there," because the fire was only a few hundred yards away. Animal Control workers were also able to leave a notice at the Collinses' house.

"We're really happy that he was impounded" and taken to safety, where the tortoise rested comfortably, Reyes says, adding that the tortoise's owners "were very emotional and thankful to the staff for picking Tank up."

And unlike some other homes in their area, the Collinses' house survived the fire.

Describing the tortoise's homecoming for ABC, Collins said Tank went straight to bed when he got back home, adding, "He's adorable. We're so glad this had a happy ending."