Accessibility links
Witnesses: U.N. Peacekeepers Did Nothing As South Sudanese Soldiers Raped Women : The Two-Way Dozens of women and girls have reportedly been raped by South Sudanese soldiers near a U.N. compound in the capital. A U.N. spokesperson said they are taking the allegations "very seriously." 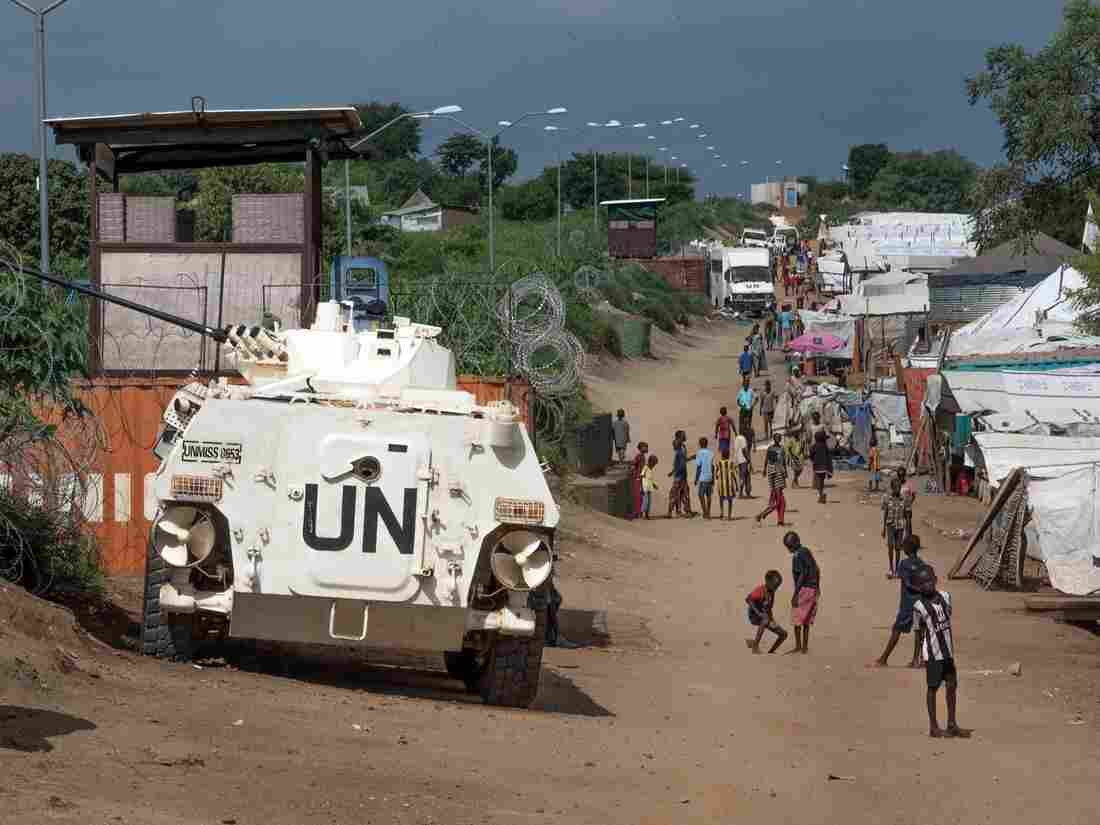 Some of the more than 30,000 Nuer civilians sheltering in a United Nations base in South Sudan's capital Juba for fear of targeted killings by government forces walk by an armored vehicle and a watchtower manned by Chinese peacekeepers. Jason Patinkin/AP hide caption 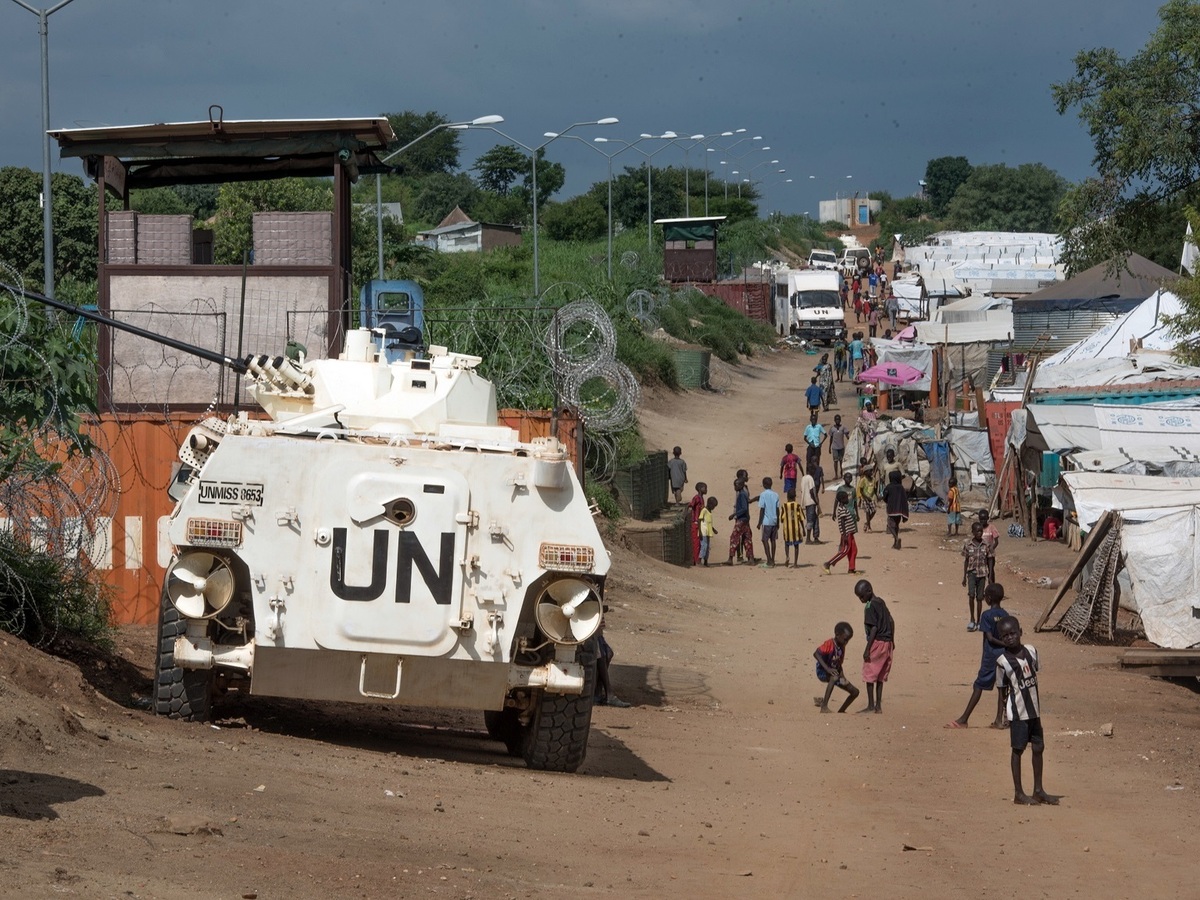 Some of the more than 30,000 Nuer civilians sheltering in a United Nations base in South Sudan's capital Juba for fear of targeted killings by government forces walk by an armored vehicle and a watchtower manned by Chinese peacekeepers.

Dozens of women and girls have reportedly been raped by South Sudanese government soldiers near a U.N. compound in the country's capital, Juba.

About 30,000 civilians have taken shelter in the U.N. base amid fighting in South Sudan, as we reported. The Associated Press spoke to witnesses and civilian leaders about the rampant sexual violence against ethnic Nuer women and girls there.

"At least one assault occurred as peacekeepers watched," witnesses told the wire service. "The mission takes very seriously allegations of peacekeepers not rendering aid to civilians in distress and the UNMISS force command is looking into these allegations in line with its established protocols," Shantal Persaud, a spokesperson for the U.N. Mission in South Sudan, told The Two-Way.

The Associated Press describes the incident that allegedly happened in view of the peacekeepers:

"On July 17, two armed soldiers in uniform dragged away a woman who was less than a few hundred meters (yards) from the U.N. camp's western gate while armed peacekeepers on foot, in an armored vehicle and in a watchtower looked on. One witness estimated that 30 peacekeepers from Nepalese and Chinese battalions saw the incident."

" 'They were seeing it. Everyone was seeing it,' he said. 'The woman was seriously screaming, quarreling and crying also, but there was no help. She was crying for help.'"

According to the wire service, almost all of the civilians housed at the camp are ethnic Nuer, as is South Sudan's main opposition leader, Vice President Riek Machar. The recent round of fighting pits men loyal to him against President Salva Kiir and government forces, which are mostly ethnic Dinka.

AP reports that according to witnesses, soldiers were allowing women from the compound to leave and search for food in a nearby area, and then "attacking them as they returned."

According to its mandate, U.N. peacekeepers in South Sudan are tasked with protecting civilians "under threat of physical violence, irrespective of the source of such violence."

Persaud says the U.N. mission has "stepped up its patrols in and around the [Protection of Civilians] sites, as well as in Juba city." She says that peacekeeping forces are also providing "protection at designated times to women when needing to go out of the PoC sites to collect firewood and procure other non-food items."

The U.N. mission says it has received reports from numerous parts of the country of "sexual violence, including rape and gang rape, by soldiers in uniform and men in plain clothes against a number of civilians, including minors," according to Persaud. She adds: "These acts have taken place since the start of the current violence in Juba. Currently UNMISS have documented 120 case of sexual violence and rape against civilians."

This adds to widespread previous reports of sexual violence in South Sudan. A U.N. report released in March "recorded more than 1,300 reports of rape in just one of South Sudan's ten states" over the course of five months in 2015. "Credible sources indicate groups allied to the Government are being allowed to rape women in lieu of wages but opposition groups and criminal gangs have also been preying on women and girls," it said.

The report concluded that government forces use rape as "part of an intentional strategy to terrorize and punish civilians."