Accessibility links
Soberanes Fire Burns Through Big Sur, Calif., As Thousands Of Firefighters Combat The Blaze : The Two-Way After more than a week, a 38,000-acre wildfire on the California coast is still growing, and authorities warn it could burn through August even after it is contained. 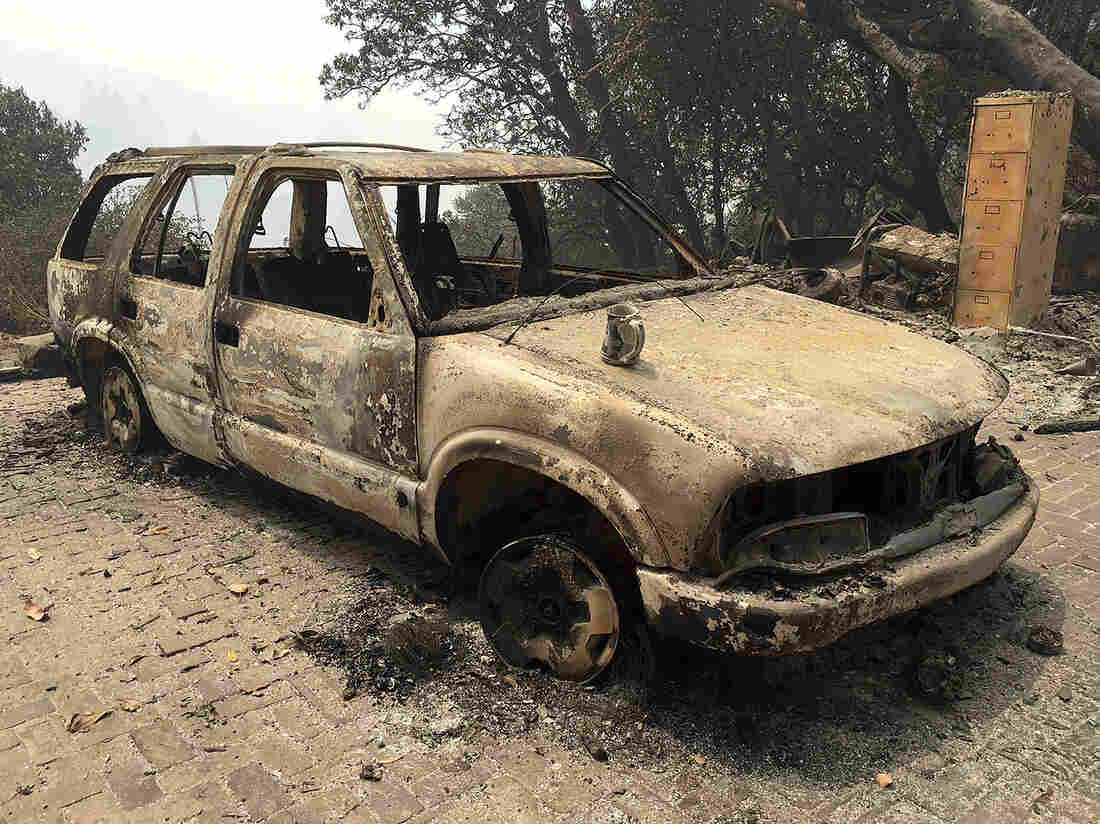 A car destroyed by the Soberanes fire in Big Sur, Calif. Lodge managers and cafe owners there are facing cancelled bookings after fire officials warned that crews will likely be battling the fire for another month. Terry Chea/AP hide caption 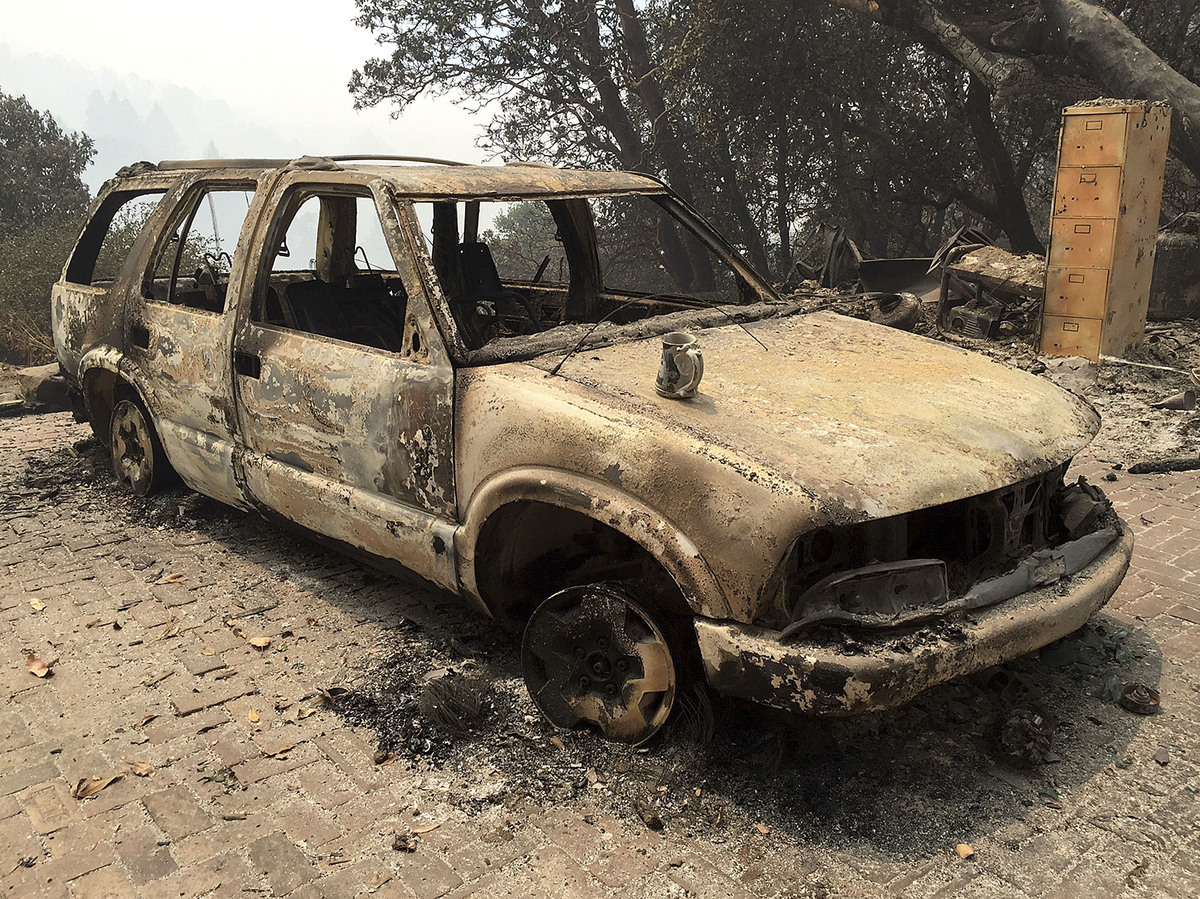 A car destroyed by the Soberanes fire in Big Sur, Calif. Lodge managers and cafe owners there are facing cancelled bookings after fire officials warned that crews will likely be battling the fire for another month.

A wildfire on the central California coast has burned more than 38,000 acres and could continue throughout August. Already, the Soberanes fire has destroyed at least 60 homes, and one man died when a bulldozer he was driving near the fire line rolled over on steep terrain.

Pfeiffer Big Sur State Park and seven other state parks and outdoor attractions nearby are closed until further notice because of smoke, fire danger and closed roads. The summer months are usually the high season for tourists visiting the region's rugged coastline.

The California Parks Service has also instituted emergency rules for water use in the area. The state is entering its fifth year of drought.

Since the Soberanes fire began nine days ago, it has grown rapidly. Last week, as temperatures soared into the 90s and dry, windy weather fanned the flames, the fire tore through thousands of acres of chaparral in the Los Padres National Forest.

1 week time lapse of the #SoberanesFire - now larger than the city of San Francisco at 31,386 acres. pic.twitter.com/P9p7bLMel9

On Saturday, slightly cooler weather and overnight fog slowed the fire somewhat, according to CalFire, the state agency in charge of fighting wildfires. CalFire says 350 people have been evacuated to the nearby town of Carmel from areas east and south of the fire. On Sunday, additional evacuation warnings were announced for residents in the nearby communities of Cachagua and Tassajara, Calif.

A spokesman for the agency, Daniel Berlant, wrote on Twitter more than 5,000 people are now helping to fight the blaze. Fire crews traveled from across California as well as Colorado, Utah, Arizona and Oregon, reports The Monterey Herald.

Images taken by satellites show smoke from the Soberanes fire and another blaze near Los Angeles, the Sand fire, are visible from space.

As the Two-Way reported, the Sand fire caused hundreds of evacuations, destroyed 18 homes and killed on person before crews got it under control on Friday.