Accessibility links
U.S. Launches Airstrikes Against Islamic State Targets In Libya : The Two-Way The Pentagon announced it had attacked targets around the ISIS-occupied city of Sirte at the request of the U.N.-backed Libyan Government of National Accord. 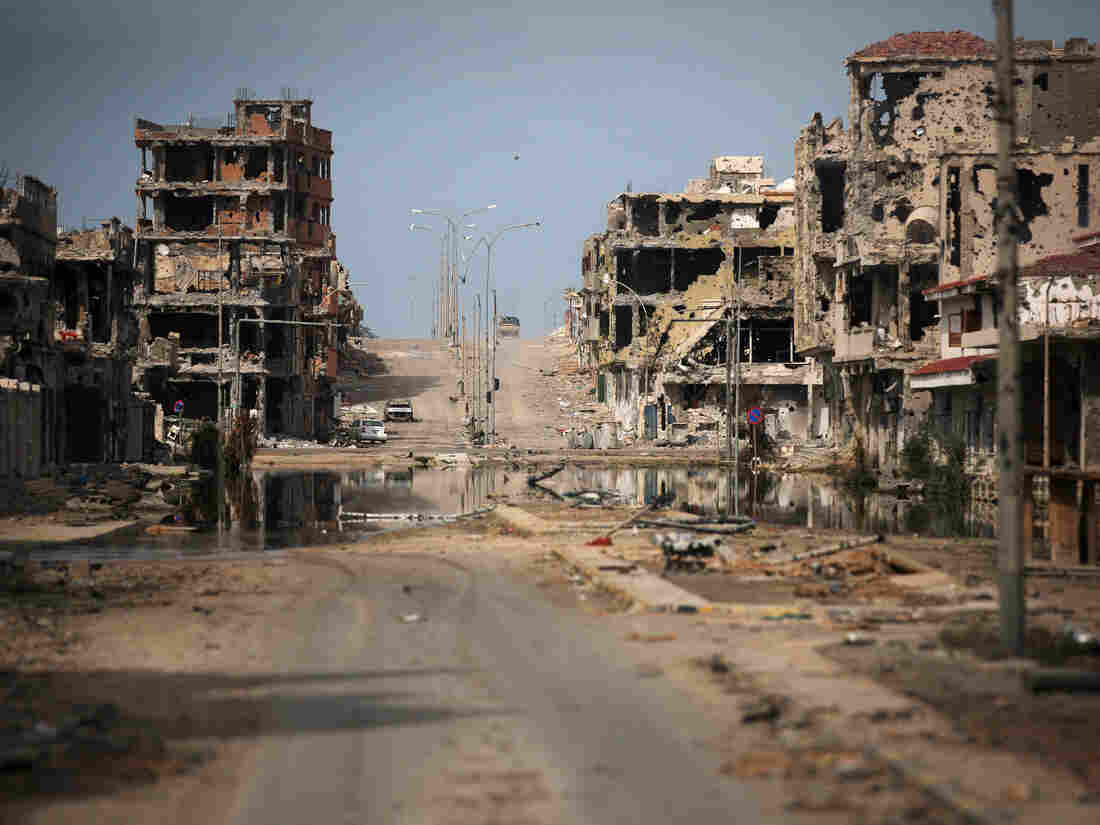 A photo from 2011 shows buildings ravaged by fighting in Sirte, Libya. Islamic State militants have controlled the city since August 2015. The U.S. military has announced ongoing airstrikes against targets in Sirte. Manu Brabo/AP hide caption 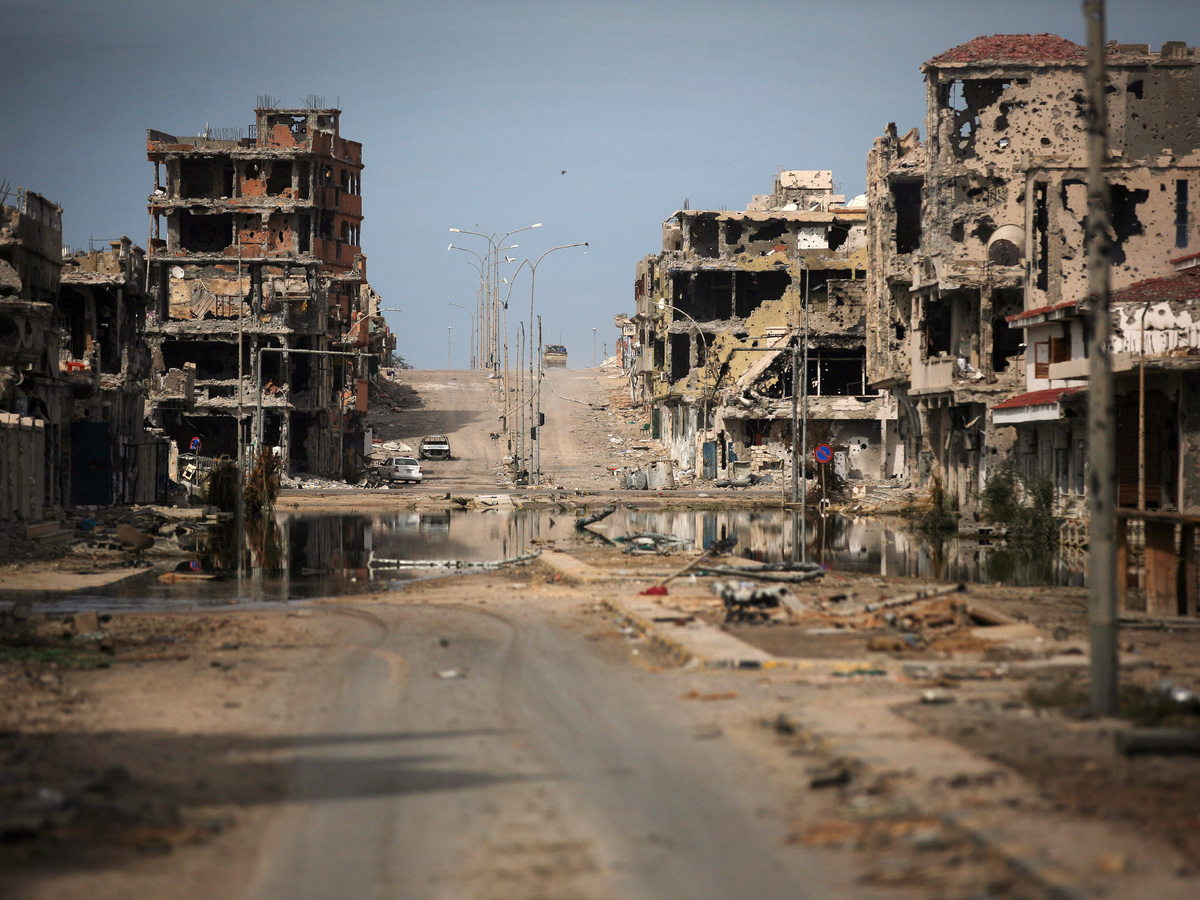 A photo from 2011 shows buildings ravaged by fighting in Sirte, Libya. Islamic State militants have controlled the city since August 2015. The U.S. military has announced ongoing airstrikes against targets in Sirte.

The Pentagon says U.S. warplanes began attacking Islamic State targets in Libya today at the request of the U.N.-backed Libyan government. The airstrikes are in the city of Sirte, which is controlled by ISIS.

American aircraft destroyed a tank and two ISIS vehicles that the Pentagon says posed a threat to Libyan fighters trying to retake the city.

Pentagon Press Secretary Peter Cook released a statement saying the strikes were requested by the Libyan Government of National Accord, known as the GNA:

"These strikes were authorized by the president following a recommendation from Secretary Carter and Chairman Dunford. They are consistent with our approach to combating ISIL by working with capable and motivated local forces."

At a news conference Monday, Cook said the air campaign against targets in Sirte "does not have an end point at this particular moment in time," and that President Obama had authorized additional airstrikes "in close coordination with the GNA." All future airstrikes are to be approved by the U.S. military commander in charge of the African region.

The GNA is one of several fledgling governments trying to wrest control of Libya from the Islamic State and other militias that have been vying for power since the fall of Moammar Gadhafi in 2011, as NPR's Michelle Kelemen has reported. The fighters attacking ISIS in Sirte belong to militias that have pledged loyalty to the GNA.

New Report Details The Horrors Of Life Under ISIS In Sirte, Libya

The Pentagon said Monday that the airstrikes involve both piloted aircraft and unmanned drones.

These are not the first airstrikes against ISIS targets in Libya. Two previous attacks, in November and February, targeted individuals who the U.S. said posed a threat. The Two-Way reported that the February strike is said to have killed at least 40 people at what the Pentagon called an ISIS training camp in northeast Libya.

There are also small numbers of U.S. and international special operations forces already on the ground in Libya, but Cook said today that none of them is involved in the fighting in Sirte.

As The Two-Way reported, ISIS has controlled Sirte since last August.

"The city drew international attention in February 2015 when an ISIS video showed its fighters decapitating 21 men, almost all of them Egyptian Coptic Christians who were kidnapped in Sirte.

"In its new report, Human Rights Watch says it documented 28 other killings by ISIS in the Sirte area between mid-February 2015 and mid-February 2016. These amounted to 'scenes of horror — public beheadings, corpses in orange jumpsuits hanging from scaffolding in what they referred to as 'crucifixions,' and masked fighters snatching men from their beds at night.' That's in addition to 'scores' of rival fighters disappeared by ISIS and presumed dead, the rights group says."

Cook said the ongoing airstrikes in Libya are being conducted under the authority granted by the 2001 authorization for the use of military force. He said the Pentagon would make information available about future attacks by U.S. aircraft in Libya, but stopped short of promising regular readouts about every bombing.