Accessibility links
50 Years After Texas College Shooting, 'Campus-Carry' Becomes Law : The Two-Way Memorials to the 14 killed and 31 wounded by clocktower shooter Charles Whitman on Aug. 1, 1966, coincided with the legalization of concealed-carry handguns on Texas state universities. 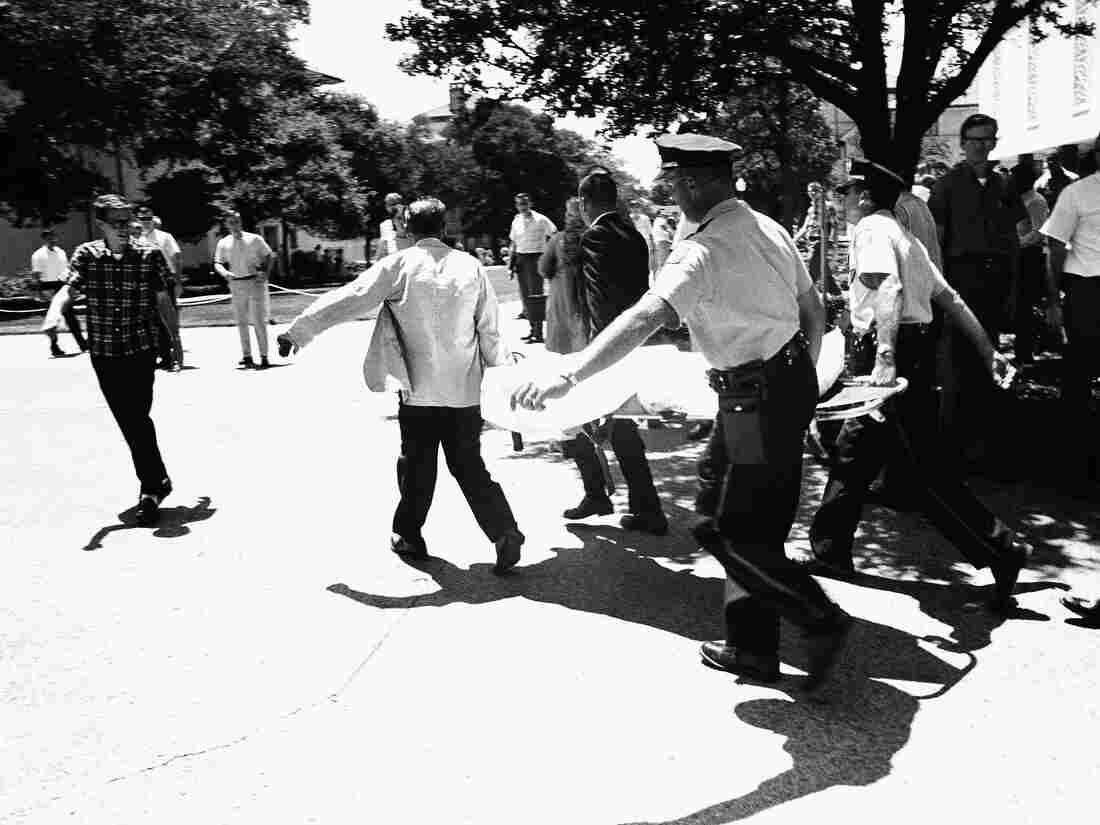 Proponents of a law allowing concealed-carry handguns at Texas state universities say it could prevent incidents similar to the Aug. 1, 1966, University of Texas shootings which left 14 dead. The law went into effect 50 years to the day of the massacre. AP hide caption 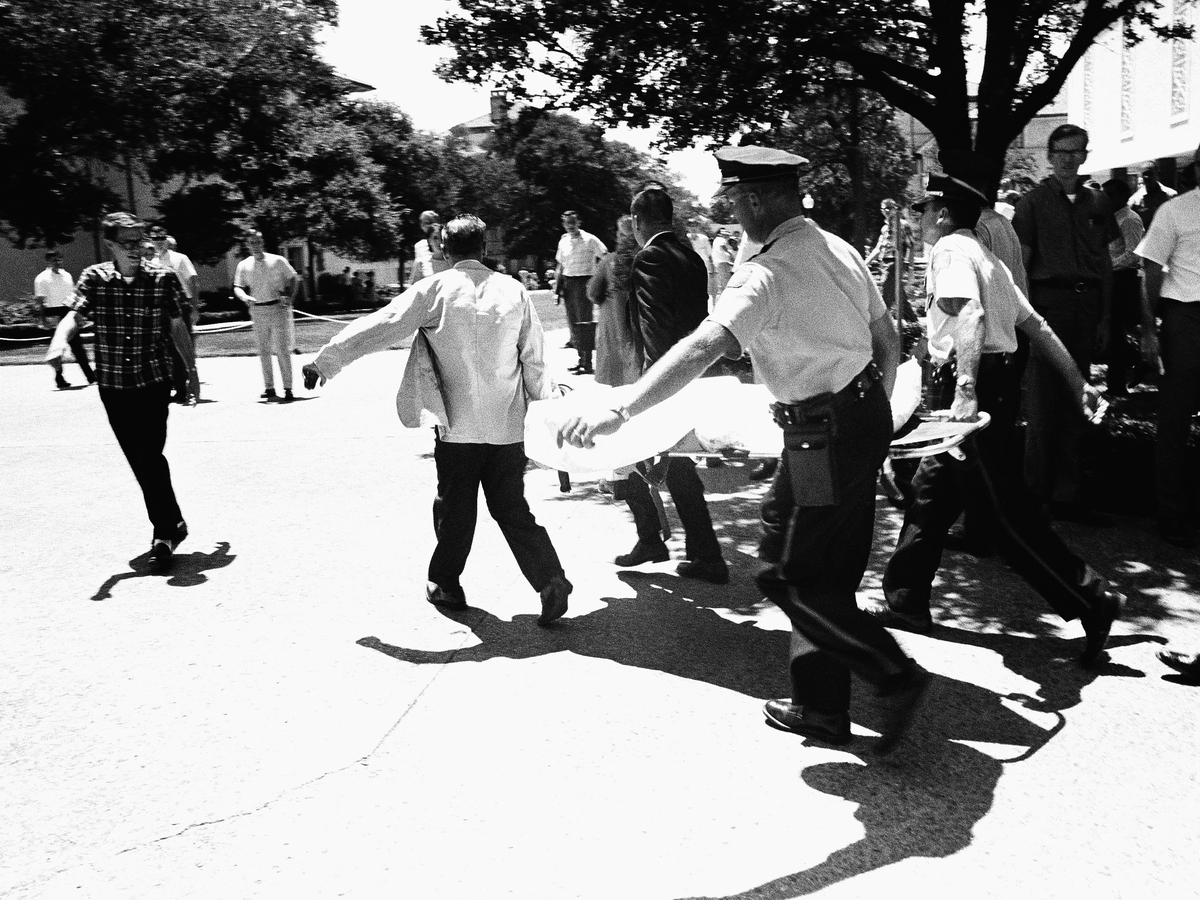 Proponents of a law allowing concealed-carry handguns at Texas state universities say it could prevent incidents similar to the Aug. 1, 1966, University of Texas shootings which left 14 dead. The law went into effect 50 years to the day of the massacre.

The University of Texas dedicated a memorial to victims of a sniper-style attack there 50 years ago on the same day concealed-carry of handguns became legal at Texas public universities.

In an early afternoon ceremony, Gregory Fenves, the university's president, dedicated a granite monument containing the names of 17 people killed by Charles Whitman, a 25-year-old student and former Marine, who opened fire from the school's clocktower on Aug. 1, 1966. He killed people both on campus and elsewhere that day.

NPR's John Burnett reports for our Newscast Desk that it was the deadliest university shooting until Virginia Tech in 2007, when a college senior killed 32 people.

"Survivors did not receive the support they needed," Fenves said. "The campus did not fully grieve before trying to return to normal."

During the ceremony, a previously erected memorial was rededicated and the campus clock was stopped at 11:48 a.m., the time the attack began.

But as the campus dealt with its past with guns, it and 13 other schools in the Texas university system faced the implementation of the so-called "campus carry" law, which, The Texas Tribune reports, makes it legal for handguns owners to bring handguns to campus if they possess a concealed-carry license:

"With a few exceptions, you have to be over 21 and take state-approved training to have a concealed handgun in Texas. That means many freshmen, sophomores and juniors won't even be able to carry if they want to. At the University of Texas at Austin, officials estimate that fewer than 1 percent of students has a license ...

"To give community and junior colleges more time to prepare, the law doesn't go into effect for those schools until 2017. At private schools, meanwhile, administrators can choose to opt out of the law. So far, only one, Amberton University, is planning to allow guns on campus next school year ...

"The law still bans guns in sports arenas. And it also allows schools to impose bans in a few other areas."

As John Burnett reports, the law passed last summer, "presumably to stop campus shooters" with the backing of Texas Gov. Greg Abbott, but has been "bitterly" opposed by students and faculty at most universities.

Furthermore, member station KUT reports the state university system faced consequences and costs from the law even before it took effect:

"For example, the architecture school lost its dean because of the law. A candidate for another high profile faculty position also says he declined a position here because of campus carry.

"And now, there are legal costs. Last month, three UT Austin professors sued the university and the state. They say the law will stifle class discussion — violating the First Amendment."