Accessibility links
For Cars, The Good Old Days Are Today : The Two-Way U.S. auto industry sales were up 0.4 percent last month, the best July figures since 2005. But analysts suggest sales will plateau and companies should focus on profits, rather than volume. 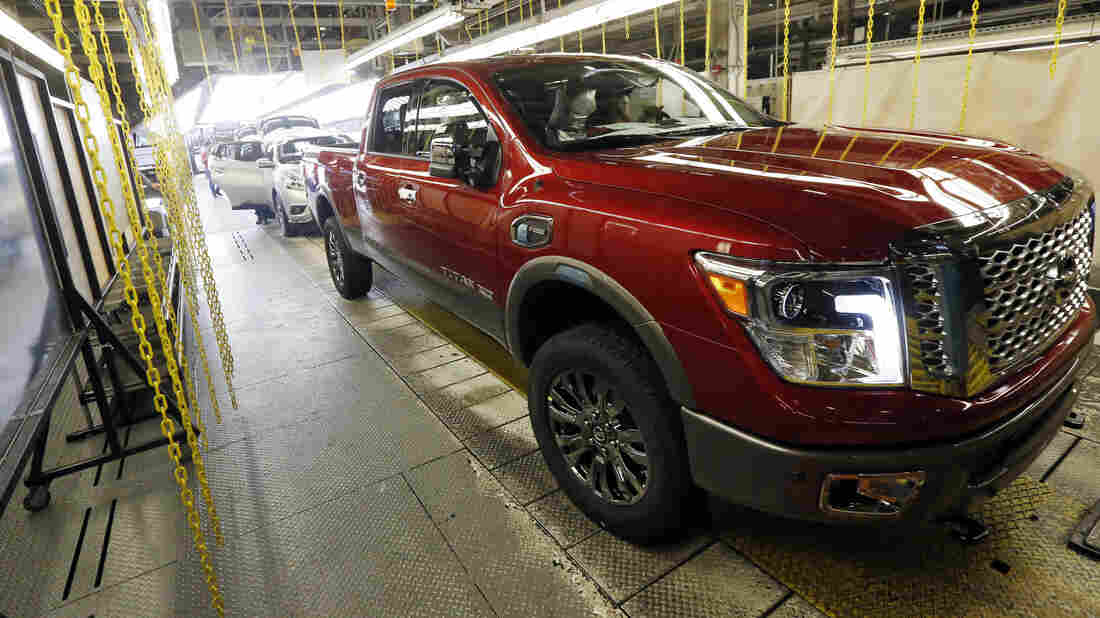 A Nissan Titan rolls off the line in Canton, Miss., in April. Truck and SUV sales were strong again in July. Rogelio V. Solis/AP hide caption 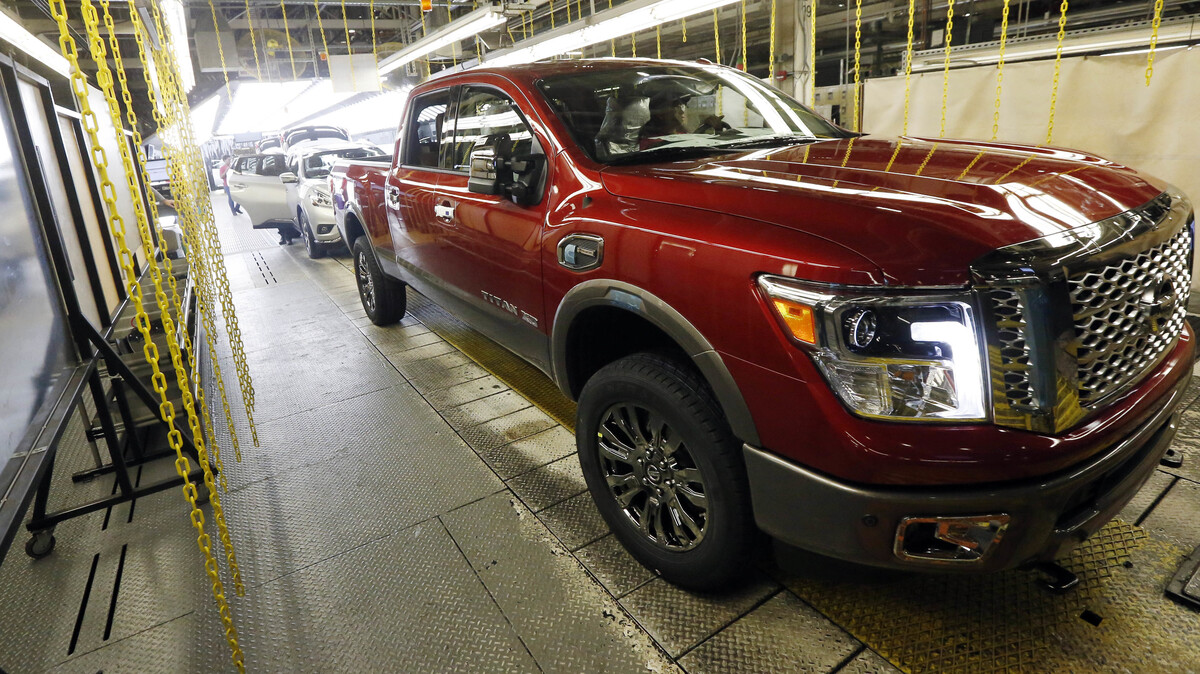 A Nissan Titan rolls off the line in Canton, Miss., in April. Truck and SUV sales were strong again in July.

For six years, the auto industry has been on a sales streak. July was no different. It was the best July since 2005, with sales up 0.4 percent over a year earlier. Much of the growth was in trucks and SUVs. The three top-selling vehicles were trucks (Ford F Series, Chevy Silverado, Ram).

While sales generally were strong, some of the big names were down. General Motors fell 2 percent; Ford, 3 percent; Toyota, 1 percent. Those numbers are compared to the same month last year.

The industry is on track this year to sell 17.8 million vehicles.

The question for those watching the economy is: Has the car industry peaked? "It's clear the industry is plateauing," says Akshay Anand with Kelley Blue Book, "as we're now seeing signs of SUVs slowing down for several brands, while sedans continue to struggle." Anand isn't alone in his analysis. Last week on Ford's earnings call, the company said it likely slowed production in anticipation of a weakened automotive economy in the fall and winter.

For much of the last half decade, the auto industry has been the bright spot in a tepid economy. And Anand says that's not likely to change for a while. He says "sales are near all-time highs, and should continue to remain strong regardless of the flattened [economic] growth for the rest of 2016."

The auto industry is and has been cyclical. But since the bailout of GM and Chrysler, the automakers have been looking to improve profitability during the downturns. Jessica Caldwell, an analyst with edmunds.com, says with sales volume cooling, the car companies can "focus on profits instead of volume. And if you're selling SUVs and trucks then that's not a bad strategy." Trucks and SUVs tend to have much higher profit margins.

Also since the downturn, the car companies have been able to reduce costs. And the recent sales growth is real, not inflated by incentives. "Interest rates are higher than last year and consumers bought at a higher rate," says Caldwell. While car company helped the economy recover most analysts don't see an automotive slowdown being the spark that ignites the next recession.