Accessibility links
Canada Releases Details On Inquiry Into Murdered, Missing Indigenous Women : The Two-Way In his campaign, Prime Minister Justin Trudeau promised to launch an investigation into the disappearances of more than 1,000 Native women. Families and advocates have been waiting for years. 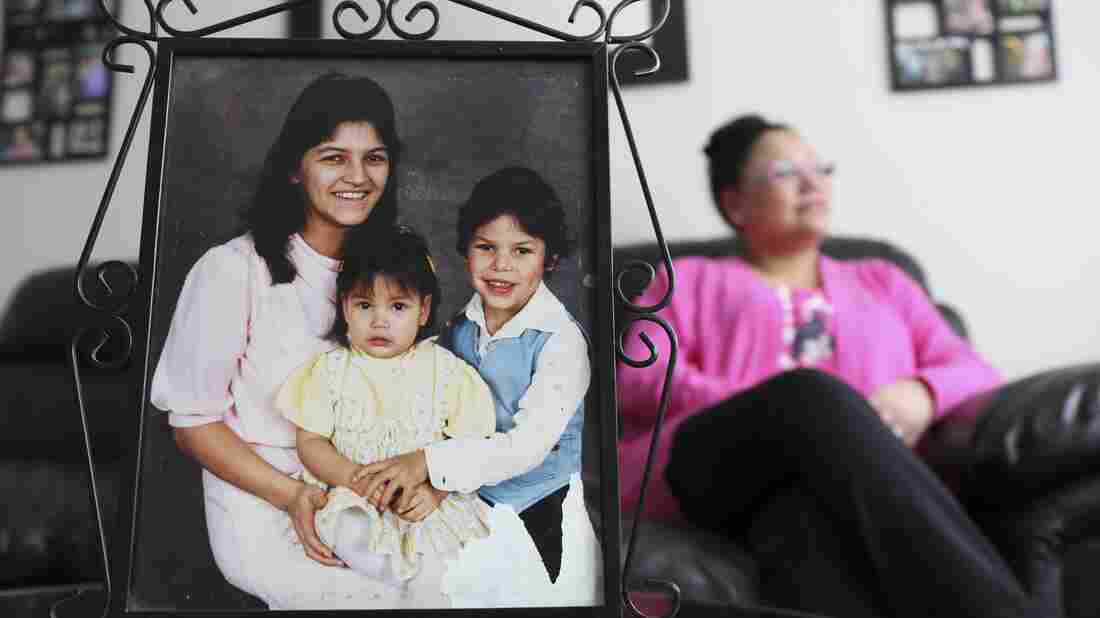 Jody Ryan's mother, Shirley Cletheroe, went missing without a trace in 2006. Ryan's home is filled with photos of her mother with her young family. Thirteen aboriginal women have gone missing from the city of Fort Saint John in the northeastern corner of British Columbia. Richard Lautens/Toronto Star via Getty Images hide caption 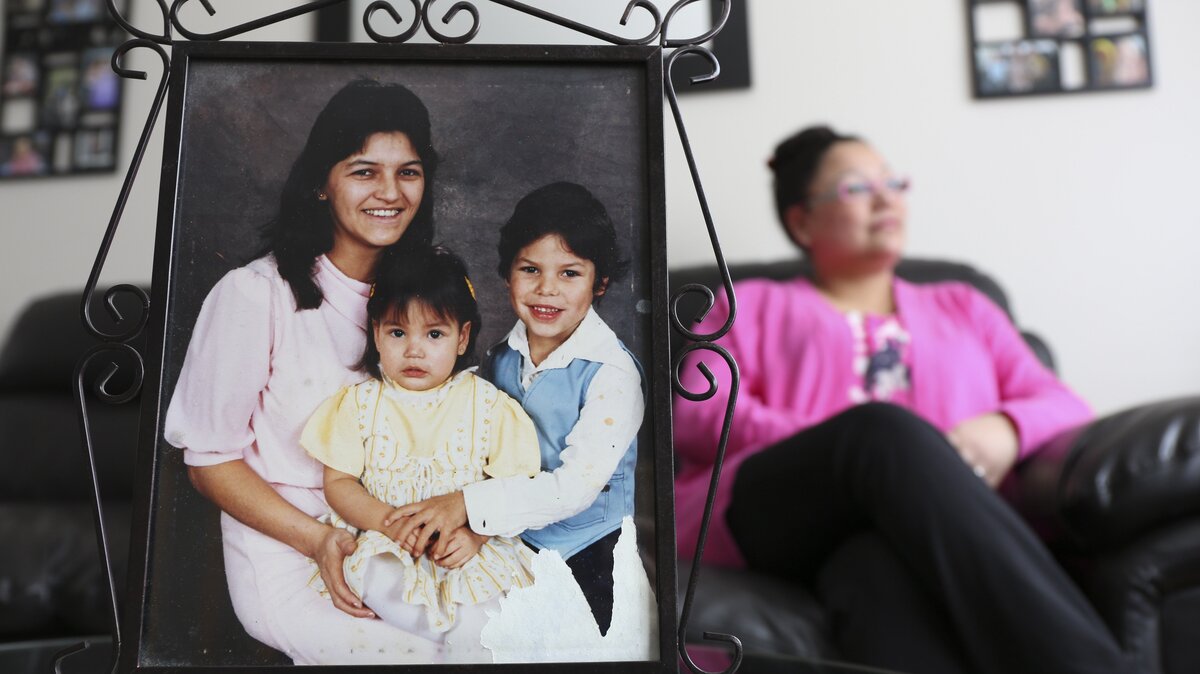 Jody Ryan's mother, Shirley Cletheroe, went missing without a trace in 2006. Ryan's home is filled with photos of her mother with her young family. Thirteen aboriginal women have gone missing from the city of Fort Saint John in the northeastern corner of British Columbia.

Canada has announced details about a long-awaited inquiry into the deaths and disappearances of more than 1,000 indigenous Canadian women.

"The spirits of the missing and murdered Indigenous women and girls will be close in our hearts and in our minds as we do our work," the judge who will lead the inquiry said on Wednesday, the CBC reports.

The inquiry is to start at the beginning of September and, according to the government, run through the end of 2018, at a cost of $53.9 million Canadian dollars (more than $40 million U.S. dollars).

"Commissioners will look at systemic issues such as violence, poverty and cultural reasons for the vulnerability of indigenous women," Dan Karpenchuk reports for Newscast. "They will also be able to compel witnesses to testify."

The inquiry also will examine "the role of various institutions, including police forces, governments and coroners' offices," the CBC reports. "It will also review various federal and provincial laws, but will not find criminal liability."

Some activists are concerned about the fact that the inquiry won't allow for closed cases to be reopened, the CBC says.

As we've reported, an inquiry like this was one of the campaign promises of Justin Trudeau, the prime minister of Canada. Families have been waiting years for a national reckoning on the number of missing and murdered aboriginal women.

Here's what The Two-Way wrote in February, when the government announced it was preparing for this inquiry:

"A 2014 study by the Royal Canadian Mounted Police found that nearly 1,200 aboriginal women were murdered or went missing between 1980 and 2012. But two government ministers involved in planning the investigation say they believe the numbers are actually far higher.

" 'When you look at the real depth and breadth of this tragedy, it's way bigger than we had thought,' Indigenous Affairs Minister Carolyn Bennett said at a news conference with Minister for the Status of Women Patty Hajdu this week in Ottawa.

"Dan Karpenchuk in Toronto tells our Newscast unit that 'the Minister for the Status of Women says a more realistic number would be 4,000 based on a history of police under-reporting or failing to properly investigate cases of missing native women.'

"... Former Minister of Aboriginal Affairs Chuck Strahl told The Globe and Mail that some cases happen in remote areas, making them less likely to be reported. He added: 'Sometimes people don't trust local authorities, whether the police or ... local First Nations authorities.'

"According to the police study, aboriginal women make up about 4 percent of Canada's female population. But they represent nearly 1 in 4 female homicide victims in Canada, based on 2012 numbers."