Accessibility links
A New Lucille Ball Statue Replaces 'Scary' One In Her Hometown : The Two-Way In 2009, legions of Lucy fans were horrified by a sculpture they dubbed "Scary Lucy." The new one reflects the glamorous TV comedy star of the 1950s. It's being unveiled Saturday, her 105th birthday. 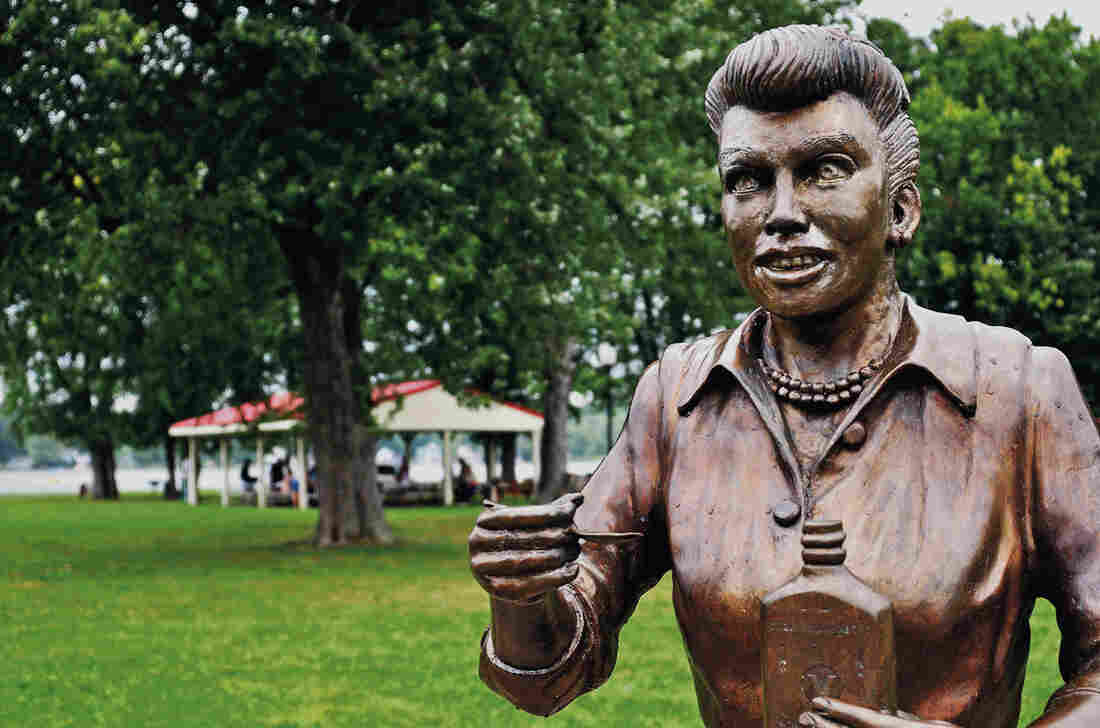 A bronze sculpture of Lucille Ball at the Lucille Ball Memorial Park in the village of Celoron, N.Y. The statue drew worldwide scorn for its unflattering depiction of the I Love Lucy star. AP Photo/The Post-Journal hide caption 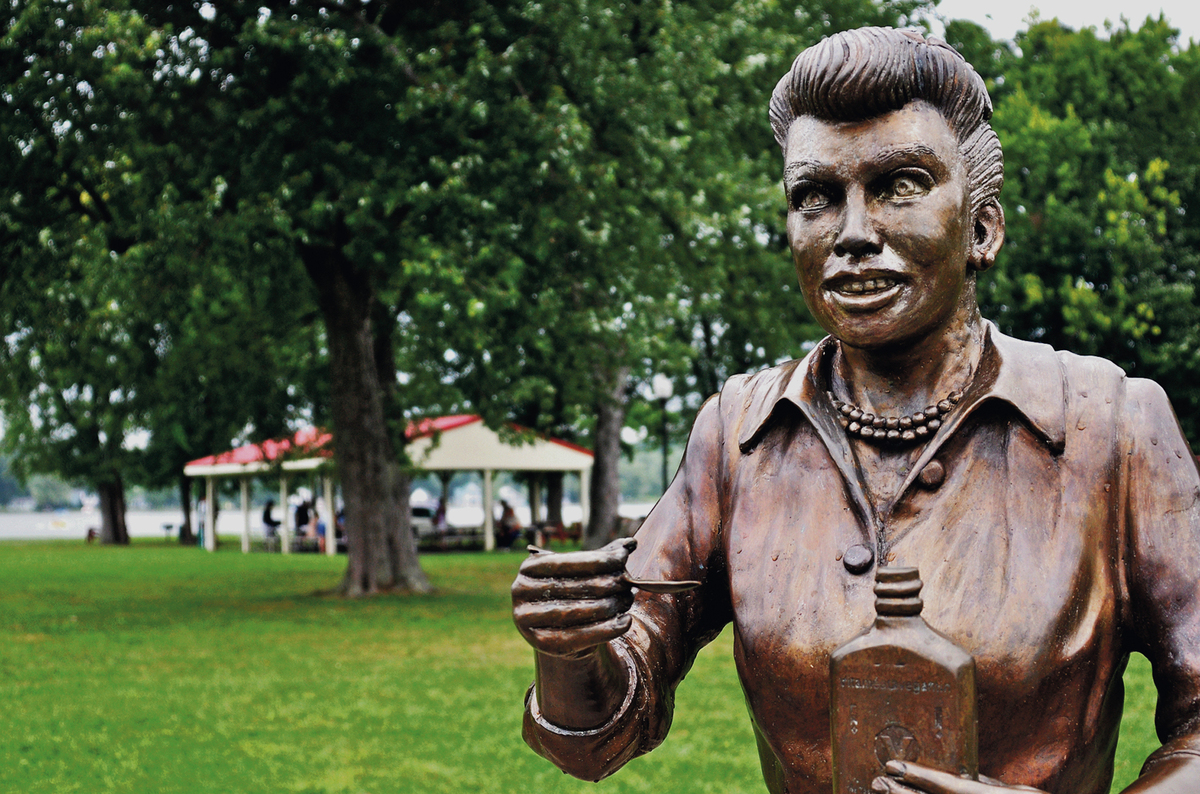 A bronze sculpture of Lucille Ball at the Lucille Ball Memorial Park in the village of Celoron, N.Y. The statue drew worldwide scorn for its unflattering depiction of the I Love Lucy star.

A new statue of the queen of comedy will be unveiled this weekend in her hometown in Celoron, N.Y., and unlike the old one, this one actually looks like the Lucy everyone loves.

The new life-size bronze statue was created by noted sculptor Carolyn Palmer, who won a national competition (involving more than 65 sculptors) for the honor of crafting a statue that will be unveiled on Aug. 6. It would have been Ball's 105th birthday.

The new statue was commissioned to replace another sculpture unveiled just seven years ago. Critics complained the original didn't resemble Ball and it soon came to be known as "Scary Lucy." Its creator, artist Dave Poulin, apologized for the work and offered to remake the sculpture.

Lucille Ball Sculptor Apologizes For 'By Far My Most Unsettling' Work

Public demand for a new statue started in 2012 after New York playwright Tom Andolora created a Facebook page titled "We Love Lucy! Get Rid of this Statue!"

Three years later, the story of the growing number of fans joining the call for a new statue went viral, prompting Celoron Mayor Scott Schrecengost to organize a committee to find another sculptor to make a new statue. 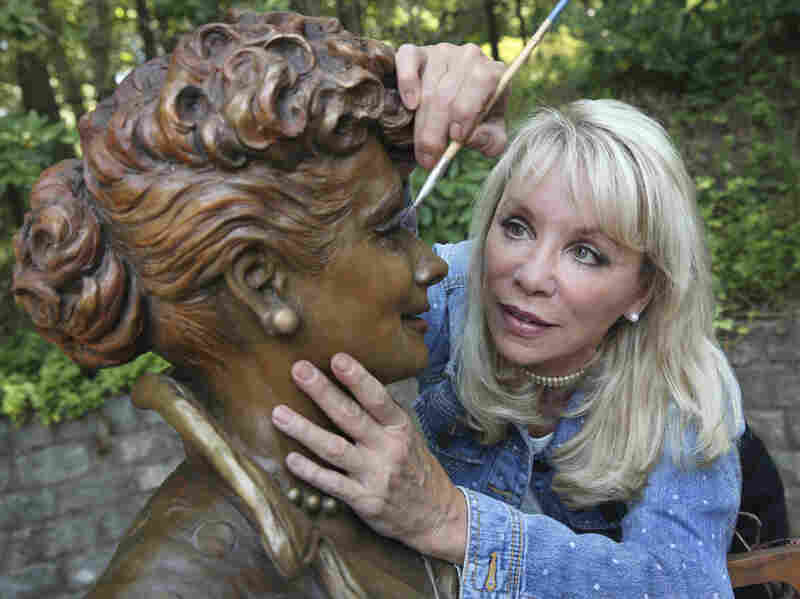 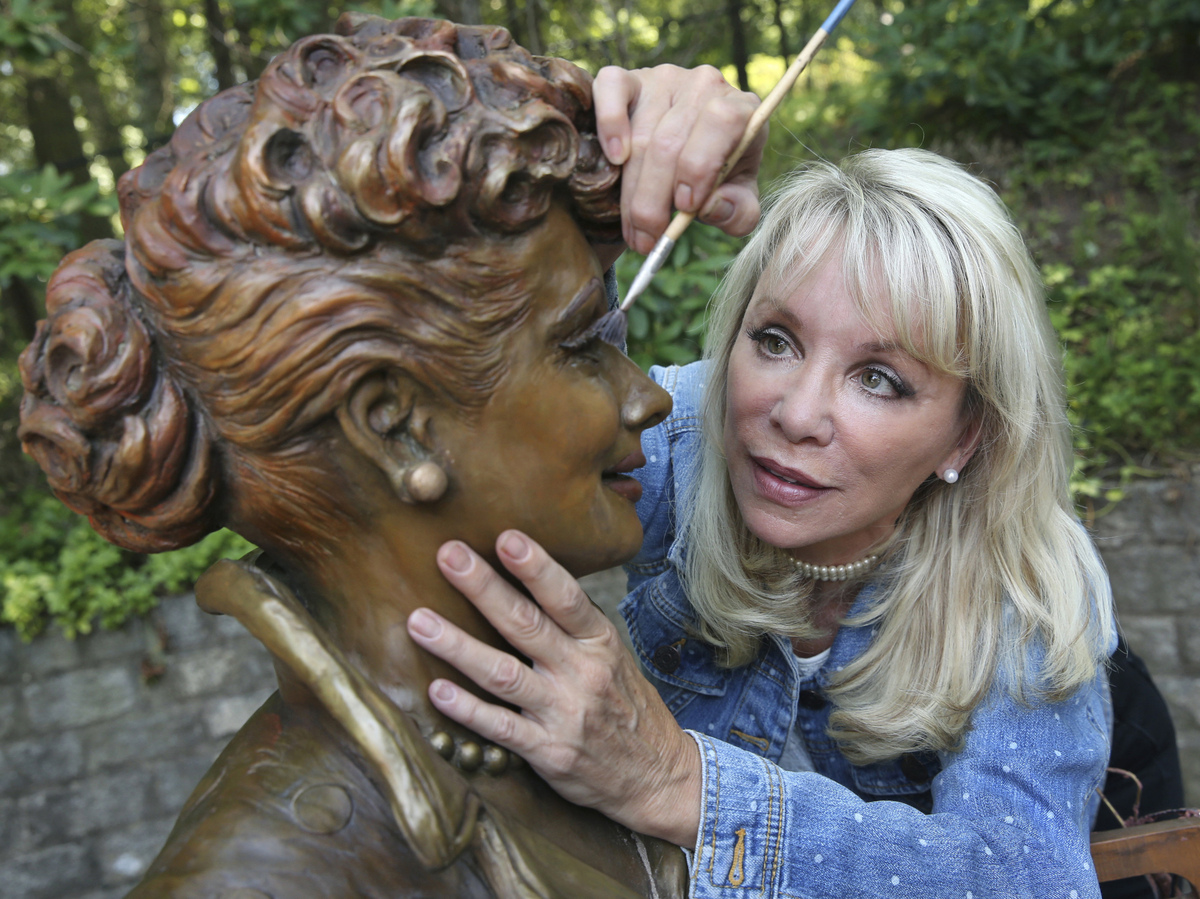 Palmer started her new creation nine months ago, a period during which she watched and rewatched episodes of I Love Lucy, the groundbreaking sitcom that made Ball a TV star in the 1950s.

Palmer says that research was key to capturing not just Ball's movements, but also a sense of the era.

"I not only wanted to portray the playful, animated and spontaneous Lucy, but also the glamorous icon," said Palmer. "I just hope that all the Lucy fans are pleased and that Lucille Ball herself would have enjoyed this image of her."

Palmer's other works include well-known faces and personalities such as Pope Francis, Franklin and Eleanor Roosevelt, Orville and Wilbur Wright, and Thomas Jefferson.

As for the "Scary Lucy" statue, it's moving to a different location nearby, because it has its own fans.